While I do love simple, fast projects, when it comes to knitting I prefer a little oomph. Whether it's self-striping yarn or new techniques I've never tried, I like having something different to look forward to as I work. My knitting goal for the year (is that a normal thing to have? Do other people set those?) is to become...I'll call it functionally literate...at color-work. And the Fimmel Hat was a great project for this (as long as we ignore the strands of yarn that kept wanting to get involved with each other instead of minding their own business). 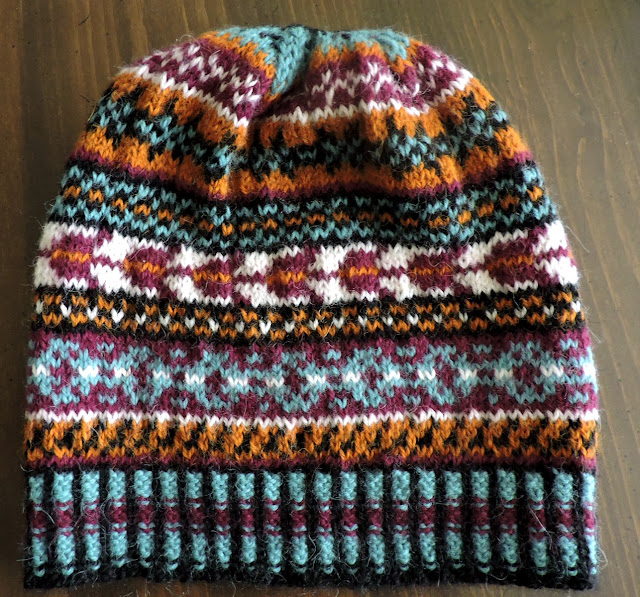 The pattern for this was available only if you bought the kit, and the shop has since shut down, so apologies for teasing you if you were interested (but if it makes you feel better I got the kit on sale). I believe the gold color was supposed to be more of a khaki color, but it still works. 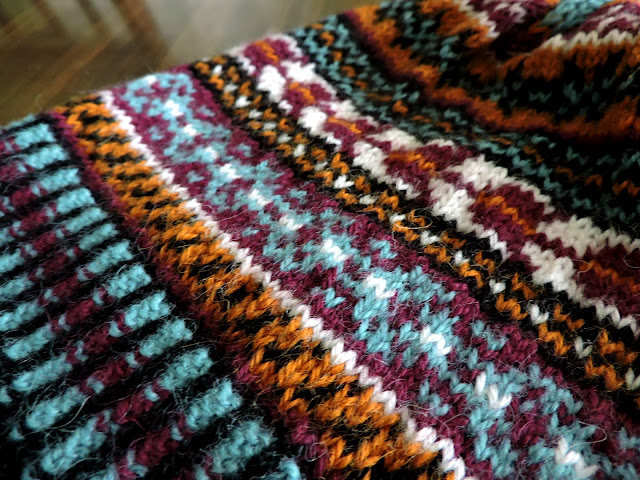 The yarn is 100% alpaca, which was a new fiber to me. I've always read that alpaca loosens a bit and can stretch way out, but this hat is small enough of a project that it wasn't an issue (though I certainly wouldn't make a sweater out of straight alpaca). Anyway, I like the little bit of haze the fiber gives.

I'm always in awe of pattern designers who are geniuses about decreases and increases, especially when color-work is involved. I mean....how do they DO that? Look at the crown of this hat (and ignore where I'm pretty sure I messed up a teeny bit, because you still get the idea)-- 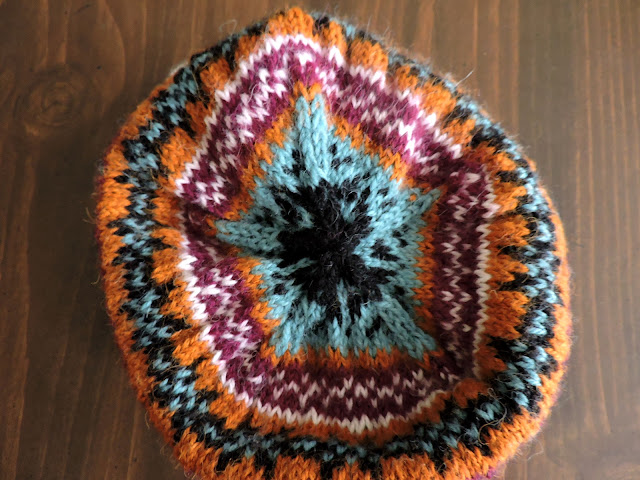 Now with stranded knitting, the most important thing to remember is to not pull those floats too tight or everything goes kerplooey. I was so focused on this that as I did the decreases and knit the top, I forgot that the hat would be cinched shut, and that those floats could be shorter. So I had to do some fancy fudge work to finish it off (but you can't tell because who turns a hat inside out and looks at the bind-off?). 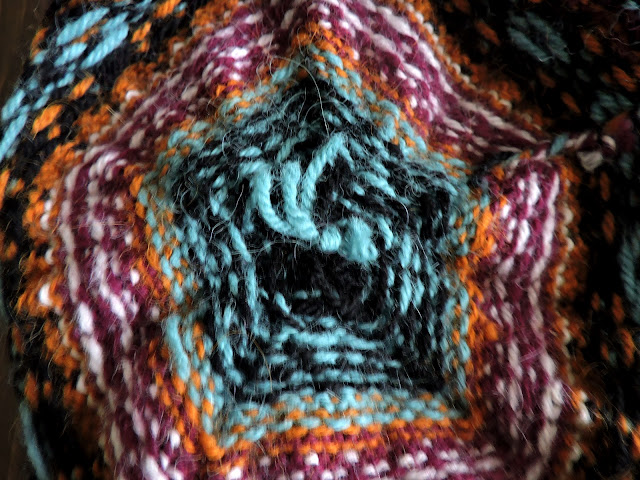 As I knit more things like this, I realize that one of my favorite things to do is to turn it inside out and look at the floats (in a completely normal and non-gloaty sort of way). 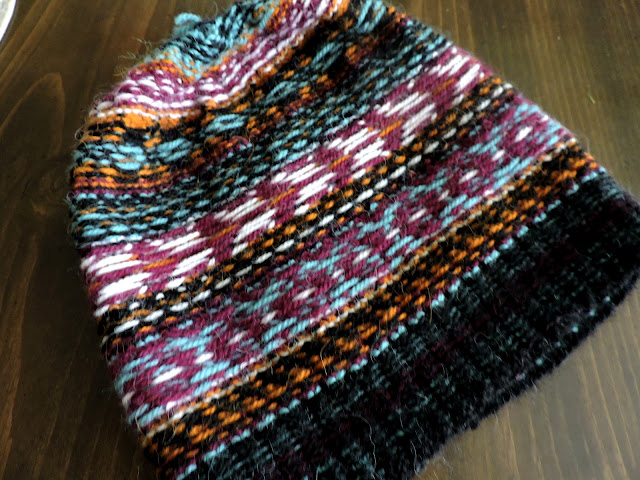 I neglected to take a photo with this on, I'm just now realizing, but it fits just right. The looseness of the alpaca is nice as it keeps the hat from being smashed on my head and is something I can wear without my hair getting that look about it, but it's not so loose that it falls off.

The pattern also came with a design for wristers, but I haven't attempted those yet. There were a lot of colors in this (though no more than two in any row), but they did love to twist and twine, and I very nearly chucked the leftovers in a rage due to far too many detangling sessions.
From the convoluted brain of Bethany at 11:03 PM 6 comments: