Popping in to say hello!

Hello, you wonderful people! I want to send you all a giant hug and a great big thank you for the comments and emails that resulted from my last post. They truly made me feel good, and I've gone back and read them a few times to boost my mood. So--thank you! 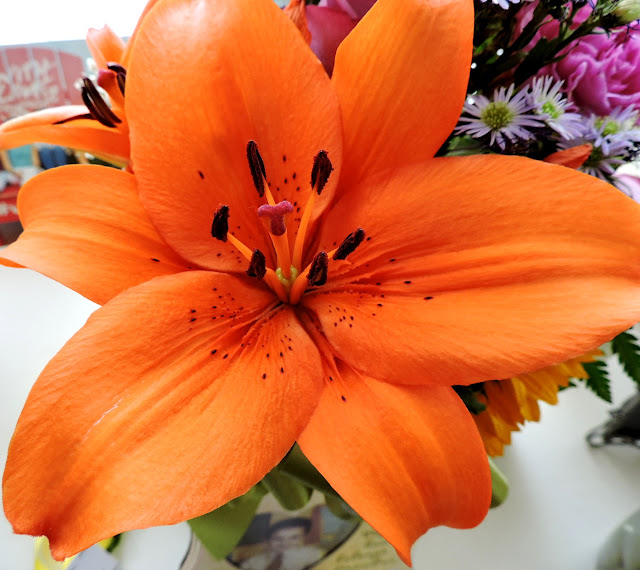 I received so many beautiful flowers from friends and family that it looked like a florist's shop in the living room for a little while. I absolutely adore flowers, so they were an instant pick-me-up. Every color you can imagine was represented! 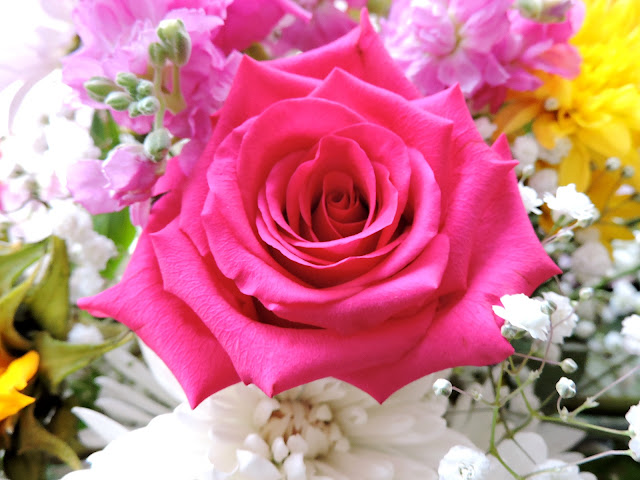 I often hear people say things like "Don't send me flowers! They're only going to die!" Which is perhaps one of the most absurd and depressing things I've ever heard someone say. Give me flowers over jewelry any day (and if I'm being honest, give me cake over either of those). 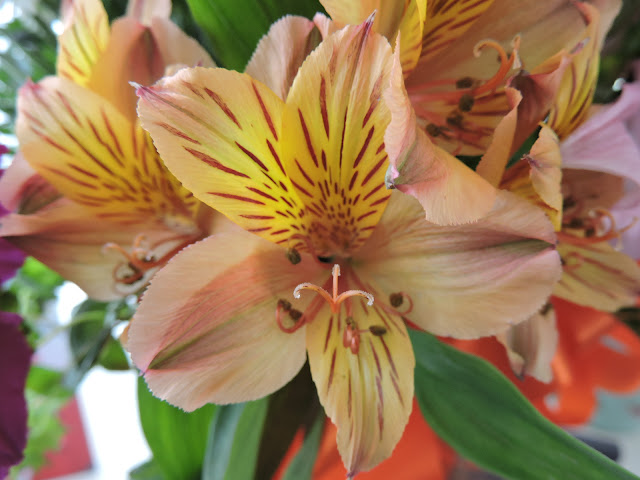 HOW could you not want something like that in your life? I find it endlessly fascinating the things that nature comes up with all on her own. 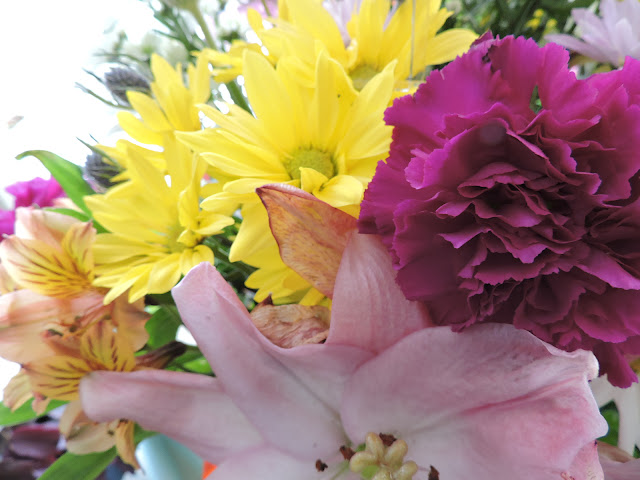 As for me, I'm doing really well. So well I am planning on returning to work on Monday. I've been so eager to get back to normal, but I know that tomorrow night I'll whine "I don't wanna go to work tomorrow!" (which is in itself normal, so I guess I've made it after all). 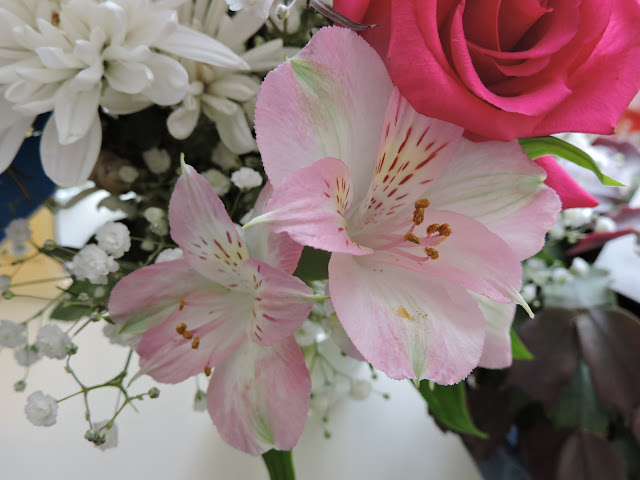 I've made some progress on my sweater (I'm fair-isling with three colors per row, and am convincing myself it's good therapy so I don't lose my mind over the tedium of trapping floats and remembering there's a third color). And I've got a bucketload of afghan squares as well. 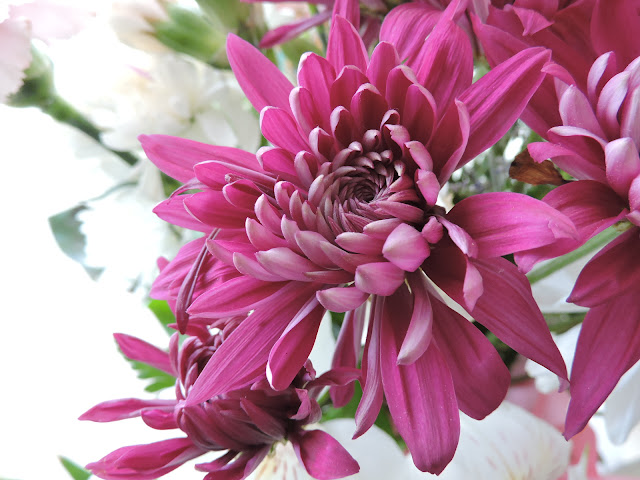 Since we last chatted, I've seen a specialist and he wants more tests before he confirms the diagnosis. He would not say what it was or what it wasn't, just simply that he "needs more information." Whatever it turns out to be (if not MS), I've been progressing well--I'm able to drive, the fatigue has lessened, and based on how much This Old House, Pawn Stars, and ER I've been watching I've got three viable career options if I ever want to switch things up. 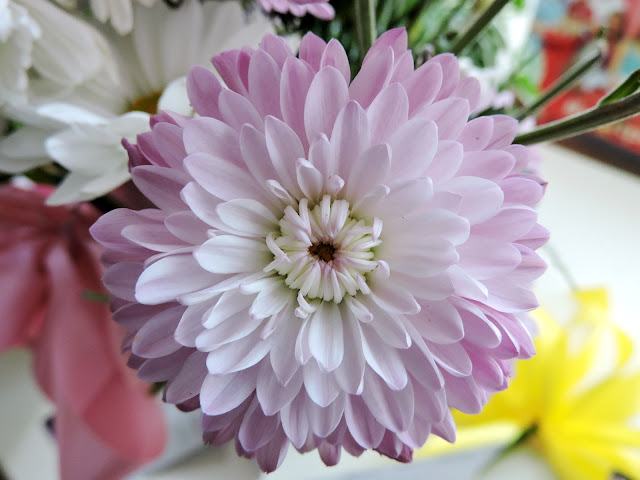 Improvement was gradual, but when I think that exactly a month ago I couldn't see straight and had a mind-numbing headache that wouldn't quit it seems like it just zoomed along. I am eternally grateful that I was born into a fabulous, supportive family that doesn't let you dwell too long and keeps it real (while bringing tea and chocolate upon request). 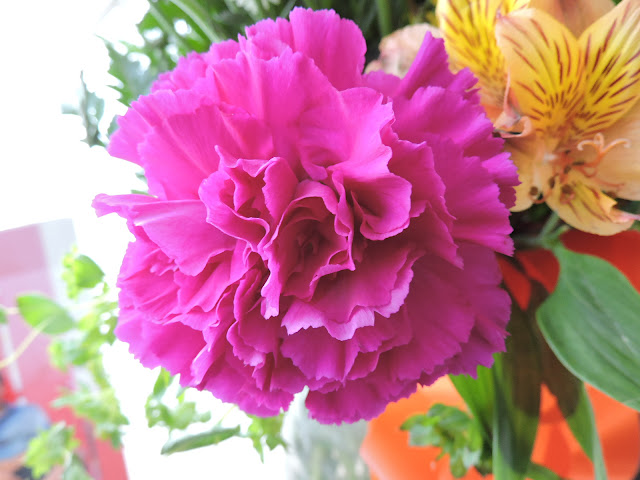 I hope to have some things to share with you soon, as I'm eager to start new projects. If it's going to be too cold to wear a new sweater, then I want to make things that remind me of spring. However, it's supposed to snow Monday, so I have no idea how nature works anymore. So on that note, I'll say Happy Easter/Passover/what's passing for spring, and see you soon!
From the convoluted brain of Bethany at 4:06 PM 9 comments:

Sometimes, it doesn't matter that you've made such great progress on a sweater that you think you might get to wear it before it's too warm to do so. Because the universe had other plans. 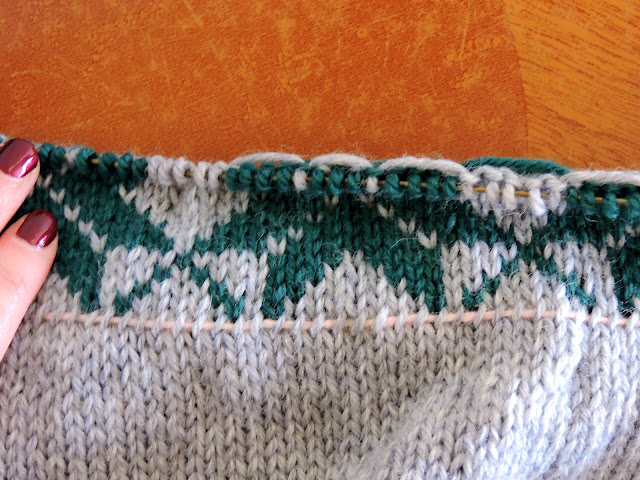 Sometimes, it doesn't matter that you bought a fabric bundle for the first time in ages because you saw a picture of a quilt using it and got a bad case of the must-haves. Because the universe had other plans. 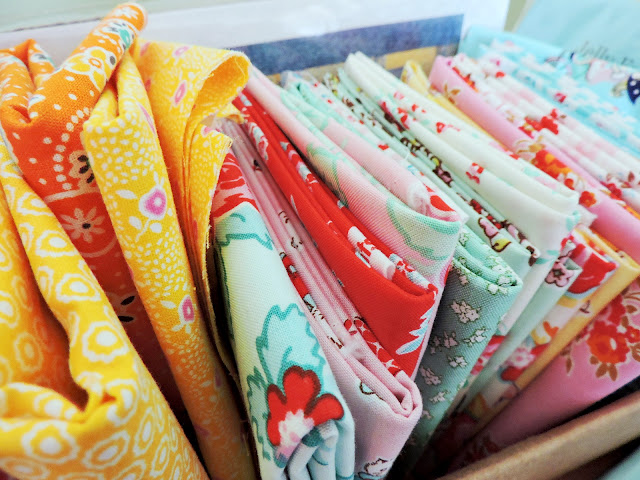 Sometimes it doesn't matter that you're not very good at something; it can still be therapeutic and fill the hours. Because the universe had other plans. 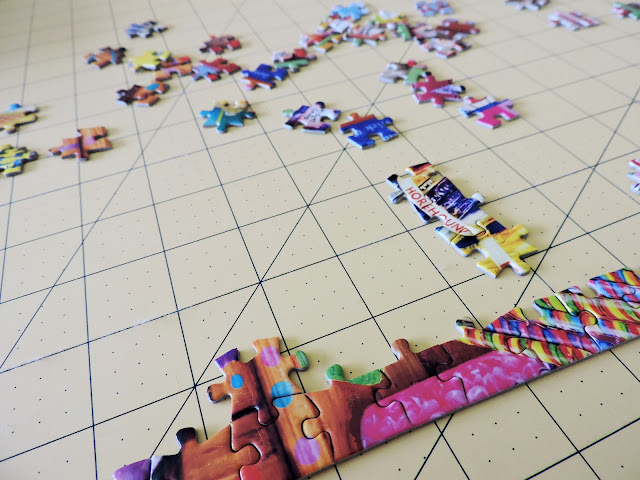 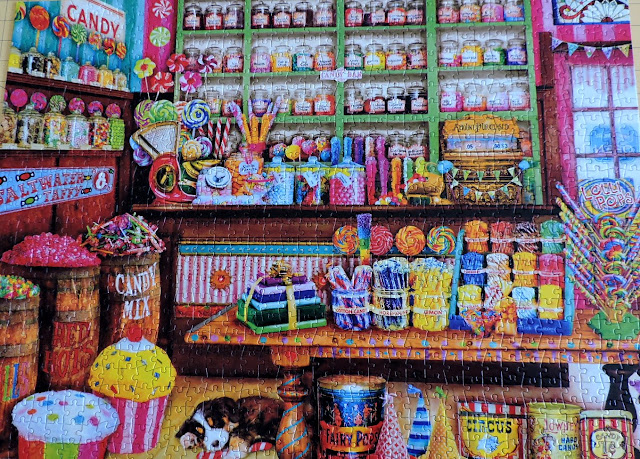 And sometimes it doesn't matter who gave you flowers on Valentine's Day (a right loony-toon, if you're curious, haha). When the universe has other plans, it matters who gives you flowers after your world turns upside down. 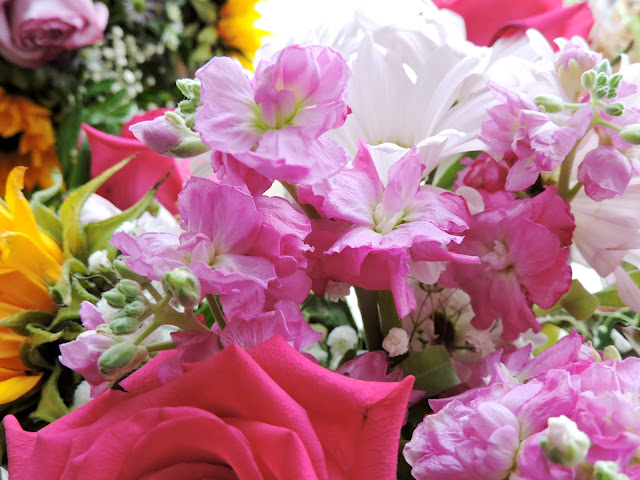 Because sometimes, vertigo isn't vertigo. At all.

I've written and rewritten this post in my head a zillion or so times. I've struggled with putting this out there in the world. But we've been pals for a while, so I thought I'd share.

About three weeks ago I was rushed to the emergency room in the middle of the night with tingling and numbness down the left side of my body, and eyes that wouldn't sit still. It was a struggle to open my eyes to do anything; if something can move in fifty directions at once that's what EVERYthing was doing. I was fairly calm, yet terrified at the same time (can that happen?).

I was poked, prodded, scanned, scanned with contrast, scanned again, and asked for a sequence of events enough times that if they asked me again I might have said "Just read what the other person *%@#$^ wrote!!!" I had a lumbar puncture with one cranky guy ("Sit still! You're moving!"---OK, guy with a needle in my spine while I can't even sit without someone holding me up. Calm yourself). I had a very hasty neurologist fire questions at me like a drill sergeant ("What's in your left hand? What's in your right? Is this sharp? Is this soft? Come on, come on, is it soft?"). Not to mention the usual hospital antics (gowns with slits in the back, assisted bathroom breaks, being woken up every two hours for vitals, injections, and what have you). And phrases I never thought I'd say to my mother ("Mom, this is Tom. Tom gave me a bath and I didn't make him buy me dinner first").

So, after being told I don't have Lyme disease, or lupus, or meningitis, I learned that I DO have multiple sclerosis (MS). If I wasn't already on my back in a hospital bed (for almost a week), this would have knocked me over for sure.

All of the things they said can contribute to this are not present in my life (smoking, family history, harmful environmental factors like working with chemicals, etc). And there's nothing you do to cause it. You just go to bed one night like you usually do. Then you wake up feeling weird, and a week later you're sent home with a walker, and instructions on how to inject yourself.

It took almost two weeks for this to fully hit me. Each day was a struggle and a triumph. I'd feel myself getting better, and then I'd have a wee setback. But for the past few days, I've been moving along unassisted (a bit slower, and sometimes unsteady), but making good progress. After putting on no makeup and having my hair pulled back, I'm back to my normal look (including contact lenses and mascara). My vision is back to normal. And the skull-crushing headache I had for ten days has finally gone.

But I'm still me. My hands still know what to do. And yarn and making things still calm me and feed my soul. 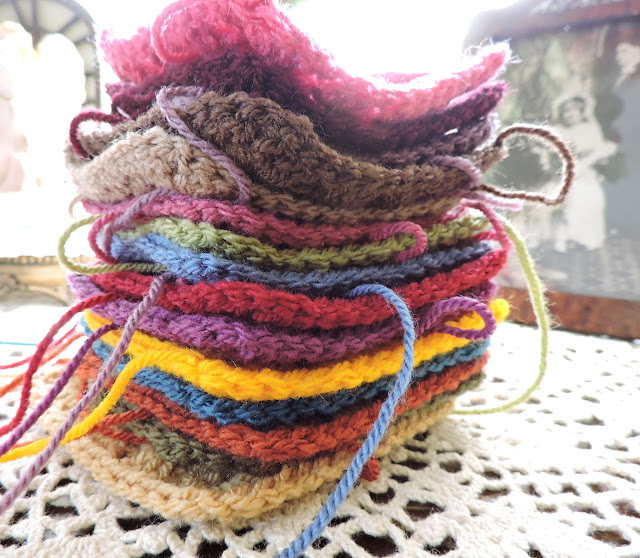 A pile of granny squares has proven a triumph. The first few felt foreign, as though my hands didn't know what that hook was for. But that wee pile there has grown even more. As I stitch, my brain ponders what it wants this blanket to look like on the flip side. A riot of color? Color muted with a neutral? Anything's possible. Because the universe might have plans, but I have other ideas.
From the convoluted brain of Bethany at 3:23 PM 13 comments: