Hi people! I'm down to the next to the last block in this series, and although I've lost my excitement over this project I'm still going to finish. I'm not sure if it's because the quilt itself is not exactly my style, or if it's because it's just almost a year and that feels like a long time for something simple. But anyway, almost done. I submitted my guess for who the whodunnit, but when I look at the blocks and read the bonus clues and so on, I still have no idea. I don't know if real detectives would ever get anywhere if they had to solve crimes in this fashion. 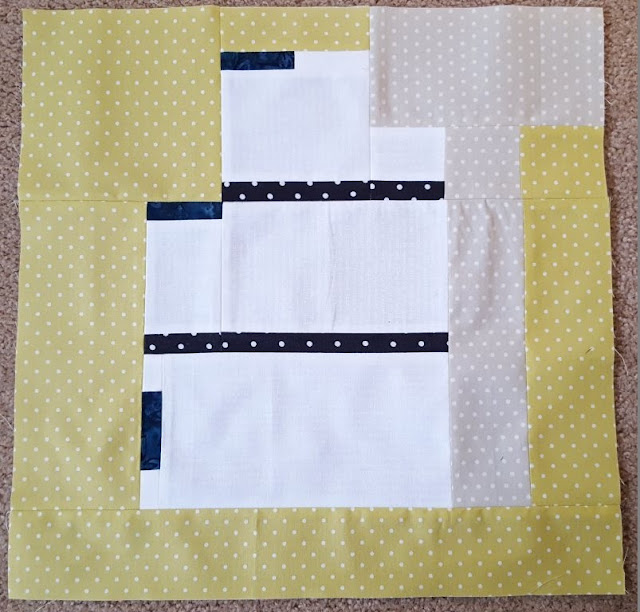 And here are all the blocks together-- 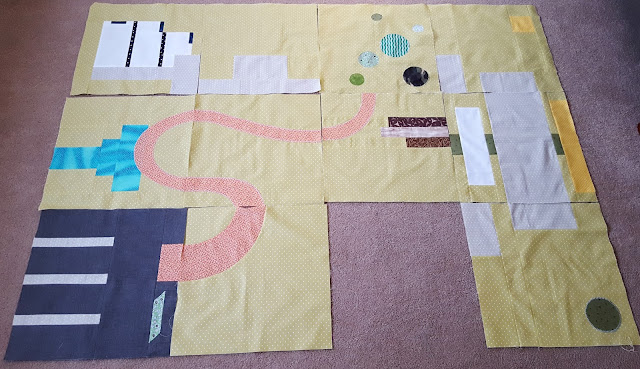 According to the block eleven bonus clue--this is a completely incorrect layout. But I didn't do much better following the clue, soooo... It would seem like a decent idea to just stop working on this, but there's a prize basket drawing for correct guess, and another one for completing all of the blocks. And even though being randomly chosen is a slim chance, I always have that hopeful thing that it's gonna be me, so I can't quit now.

The good news is this is almost over and you won't have to see quilt blocks that make no sense to you anymore. The bad news is--tomorrow is December already.
From the convoluted brain of Bethany at 9:40 PM