With two solid weeks behind us, I don't want to be one of those people still saying 'Happy new year!' so I'm just going to say 'Hey! I hope the new year has been good to you thus far!' Some weather, huh? We had a deep freeze that lasted from Christmas through to last week, a few days of spring temps, and now we're back to freezing. Thank goodness for hand-knit socks.

When I went on that knitting retreat in Vermont, one of our instructors was Lars Rains, Mr. Modern Lopi. His class was on how to make a perfectly fitting, bottom-up yoked sweater (think of the iconic Icelandic lopapeysa). My knitting goal this year is to hone my get some color work skills. I did not want to plunge right in with a sweater, but Lars designed a kit for his class attendees that looked like a great first try. I have been looking at it every day, forcing myself to finish all the other things before I even touched it. And now my first project of 2018 is off the needles. 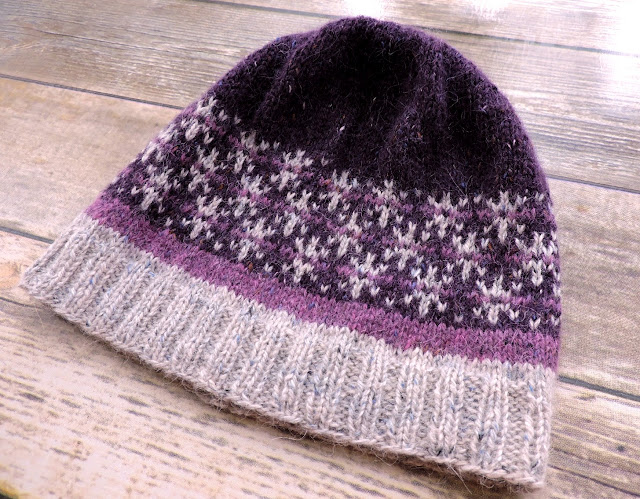 I checked online for a few videos on carrying strands properly and getting good tension, and then I cast on. The yarn provided was Rowan Felted Tweed (a wool, alpaca, and viscose blend). It was soft and fluffy, and a lot of fun to knit with. It's not even close to the strongest yarn as it's very easy to break by hand, but for a hat it's light and warm, and I love the softly muddled stitches.. 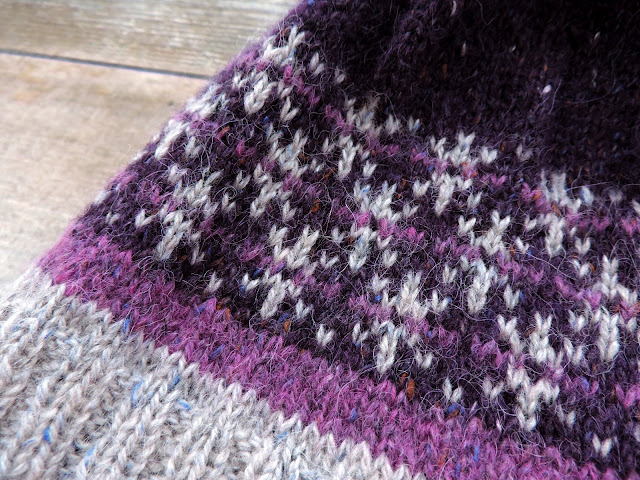 I did the snowflake portion twice--the first time I goofed on the count and had a bunch of amorphous blobs. So I frogged back to the purple stripe and did it again. This worked well as by that point my tension was feeling good and looking better, and I remembered that I had learned to count in kindergarten so the charted portion came out just right. 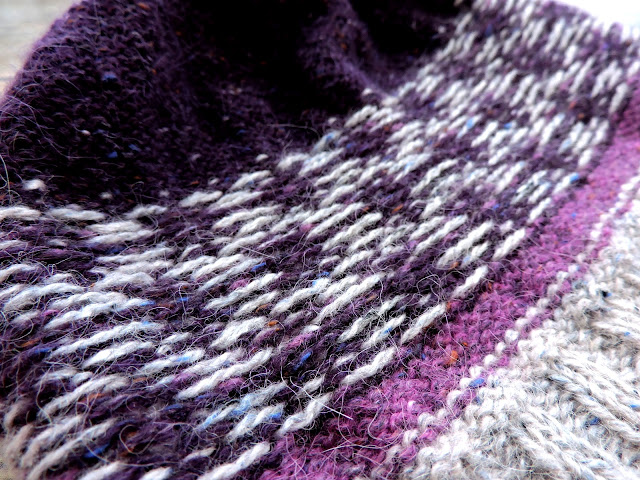 My floats seem nice and even, and there was still good stretch to that portion of the hat. I was reading an Elizabeth Zimmermann book where she discussed floats, and she said (as others have) that it's better to leave them a little longer than you think, and if you're using wool (in her opinion why wouldn't you?) those fibers are going to start sticking to each other pretty quickly and the floats will lock themselves in place. This yarn is quite 'sticky,' so they'll be staying put. 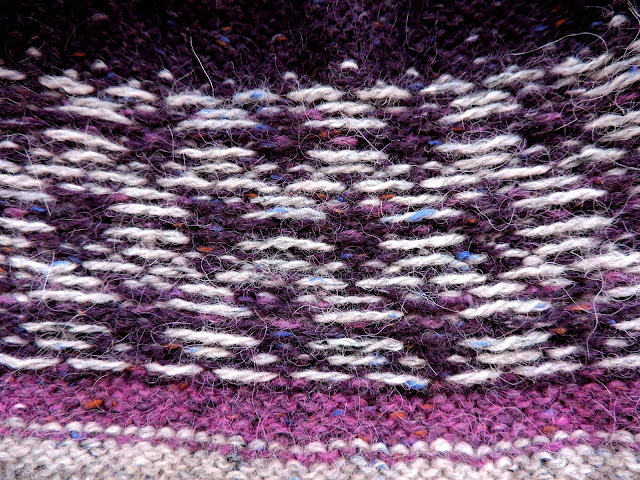 I had a lazy pajama weekend for the majority of it, so I wasn't going to model the hat for you (you're welcome), but it looks just like the pattern picture. 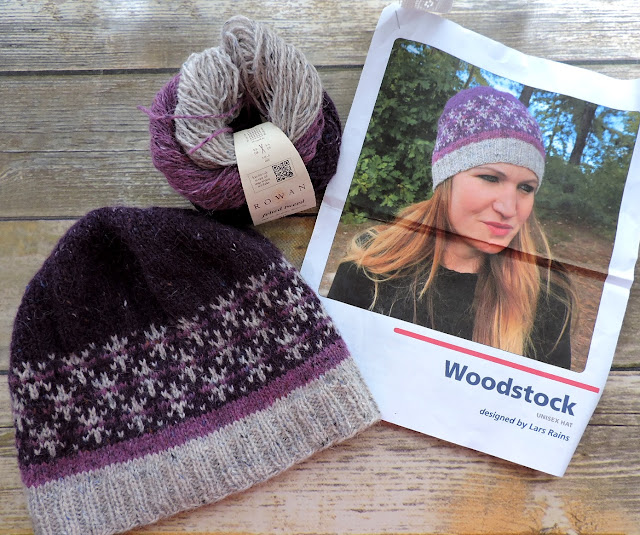 The only thing I did different was use a larger needle size. The ribbing was to be a US 3, and the rest of the hat a US 5. I used a US 4 and 6 (I couldn't find my US 3 needles); I'm thinking the recommended needles would have been just right as this hat is slightly loose. I personally think it's fine as I don't like snug hats, but I don't really wear hats so I gave this to sister Alicia. It stays put nicely and doesn't feel like it's squeezing your brains out, so it's probably okay.

I'm quite happy with this as a first try. A few more successful pieces and I might be ready to cast on that sweater.
From the convoluted brain of Bethany at 11:25 PM