Not much fauna, but there's certainly flora!

My craft fair busy-ness has passed (thank goodness--it can start to feel like factory work after a while) and now I have a nice lineup of custom orders to get to.  I was able to knock one off the list tonight.  I took a pinch of this and a pinch of that: 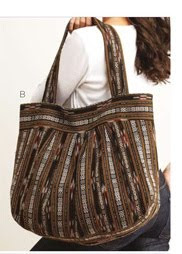 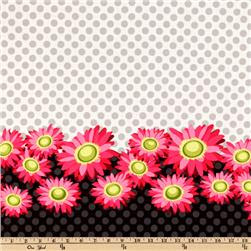 KwikSew pattern #3749 and Michael Miller's 'Flora and Fauna' in Stone
...stirred in a few stitches...ate some Reese's Pieces...and ended up with: 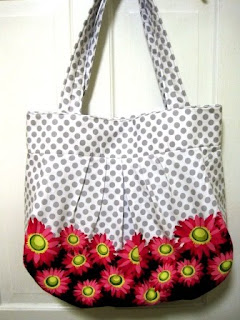 Ta-da!!!!!
She's pretty big, weighing in at 18 inches wide by 16 high by about 4 inches deep.  The person I made this for wanted a big bag, and boy is she getting one!  She has a nice curvy gusset, and the top border on the inside is the same gray and white polka dots as on the outside, so it has a nice look to it, almost like something you'd see in a store (but better because no one else has it). 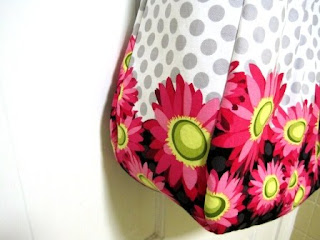 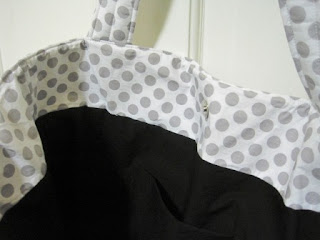 It took some creative cutting to get those flowers to line up right--I neglected to think of this when I ordered the fabric, but I'm pleased with how it worked out.  And the inside has a drop-in pocket and a zippered pocket.  It's pocket-tastic!
This was actually quite fun to put together.  There was enough to pay attention to that it wasn't boring, but it was simple enough that it wasn't frustrating in the least.  Plus it has pleats! I think pleats are great fun to sew...maybe just because if you take your time it really adds a zing to the bag, or whatever you're putting them on.  Next time I might try adding some piping--but then again...I might not be able to handle that much fun.  And it's not just me--other sewing geeks know what I'm talking about :)
From the convoluted brain of Bethany at 10:52 PM