A few weeks ago I was contacted by some folks to see if I'd like to try out some Sugru. My first question was "What the heck is Sugru?" except I used another word instead of heck, teehee. I had never heard of it; have you? Well, it's a moldable adhesive that has oodles of uses. You take it out of the package, work it and mold it to fit your fix, and then let it set to air cure, where it turns into a rubber that is permanently adhered to whatever you stuck it on. It can be used to fix wires, put bumpers on electronics as a shock absorber if they get dropped, and even for crafts. It has a LOT of uses (click here to take a gander).

So here's the package I received in the mail-- 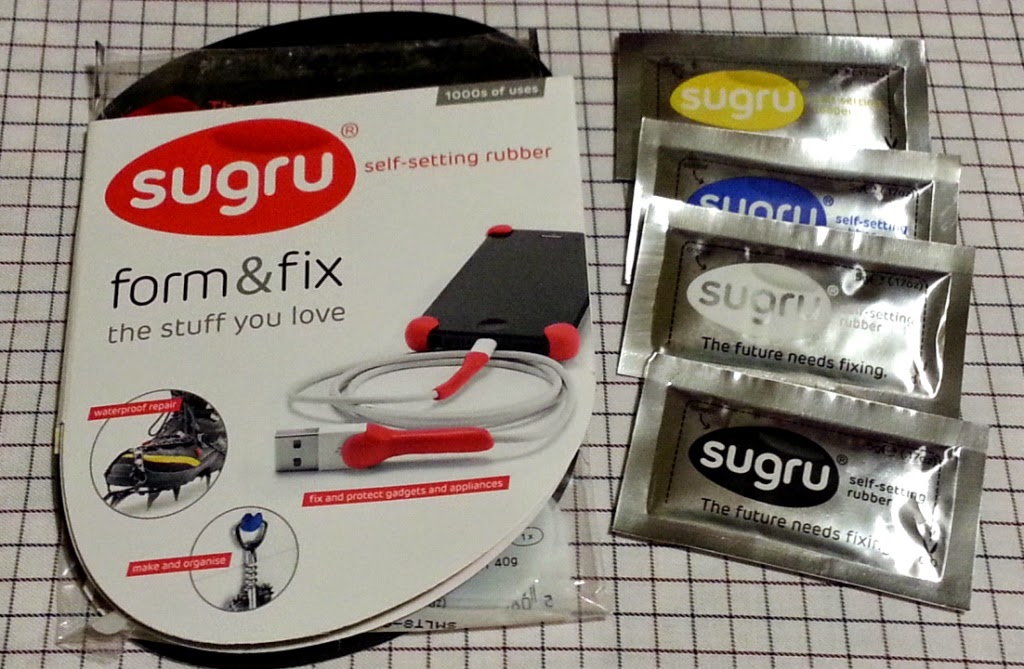 I received two packets of each color, including red (but I used both and didn't take a picture beforehand). I couldn't think of anything I needed to fix, so I thought I would try and make a stamp as I'm thinking of Christmas crafts and stuff. I used the red, and stuck it to the end of an empty thread spool. I smoothed it out and all that jazz, and let it set for a day. I will not be showing you that adventure. I did create a stamp in the academic sense--I drew a design and chiseled away the excess, and it did indeed leave a stamp when ink was applied. The issue was that I'm the one who drew the image, and I am so lacking in drawing skills that what I ended up with was not good (but hey--it did work as a stamp, so if you're good at that sort of thing it could be an idea).

I wanted to do something I could show you, though, and was having no ideas. Until I hemmed a pair of pants. I have previously proclaimed to you the virtues of my tailor's awl and recommended that you get one. Here is what the business end looks like-- 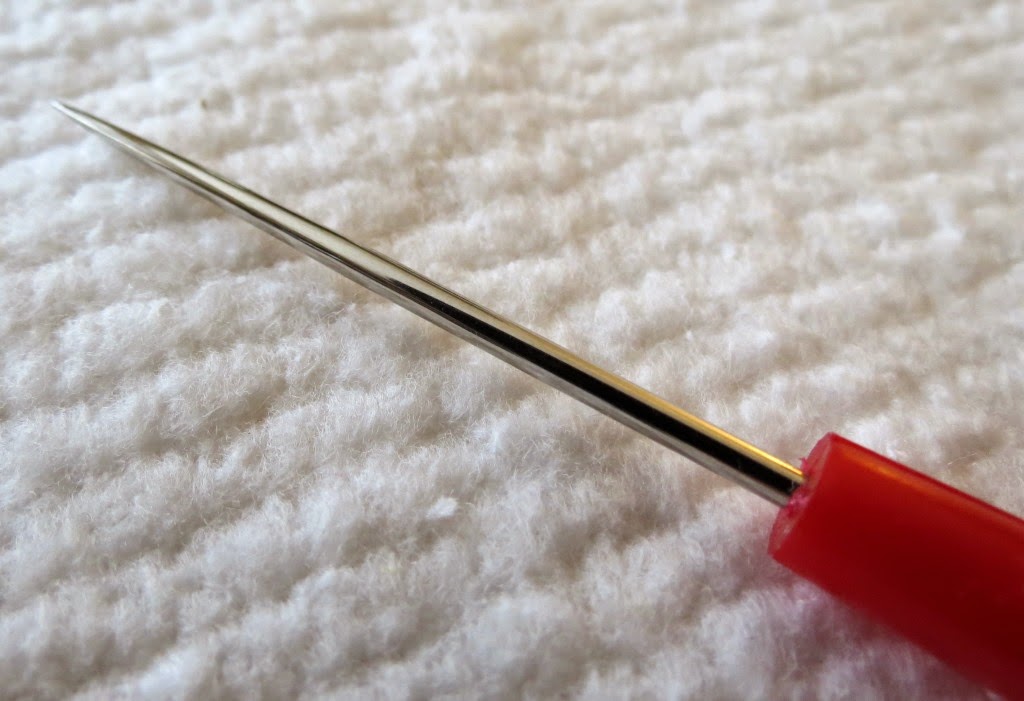 If you extended that photo you'd see a rounded red handle. Very plain, very basic. Very rolly. Like...don't expect it to be where you put it down because it will roll away and laugh at you as you grope for it. It's almost always on the floor, and I live in fear that it will land at an odd angle and I'll step right on it. I haven't been able to find a solution. Until now. Enter Sugru.

I don't have any photos of this part, but I opened a packet of Sugru, which looks and feels like Play-Doh, rolled it around a little bit, and then molded it around the handle, smoothing it out as evenly as I could by rolling it around in some wax paper. I then used a ruler to flatten the sides a bit. I stuck the tip of the awl into the end of a spool so it would stay standing up and not cure to my sewing table (which would be the total opposite of the current problem, haha). The next night I checked it, and it was all set up. There was no tackiness to it, and it didn't dry rigidly but as a hard rubber, just as described. And now my favorite tool will stay put, and my toes will be safe. 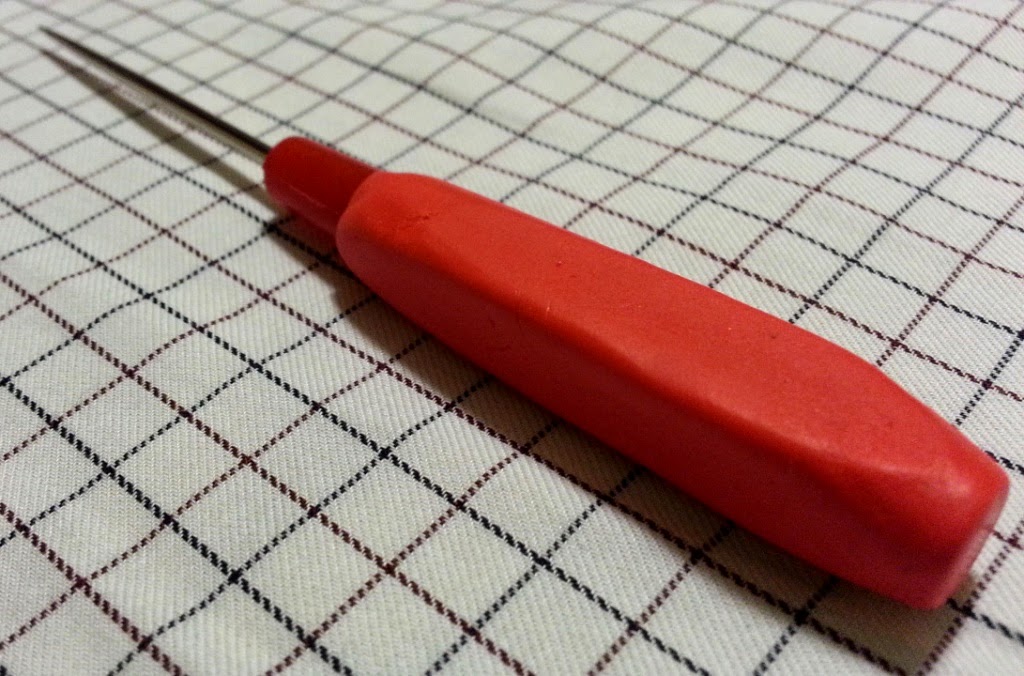 I'm quite pleased with my little fix. The Sugru was easy to work with as far as the molding goes, and I liked that I didn't have to cure it in the oven (I've tried that with things before and have had nothing but utter disaster). My crochet hooks all have bamboo handles on them, but if they didn't I would totally wrap them in this stuff. It feels nice in your hand, doesn't smell funny, and really seems to be stuck on there.

If you're interested in trying it out, you can take a gander at the Sugru website. I'll be honest--it's not terribly cheap, but it's a really nice product and comes in a nice variety of colors. Plus I like that someone had an idea for this thing years ago, and just kept at it until they were happy with the product and what it could do, and have been working hard to get this into the marketplace (as opposed to some huge corporation coming out with yet another idea--the small biz aspect is inspiring). In the near future the Christmas decorations will be coming out, and I'm pretty confident I'll find a few more uses for this stuff.
From the convoluted brain of Bethany at 10:44 PM