I'm not sure how widespread the weather coverage was over the weekend, but you may (or may not?) know that a blizzard came to visit over the weekend. My personal feeling is that they played pretty fast and loose with the term blizzard (Laura Ingalls Wilder was laughing from the beyond, I'm sure, as to what we modern-day folks call a blizzard), but that's not to say there wasn't a lot of snow (22 inches in Philadelphia) and that it wasn't windy. There was, and it was, but I didn't find it to be so much worse than any other storm we've had recently (and we've had several). ANYway, it snowed a lot on Saturday. And I had a perfectly good snow day--I drank lots of tea, I knitted, I took a class on Craftsy and started another on Creativebug (I'll share more soon, I promise). 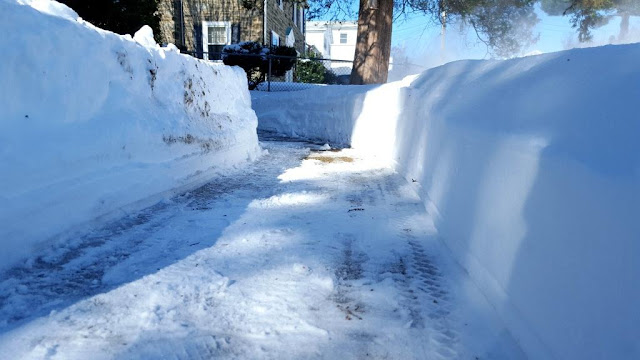 This year, or I guess last, we made an executive decision to buy my dad a collective Christmas present of a snow blower. He has balked for years, but let's be realistic--nobody wants to know that person that keeled over while shoveling or be involved in that situation. And although the general attitude was "Yeah, it saves some work" he was secretly overjoyed to have it. When you have a lot of property to dig out, even with help it's a major chore. I almost ran to Home Depot to get another one, haha. We thought we bought the biggest model we'd ever need, but it seemed really small amidst all that snow. However, he was determined to get almost every flake. My sister, my mother, and I were all standing there with shovels ready to help, but he got angry if we tried to dig as he was hell-bent on getting the most out of his new toy. So my sister went to help a neighbor, and then I went to help, too, so I could feel useful. I was counting on shoveling being a nice chunk of exercise this weekend, but I guess not (not really complaining, though). 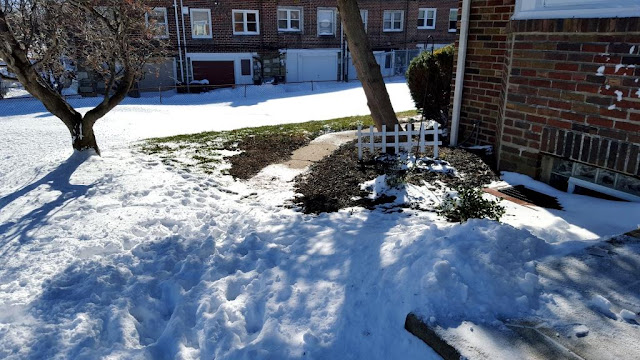 The dog was a bit confused. Some of the yard was bare to the grass due to the blowing and drifting, and other sections were so deep he needed a boost. He was happy to go back inside where all surfaces are stable and warm. 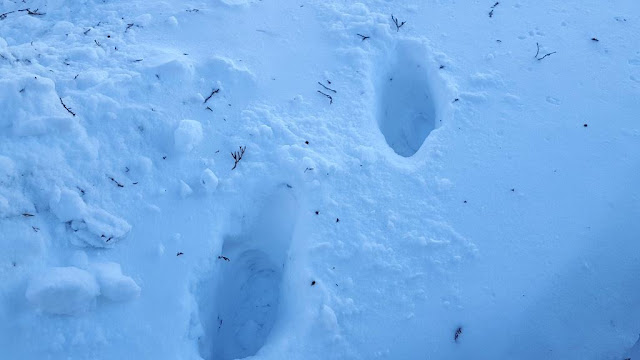 The snow had that deceiving crust that felt firm, and then after about two seconds you'd sink straight down to your knees. Impossible to look elegant (not that I'm exactly known for that). 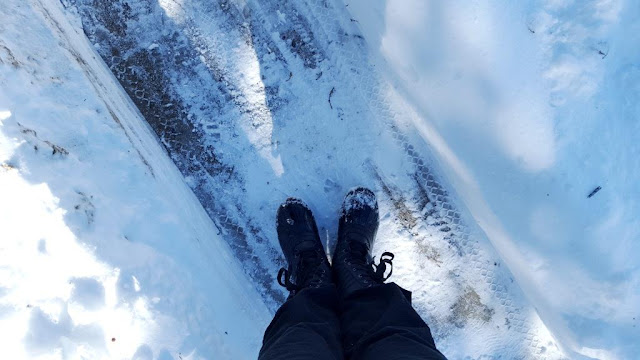 I bought those boots at Target a few years ago for twenty dollars. And they're awesome. I love them. They're warm, and ridiculously comfortable. A few years ago we got snow (in varying amounts) almost every day. I practically lived in these, and felt sad when I had to put on real shoes. 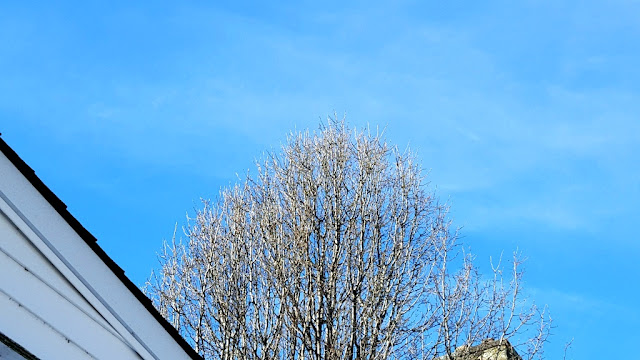 The sky was such a brilliant shade of blue, and the sun so warm, it was hard to believe snow had fallen for twenty-four hours (although I'm quite sure the plow operators could believe it--some of them probably just went to bed this morning). 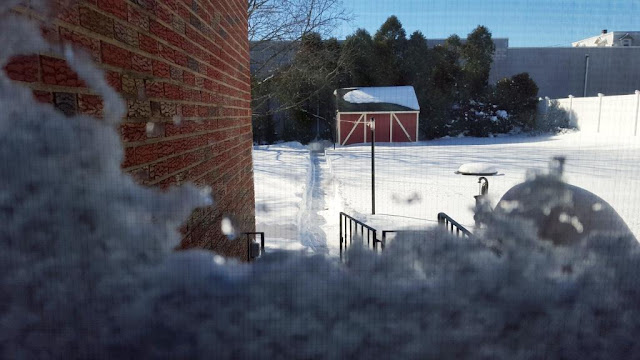 It always amazes me that people are always saying "I can't believe this!" And I just think "You live in Philadelphia, and it's January. It snows." But maybe I'm biased. I'll take snowy days any time over those hundred degree heat waves we're prone to on the flip side of the solstice coin.
From the convoluted brain of Bethany at 12:43 PM