I had so many things I wanted to get done during my week off from work. And I didn't really do any of them. I decided I absolutely without-a-doubt I had to knit up one last project, which led to one other project and a game of yarn chicken from which I just barely emerged the victor. But you know what? I can do all that other stuff on any other day. Holidays are made for whatever you want. And I wanted to knit. 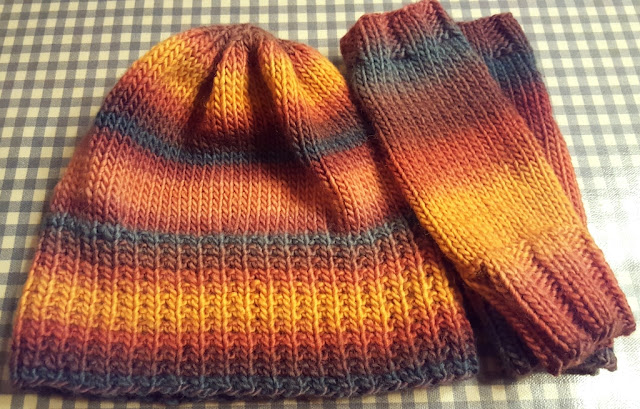 The yarn is Chroma by Knit Picks, worsted weight, in the Vermont colorway. I had received this ball of yarn free with a purchase of such-and-such-a-total that I don't remember. It seemed like it had a kind of loose twist, so I didn't jump to knit with it. But let me tell you, this stuff is gorgeous. I did a very light steam block, but it barely needed it. 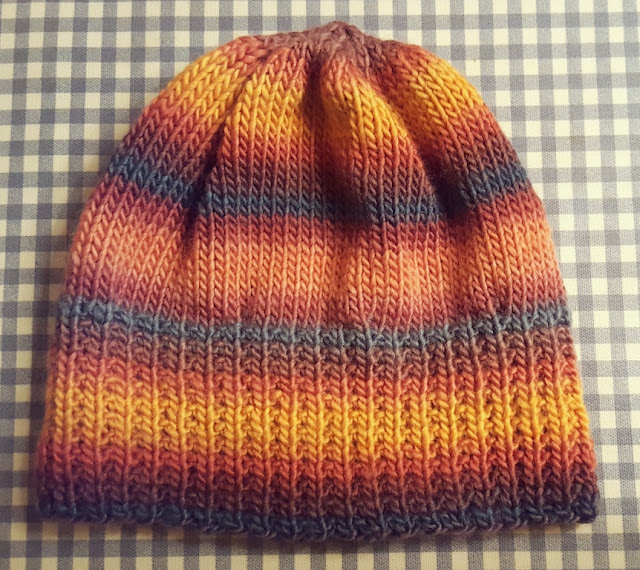 The colors are a little more muted in real life as these are evening photos in not-great lighting, but they're not far off. I found the pattern (free!) on Ravelry and followed it exactly as written. The only change I would make is minor--there is one round with increases, and it's a kfb increase, which is visible. I would use a make-one increase, as it's pretty invisible. However, the increases are evenly spaced so I'm not twitching over it. 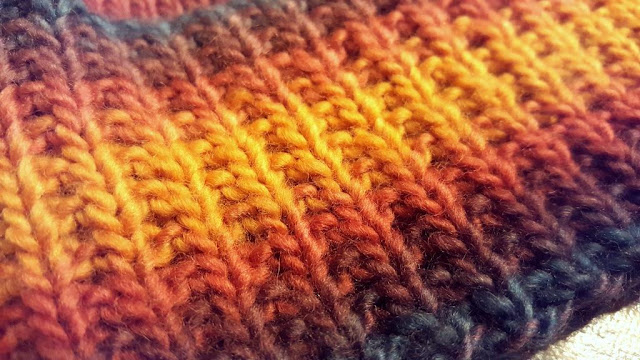 This is my new favorite kind of ribbing--the mock rib. It's just as stretchy as regular ribbing, but I really like the look of it much more. 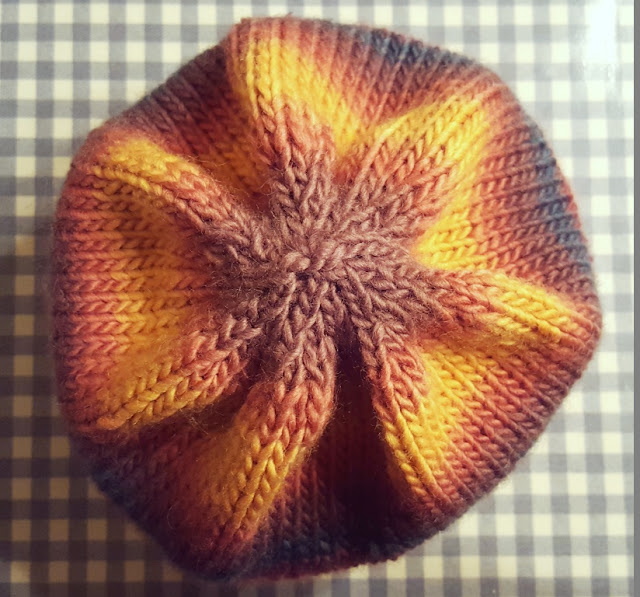 The gathers formed by the decreases of this modestly slouchy hat make a really pretty effect on the top of the hat, especially when combined with the soft stripes. I started off on sixteen-inch circulars, and then transferred to double-pointeds for the decreases.

It took me two evenings to finish the hat, but it was a pretty relaxing pace. I had enough left over that I thought I should be able to get something out of it, so I weighed the remainder (I used a digital kitchen scale, this one to be precise), figured out how many grams per yard, crossed my fingers, and then uncrossed them because you can't knit that way and went for it with a pair of wrist warmers/fingerless mitts. 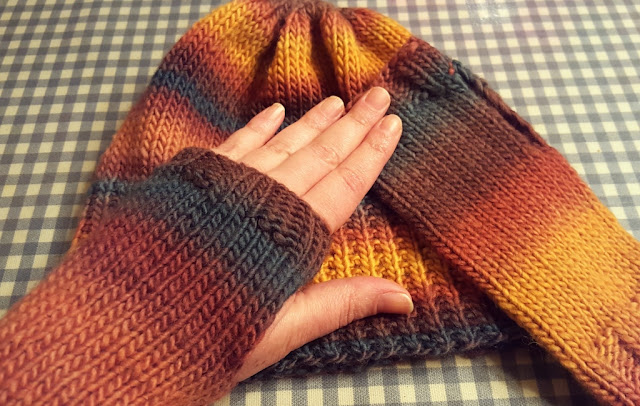 The pattern is actually quite simple, and I've written it out here (they end up about nine inches long, maybe?) and fit my hand nicely at just under four inches across.

Using size 8 US dpns, cast on 30 stitches, and divide these across three needles in multiples of three (I did nine, nine, and twelve).

Rounds 1-14: k3 p3 rib all the way around
Rounds 15-35: knit
The thumb-holes are knit back and forth, starting with a wrong side row. So for this section:
Row 1: sl 1 purlwise, purl across
Row 2: sl 1 purlwise, knit across
Repeat these two rows five times for a total of ten rows.
Now we're back to knitting in the round.
Rounds 45-49: knit
Rounds 50-55: k3 p3 rib around.
Bind off in the ribbing pattern, or with this stretchy bind off (which I wish I had done, actually).

Not bad for a free 100g of yarn, eh? The hat used 56g, which left me with 44g (or 22g for each wrist warmer). I wasted not a single inch of this stuff, and am oh so pleased with my new duds. Now if it would just get cold I could wear them.
From the convoluted brain of Bethany at 9:36 PM