If not for some family intervention, it appears that I would have neglected my wee blog for the entire month of June. But! I have an excuse note. I've got some sort of bronchial thing happening for the past few weeks, bad enough that I missed a few days of work, and several other days sitting on the couch feeling quite poorly. I think I'm finally at the end of it, thankfully. A friend of mine moved house, and the windows are all non-standard sized, so she bought curtains and asked me to alter them, which I've been doing since last weekend. I've been knitting a sweater, which I think I'm going to love so much I might marry, and binge-watching 'Peaky Blinders' on Netflix. So unless you wanted to see a pile of tissues, a pile of curtains, or a very unfinished sweater, you can see why I spared you the details.

However--we've had a few little things going on. 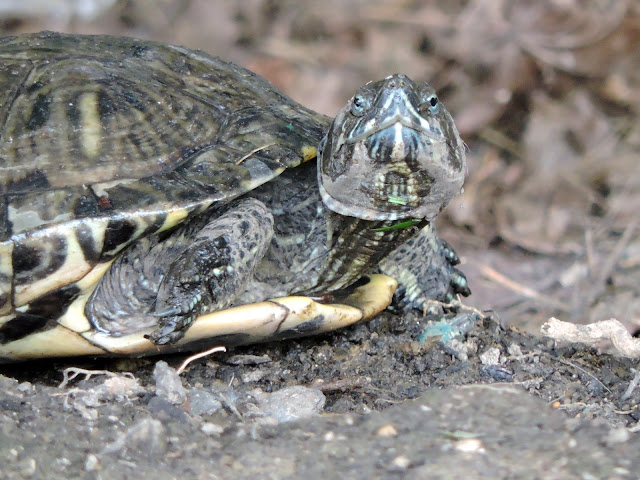 This is Warren Gomez. My dad insisted he was in the window well under the living room window, but when I went to explore he was gone, and my dad was absolutely flummoxed. About a week later I overheard him tell my mother he was going to get the turtle (or is this a tortoise because he's on land?) out of the window well, and I went running for my camera, completely forgetting how annoyed I was with him that he was back and he didn't tell me. No idea how he got in and out, though. He was unceremoniously placed on a dirt pile way out back, and would not move while we were standing there staring at him. So we left him alone, and he skedaddled. I put this video on Instagram of him escaping under the fence. Don't ask about the name, because I don't know--these things just pop into my head. 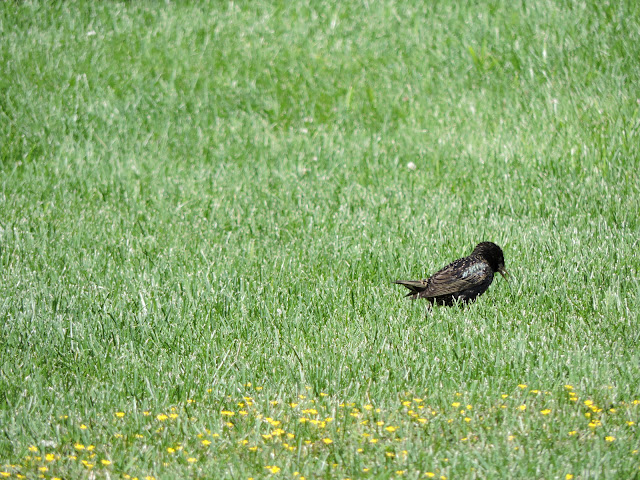 There is this big fat robin hanging out in the backyard. He/she must be aware of what a camera looks like because every time I try to take his picture he flies away. I finally got so fed up trying to take its photo near this little yellow flower patch that I used this substitute bird instead. 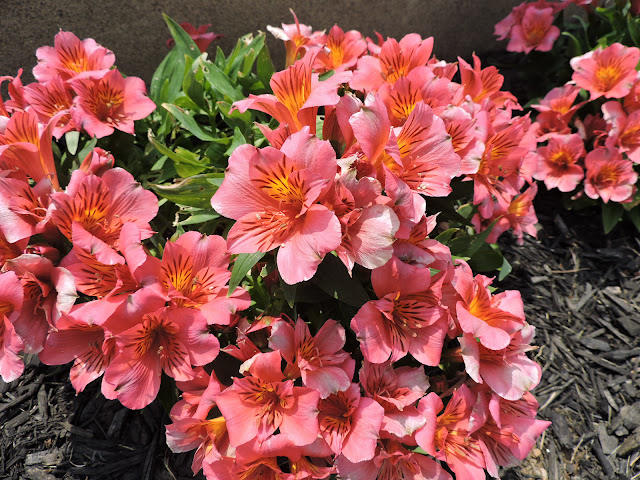 I'm not sure what these are, but they are the most delightful shade of pink. I have them on my list of things I want to try to recreate in watercolor. There are a lot of things on that list because the list consists of one item: "Things that look like actual things." Gotta have goals. 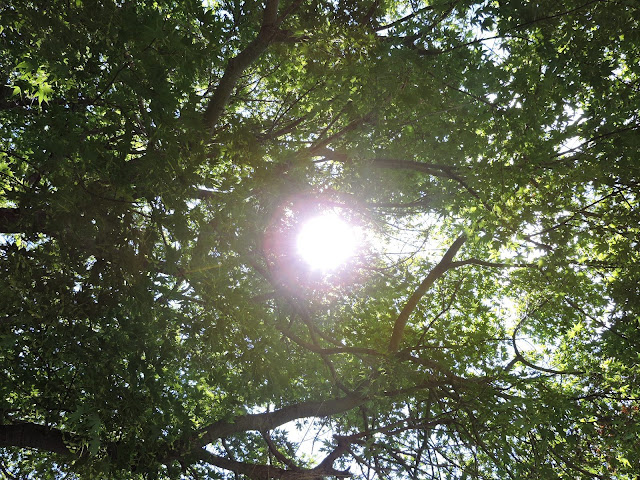 The weather has been blissful, but today on this summer solstice it finally got hot. We've had a chilly, wet spring, so I can't complain too much. I love sunshine sparkling through leaves. 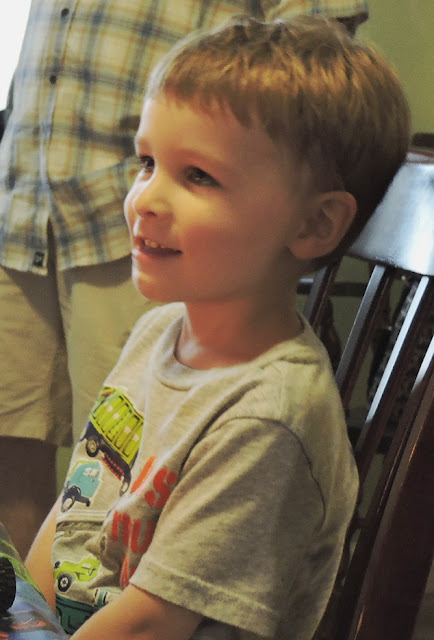 And while I've got one nephew graduating middle school on Wednesday (which means high school next year, something this auntie just canNOT deal with right now), the other one turned four. That's not much easier to deal with... I've been working on improving my hand-lettering, and was using some practice sheets, when he asked if he could help me. This video ensued (his little voice slays me, though I hate how my voice sounds in video, haha).

So all that not-much gets us up to date. I've got eleven months until season 4 of 'Peaky Blinders' is released. My hypothetical soulmate Tom Hiddleston is rumored to be with some singer girl person that I hope is really some type of media stunt. I did make a few shirts, so if I remember to I'll take some pictures. Aaaannnddd.....I guess that's it for now.
From the convoluted brain of Bethany at 11:14 PM