A few months ago the lovely Charity sent me some happy mail in the form of a  Riley Blake 'Happy Haunting' jelly roll. It was a line I had always thought was adorable in its Halloween-ness, but never bought because of my constant efforts to decrease stash and buy what's needed. But as I didn't buy this I didn't break my own rule. I had an idea for what I wanted to do--my original vision was to make a brick wall of sorts. But when I was playing with the layout I kept hitting a...well...a brick wall, haha. It was difficult to keep the prints from running into each other at this smaller size. So I scrapped that idea and decided to go with a rail fence layout. As I sewed this together in an ardent attempt to be scrappy and random, I realized some of the fabrics were running into each other. So I could have gone with my original idea and been just fine. 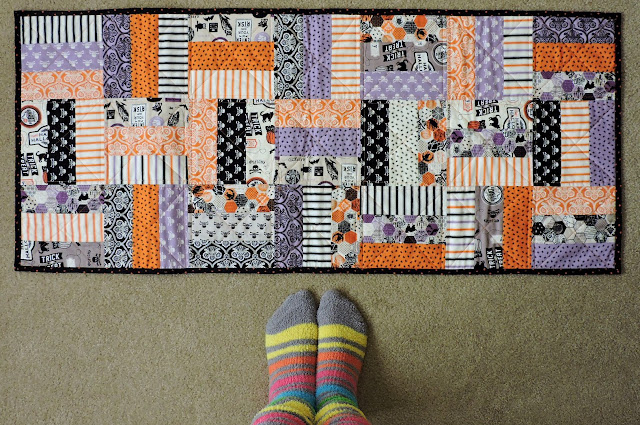 I don't know where I acquired the skill of making straight things look crooked, but I'm thinking it's a resume builder. As Riley Blake jelly rolls are smaller than the Moda rolls, there are fewer prints in each one. I had to muster up some moxie to use the spider print, but I just kept telling myself "It's just fabric, Bee, it's just fabric" and I was able to get through it. 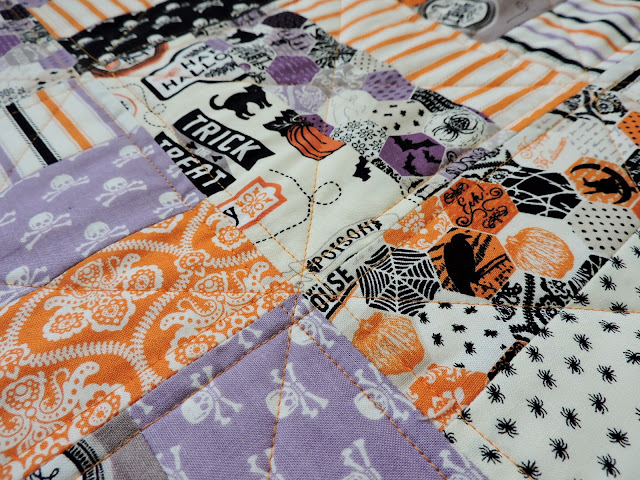 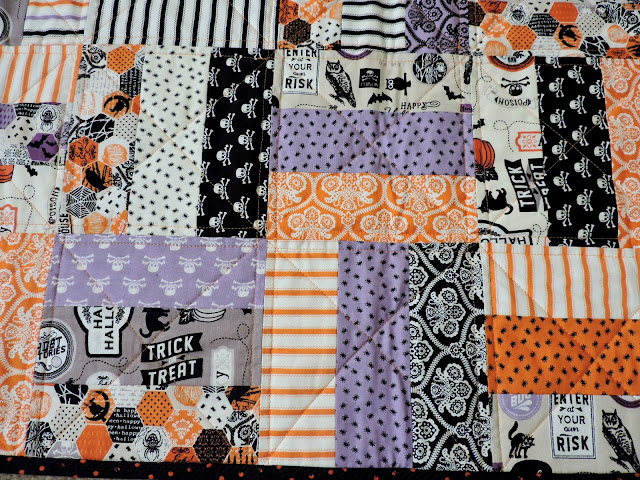 I had this great idea that I would quilt this in a stair-steppy way, but once I started I realized I hadn't thought it through (surprise surprise!) so I ended making simple straight-line quilting on either side of the seams very complicated. Then I decided it needed more quilting so I added some diagonals to it. I tried to do that thing where you start at one point and quilt the whole thing in one shot without having to cut threads and so on. As it turns out you have to plan that out. So my simple quilting probably took thrice (can I get extra points for saying thrice?) as long as it should have.

For the backing I used this bright orange polka dot that my grandma gave me. 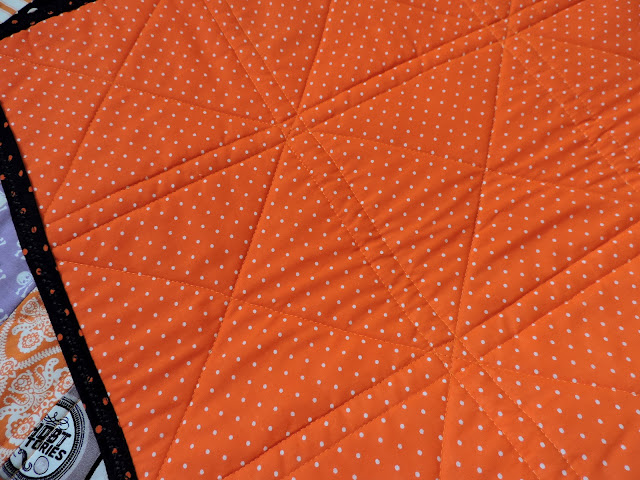 I used some black and orange dots for the binding. I tried to be all fancy-pants and use one of my embroidery stitches for it, but forgot that black thread on black fabric doesn't exactly scream "Look at me!" 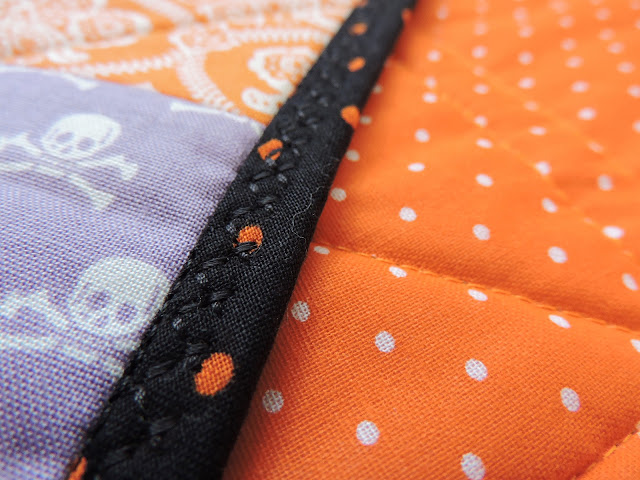 This was a fairly quick project that is going to go live with my sister Rachel. I have plenty of scraps left over, so it might get a half-sibling in the way of a quilted pillow. At some point. But not soon. 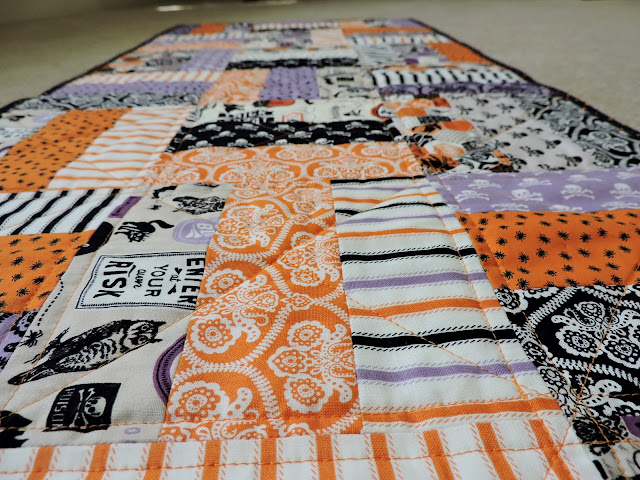 Because I have a super secret project I am starting as soon as I click 'publish' that is going to kill me not to share with you until it's finished, but is definitely up there as one of the weirder, more random things I've made. Ta for now!
From the convoluted brain of Bethany at 9:31 PM