On my knitting retreat, mornings were made for big breakfasts and knitting classes, followed by delicious lunches. We then had the afternoons free until dinner to shop, explore, relax, go to the spa, whatever. I decided to head to the Billings Farm--it was a very walkable distance, and sometimes City Girl here likes that sort of thing. 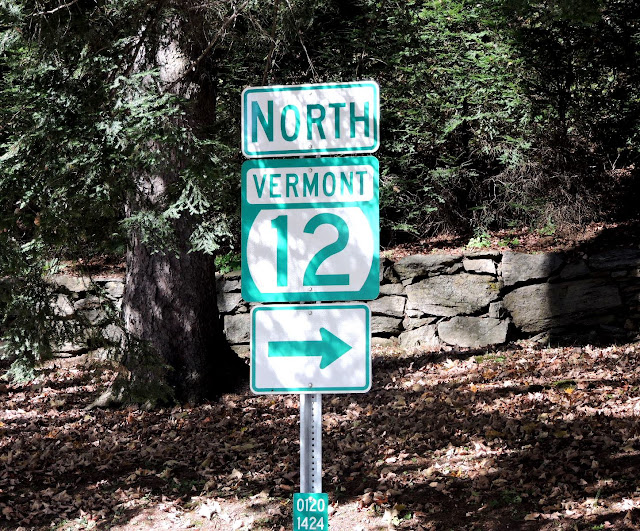 While the farm is on Route 12, I took this photo because I am so madly in love with the dappled effects of sun shining through leaves. 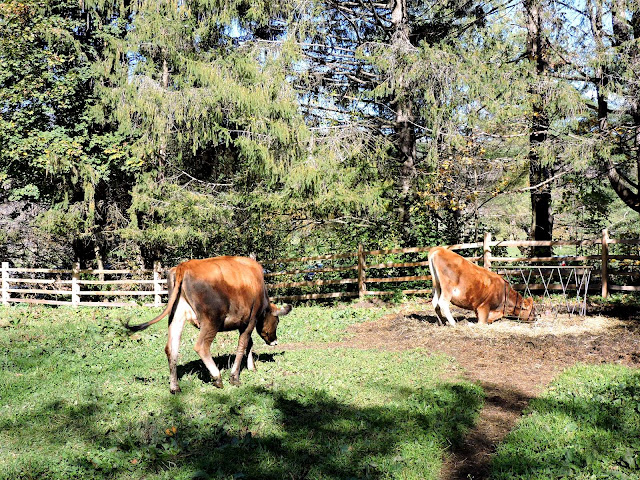 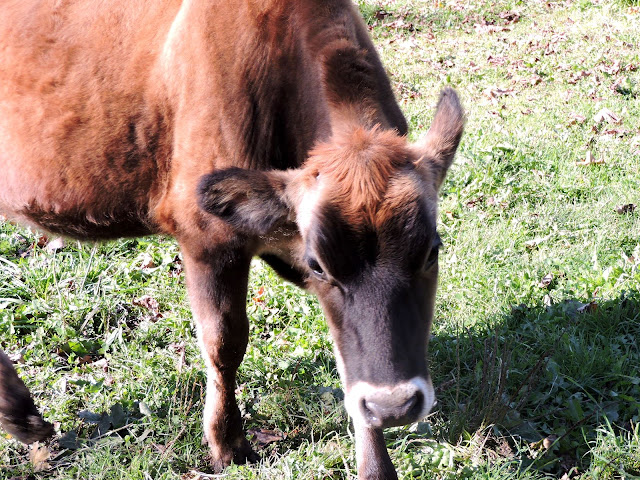 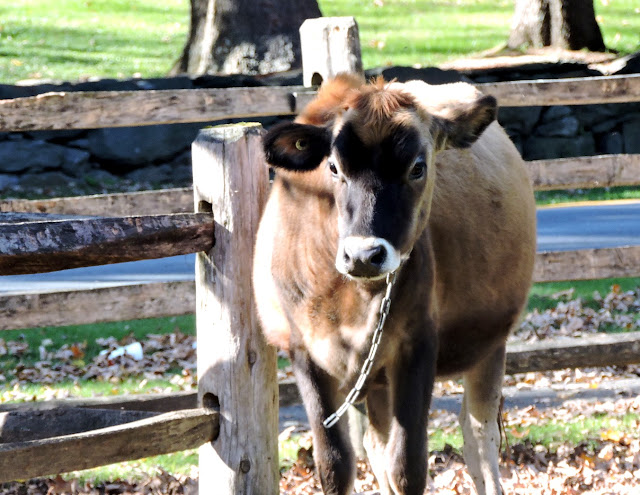 These delightful creatures were just off the main road. One of them scared the bejesus out of me when it mooed, loudly and deeply, just as I was inhaling lungfuls of fresh air. I had a split-second thought of "Oh my goodness, what's happening?" thinking I had developed a respiratory disorder in literally one second, when really the moooooo started slow and deep, and then grew. I felt so ridiculous that I started laughing hysterically, and then felt even more ridiculous as other people were walking down the farm lane. 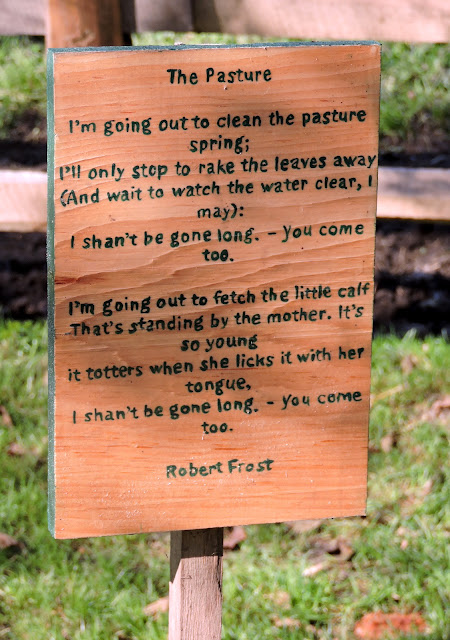 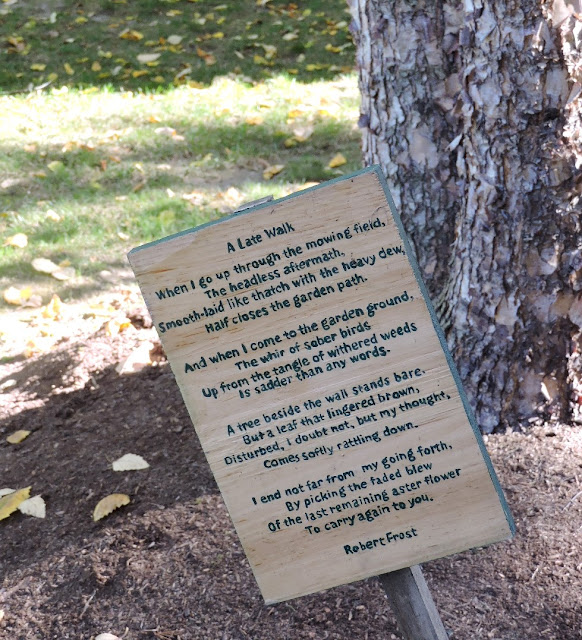 The farm was dotted with Robert Frost poetry. Random poetry should be in a lot more places at random intervals. Wouldn't that be delightful? 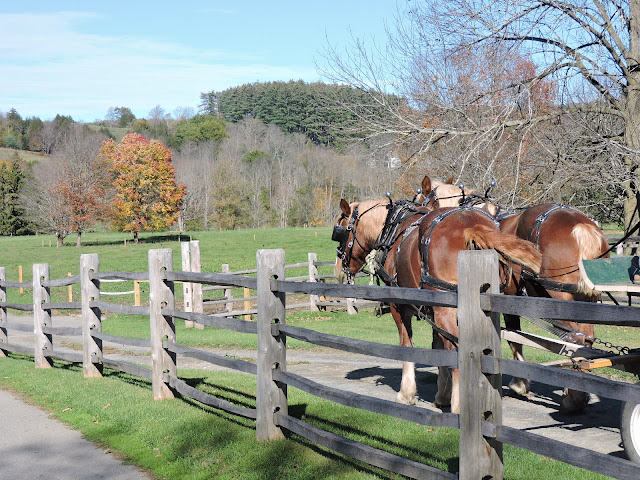 Horse (Clydesdales, I believe) and wagon rides were available, but my ability to intermingle with strangers only goes so far, and random wagon rides are not within that scope. 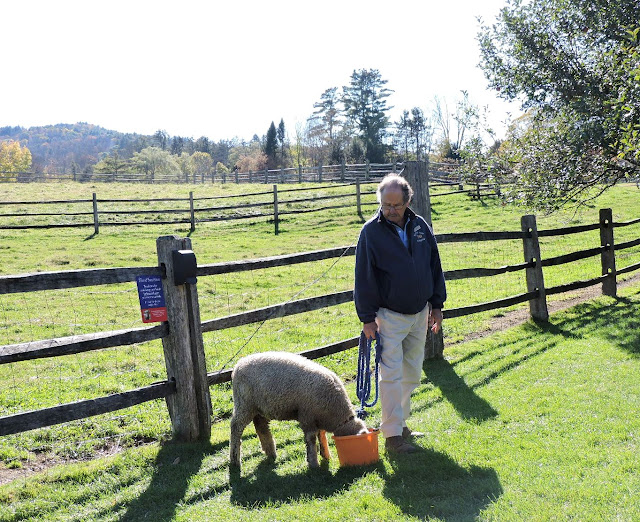 Besides, there was a sheep...I guess...demonstration. And as I was on a wool-based retreat, I figured I'd listen in. 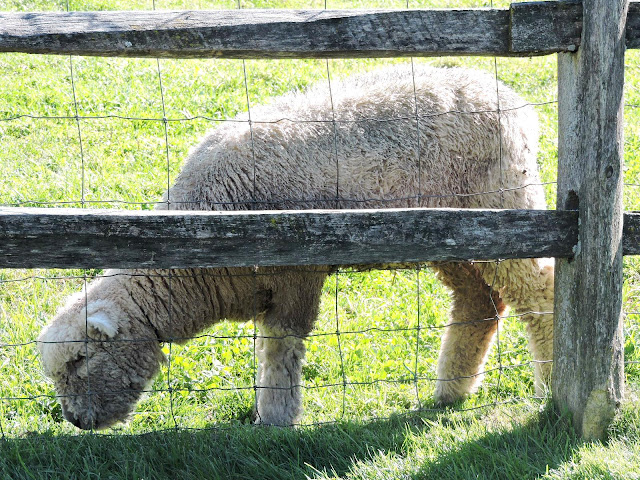 The ewes lambed in April, and were a big wooly hunk of dirty cuteness. Seriously. When I think of sheep I imagine fluffy white snuggle-buggles that are just adorable. Real sheep are quite dirty, and the wool feels like a kid's hair after he runs ice cream hands through it. There are a ton of steps to get wool from sheep to skein, and more than half of them involve washing. 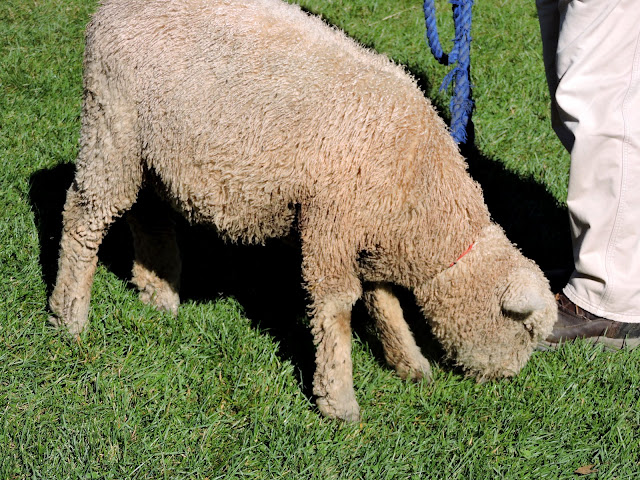 Two hundred years ago, merino sheep were brought to the area that had many farms and spinning mills. That changed by the mid 19th century, ending 'Merino Madness.' 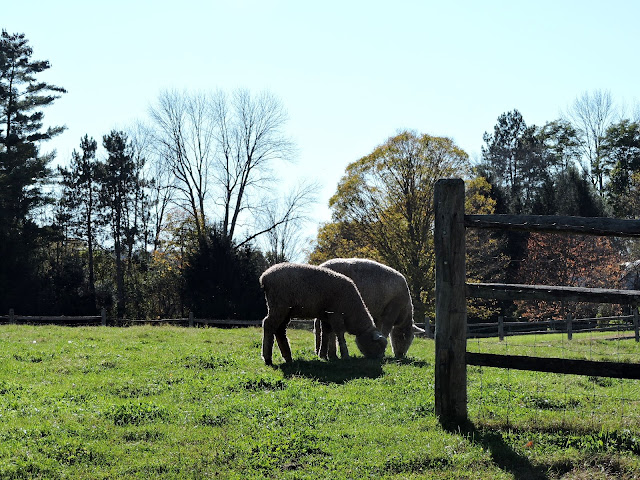 Cute, right??? I was hoping for just such a picture. Years ago I told my dad he should get a sheep herd to 'mow' his lawn, and then I'll take the fleece, but now that I know there are dozens of steps to make the fleece knittable I'm shelving that idea. 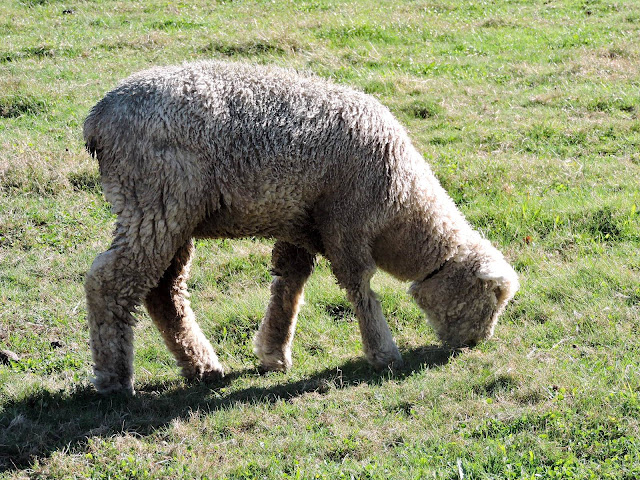 This is Hazel. Hazel was rejected by her mom and was 'raised' by the workers on the farm. She's therefore very good with people, so they trot her out on a leash for these little talks. There was a woman there who kept going up to her and baa-ing. I'm sure it was delightful. I know I enjoyed it... (please tell me the sarcasm came through).

The Billings farm is a working dairy farm, so there were lots of cows. But as they're kept in stalls, and stalls are generally...mucky...I didn't take photos to share. You're welcome. 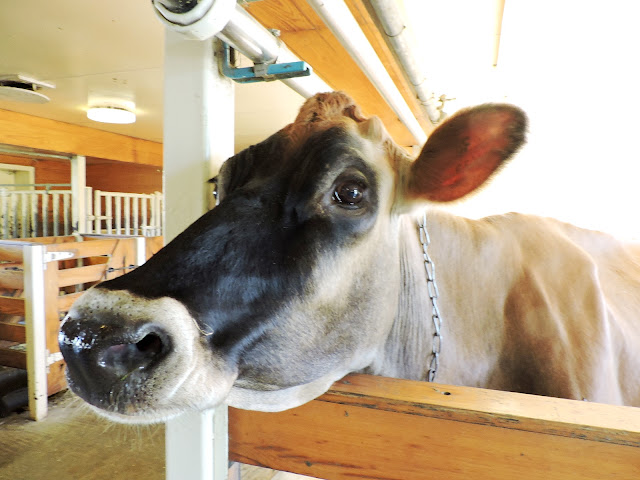 With the exception of this pretty lady. I kept trying to pet her, but she must be so tired of people and cameras and being bothered as she kept trying to duck my touch. Which is just as well, because with my luck I would have ended up with a handful of wet cow nose.

The upstairs of the welcome center was a museum devoted to farm life. There were tons of implements and machinery on display, as well as (what felt like endless) depictions of rural life. 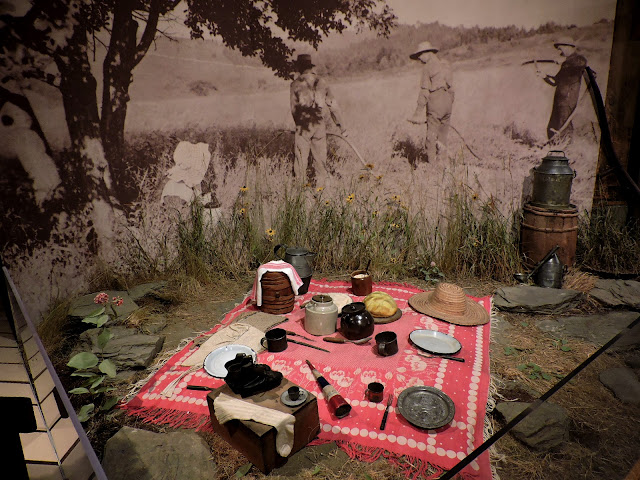 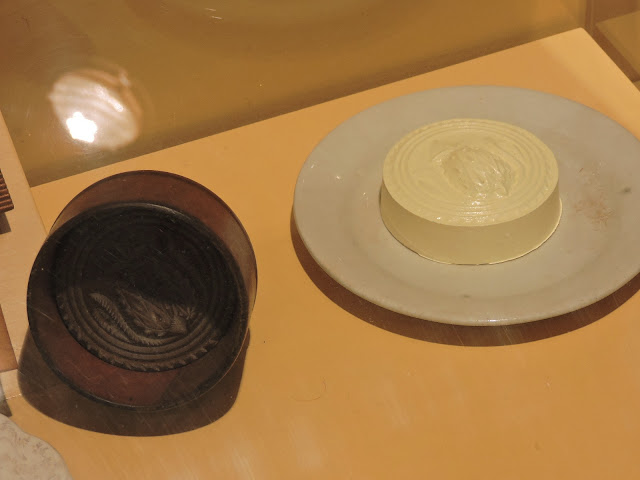 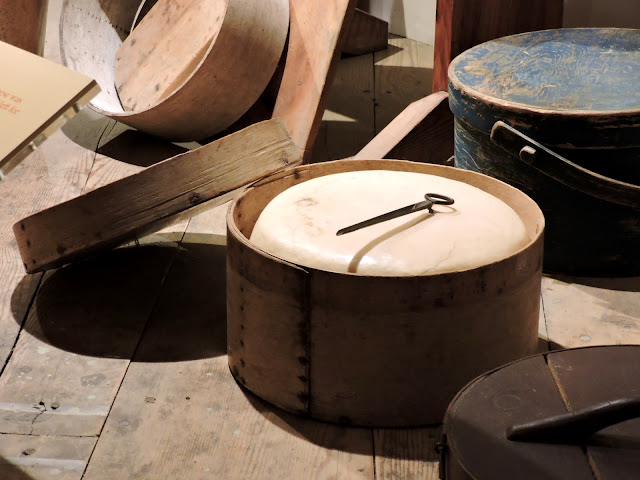 Many of the items (like the butter mold and the cheese making implements) were straight out of the Little House books. 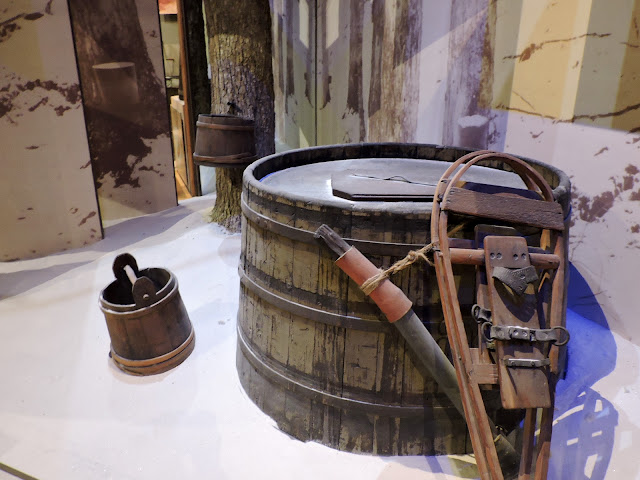 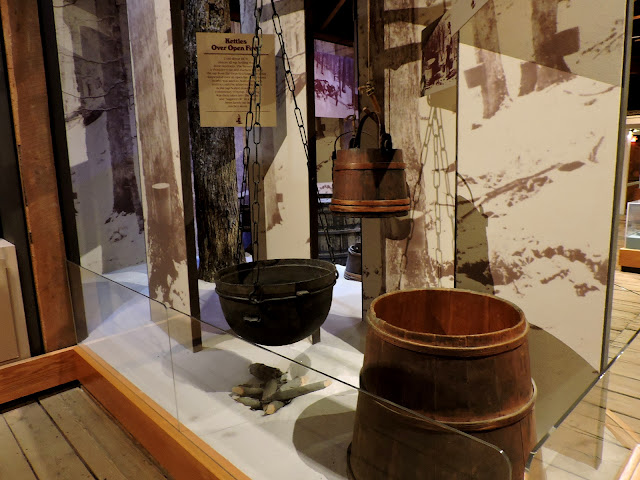 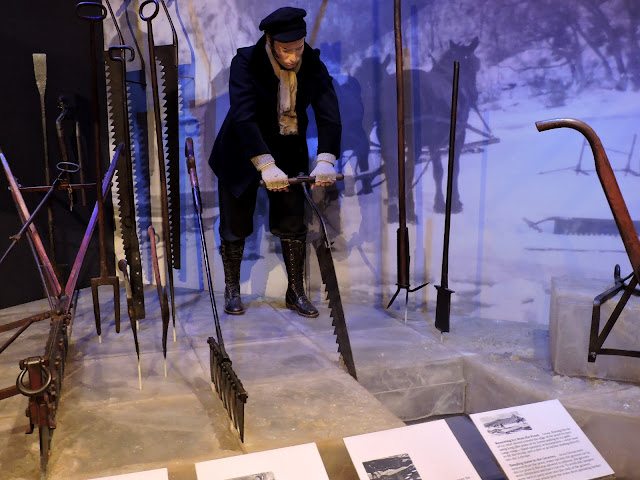 As were the sugaring and ice-blocking displays. Sincerely, it's as though I was looking at scenes from Little House in the Big Woods and Farmer Boy. I suppose not much would be vastly different from one section of the country to the next  back in those days. 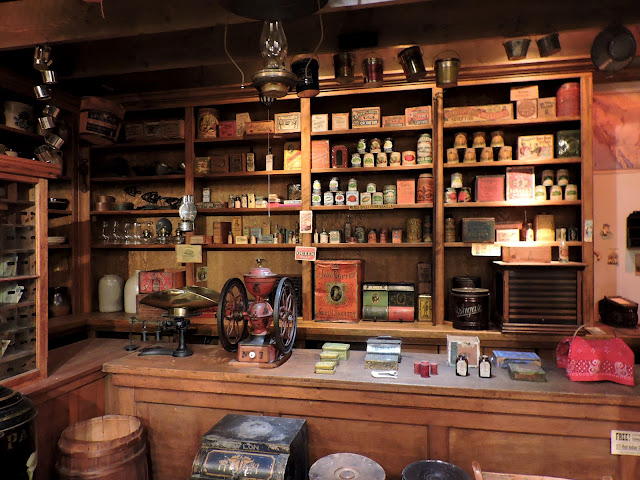 Including the general store. I've realized in looking through my photos that I have a thing for shelves. Something about all that potential for organization and arranging things prettily.

There were numerous displays of all aspects of rural life--the country school, the church, every kind of farm activity, what every room in the farmhouse might look like, and so on. It's the type of thing I love, and imagine that the curators of these pieces must have had great fun arranging them just so.

In addition to the farm and museum, you could tour the old farmhouse where the farm manager lived with his family. 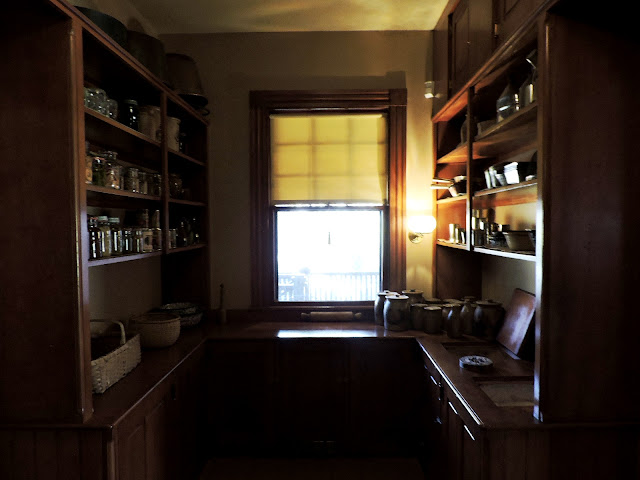 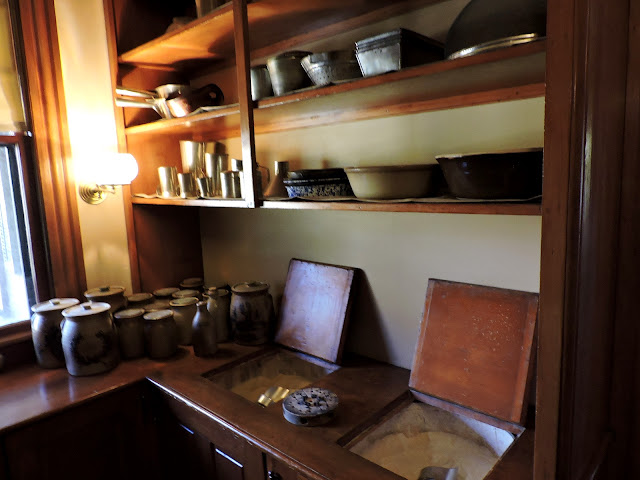 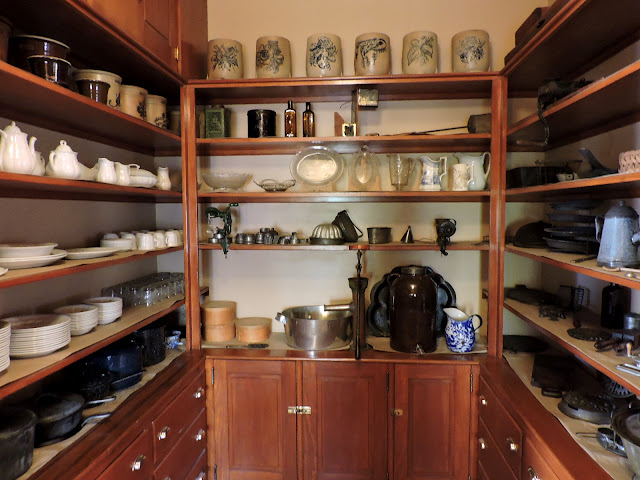 This pantry must be the stuff of dreams. I love those little bins of flour and sugar. I doubt I would make the mess I do when measuring out flour if I had a handy little thing like that. 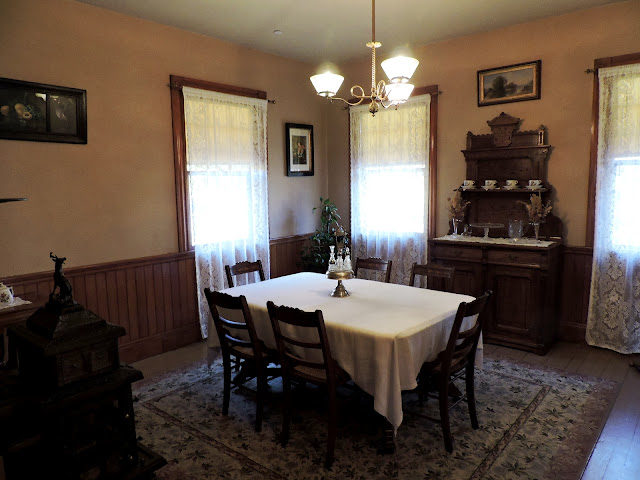 Every room had beautiful old coal stoves in them. I'm sure they were dirty and sooty and gross back then, but they're beautiful now. 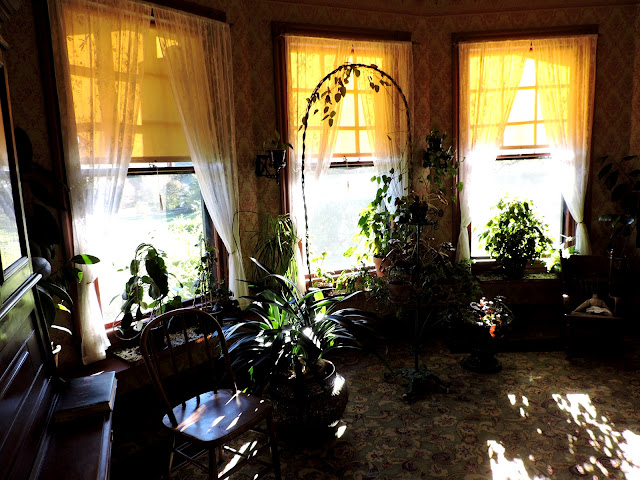 I so wish I had stepped back a few more feet when taking this picture. Walking into this room made me gasp (literally). The light coming in through those curtains and pinging off of every wall in the room, creating dappled shadows on the floor and walls and making things seem as though they were sparkling, was literally breath-taking. I looked out all of the windows in this house, and there wasn't a bad view from any of them. 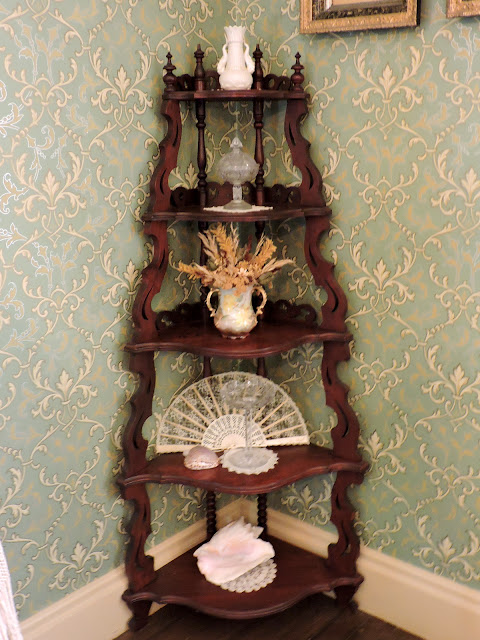 What IS it about shelves? I much prefer them to drawers and cabinets. 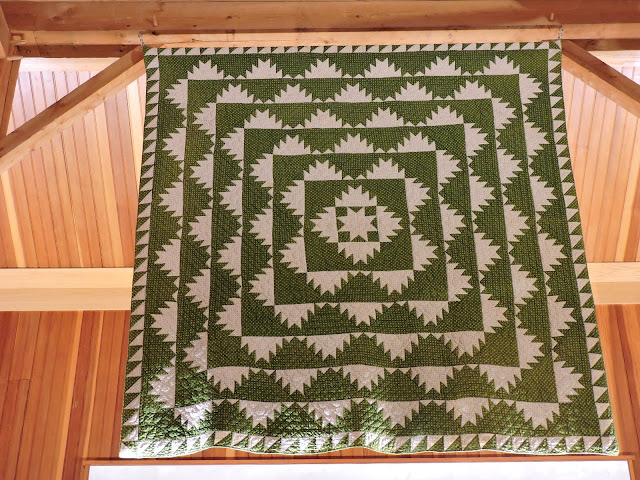 About twenty years ago, an Oscar-nominated documentary was made about Woodstock, the Billings Farm, and the conservation efforts that sprang from therein. There is now a park across from the farm called the Marsh-Billings-Rockefeller National Park. All three of the owners were wildly involved in land preservation across the country, going back to well before we were paving parking lots and building landfills everywhere; it actually started with the robust timber industry in Vermont almost two hundred years ago.

I have oodles more pictures but I won't bore you any further with all of that. I don't know that you all have the same love for shelves that I do.

Next time I'll show you some absolutely New England pictures.
From the convoluted brain of Bethany at 6:26 PM