Hat for Big Nephew Loosely Based on His Team's Logo

After knitting this sweater, I had a TON of yarn left over (in everything but gray). And after knitting that sweater, I felt like knitting only small projects. I enjoy knitting hats, but there's only so many hats one person can have (I know, that's an arguable point, but as a person who generally does not wear hats it seems nonsensical to keep piling them up). For some reason, I rarely make things for my nephews. I think it's because they have that "growing boy" thing going on for so long I worry that they'll outgrow what I'm making before I finish. But hats? They stretch. A lot. So they'll last a while to make a few evenings of knitting worth the effort. Especially when the colors you have are somehow perfect for their interests.

First I'll show you the one for Big Nephew, my Z-man (who will be seventeen soon, and that just makes me feel so old I can't even say any more about that right now). He's a typical teenager, very few words, constantly losing his phone charger, and quite tall and handsome. He's been playing rugby for a few years now, and while I don't understand what's happening generally I know that the ball looks different from a football, and the huddle is a scrum (I think--feel free to correct me). His team has a web store, but no knitted hats available, so I made him one in the team's colors (because in worsted weight yarn I would not have had enough room to make a good-looking logo). So here's the team logo-- 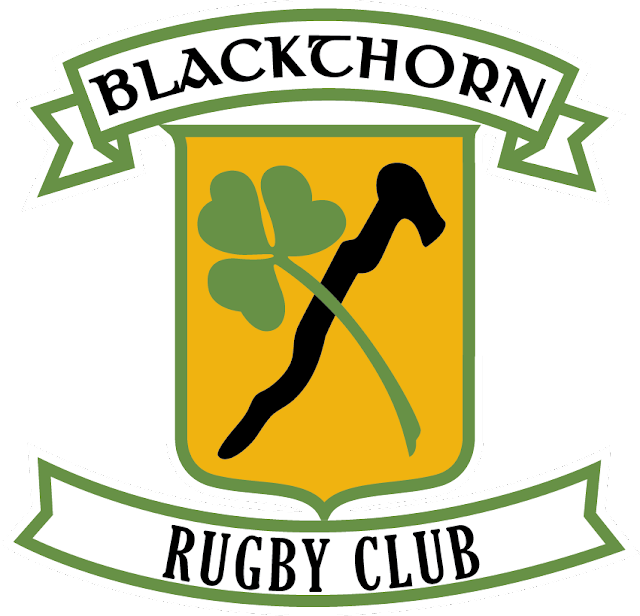 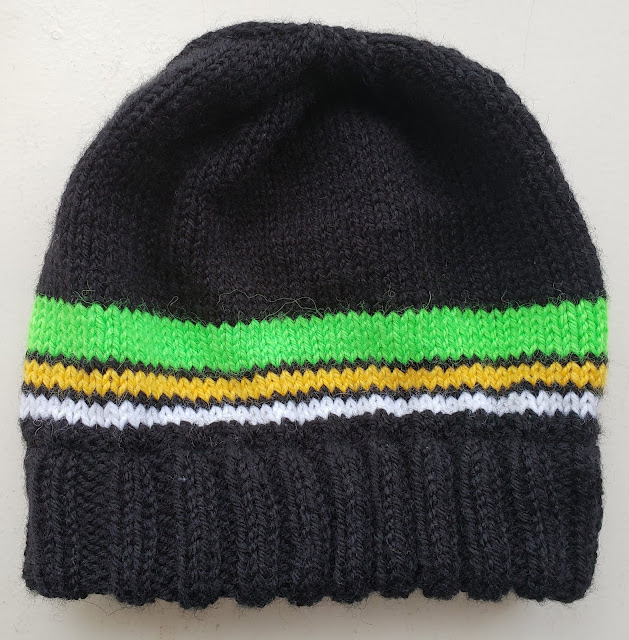 I made it with a folded brim for comfort and warmth, and went for a small band of stripes so it would be a little more low-key. My original plan was to make the whole thing ribbed, and I don't remember right now why I decided against it when it came to the stripes...I'm going to say it would have something to do with the decreases lining up.

I didn't follow a pattern for this as it's the most basic of hats. Provisional cast on, knit the brim twice as long as you want it, then pick up the cast-on edge and do a three needle join (like a bind-off except you're not binding off). Knit the hat until it's as long as you want it (generally about seven inches), and then do some evenly placed decreases. Boom. Done. I do like the swirly look of individual leaning decreases instead of the straighter look of paired decreases. 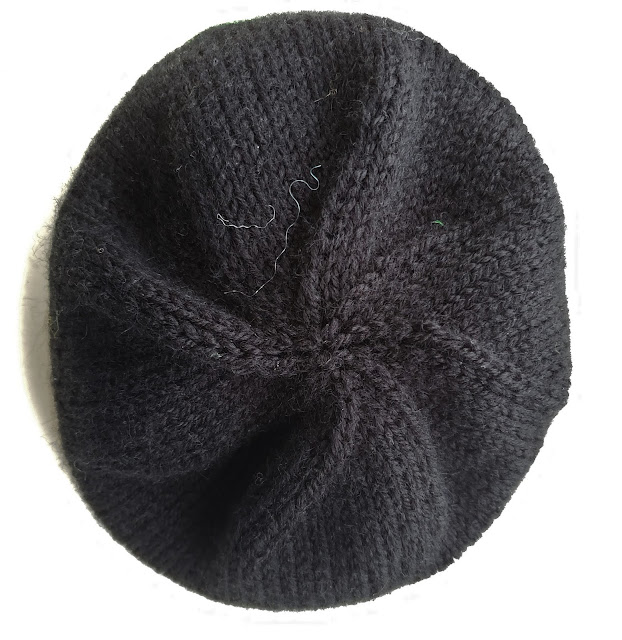 I really like how you can be staring at a thing and not see the fuzz on it until you go to post the picture. It's my favorite.

And just for obligatory good measure, here's the inside of the hat: 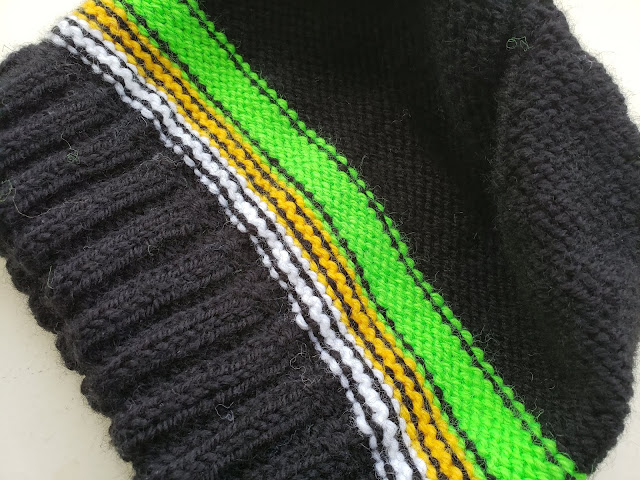 I suppose it's reversible depending on the look you're after (and as he's a teenager I don't know if he'll care if it's inside-out or not....or even notice, really).

I'm going to do Little Nephew's in a separate post as he threw in a special request and you'll be here all day if I put it all in one post, and I'm sure you have better things to do (though I can't imagine what they could be).
From the convoluted brain of Bethany at 11:02 AM