Hello there! How's tricks? Things have been quite busy around here. We've got just a couple of weeks left until the benefit for my sister, and it's all head counts and donation organization and tiny details and a dash of stress to add to the mix. But in an odd way it's great fun helping to organize such a positive thing, and seeing how good will can almost literally shine forth from people. I suppose sometimes we need a pretty bad thing to remind us that we all belong to each other and that none of us fights through this world alone. Silver linings and all that jazz...

Anyway, during one of our meetings we decided that those of us working the affair should be identifiable in some manner. Hats were vetoed by the girls, as were t-shirts (who wants to cover their outfit, haha?). So we decided on lanyards (say that word several times--isn't it an annoying word? Lanyard. Laaaaanyard. Laaanyaaaard. Right? Anyway...). I volunteered to sew those up as I had an abundance of clips/hooks on hand, and Joann's coupons in my purse (two yards of fabric will make eighteen of these, by the way). I spent Saturday behind my sewing machine (the first stitchery in two months!!!!) and churned out oodles of these things. They're so quick and easy I took photos to do a quick and easy tutorial for you.

First you have to decide how wide you want your lanyard to be. My choice was easy as I had one-inch lobster clips on hand, so my lanyards would finish at one inch wide to fit through the loop. Therefore, I needed a four inch wide strip of fabric, with a length of forty inches (it ends up being just the right length on your body). You'll also need a clip (it doesn't matter what kind as long as it will fit your desired size lanyard). 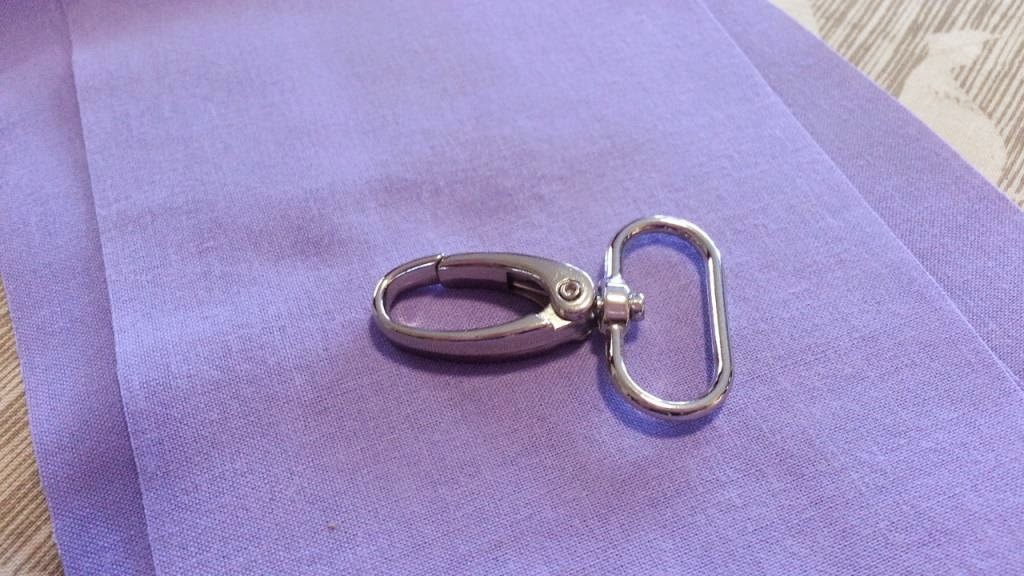 Lavender is the color for Hodgkin's lymphoma. 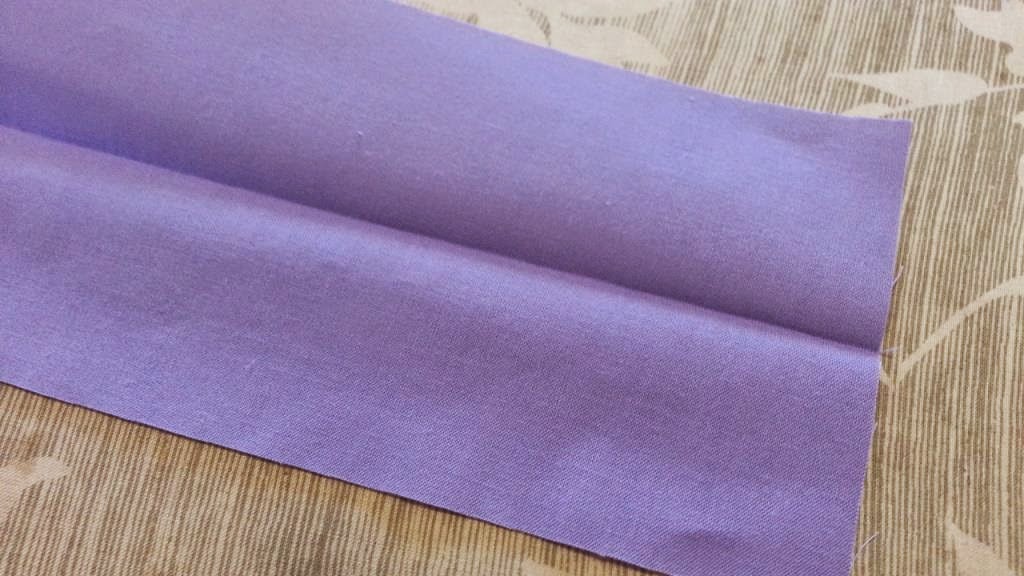 Fold and press the strip in half lengthwise. 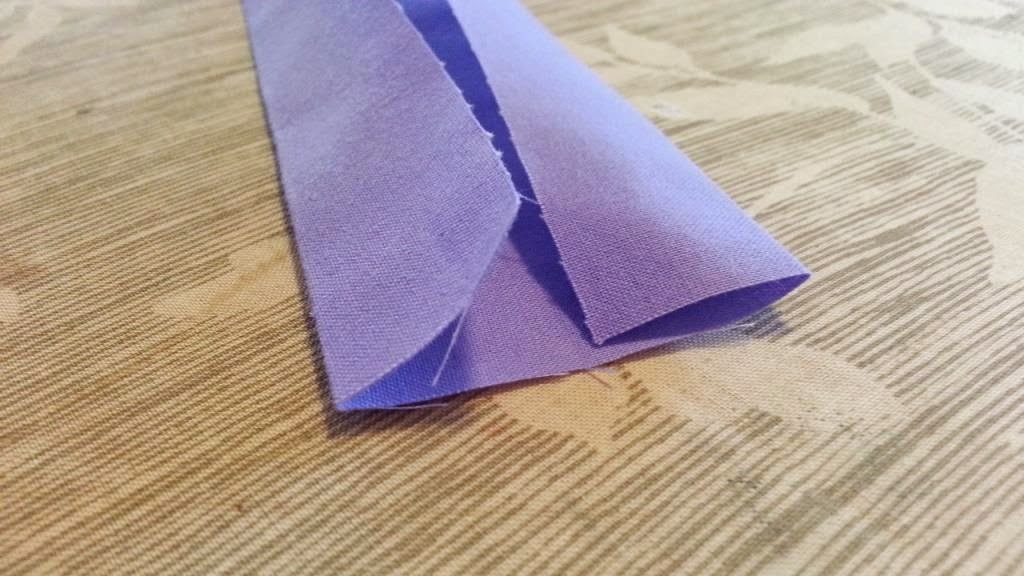 Fold and press each raw edge towards that center fold you just made. 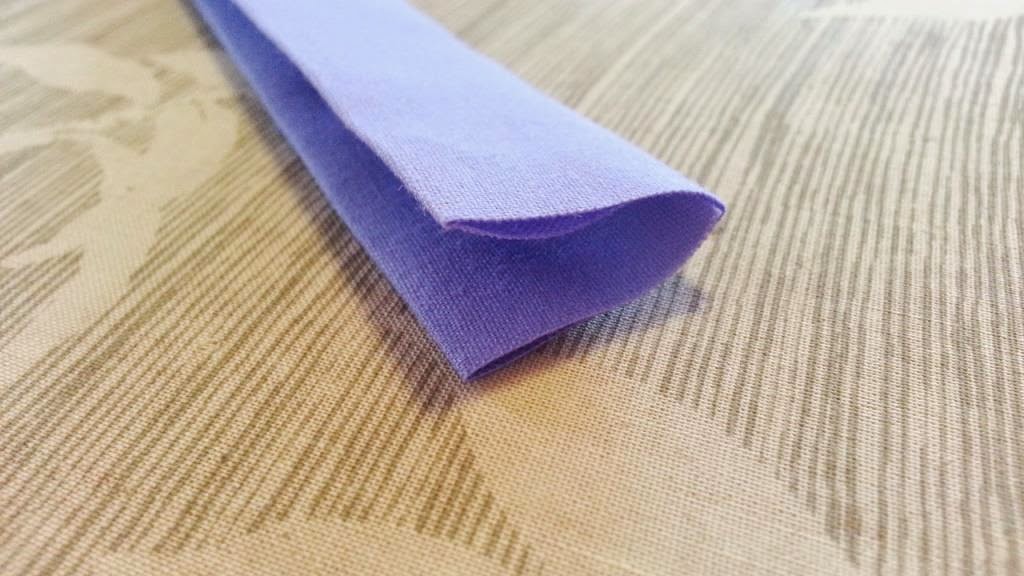 Fold in half and press again--your raw edges on the long sides are tucked inside. 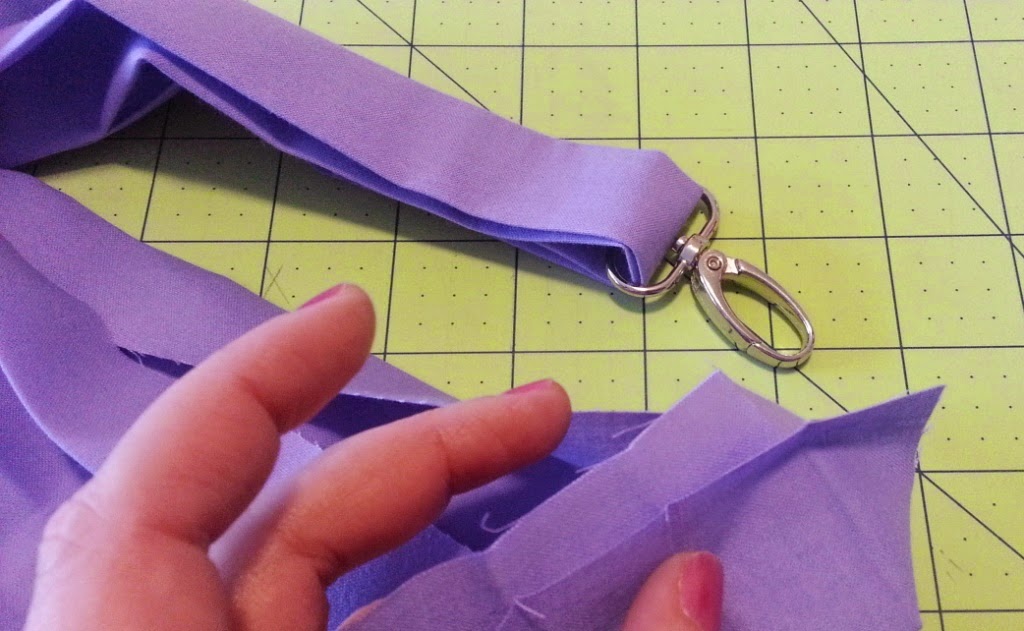 Feed the strip through  your hook. Being careful not to twist anything, put the short edges right sides together and pin. Check again that you're not twisted. 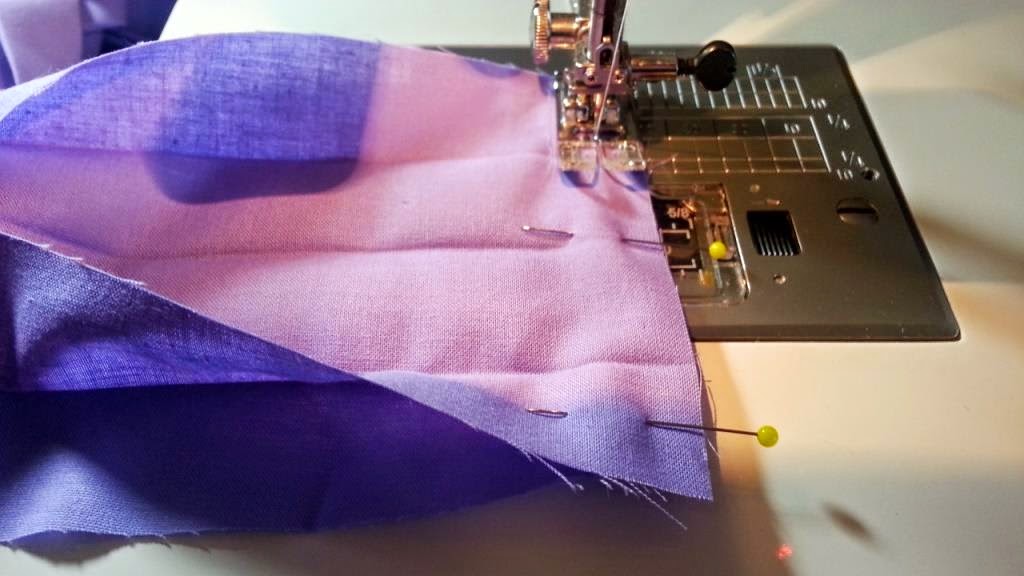 Sew that edge with a 3/8 inch seam allowance. Do a final check for any twisting. 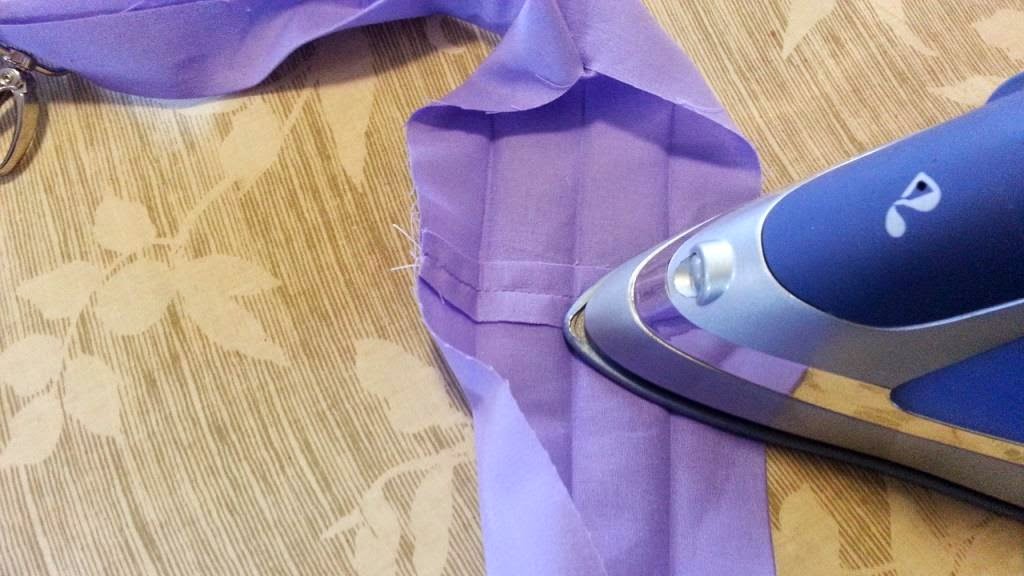 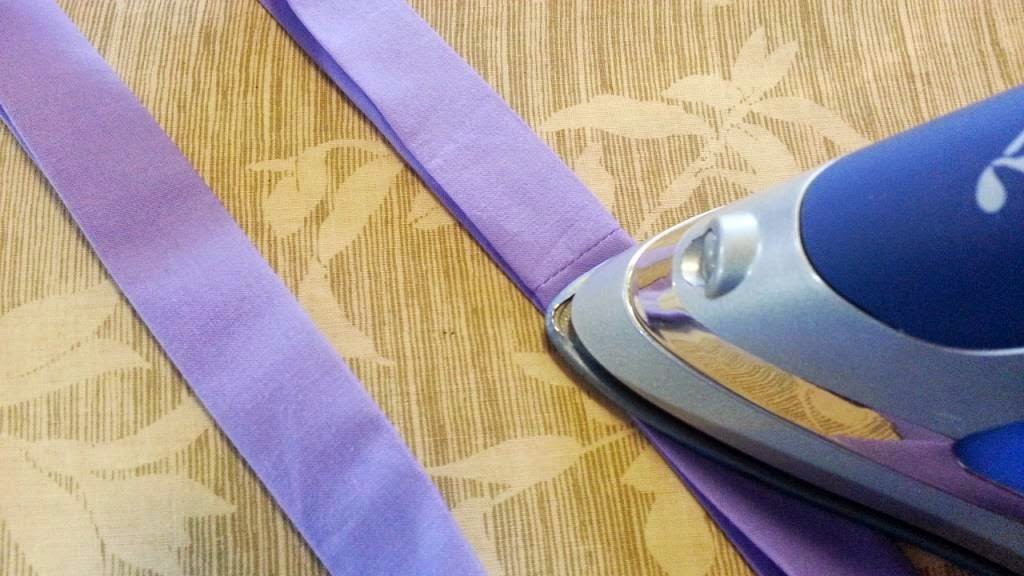 Fold and repress the strip as pressing the seam open most likely flattened things a bit. 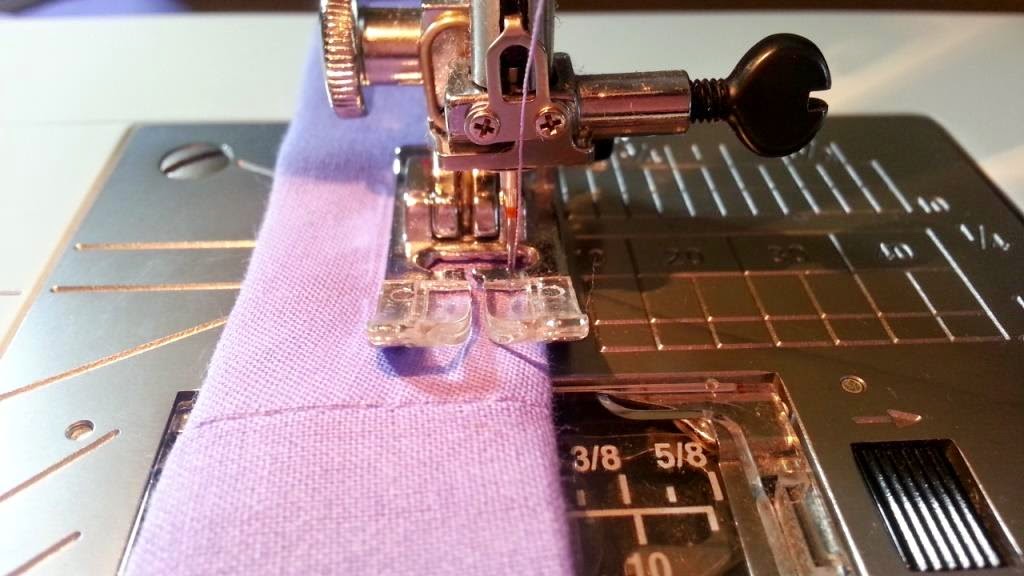 Top-stitch as close to the edge as you feel comfortable. I moved my needle as far to the right as it would go and lined up the edge with the 1/4 inch mark to have a line of stitching that is 1/16 - 1/8 inch from the edge. Top-stitch all the way around on each side, back-stitching to keep things secure. Slide the clip out of the way as you go. 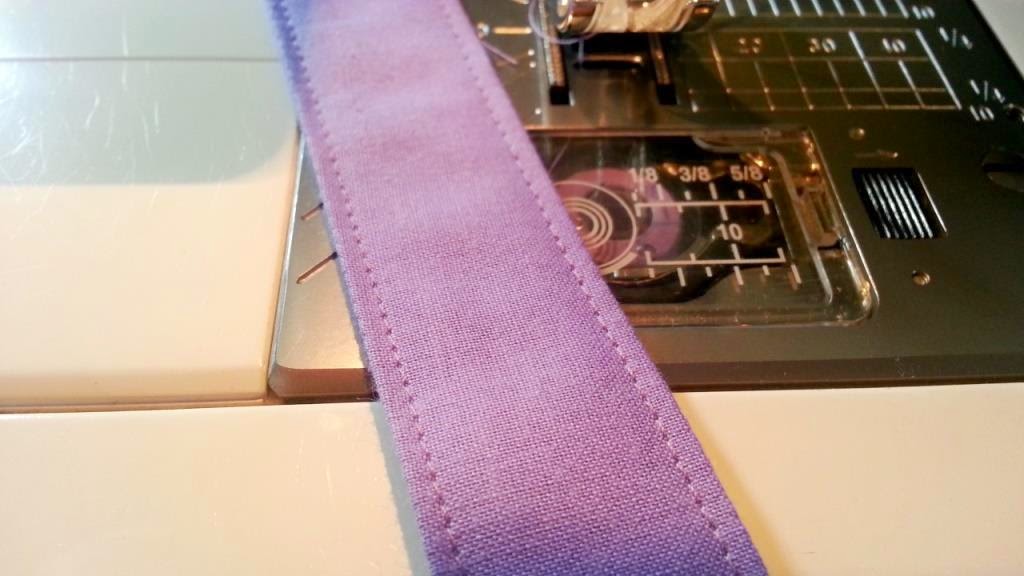 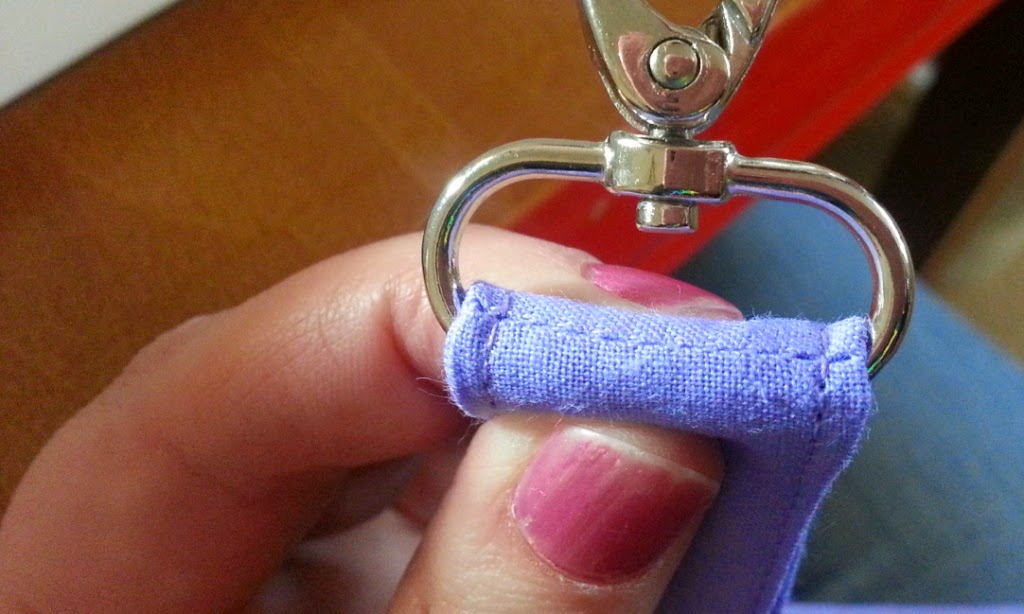 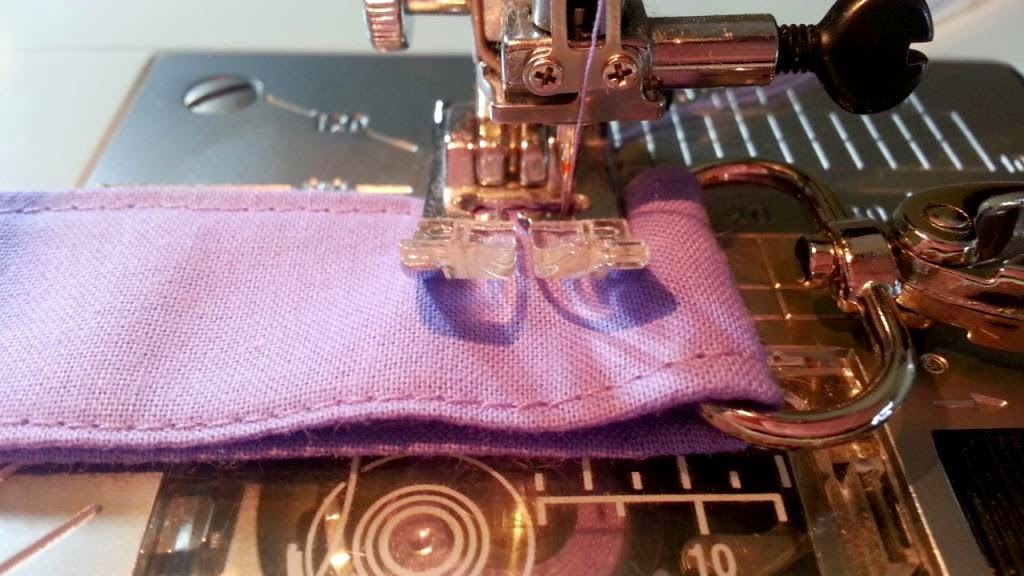 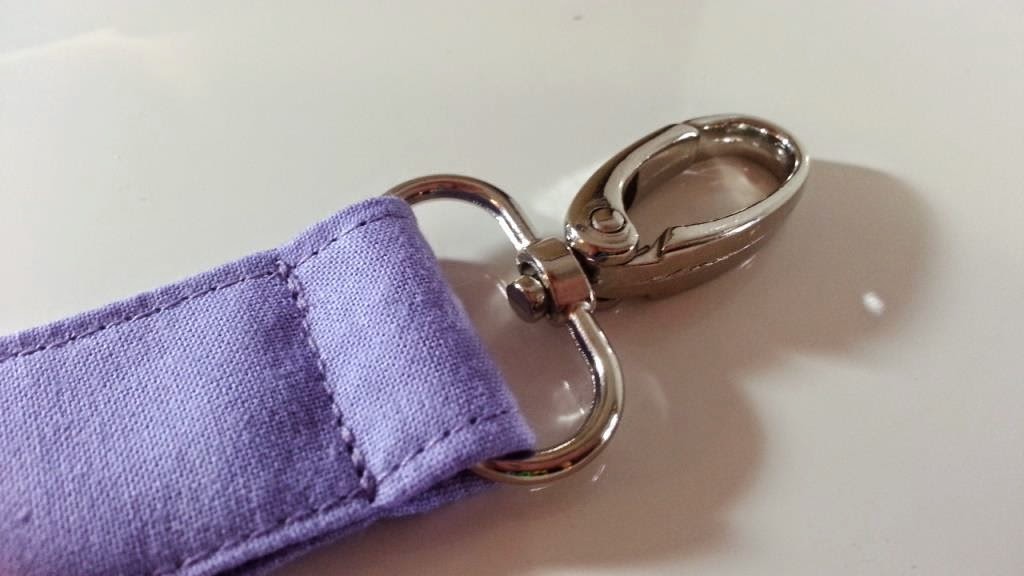 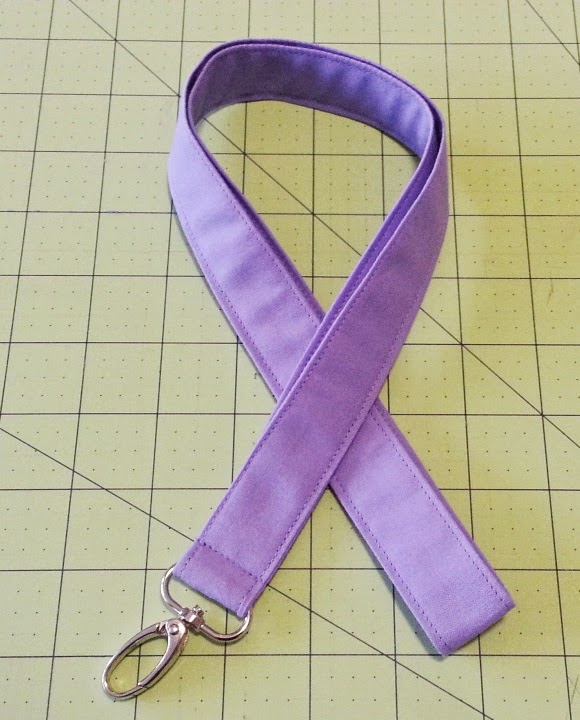 And there you have it.

One of these takes about ten minutes to make, so they'd be great for quick gifties (think of all the fabric options to personalize these!), and they're so simple that even the newest of sewists can easily make one. I didn't add interfacing to these, but if I was going to I would take a strip of woven fusible interfacing half the width of my fabric strip and fuse it straight down the center on the wrong side of the fabric. For something like this I don't really think it's necessary, though. I also probably would not make these as wide if I didn't have a mysterious abundance of clips this size (seriously--I don't remember buying that many)--I would probably stick with a half-inch finished width (meaning a two-inch wide strip of fabric to start--you can't make too much with that little but you can make one of these!) and a half-inch clip.

One thing I will mention, though: if you have concerns about this getting caught on something (as it's meant to be worn around the neck) they do sell break-away clips that pop open under tension. I've never used them, and I don't know that they'd work for this particular tutorial, but I figured I'd wax responsible and mention it in case it's something you'd like to check out.

These are going to clip onto name tags, so I made a few of those, too. I simply printed labels, stuck them onto some extra comic book backing boards (I normally use them to make mini bolts of fabric), and trimmed. Not fancy, but cute and purpose-serving. And just in case it's not stuck in your head yet...laaaaaaaanyard. Laaaanyard. Right?? Yeah, that's annoying.
From the convoluted brain of Bethany at 11:13 PM