I finally had a chance to photograph for you a cowl I finished a few weeks ago. I have to be completely honest and tell you that I did not come up with this pattern, or this color combination. I actually feel a little naughty posting this as it's a complete knock-off. I saw it on Very Pink as a fingering weight cowl where the pattern was free so long as you purchased a certain kind of yarn. There were several times I had my colors selected, but I just could not make my brain justify the expense of the yarn plus shipping. After watching the tutorials (and looking carefully at the colors) I decided to just have a go on my own. I could not find a fingering weight yarn I liked locally, but I did find a DK weight that came in the colors used in one of the examples (and that I had fallen in love with). This cowl worked up pretty thick and would be fine for outside, but is a bit too thick and toasty to wear with a sweater and jeans or something (though I tend to get quite chilly so I might just go for it). 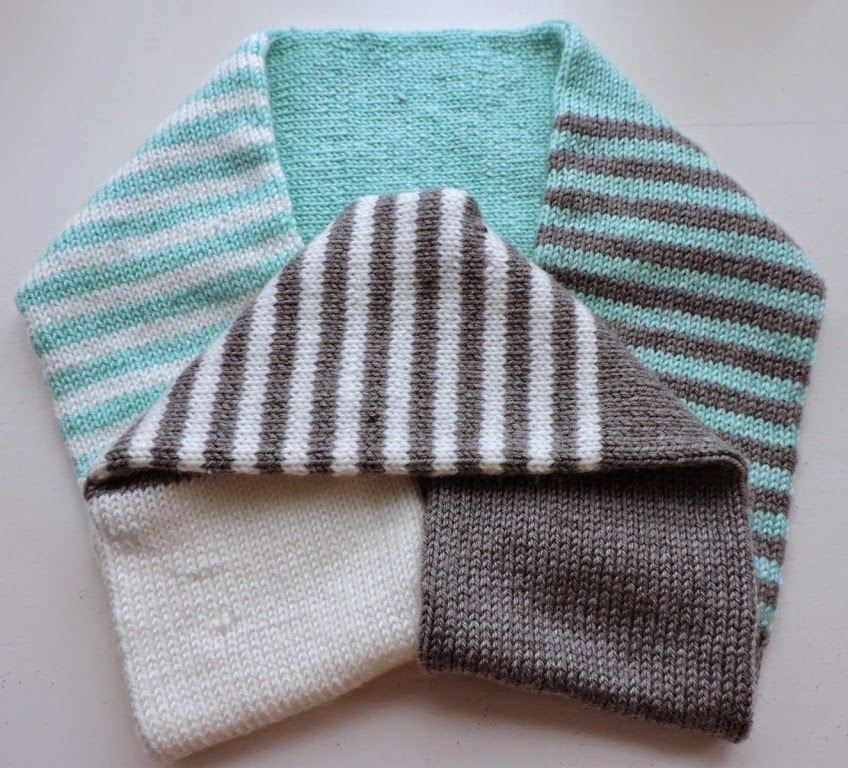 The colors are Koala, Sheep, and Mint in the Nicole Craft line of yarns I found at AC Moore. 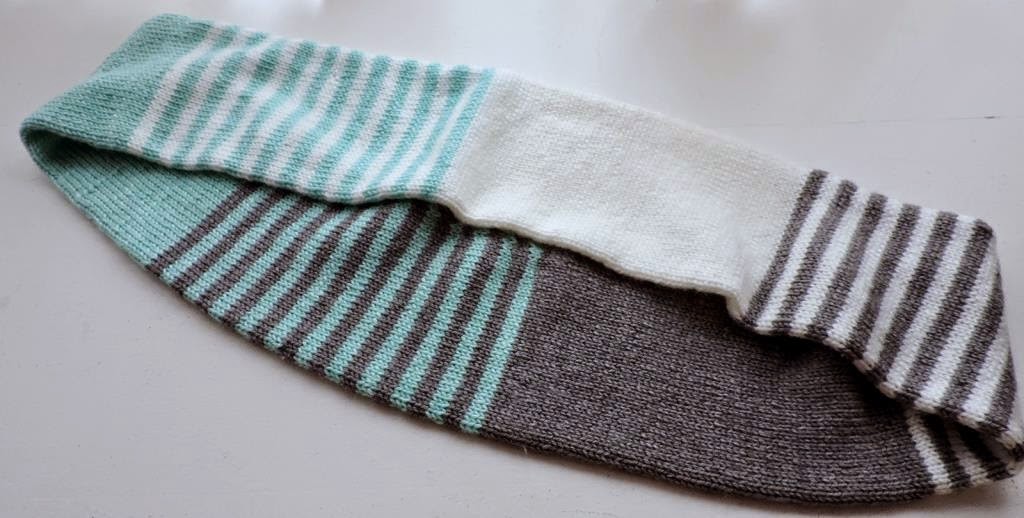 I like how the colors all just intermingle and flow one into the other. 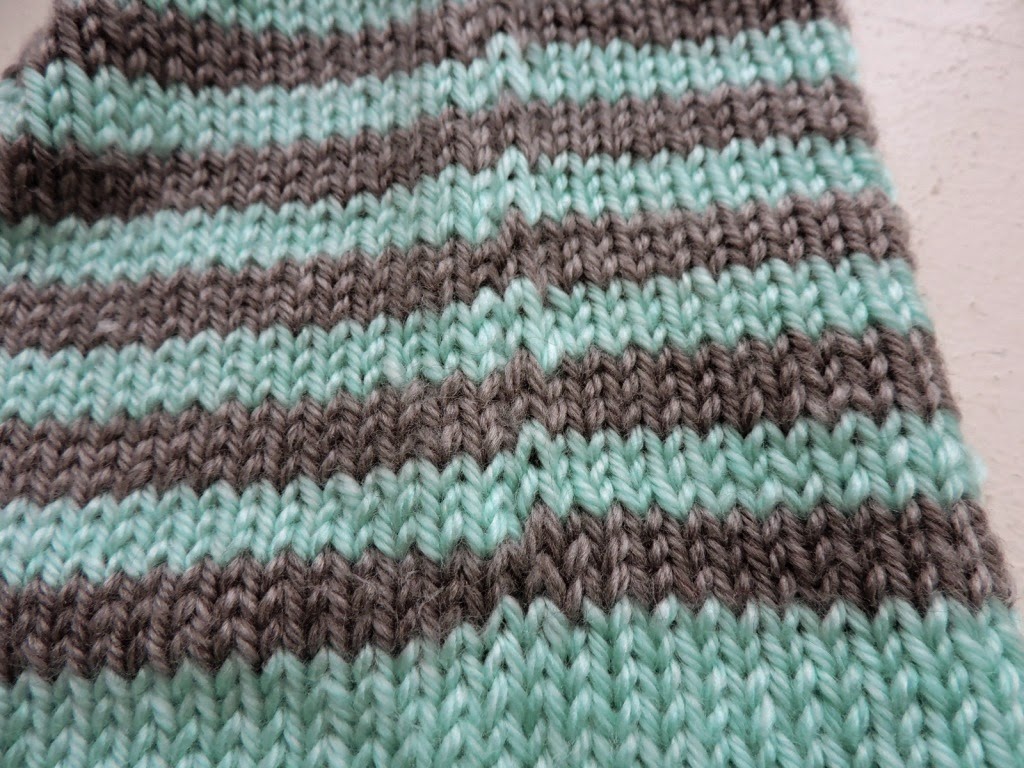 One thing I learned was to correct a color jog for knitting stripes in the round. It does make it look like there are two stitches instead of three and disrupts the line a little bit, but this part is folded along the edge so you can't really see it. 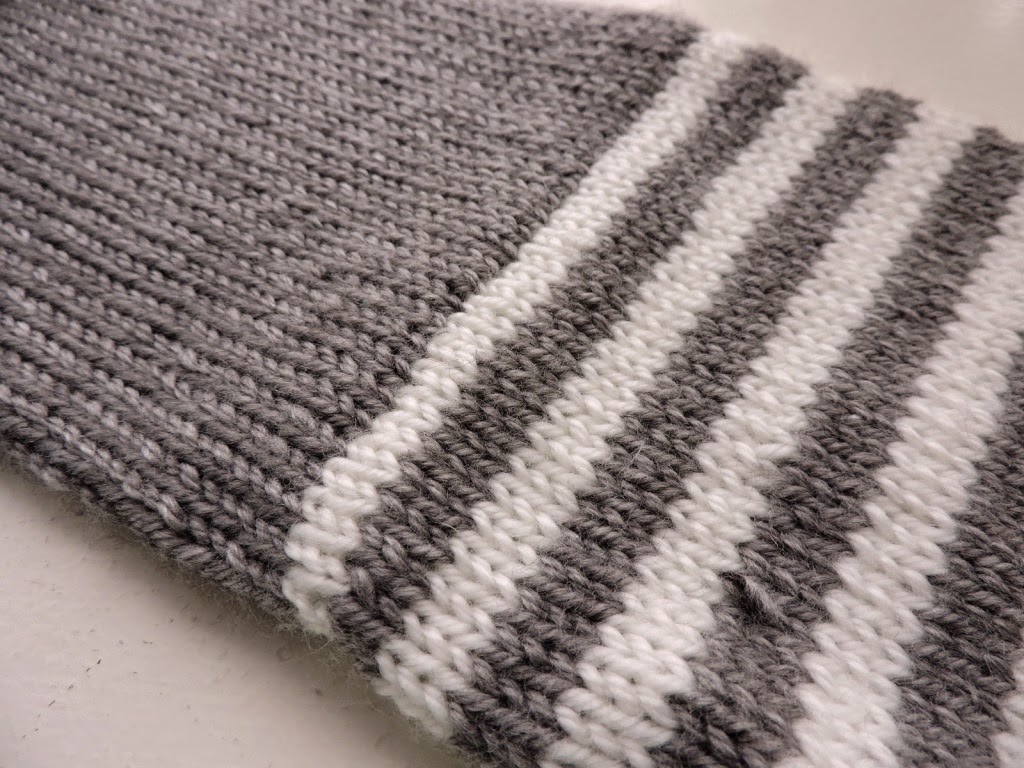 This was my first crack at a kitchener stitch. I need to practice my tension with it as I either forget to tighten the stitches or pull for dear life, but it's nice and smooth looking (it's between the large gray section and the last white stripe).  See that rogue stitch towards the right that's waving at you? The yarn had several such flaws in it leaving some odd lumpy bumpies here and there, or some loosely spun sections. While this yarn is pretty and soft, I don't know if I'd jump to use it again because each ball had such flaws. 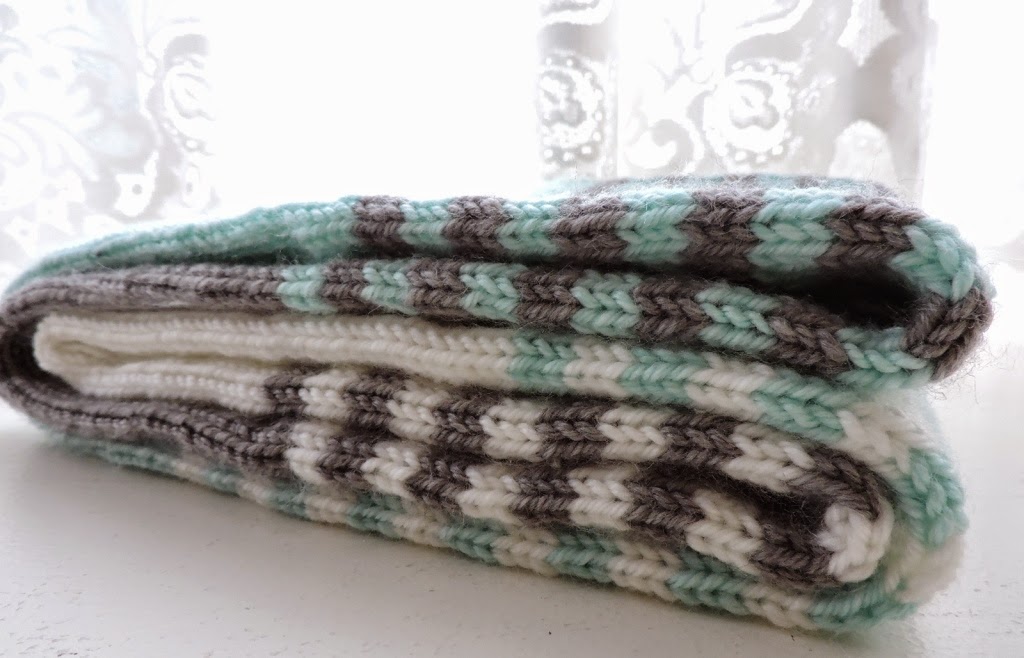 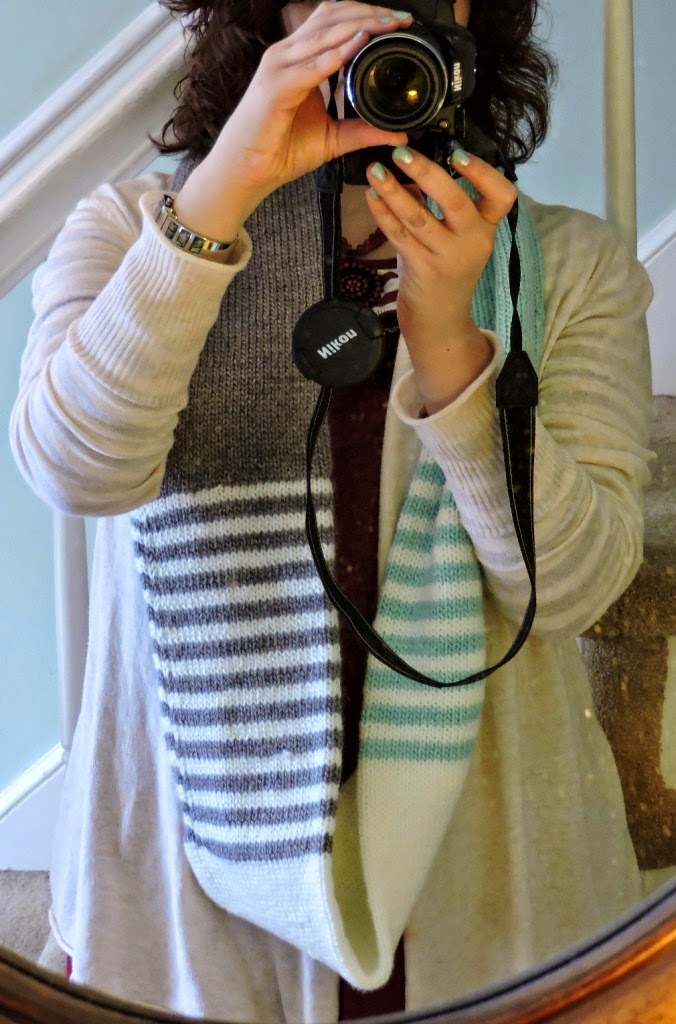 Here it is full-length. It'd be a decent-length scarf if the edges weren't stitched to make it a tubular cowl. 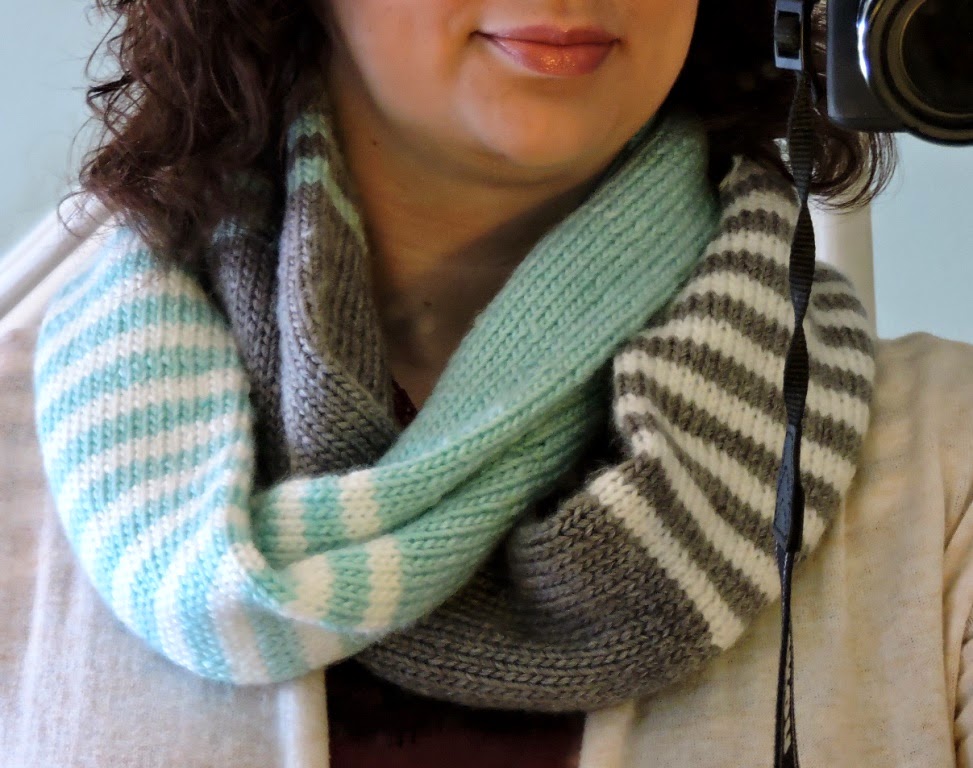 And now doubled up. 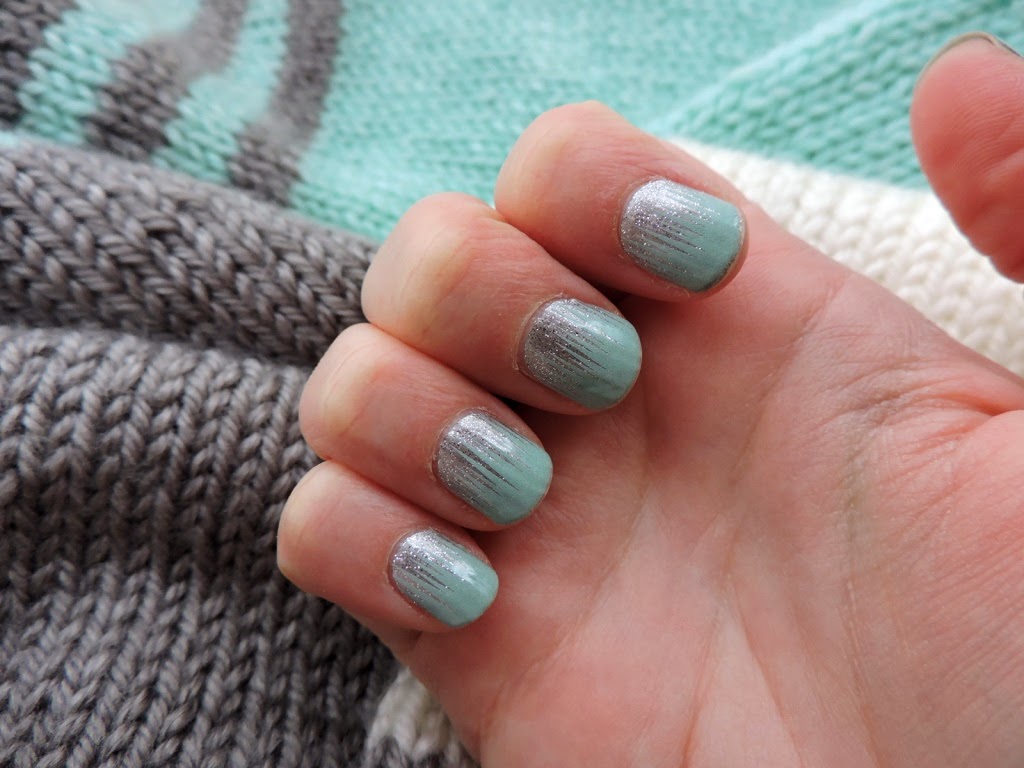 When I noticed this matched my nails I was quite amused. These wraps have been on for a week and are only slightly worse for wear (unlike polish which looks awful after a few days and is why I don't bother). These are Jamberry wraps in 'Ice,' which is quite fitting, actually... 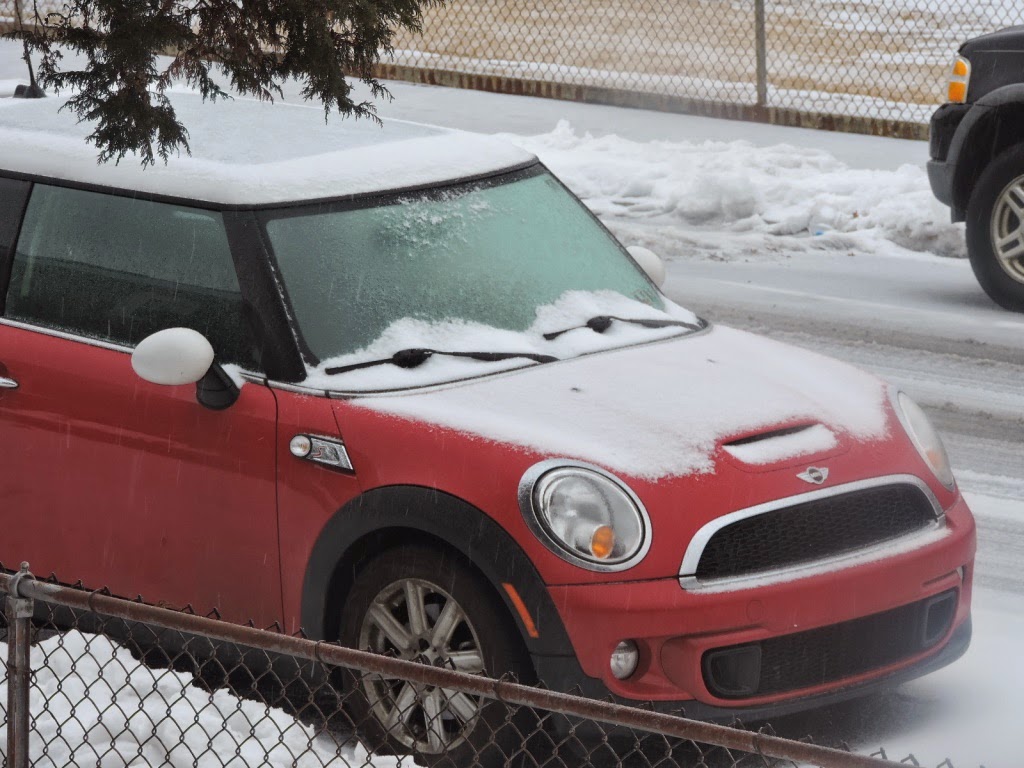 ...because that's what my car is covered in right now, as well as the roads.

I've been learning to knit socks, so I'll have my comparative analysis of different styles soon. Which is geek-speak for "I'll show you what I've been up to and what I like and don't like."

Now, off to Downton.
From the convoluted brain of Bethany at 9:18 PM