I cannot believe it's Sunday already. I took Friday off from work and took a little day trip with my parents, so I've had a three-day weekend that went by more quickly than the standard. I don't get how that works. Anyhoodle, I sewed up a bag for the A-train yesterday, but I have mixed feelings about it so I'll show you that next time (again it's the usual conflict between reality and the picture in my head). So here are a few more blocks. 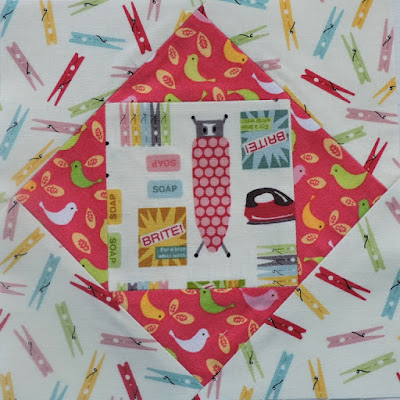 I used to work at CVS. Back then we had to wear khakis or the like (about two weeks after I left they switched the dress code to jeans. Figures). Anyway, my work pants were hanging on the clothesline drying. When I went to get them, I noticed a bird had plopped on them. That blackberry looking sort of plop, at that. I didn't think I'd get it out but it was mom to the rescue. I plop you not the next time they were hanging on the line (I rarely put my pants in the dryer to avoid shrinkage) the same exact thing happened. What a terrible sort of deja vu. 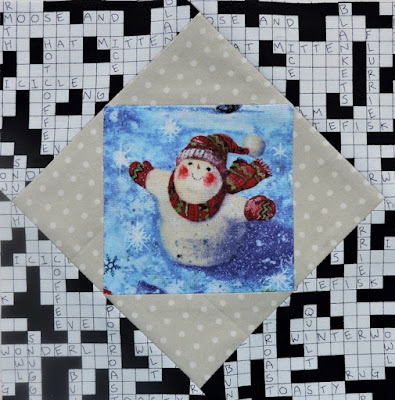 I love winter. And I kind of feel like that snowman when the fluff starts to fall. Everyone I work with thinks I'm absolutely insane for this, but I'd much rather wear boots and a sweater and be comfy than deal with the humidity of summer (which is a season full of headaches (literally) for me. 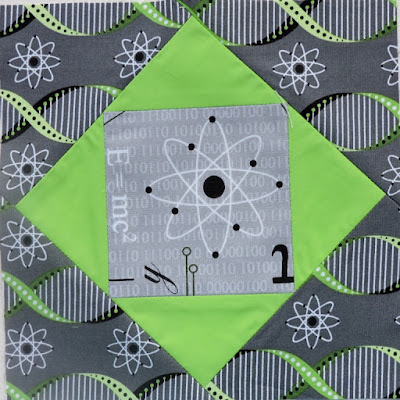 I always did really well in school. Except for chemistry in high school. I should have flunked the class, but I tried so very hard and the teacher was out about half the year due to complications from diabetes that he gave me a passing grade. No fewer than three times did I buy books like 'Chemistry for Dummies' in determination to understand some aspect of it. Apparently I have a non-functioning chemistry part of the brain. Out of those three books you want to know the one thing I learned? That bleach is not an acid but a base on the pH scale. Three. Books. See? Non-functioning. Must be, because I did well in bio and I love physics. I should go all Sheldon Coopery and insist on a brain scan, just because. 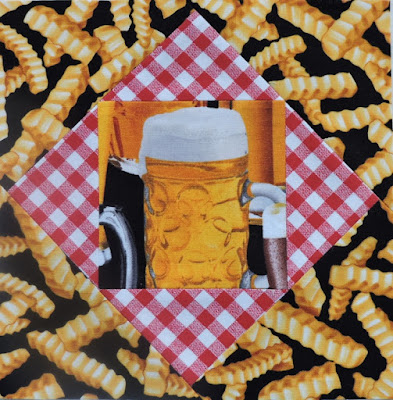 So several years ago I decided to try one of those online dating sites. Long story short it was not for me, and I could write a novella on the weirdos I met. There was one guy I had several dates with, and one was at a local bar. I thought they'd be playing quizzo so told my brother to stop by (I still don't know why), which they weren't but he did. My bro and my date hit it off really well. I sipped my beer and ate my fries (I need food when I drink beer because I hate the aftertaste) while those two talked around me. And bought each other beers. So while they were being all "I got this round," "No, man, I got it" the bartender said "Does anybody want to ask the young lady what she'd like to drink?" The ensuing silence and the "Oh, you" glance I received made it quite clear they had forgotten all about me. It didn't work out with the guy anyway, but this story still makes me laugh. So this block represents that brief period in my life wherein I tried to be coy and say things like "What are you thinking about?" only to be met with responses like "The quadriceps muscle." I plop you not.

And on that note...
From the convoluted brain of Bethany at 8:08 PM