Murder Mystery Quilt Along: Blocks 1 and 2

Hello, kids. Having found out in just about the nick of time about the Murder Mystery Quilt Along, I hopped to and made my first two blocks last week.

Chapter 1 is titled 'The Parking Lot.' And here is the accompanying block: 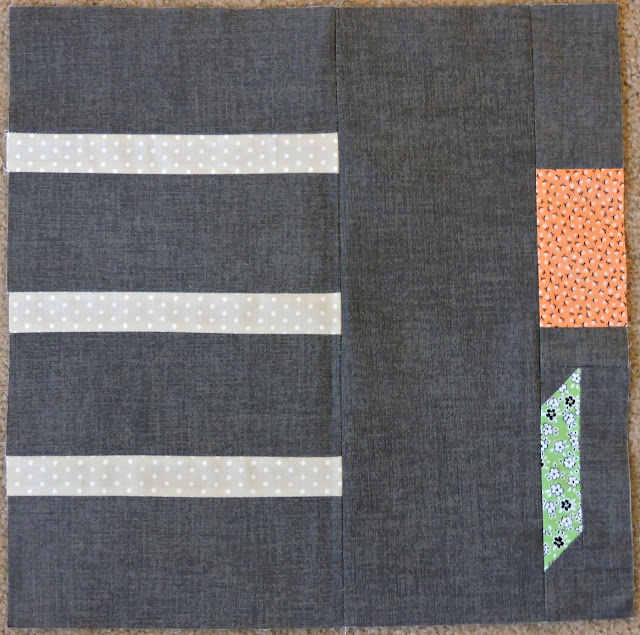 I had just enough of that dark gray to make this block with just a wee bit left over. And the two colored bits are from a random fat quarter stack I bought at a quilt shop in Amish country over the summer. I was originally going to make a color/low-value-coordinating-color quilt with this stack and another, but it wasn't going to work out just right, and seeing as it's six months ago (actually, more) I decided to just cut into it and use it for this quilt. My natural inclination is obnoxious color, so these slightly-more-muted tones give just a pop of color without it being overwhelming. Without even realizing it I also sewed my half-square-triangle corners quite nicely (which never happens when I'm actually paying attention to what I'm doing). 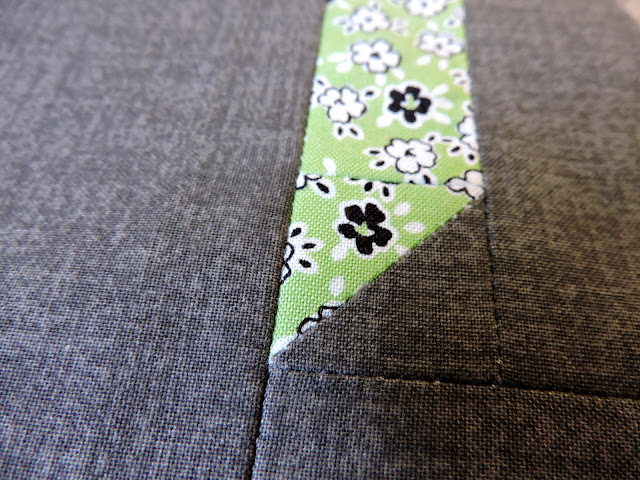 There was a bonus chapter, but no accompanying quilt block, so block two came with chapter three, and was called 'The Waterfall.' 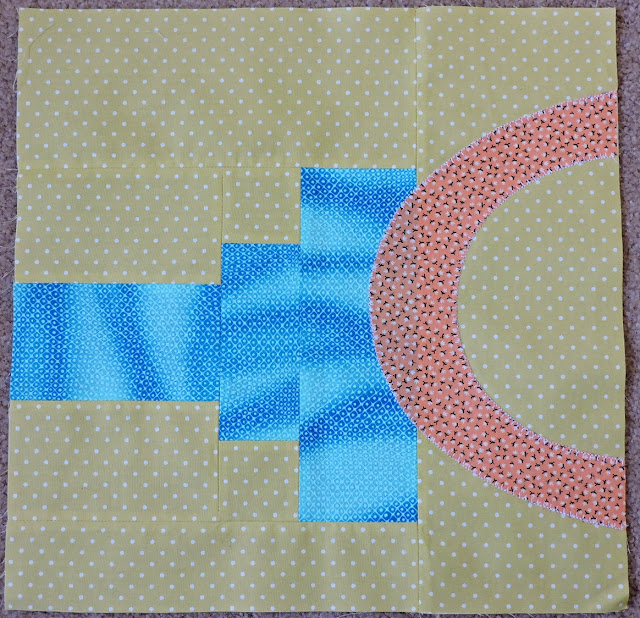 The polka dot is actually a really nice shade of spring green, but didn't want to cooperate for photos. And that water fabric I've had in my stash for years (from when I was making a lot of beach bags). I've been hesitant to use it or lose it because I knew the perfect thing to use it in would eventually come along. 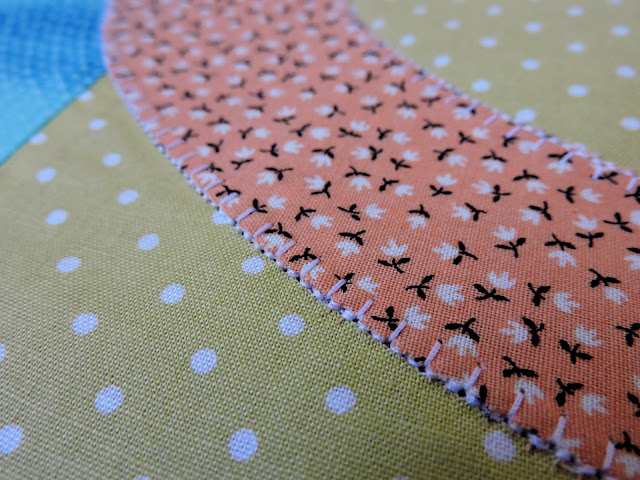 I used some Heat-n'-Bond light for this (the one you can sew through) and used what I thought was a blanket stitch, and I guess it is, but I think I chose the wrong one from the zillion on my machine, as so many of them look a lot alike. I don't even know if I sewed it correctly as I couldn't remember if I was to sew through the edge of the fabric or just off the edge, so I varied, haha. It's really high-skill sewing happening over here, folks.

So that's it. I'm up to date on my blocks. I'm very curious as to how this is going to play out, as the blocks look like an element of the chapter but somehow come together to be something else in the end. And I'm enjoying trying to figure out if this or that little element is actually a clue as well, even though it's planted in the middle of the block directions. I love people who have ideas like this and can make them into an actual real world thing for the rest of us to enjoy.
From the convoluted brain of Bethany at 3:24 PM