I almost forgot to post this month's quilt block (I know you sit there at the edge of your seat, just waiting for these). We're up to chapter four already, which seems insanely fast. I still have no idea where this is headed and what I'm making, but I guess that's the point of the whole thing. 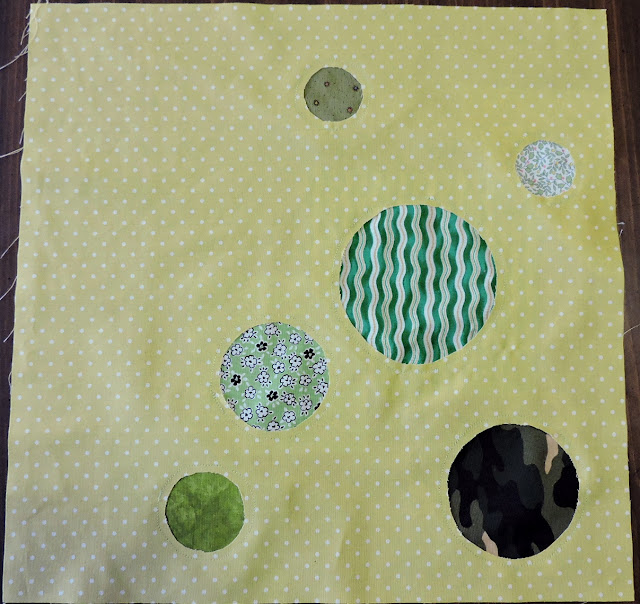 There was some debate over what this block is supposed to represent, and it definitely would have influenced my fabric choices. I waffled for quite a bit, and then just went with the suggested fabrics as I've been doing all along. I've never reverse-appliqued before, and I'm not a fan of doing it (though I like the look of it). I originally cut out all the circles in the background fabric at once, but things got very wonky when I tried to sew the appliques to it. So I scrapped that, and cut and sewed one at a time. 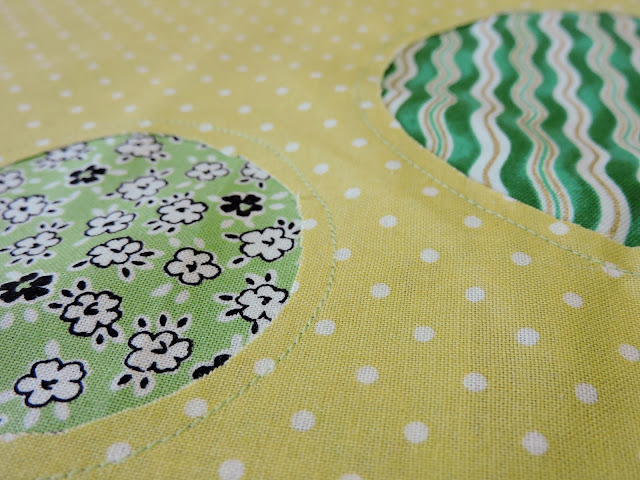 I wanted to do a blanket stitch, but called it a day after managing just to stitch these down successfully with a straight stitch. Of course I can always go back and add it--it would probably be much easier with some stitches stabilizing the rest of the fabric. 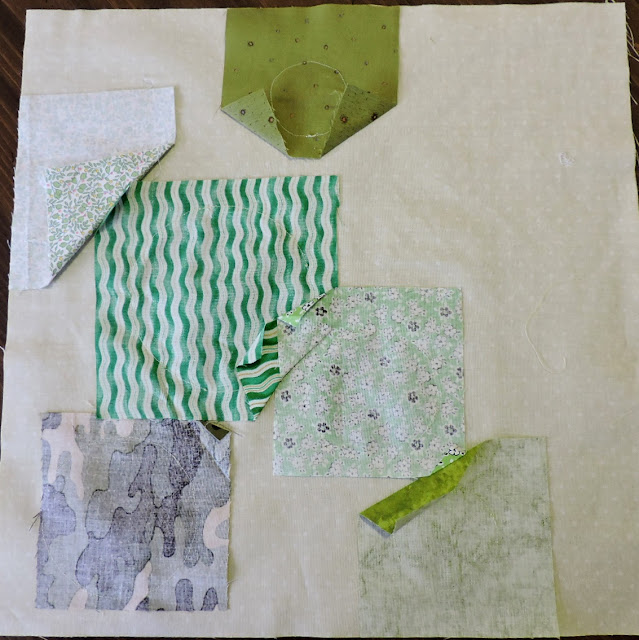 Normally I wouldn't show you the back, but here it is anyway. I didn't trim anything yet, because at this point I still don't know what is a clue and what is meaningless.

My plan (when I can get a little chunk of time) is to spread out my blocks and reread the chapters to see if the detective portion of my brain can be activated. Or maybe I'll just find a detective and ask him/her to help me out.
From the convoluted brain of Bethany at 9:42 PM