Not really. Metaphorically. But with all the feels.

Not long ago was my birthday, and I wrote to you here that my sisters bought me a totally unexpected gift--tickets to a show on Garrison Keillor's farewell tour. I have listened to A Prairie Home Companion on and off and on again for about twenty years--I can guarantee you that I was the only kid (possibly the only person, haha) in my entire high school who listened to an old-timey radio variety show broadcast live from Minnesota. I had no idea he was coming to a theater in a town not far from me, but my sister did, and snagged a pair of tickets way back before Thanksgiving, and held onto them without bursting at the seams to tell (unlike me--I cannot hold onto surprises that long).

Anyway, my mother was my date, and after I had a little pre-date bash at the dentist for my six-month cleaning, we headed out to the Keswick Theatre, an old-fashioned theater that was originally a movie house. 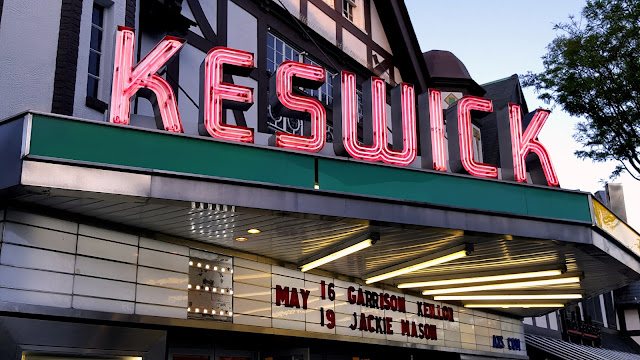 The place was packed--I couldn't believe how many people came out to see this (because whenever I have mentioned his name it got me nothing but blank stares). The stage was set very simply-- 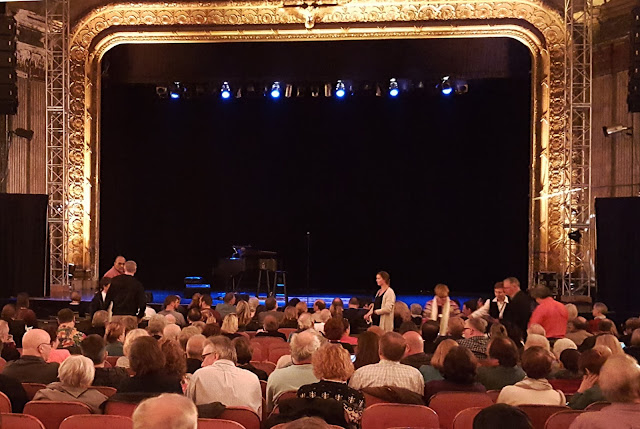 -- a piano and a stool. The lights dimmed, the crowd hushed, and the man himself walked out onto the stage. And there he remained for two hours straight, no intermission, no cue cards or cheat sheets or notes or anything, just him and the piano player Rich Dworsky. Photos weren't allowed, so my sneaky shot is terrible, but you get the idea. 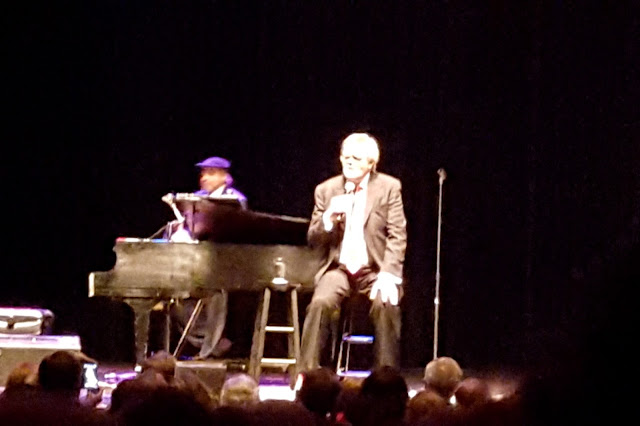 He starts the show with a sing-along of sorts, and calls the audience his 'choir.' No accompaniment, just clear, soft voices singing "God Bless America" and "Swing Low, Sweet Chariot." And then the tale-telling and the jokes commence, and we were riveted for two straight hours. This deep, soft, melodic voice regaled us with tales of Minnesota farms, and Lutheran ministers, and forgotten Norwegians. It was definitely reminiscent of the radio show, but at the same time very different. At times we roared with laughter. Other times he started to be a bit more serious, but then quickly (and unbeknownst to us for a little while) set the scene for another side-splitting story.

All too soon, it was over, this evening of as-American-as-apple-pie goodness. We wrapped up by singing "I Can't Help Falling in Love With You." Standing ovation, bows, happy faces and teary eyes. All was right with the world. Fare thee well, Mr. Keillor. You may say you come from good-enough-people, but I respectfully disagree.
From the convoluted brain of Bethany at 9:24 PM