Over the weekend, while my mouth was full of woe and I was feeling quite sorry for myself, I did manage to get in a little bit of sewing. My mama needed a new tote bag for her work stuff, as her other one was looking much worse for wear. The thing with sewing for my mom is she gets annoyed if you don't use what you have and try to buy new fabrics. This is great for using stash, and also forces me to be a little bit more creative as my stash is random stuff (I don't buy fabric collections unless I'm going to use the whole thing, usually in a quilt). The only thing I needed was a little bit of denim, which was already on major sale, so I think I spent maybe two dollars.

I made a slightly modified version of my Calypso tote. I did a bit of patchwork instead of a solid, and changed up the lining slightly, but the principle is the same. My biggest modification was unintentional--I think I held the fabrics the wrong way so it came out wider and shorter than the original, but I do like the shape of it (and it's not a drastic change). 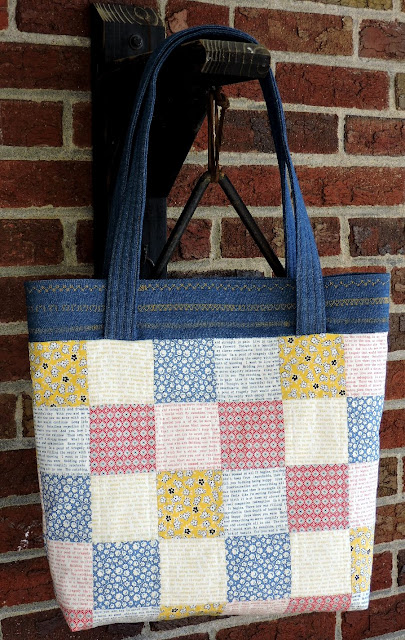 The texty prints I bought as a bundle some time ago, and they matched really well with the ditzy florals I bought on a day trip two summers ago to Lancaster County. 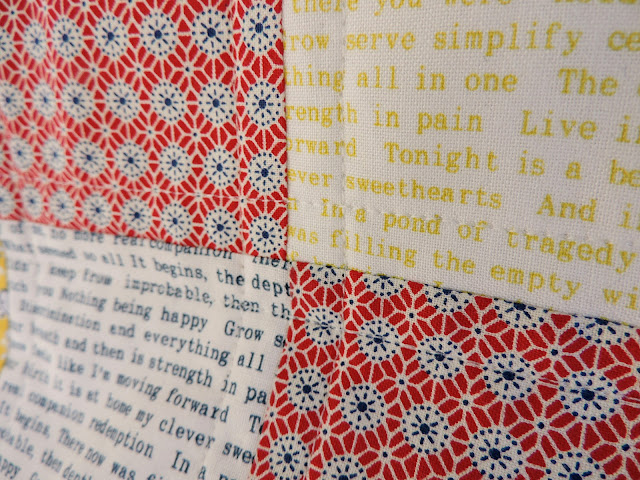 They're placed fairly randomly (other than alternating a text with a floral), and quilted on both sides of each seam line in each direction. The thread blends so well you can barely see it, but it's there.

The original tote has the lining extend over the top of the bag and form a border of sorts on the outside, but this lining wouldn't have contrasted well, so I used a piece of denim instead. My original plan was to use jeans thread to mimic the stitching on...well...jeans, but my machine does not like weird threads (my smaller one has no issue, but the quilting one balks). So I used regular thread of the same golden color, and used some of my fun stitches. 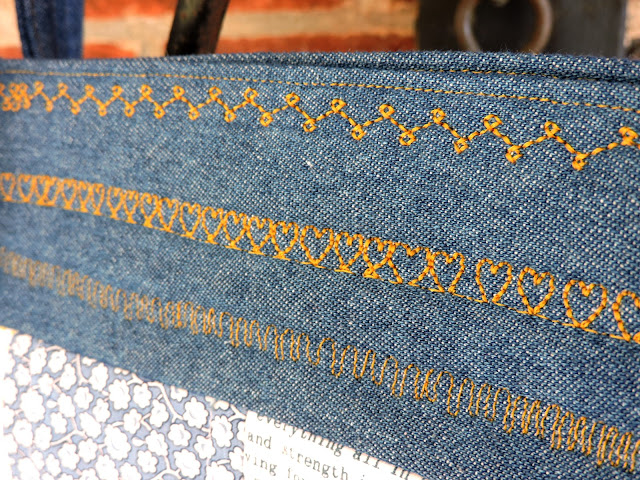 Some spots got a little bit quirky, but my mother loves imperfect things, especially if the imperfection is due to human hands. 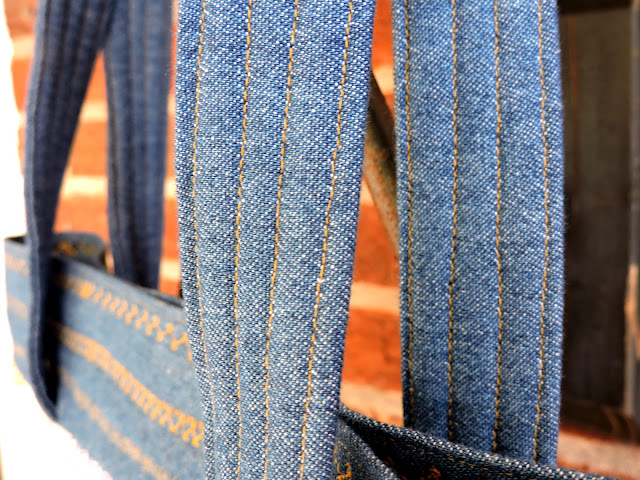 The straps are nice and sturdy. The denim is probably the lightest weight you can buy, but I interfaced it and used some fusible fleece. Hopefully they're nice and comfy. 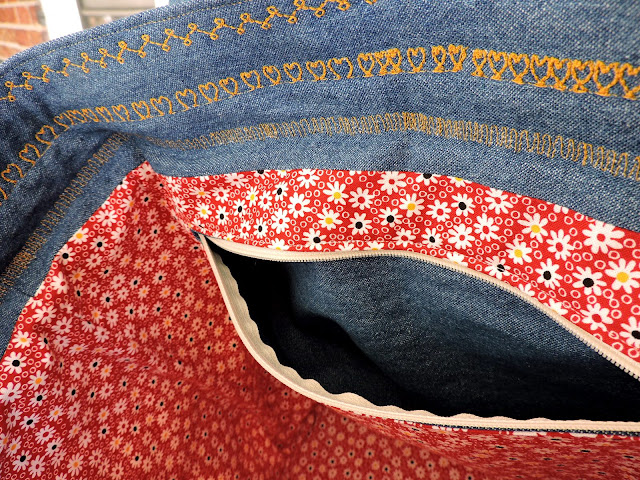 I included a nice and roomy zip pocket on the inside. I didn't have any of the heavy weight plastic canvas I use for bag bottoms, so after the gap was sewn I used a super sturdy piece of cardboard and gift wrapped some fabric around it. Ain't gonna be no sag in that bag! (FYI it really hurt to write that). (FYI again--if you look in the bottom of the bag you can see it a little bit). 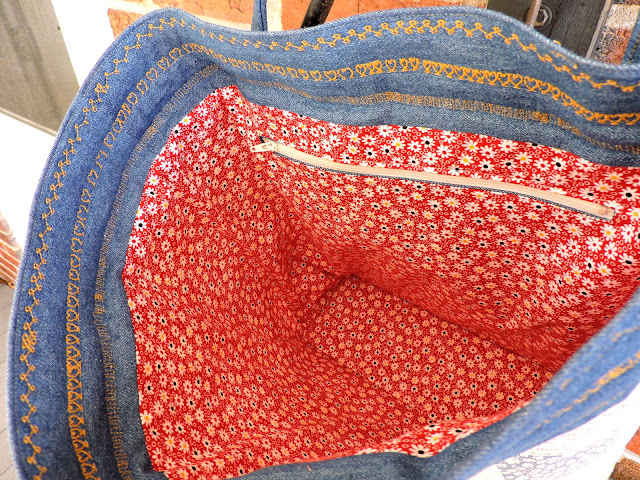 So that's one project done. I ordered some nifty 'fabric' for a pattern I bought recently that I can't wait to get to work on. Anybody ever work with cork fabric? Any pointers?
From the convoluted brain of Bethany at 9:37 PM