For the past month I've been on a sock-knitting kick (two pairs of socks translates to 'on a kick' only in knitting where they take a bit of time to make, especially when one does not develop second sock syndrome. Three pairs is a spree, FYI). I took some photos of them today to share, and realized something that some people might characterize as psychopathy.

Let's start with one of the pairs I recently finished. 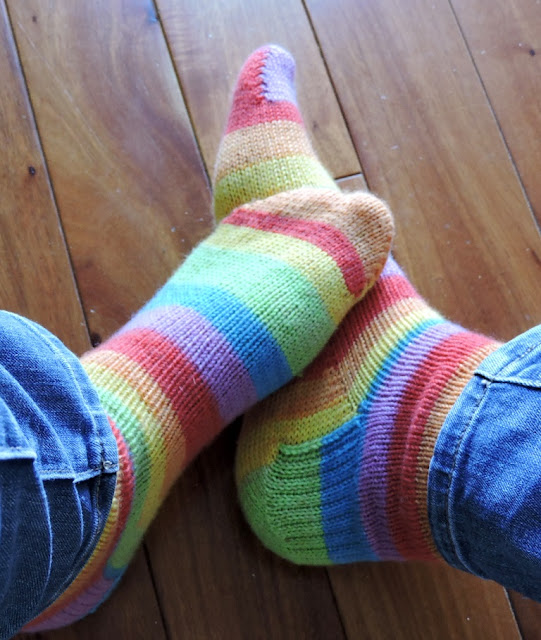 The yarn is a very basic toe-up pattern that I found on the Knit Picks website. I've used it several times on size zero needles, and they always fit just how I like them--a wee bit snug, but not tight. 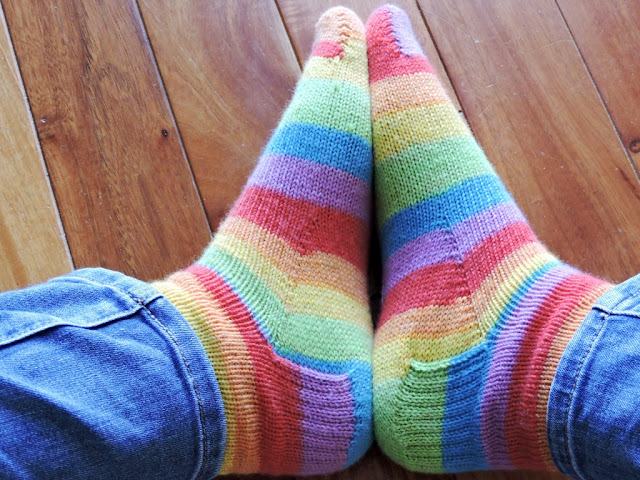 When I first started making socks, I really tried to get them to come out exactly the same. But then I thought that if I wanted identical socks I could buy them; but fraternal twins? I could make those. They're the same, but different. Just like people. 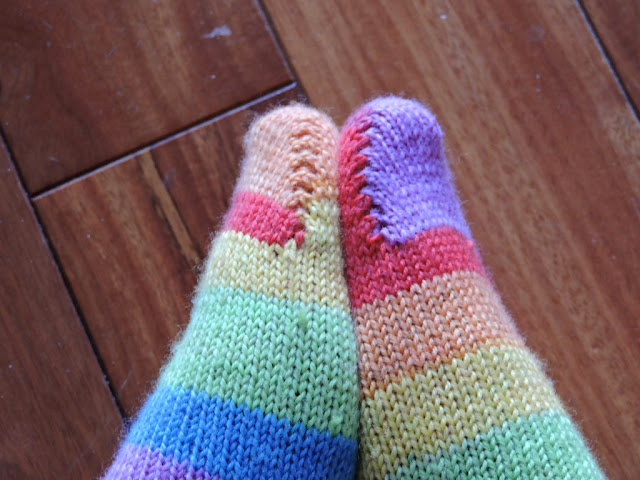 Oddly, this is the first pair of socks that I made once. Without fail, every single pair of socks I have made has been started at least three times. I either twist the cuff, or muck up the toes somehow, dropping stitches, forgetting wraps and turns, whatever. But this pair was smooth sailing. It probably will never happen again. 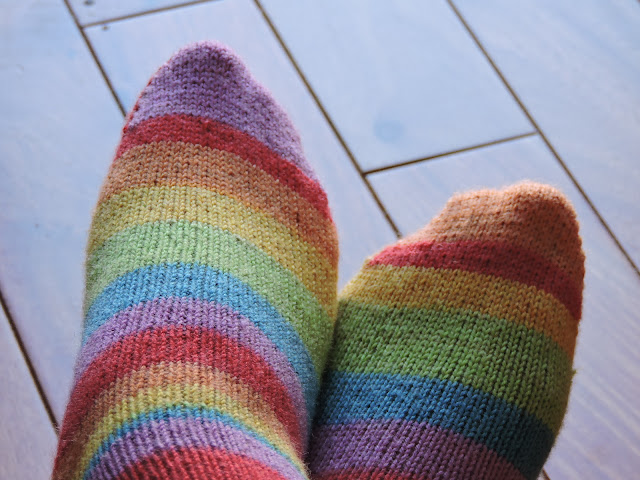 The yarn I used is Knit Picks Felici sock yarn in the 'Rainbow' colorway. They haven't been washed or blocked yet, so they still look a little bit homespun. But this yarn washes up soft and beautiful.

Lucky for me I love things in rainbow colors, because these socks will not be alone for friends in my sock drawer. 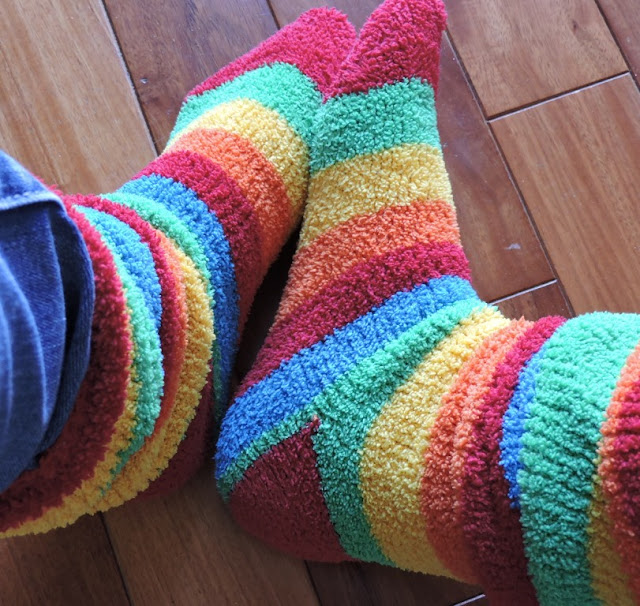 These super thick ones (that I can't even get my jeans over) are absolutely necessary as I wear these when we decorate the Christmas tree. It's vital that I wear these to obtain a well-decorated tree. 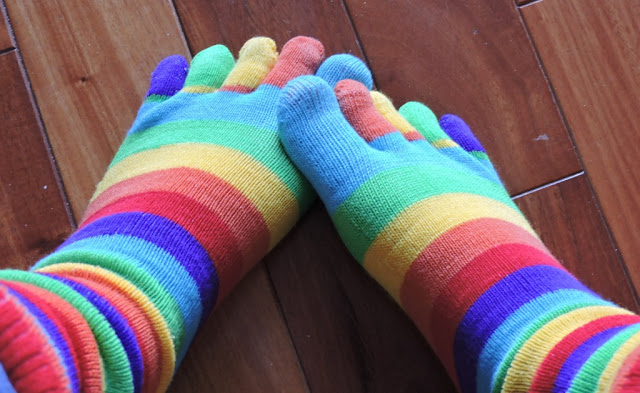 And these toe socks (that freak people out a little) are essential because in this one episode of Sex and the City Carrie Bradshaw was wearing a pair of these on one of her girls-nights-in with the ladies. And since they're not making that show anymore, these are kind of a collectible. So I need these.

It's not psychosis, it's sockosis, and a lot of people probably have it and don't know it. You should get yourself checked in case you have it, too.
From the convoluted brain of Bethany at 9:52 PM