When we went down the shore last week we did one thing that we always do--we went to Kelly's Old Barney restaurant for breakfast. It's a small weather-worn restaurant right at the tip of the Island, in the shadow of the Barnegat lighthouse. It was a beautiful morning, so we sat outside.

This was not without its issues. It wasn't the sun--there were umbrellas. It wasn't the temperature--it was perfect. It was the influx of sea birds, colliding with my brother's extreme fear of all things avian. 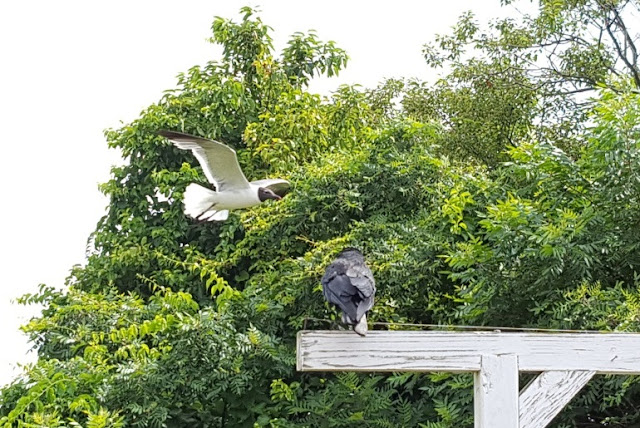 The birds were not so gutsy as to land on your table while you were eating (although, side note--one stole a sandwich right out of my mother's hand on the beach), but when a group left if the staff didn't clear things away quickly, they rushed in and stole what they could. One seagull flew away with a whole slice of toast, a few others had smaller bits. It reminded me of a scene from a movie but with people instead of birds (and whose name escapes me right now). 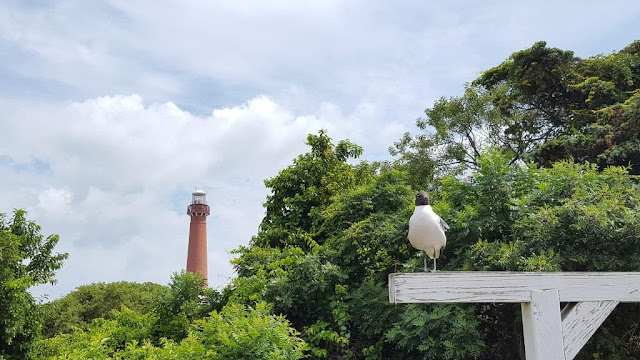 The seagulls are so used to people they even pose for photos for them.

There was some discussion over breakfast as to if we were going to climb the lighthouse. I was quite content with my feet on the ground, rooting on everyone else from below. But as we approached, I was overcome by what can only be described as insanity and decided to make the climb. It's not so high, right? 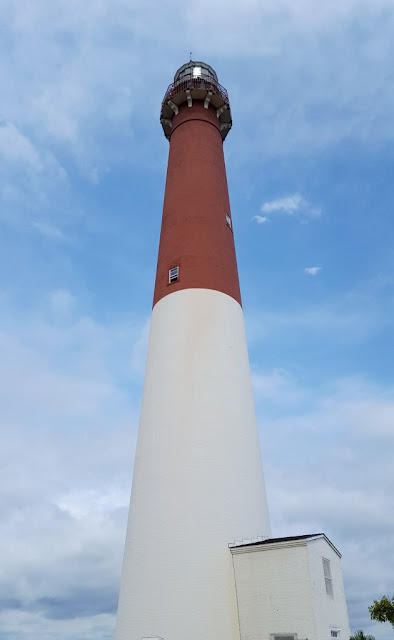 Soooo you know the Civil War general George Meade? My dad was telling us all about how he was the creator of the lighthouse and so on. Not even thinking that the Army Engineers out of West Point would have done such things (what? they did things other than fight?) I was quite surprised by this. We came upon the bronze bust right outside the lighthouse entrance-- 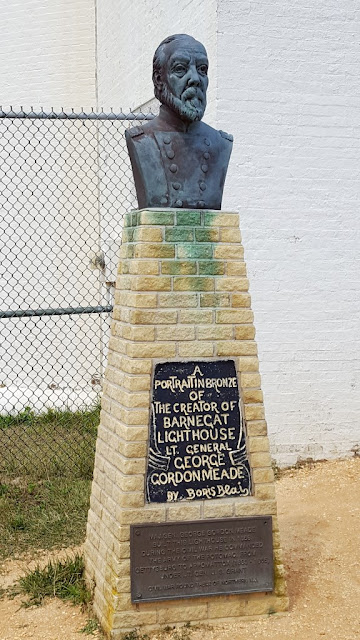 --except Girl Genius here did not read that as Lt. General George Gordon Meade, but as Gordonmeade. See the difference? So later, when my sisters were talking about it with my dad I'm sitting there thinking "Wait....I didn't see the plaque for Meade regarding the lighthouse..." I won't tell you how long it took me (or maybe somebody had to tell me, I honestly don't remember) to realize how dumb I was (hey, I was on vacation. I didn't feel like doing thinking).

So everyone but my parents (who maintained all of their senses and reasonably sat on the benches to wait) headed into the lighthouse to what came to feel like certain death. 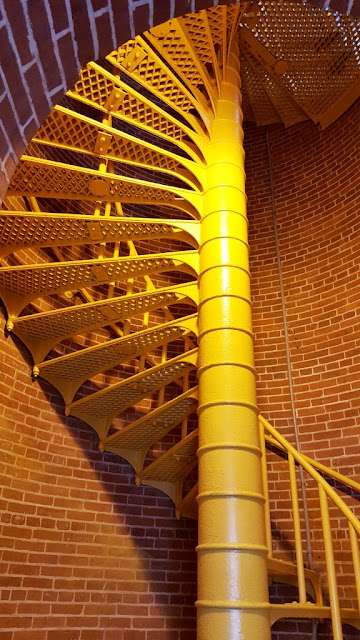 That spiral staircase had a climbing area half as wide as the photo shows, as it was split in half with a railing and the other half was roped off. So on a warm day, in an enclosed space, dozens of strangers were squeezing past each other, silently hoping "I hope I don't stink--it's hot in here" and also thinking "Seriously? You can't turn sideways and make this a little easier??" I know the staff must be trying to be helpful and motivational with signs like "Hey! Great job! Only 177 steps to go!" But it was not helpful. And I won't write here what I couldn't say there (because children).

After what felt like an extremely long time (but really wasn't), we emerged at the top of the lighthouse. 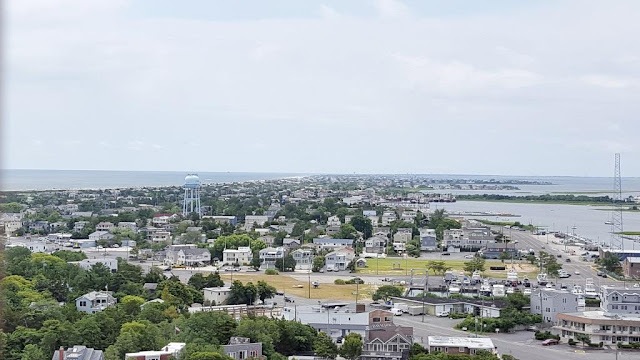 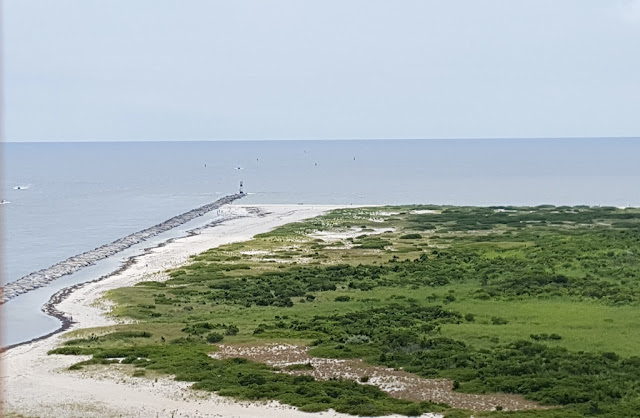 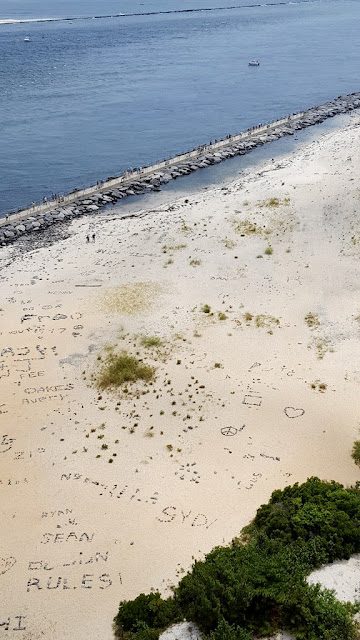 Did you ever read that book The Light Between Oceans? Or Anne's House of Dreams in the Green Gables series? Both have lighthouse keepers as characters. When reading these I thought that sounded so cool--living in a lighthouse???? But no. No. N-O. Granted I'll take the muscles and trimness, but I would like to not climb those steps to achieve it.

The thing about reaching the top is--you've got to come back down. Coming back down is actually more difficult. It's a little bit dizzying, and the space feels tighter. A-train was zooming along, with my sister saying "Both hands on the railings!! Go slow!!" I was at the rear of the line, behind my other sister, who was carefully placing one foot in front of the other. I told her she reminded me of Vern crossing the train bridge in Stand By Me, and she didn't miss a beat when she said "Oh no! I dropped the comb!" Emerging back into the sunshine was quite freeing. I'm not claustrophobic, but I know being a lighthouse keeper no longer sounds fun.

So that wasn't on my bucket list. I actually don't have a bucket list (I think they're too cliche). But I'm going to start one, and put that on it, so I can cross it right off. And then I'm going to add 'Don't be a cliche' so I can throw away the bucket list.
From the convoluted brain of Bethany at 12:30 PM