"I Need You to Be More Discerning"

That's something my youngest sister has said to be a LOT in recent months (or something similar). I cannot deny that she has good reason.

A couple of months ago I went on a handful of dates with a guy who started off normal enough, and then took a hard left down Crazy Lane (which, if that was a real street, I'd have to live there just because). "When you're out with your friends, I'm going to need you to check in with me regularly." No. Or, "I need you to text me right away when I text you." Not at 3 in the morning, pal. And finally, "I love you." You don't tell the girl who doesn't like to be HUGGED that you LOVE her after TWO weeks. And that's the tippy top of the tip of the iceberg. My sister said "I'm going to need you to let me screen these people."

Reason two. Not long ago, I made a bagel with cream cheese. It tasted fine. I did not get sick or have any ill effects. A few days later, my sister said "Is this cream cheese ok?" My mother looked and gave that "Eh, maybe yes maybe no face." (Don't judge--you know you've got a science experiment in your fridge, too). I said "I ate that the other day and it was fine." Sister said "I'm pretty sure it's GRAY." (It wasn't). So I repeated myself. She threw it away and said "I'm going to need you to not eat cheese of a questionable age."

And reason three. A few months ago we had a girls' day and went to tea. Afterwards we went to this (quite large) cute antique shop that we had never noticed before. If I had space for such stuff I could have dropped a small fortune there. As such, I bought a book for my uncle, and a beaded basket. It looked really cute sitting on the shelf, with the lights hitting it just so. I imagined someone sitting there, stringing beads and following the directions that came in (what was probably) a kit. I carried it around quite proudly, not knowing what I would ever use it for but needing it just the same. 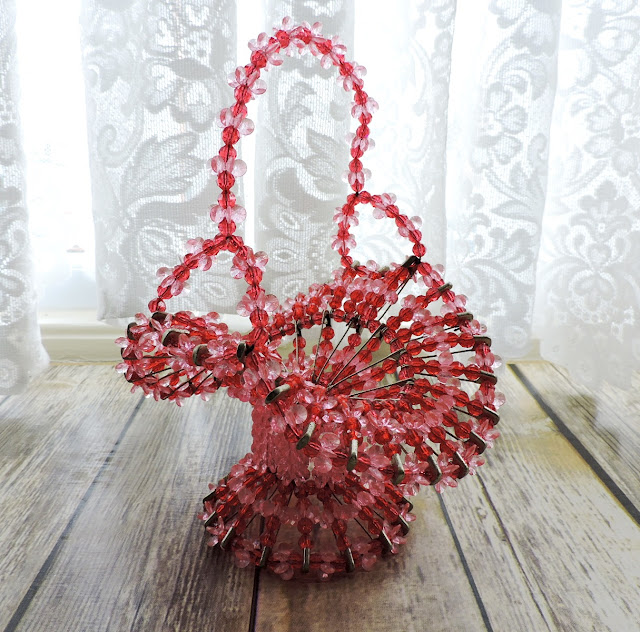 When we got home, I put it in some warm soapy water to try and brighten it up a little bit. I left it on the windowsill to dry. It looked pretty in the sun. 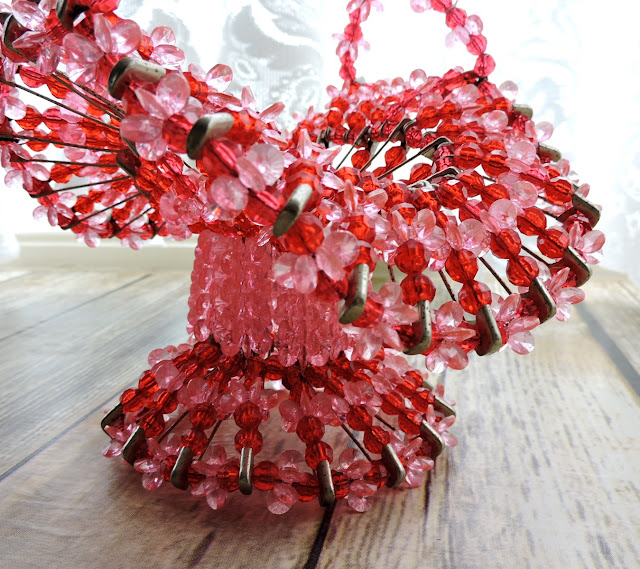 My sister hadn't seen it yet. But when she saw it the next morning she said "What is that?" but inserted an expletive or two. Then--"That's hideous." 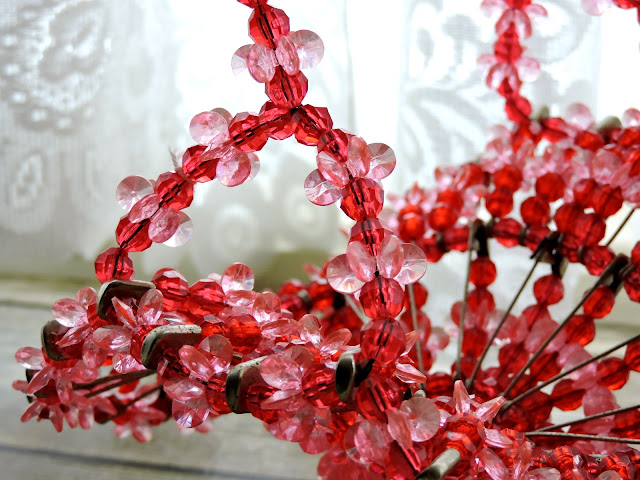 I argued on its behalf. I said "But it's pink and red!" And "It's safety pins!!!" And "Doesn't it remind you of that teeny beaded lampshade Grandma has on that little electric candle in her bathroom?" 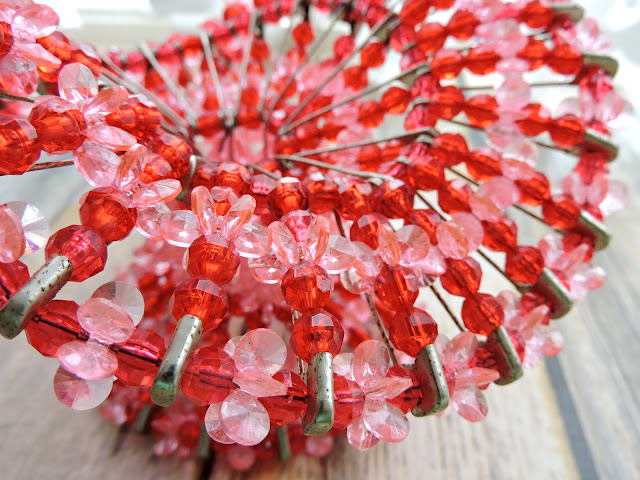 I'll be honest. I was less than enamored with it. The lighting in the shop must have been fantastic, because it was not as cute anymore. I told her "Well, I had second thoughts about it this morning....?" and she said "The time for second thoughts was in the store when you picked it up!" 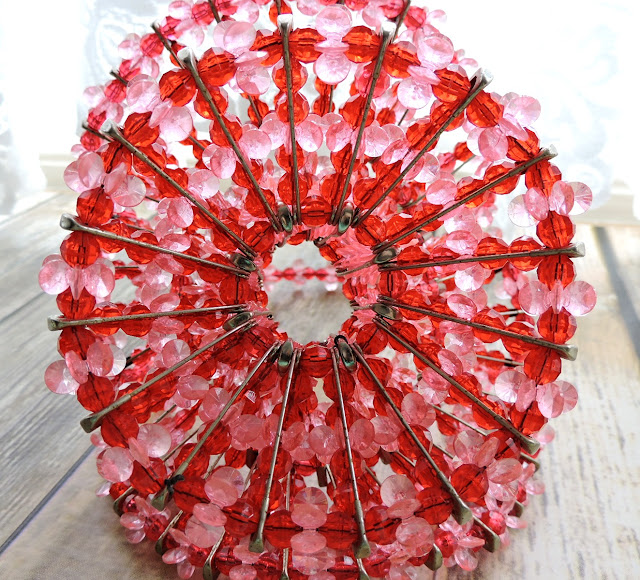 But now I have to keep it until she forgets it exists. I can't just admit that I don't know what came over me. It's not even functional! But it IS pink and red...

**Note: I wish she would go to the hospital and tell that neurologist that HE needs to be more discerning, because now I've got TWO doctors of the opinion that this might not be MS. I get more tests on Friday, and hopefully they fill in enough of the picture so I can know for pretty sure what's going on.

And also: I finished my sweater. And it seems to fit. And it's going to be really warm this weekend, but I'll try to take some photos for you. But it's pure wool. So no promises.
From the convoluted brain of Bethany at 10:27 PM