When I was little my WHOLE family used to go on vacation together - grandparents, uncles, aunts, cousins, probably a few people we didn't even know somehow snuck into the mix without any of us noticing. We defied the laws of physics by cramming a bajillion people into a house that would sleep maybe a dozen. And the craziness of it all was welcome and delicious. It has been years since we've had a proper vacation, outside of a few long weekends here and there. A lot has changed over the years, and this time it was a much more intimate group that went (because when kids become adults there's really just no way to defy the laws of physics anymore). It was the siblings, the newcomers (my B.I.L. and the nephew), the parents, a couple aunts, and a few cousins that went. It was the perfect-sized group, in my opinion - large enough to not be boring, small enough that it wasn't  too crazy.

We headed to Long Beach Island (or LBI, as those in the know like to call it :) for a week of whatever we wanted whenever we wanted. This is where we went on vacation every year, and I missed it. It's not the same thing if you just go for the day (being from Philly it's a nice luxury to have mountains in one direction and beaches in another, neither very far away). I didn't realize how much every part of me needed to relax and by the end of the week I felt totally refreshed and chill. I didn't go crazy with the camera but I have more pics than I thought I did to share with you. 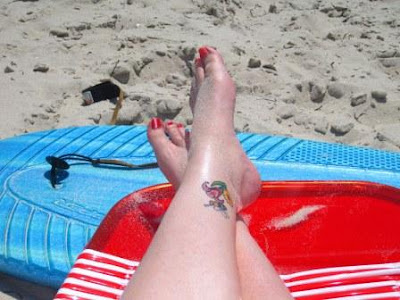 I did a LOT of this. Slathered up with proper amounts of sunscreen, of course. No matter - my fair skin still burned. And tanned a little. This is day one when I was still pasty white. 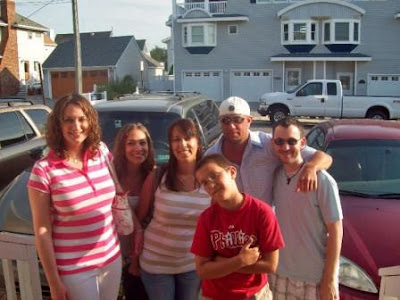 Here are all the kids :) on their way to dinner with the grown-ups (who don't like their pictures taken). That's me on the left, sister Alicia, sister Rachel, my brother Jay and my brother-in-law Matt, with Zach in the front doing a last-minute pose to make my Dad say "Why'd you move? Now I have to take another one!" 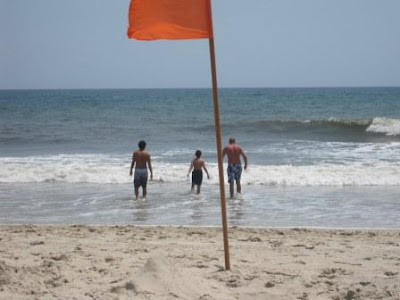 It's a shame the water is so calm in this shot. You should have seen some of the waves! There were some days of wicked water where the lifeguards limited how far in you could go. Here Zach is trying to find a good place to build his sandcastle... 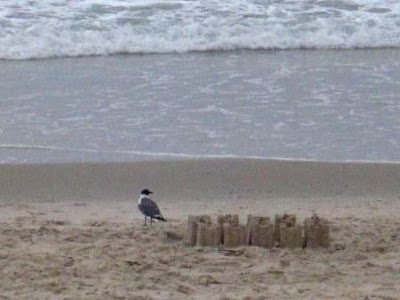 ...that this sandpiper is trying to take credit for. 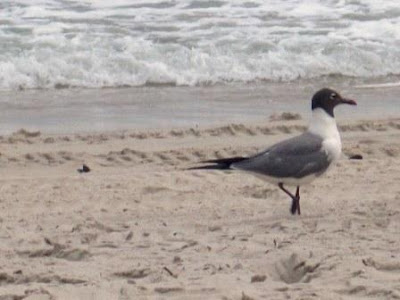 I named him Wally. He was the only one that would stray from his group and do his own thing while the rest of them played silly bird games. 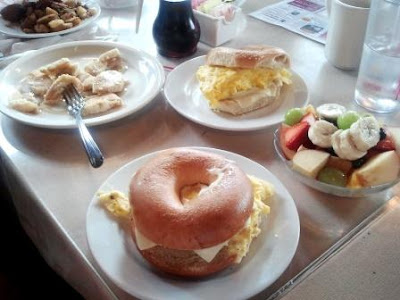 When you're in LBI you MUST go to Kelly's 'Old Barny' Restaurant near the Barnegat Lighthouse. This was Zach's breakfast - a short stack, a bowl of fruit, 2 bagels (the huge ones that are like eating twelve slices of bread) with 2 scrambled eggs on each, and chocolate milk. This was my breakfast...okaaaayyyy....maybe there were a few eggs and some bacon and toast. MAYbe. 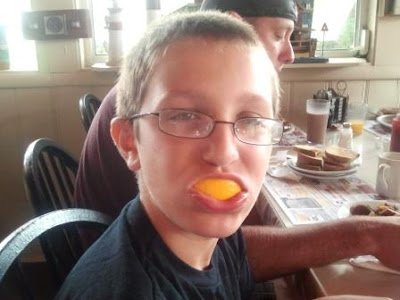 Don't forget to play with your food! 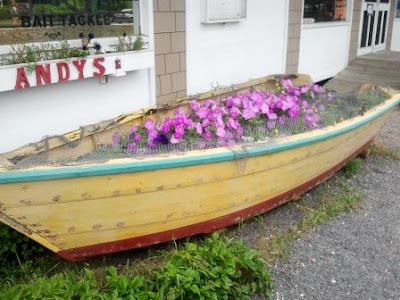 Once you're finished breakfast you have to go to Andy's for crap you have no need for like colored shells and lighthouse Christmas ornaments. Out front they had this boat covered in chicken wire and the flowers grew up through it. 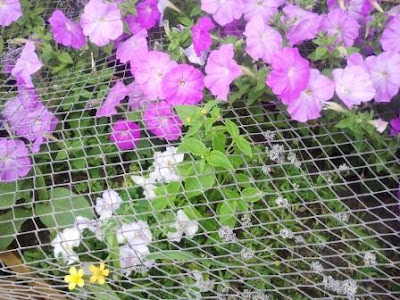 Flowers down the shore grow extraordinarily well. Apparently we just need to throw some salt water on them and they'll grow. Well, we COULD try that if we hadn't already killed our flowers. 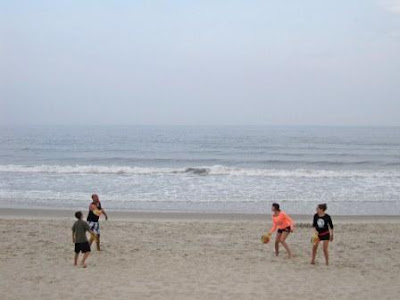 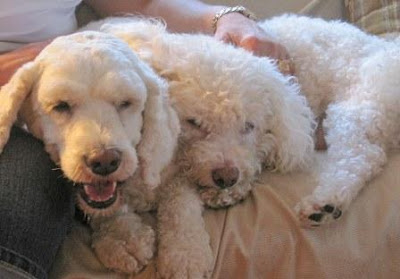 That's Charlie on the left and my cousin's dog Walker on the right. These two played together all week. I think Charlie was wondering where his new friend got to when we came home. And we didn't place them like that - Chuckster was snuggling up to my mom, and then Walker snuggled up to Charlie. Too cute! They're both rescues, so it's like they had this deep understanding of each other. 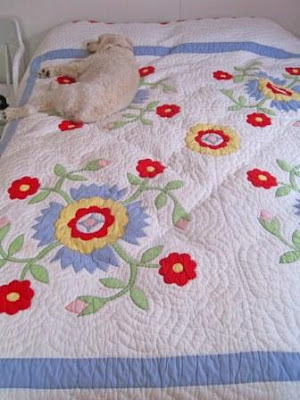 This was supposed to be a picture of this quilt (LOVE IT!!) but Charlie wouldn't get off the bed so he's in it too. 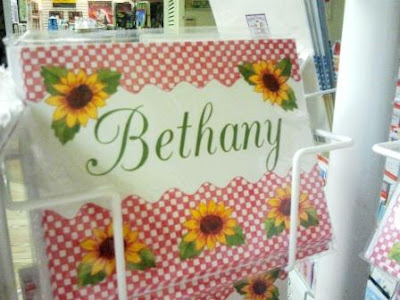 I had to document that some stores sell things with my name on it. This is such a rare find I had to snap a picture. Plus I really like that font. I thought my name was becoming more common, but apparently not - I answered a sales call at work today and when I told the guy my name was Bethany he said "Ok, hi, Bernadette, nice to meet you." Ummmm....what?! I understand Stephanie and Brittney. Anything else I'm just all WTF about...Bernadette. Really?

So that's that. I didn't think about work, about orders to sew, about my ever-growing to-do list, nothing. None of us did. We just embraced our week and took from it what we each needed. I think I need a little more but that will have to wait until next year...
From the convoluted brain of Bethany at 8:38 PM