Hello all, if anyone is still out there after yesterday's major whine-fest. My computer issue is way beyond me at this point, so I have to call in my tech squad (a.k.a. my brother-in-law Matt). If he can't fix it at least he'll know how to wipe it clean and start fresh (which I'm fine with. I actually tried to do that but couldn't even get that going--I'm this close to saying "I give up" but I don't like to give up and so I carry on).

Anyway, I did manage to finish the very last block in our quilt along. It's called the Alice Brooks Butterfly. I don't know if it's just me, but these quilt blocks were supposed to progress in difficulty--I consistently found the last being easier than the second. Same with this block--it went together surprisingly easy, except for the usual pressing issues. If it's not a straight seam I apparently can't iron a thing flat to save my life. But otherwise, I'm quite pleased with this finale block. 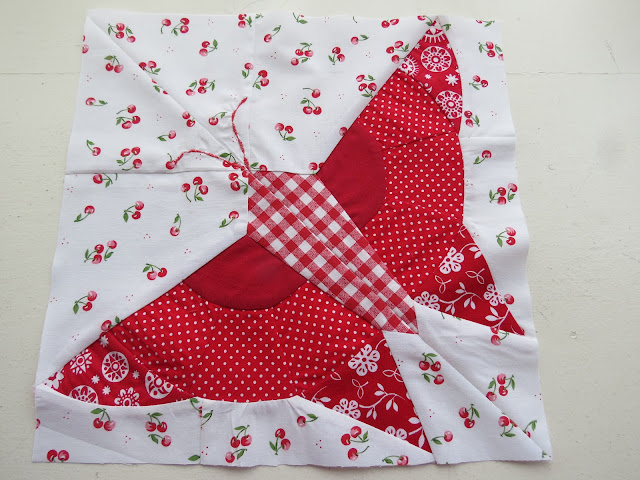 My dad saw it and said "Is that some kind of bug?" I said "NO Dad, it's a butterfly" (which is probably a kind of bug but not the kind that he meant). And he said "Call it a buggerfly." Oh Dad. You so witty. It does actually look more like a moth, though, so I get where he was coming from.

For the antennae I tried to use one of my fancy stitches, but as I was going right over a bulky seam it balked and didn't want to look fabulous. But it looks good enough. 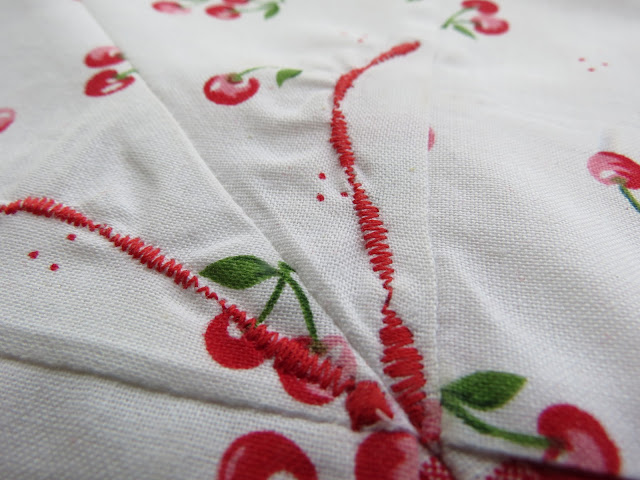 And wanna see something else? 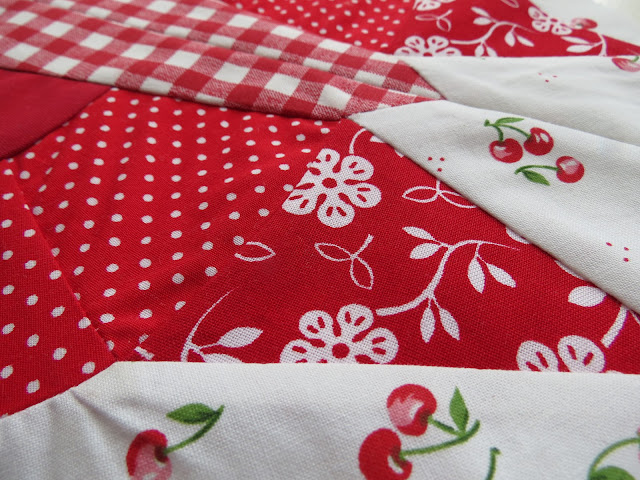 Want me to tell you what you're looking at? Those are some points that match up, kids. And I didn't even try. So that's the trick. Say to hell with it, and your points come together.

I've been working on a new handbag that I don't think I will ever make again. I'm using a pattern from a designer I've never tried before, and I feel like this is way more complicated than is necessary. I already changed the lining assembly, and I find myself reading directions a few times to understand what I'm supposed to do. It's coming along quite nicely, and I love the fabrics, but I feel like there could be an easier way to make most of this bag. So once I have finished this one I will make another so I can immediately suss out what that easier way is.

I'm going to leave it at this wee little post today as I feel like I'm tempting fate by even being on my computer right now. Nothing frustrates me more than a problem I can't solve. Not a real problem, but a silly problem that should have a simple answer. I'm perfectly willing to let God have a hand in the real problems. But if he wants to tickle the innards of my PC here I wouldn't be upset.... Just sayin'....
From the convoluted brain of Bethany at 11:35 PM