Ahoy ahoy! How's tricks, gang? I've got nothing new here at all. It's been a slightly irksome week, between work and home. I had a virus on my computer at work that sidelined things for a day. And the worst part is I have no idea where I picked it up. Of course when you have a virus on your work computer you feel really conspicuous, like everyone is thinking you tried to look at naughty things instead of something coming from a malicious ad on a legit site, which I'm pretty sure is what happened (so I guess I do have an idea of where it came from). There was a giant bug in my bedroom the other night that wanted to kill me, but I showed it who's boss and told him "I hope your friends are watching what happens to creatures who scare the crap out of me before bed." You can ask my mom--I really did say something like that but probably less wordy and more like "Gone!" Also, anything I've sewed has taken a gazillion times longer than I thought it would. Like this quilt block. You thought I was gonna go way off track didn't you? But I totally full-circled back to the compass block. So....yeah......

OK, so this last month of our QAL is supposed to be made of some killer blocks. I was quite nervous, but then saw we were paper-piecing. I love paper piecing. And so I got arrogant. And because of that I think I had just as many mess-ups as I did good blocks (sorry to all the trees that sacrificed themselves to my all-thumbs sewing week). Piece #2 is what did it--every single time I just could not get the right size fabric going for it. So I used a huuuuuuuge piece that couldn't miss and then trimmed it. So here it is: 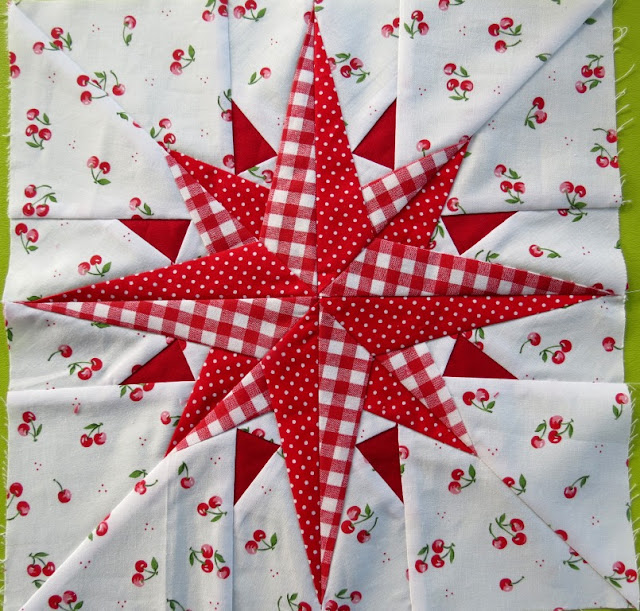 I had the most of these prints left so I went with those (they're my favorites anyway). It took me two nights to make this, and I was right knackered afterwards. I really dig the way this one looks, and I do think that all of the paper-pieced blocks have ended up being my faves. I don't see myself using so much paper and taking so much time to make a full quilt, but I think these more intricate blocks would look great as pillows or wall-hangings. My favorite thing about piecing this way is that all the points show up to the party and none of them get munched-- 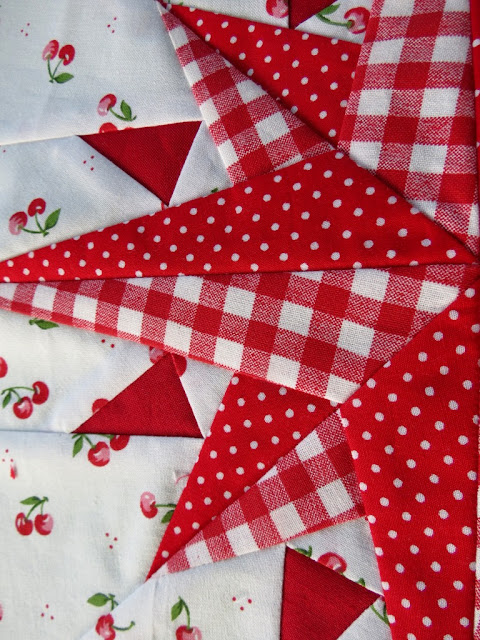 This block is incredibly seam-a-licious. You don't really notice until you remove the little paper pieces and bam! There they all are: 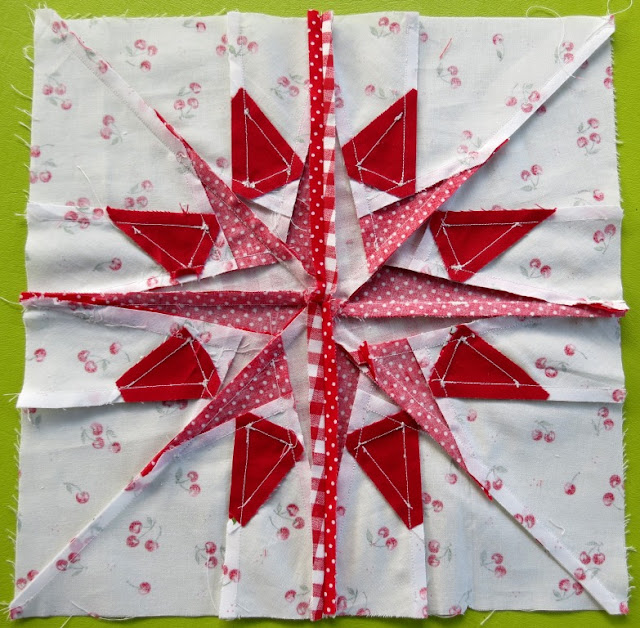 For the final press I thought I was going to have to sit on the iron to flatten it (like you would a suitcase to close it, but probably more painful)-- 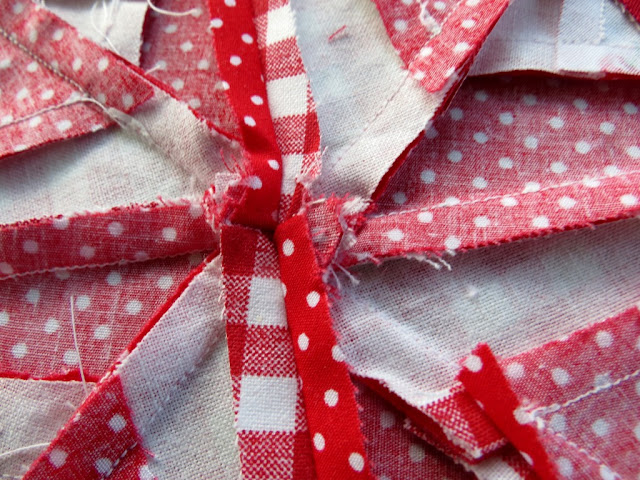 We only have 2 blocks left and then it's done. We've been going at this for over a year now, and I have a nice-sized pile of blocks, some much more worthy of viewing than others. I don't know exactly what I'm going to do with them yet, but I'm honestly looking forward to a break. It felt like homework each week, and when I was less busy it was nice knowing I had a bit of a project to look forward to each week. But I'm a bit busier now and it has seemed more like a chore lately. However--I'm so glad I stuck with it. I learned a lot--what I'm willing to leave behind (needle-turn applique) and what I'd like to do more of (improv piecing, wonky blocks, and paper piecing).