A few long term projects around here came to a conclusion recently. Some were so beyond long-term they were new projects, and others were months in the making/doing.

In my project box for a few months (my now EMPty project box, thank you very much!) was a giant hunk of twill. My mother had seen something here or there on how to cover milk crates, and wanted me to make a few for my sister's house. She's short on storage as it's not a huge house, so she thought these would be helpful in controlling some of the clutter that just seems to grow out of nowhere (unless you're a nun in a strict-possession-control-convent). I finally got around to making these. I used this tutorial. It's totally something I probably could have figured out, but sometimes I get all "Gah!! I need instructions!" and this was one of those times. Especially because I always forget about ease, and she reminds you in the tut to leave room for the fold-over part so I'd have had no excuse if they didn't fit. I made 3, each one with a different colored contrast band top-stitched down for a little visual interest. 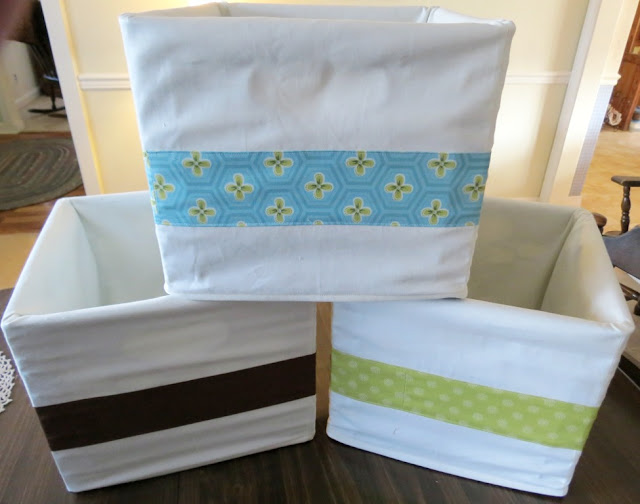 The one with the brown strip is a little bit snug, but I convinced it to get its act together. The other two slipped on with no trouble. I even got the insides nice and neat-- 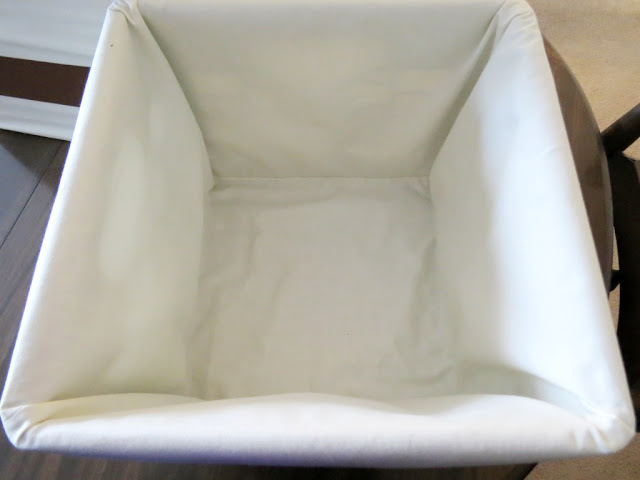 I used an inset bottom, which can be kind of tricky to make look tidy. I have a tote I made with this kind of bottom, and I desperately need a new one (it's several years old and I use it every day so I think a new one is in order). Look for a tut coming your way, probably in September, for this tote and these corners.

My sister Alicia has had a project going on for I don't even know how long now. She's been growing her hair in preparation for donation. They need ten inches. Do you know how long ten inches is? It sounds like nothing, but that's some loooong hair. The other day was the big day--and she's still got a good length of hair on her! 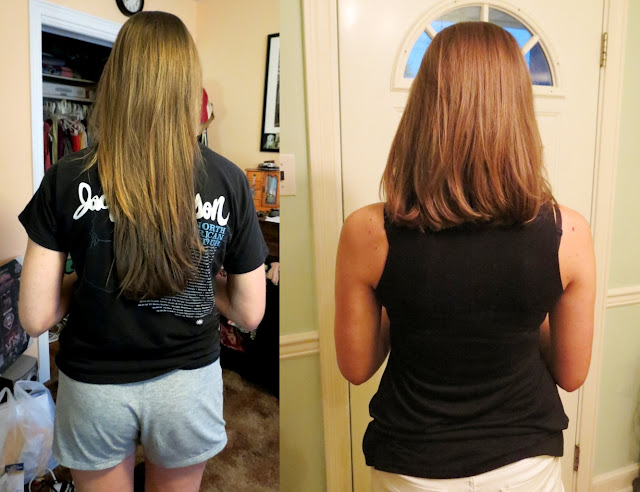 I have no idea why her hair is that color (actually, 2 colors) on the left because on the right is her true hair color. It must be such a tremendous relief to not have all that weight on your head. I know when mine gets too long a ponytail gives me a wicked headache, so I can only imagine what this would feel like. I applaud her for this--I could never get my hair long enough to donate. I'd get frustrated, give up, and write a check instead. 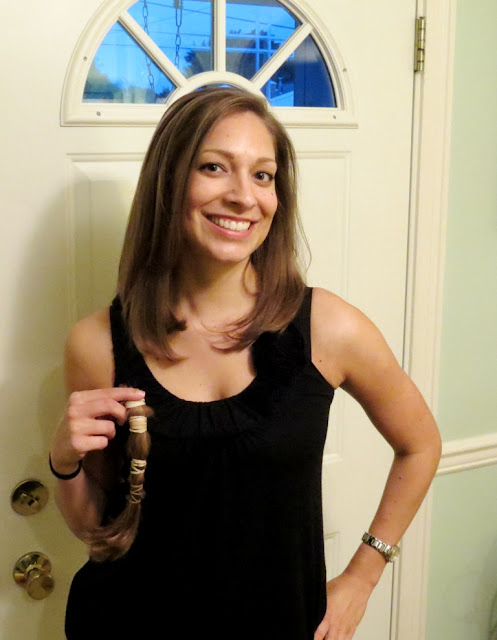 The final project is 30 plus years in the making. First, I must tell you that our basement is a basement. Duh, right? What I mean is it's not finished, there's no play area, the floor is concrete, etc. My dad's workroom and the laundry area is down there, as well as the furnace and a bunch of stuff we're hoarding :)  Tucked in the corner is a half-bathroom. It's never worked, I don't think. Ever. Plus it was really gross. And scary.

A few months ago my dad was all "I'm going to finish the bathroom in the basement."  We were all "Why?" and he was all "Because it's something I've always wanted to do" and we were all "Oh, OK, whatever." So he rewired/repiped/repainted it, and now there's a bathroom in the basement. I won't use it because I know the spider king is probably just waiting for me in there so he can kill me. I'm only half-kidding, you guys. ANYway, of all things my dad wanted a curtain for this room. My grandma had given me some fabric someone had given HER that she didn't want, and these little stunt airplane guys were saying "We don't mind being in the bathroom!" So that's where they are. 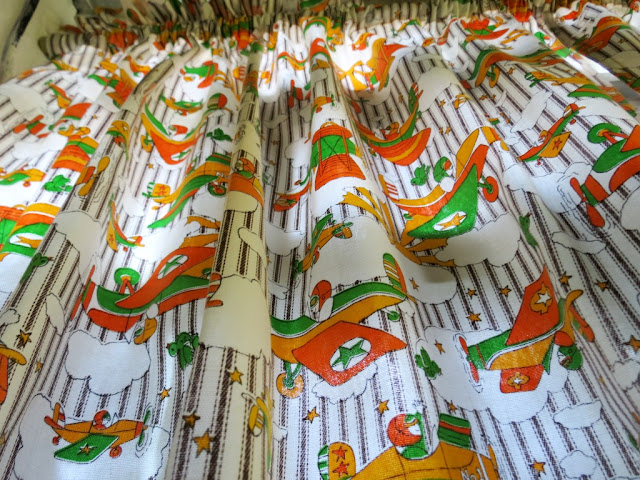 I think these would look fa-hab-u-lous in a little boy's bedroom, all retro and everything. But they're good here too. 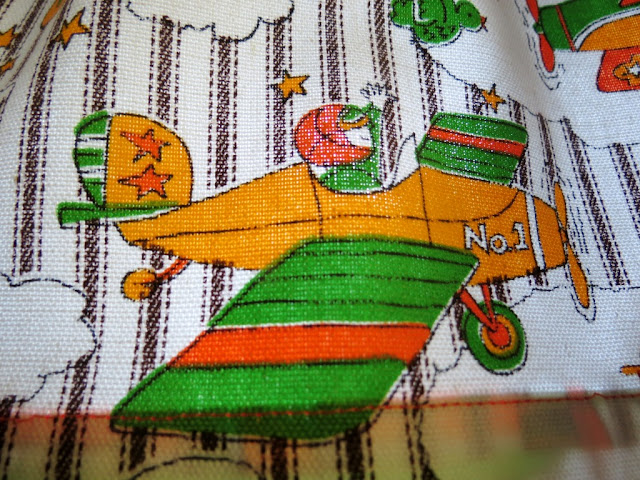 I would just like to note that my dad's part of the project took over thirty years, and mine took about an hour. Just sayin'.... But I guess the length of time it takes yo to do something doesn't really matter, so long as the end you can say "I did it" as opposed to  "I quit it." Unless it's smoking. People should totally quit that :)

So yeah, I worked milk crates, a hair cut, an old bathroom, and a public service announcement into one post. Sometimes I pride myself on my efficiency :)

What's the longest it ever took you to do something? What was it?
From the convoluted brain of Bethany at 11:12 AM