Kinda Wild About This Bag

You know me. I'm for kitschy and cute and whacky and whimsical. I don't go for the typical, usually. So I've been pleasantly surprised to find I really do enjoy working with animal prints. They're not my usual style on the bolt, but once they're stitched into a bag I find myself wanting to keep it for myself and say to my customer "Why I have simply no iDEa what happened to your bag!" I would say this in a southern accent because it seems like it would work best for that sort of sentiment. However, with this one I had no time to dream up a fib--I almost literally no sooner said "Done!" then there was a knock at my door for pick-up.


You've seen this bag many many times, but I always show you what I make because different fabrics can make two of the same seem oh so very different. I also did a few things a bit differently--in case I ever need to remember what I did "that time" it's nice to have a reference. 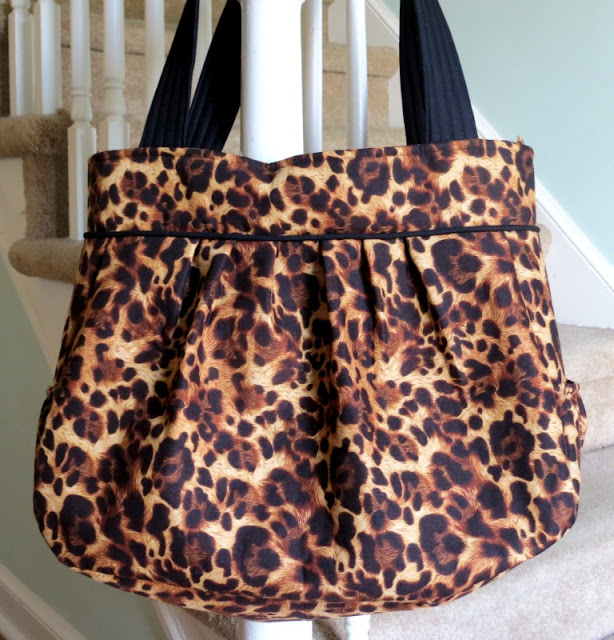 First, I made this one bigger than usual. It's hard to tell, but it's about four inches taller than the usual version of this bag I make. I was contemplating going taller, but then I think you'd need to physically climb into the bag to get anything out of it that had gone to the bottom. It took me a bit of deep thought :) to pick just the right fabric. There are a gazillion leopard prints, all in different scales and colors. I wanted to make sure I had a larger scale because this is a pretty big bag.

Instead of being a bit plain like another print I've used recently (but just realized I haven't shown you yet) this is a bit busier, with a faux fur look to it as opposed to splotchy dots on a tan background: 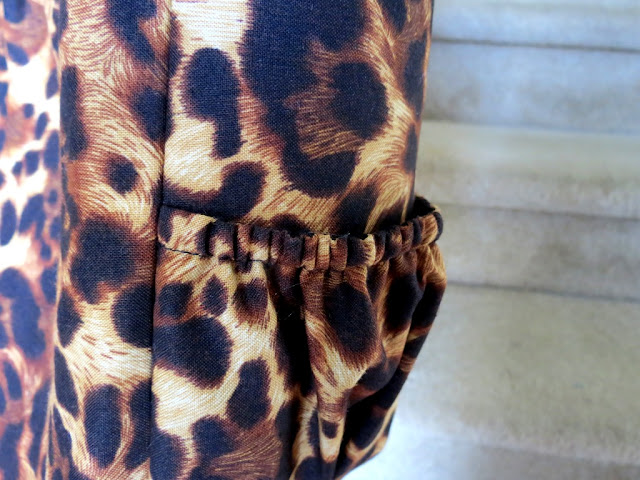 For the handles I had been doing a bit of edge-stitching. In later versions I added another row of stitching. For this one I did five rows. It makes it a little bit stiffer, but as the straps are the most-touched part of the bag they'll loosen up a bit (but they won't be wearing out, that's for sure!). I like the neat quilted look the extra rows produce. 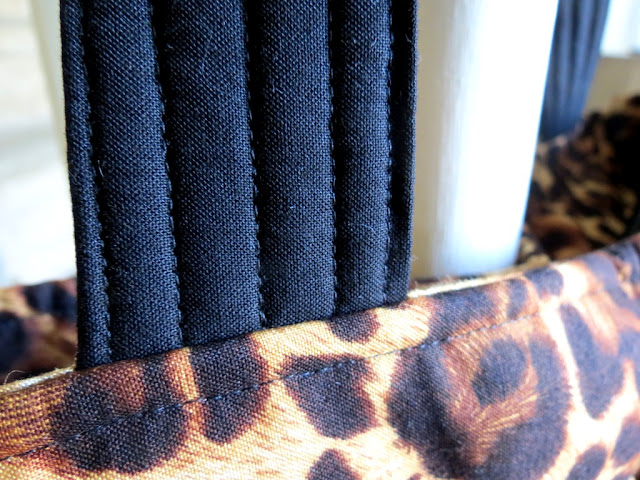 Every time I have made this bag I've done my interfacing the same way. I've ironed the interfacing to the bottom part of the bag, then sewn in the pleats. Then I've used sew-in fleece cut to fit the part I just sewed. The pleats come out very crisp, and there isn't much bulk. However--it took a lot of pins and fiddling to make sure everything didn't shift. So this time I fused the interfacing, THEN I fused fleece to it. I let it cool for a long time to make sure the glue was set really well. And then I did the pleats. There was a bit of bulk once I added the piping and the top band, but nothing my machine couldn't handle, and nothing that impacted that particular seam in any way. I really love the impact it had on the body of the bag, though-- 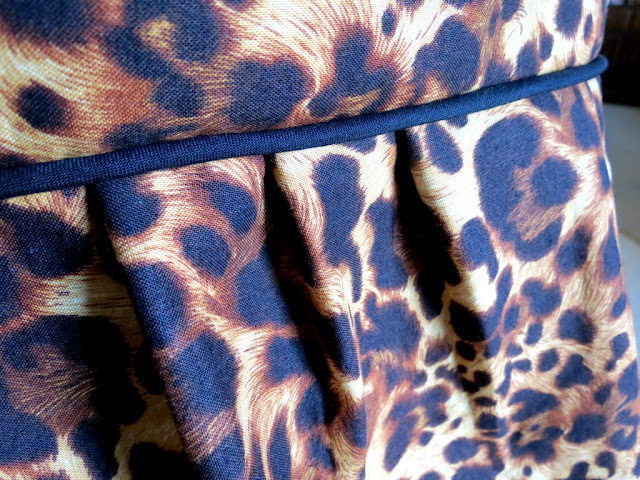 The pleats are nice and soft, and not pressed flat where you don't really notice them. It makes the bag feel soooo much sturdier, too. For most of the other bags I make, using sew-in or fusible wouldn't matter as they're not pleated--it won't make a difference when it's essentially "flat" sewing. But I wish you could feel an earlier version as compared to this one--it is certainly a noticeable difference, and so much nicer. The prospect of all that bulk where the pleats are had previously made me skittish, but not anymore. In the interest of full disclosure I should probably say the only reason I tried it this was that I was out of sew-in and really didn't feel like going shopping for more.

For the lining, there's a fun pop of red (tomato red, to be exact) and some leopard accents to spice things up-- 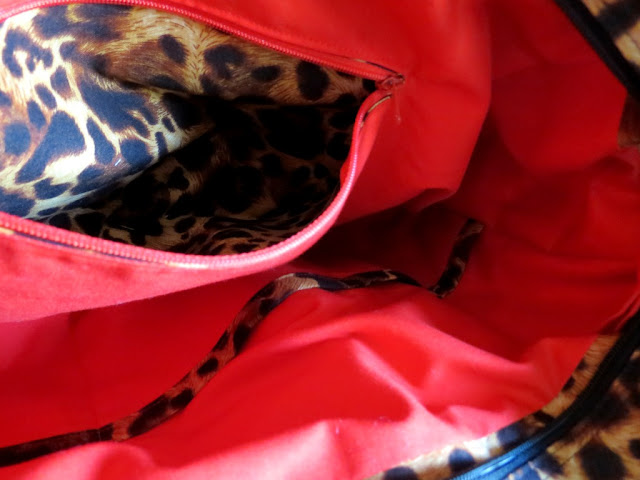 One thing I'm going to try in the future is how I do the tops of the inside slip pockets. They tend to feel a bit loose/floppy, so the next time I'm going to feed some elastic along the top--not enough to make it pucker, but enough to give it a little bit of tightness. 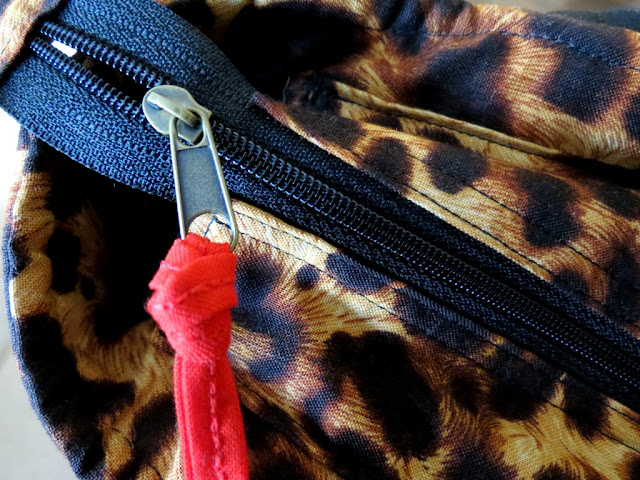 I was quite giddy with myself when I discovered I had actually written down the zipper casing measurements. It usually takes me a bit of time holding it this way and that way and figuring out what would be just the right size. Or I text my friend Lisa (who has a couple of these) and say "I need you to get a ruler and give me exact measurements for the following..." Both ways are annoying. When I saw my red ink note I clapped my hands a little, I'll admit.

So that's that. I'm off to soak up some more Olympic fun. I'm wondering what I'll be watching next week :(
From the convoluted brain of Bethany at 9:18 PM