After rereading this series for the umpteenth time, I was still on a kick to reread my favorite book series. Next up in the rotation (because there still wasn't anything new that looked interesting to me) was the James Herriot series of books. Ever heard of him? He was an English country veterinarian back in the WWII years, spending his days in a small town in Yorkshire. I received my first two volumes in the series when I graduated from fifth grade. My uncle gave them to me, and years later I realized that they were indeed a very Uncle Andrew sort of gift. Being ten years old, and clinging to my fleeting childhood, there were some topics in the book that were a bit over my head (for example--what the hell was a uterus, y'know?), so I put them aside for a few years. And when I picked them up again I was absolutely smitten. I got a part-time job in a veterinarian's office because I was hell-bent on being a vet. Until I saw him have to do some quite gross things...then it was "I don't think this job is working out for me anymore." These books are why I had to cram so hard for an algebra mid-term--I hid them behind my textbook in class and just read the period away. 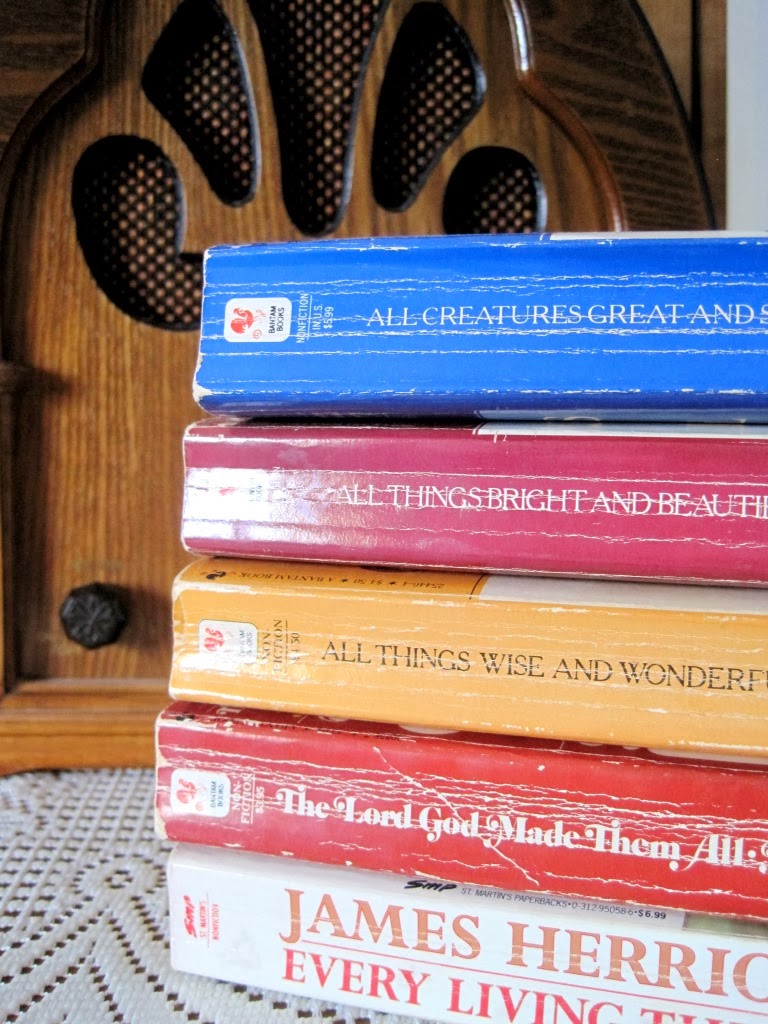 These books were published in smaller volumes when they debuted in the UK, but American publishers combined them as "Americans like big books." The four titles in the main series are: All Creatures Great and Small, All Things Bright and Beautiful, All Things Wise and Wonderful, and The Lord God Made Them All. After several years, a final volume, Every Living Thing, was added. All are available on Amazon, and on eBay, and probably at the bricks and mortars, but I'm not sure. These are some of my most treasured books, in their crinkly-spined, dog-eared, marvelousness.

James Herriot (real name was Alf Wight) was a masterful storyteller. It's a difficult task to set a scene so that not only do you feel you are there, you feel like you want to be there. His descriptive text, especially of the characters he describes in the books (and I don't mean literary characters, but people characters...as in "Who Bob? Oh, ho! That guy's a real character!") will have you quaking with laughter. And his beautifully moving words describing the bonds between people and animals, whether a lap dog or an old milk cow, will literally move you to tears.

Everyone considers different books to be good or bad for whatever reasons--I don't know that there is a universal loved it or hated it consensus for any one book. But a standard I hold books to in determining their "goodness" is simple. Do I want to know these people? Do I want to live there? Do I want to roll around on a dirty floor with my hand in a cow, helping her to bring a calf into the world? Yes, because the author's words are just that powerful in evoking emotion. I want to know the people in these books, I want to drive around the English countryside after TB testing, and stop in for a pint at the pub. Sadly, the way of life Herriot describes in these books is long gone. It was on its way out as the books were being written, and are most definitely now nestled in memory. Perhaps that's why I love them so. I have an overactive sense of nostalgia, and anything that describes the days of long ago is right up my alley. 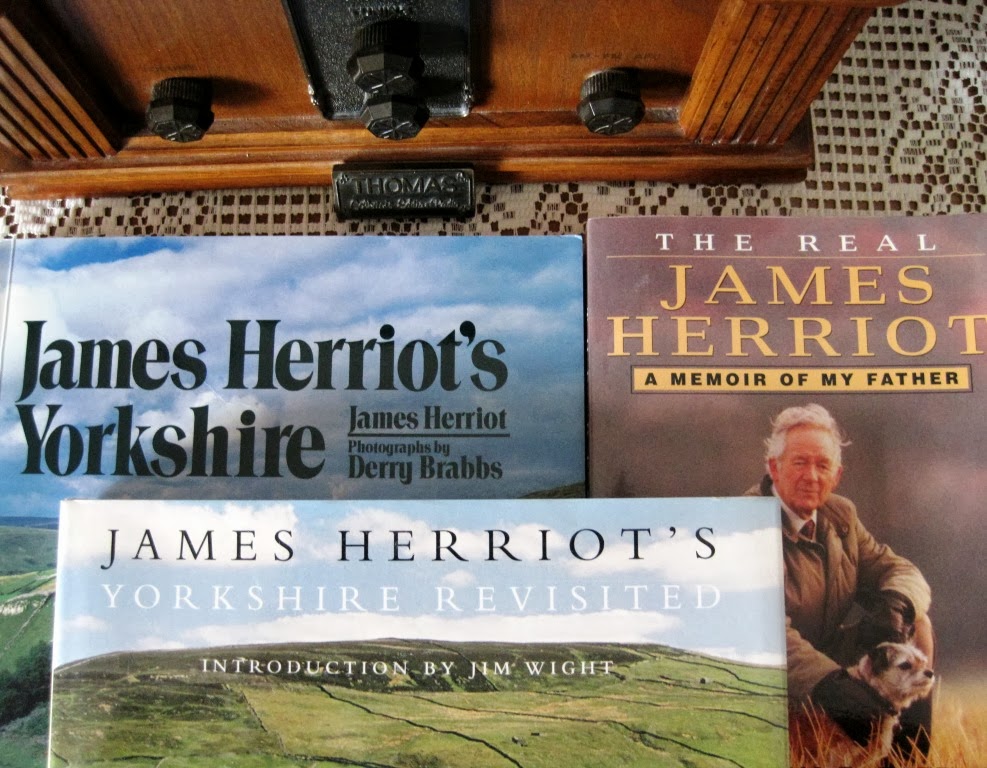 The fascination with James Herriot's world led to several non-fiction volumes being published. James Herriot's Yorkshire is a volume of photos of the villages, dales, moors and fells that Herriot traveled day in and day out, accompanied by text that describes each area and his love for it. James Herriot's Yorkshire Revisited is a whole new series of photographs, but the accompanying text is pulled straight from the novels, further bringing those tales to life. There are very few biographies of him (as in two, I believe) and reviews maintain that the better one is the one written by his son (which is the one I have). Some of you may remember that there were films and a TV series based on the books, but they were before my time and I just cannot seem to find them to watch now. Sad face.

I hope you don't mind me sharing my favorite books with you. I know, I should be sewing or something like that, haha, but I love when others share little peeks like this into their lives away from the sewing machine, so I thought I'd follow suit. Now as the ice is pinging off the windows I must trot to bed so I'm rested for whatever kind of car-clearing I have to do in the morning. And yet...I'm still not tired of winter :)
From the convoluted brain of Bethany at 11:35 PM