Fussy Cutting and a Giveaway

Hi, kids! Since my previous EPP project went together quickly but was less than satisfactory to me, I decided I needed another one. This one is going together much more swimmingly. It's all hexies, so it's going together quite fast while my rear is plopped on the couch watching Ballykissangel (which reminds me of Northern Exposure except, y'know...Irish), and catching up on the most recent season of Downton Abbey. I don't know if any of you follow along with the sewing adventures of Flossie Teacakes, but she has been working on a massive EPP project that made my jaw hit the floor a few times as she posted progress shots on Instagram. I acknowledge that I do not yet have that practiced eye for selecting fabrics for paper piecing that will result in a kaleidoscopic effect, but one has to start somewhere, so I picked up a few things at Joann's to practice fussy cutting.

This is currently what's making up my EPP kit: 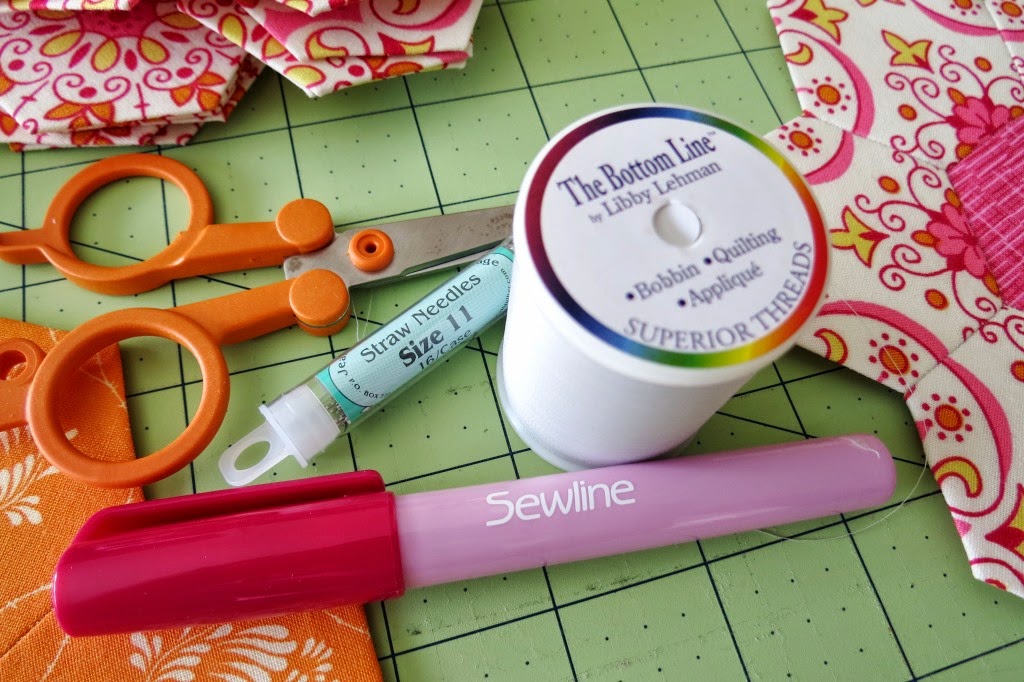 Cute little folding scissors that were too cute to pass up (because I have a scissors fetish as well as a ruler fetish), straw/milliner's needles which are crazy thin and a little bit flexible but poke through fabric like a hot knife through butter, super amazing nearly invisible thread that is also super strong, and Sewline by Moda fabric glue (I'd like to tell you it's the same as ordinary fabric glue but it really is much nicer for this kind of project).

I picked up a few fat quarters at Joann's, as well as about a half yard of this fabric. 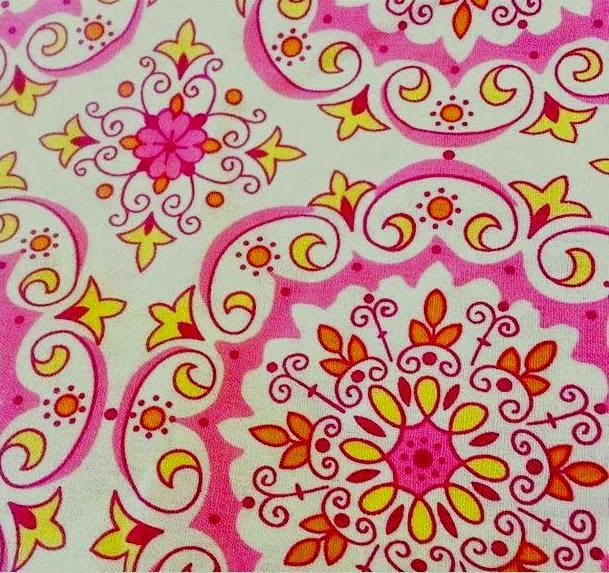 I'd love to know why this fabric looks dirty in the photo--I assure you it is not :)

Armed with my paper pieces, I drew up a template so I could fussy-cut a la this tutorial. 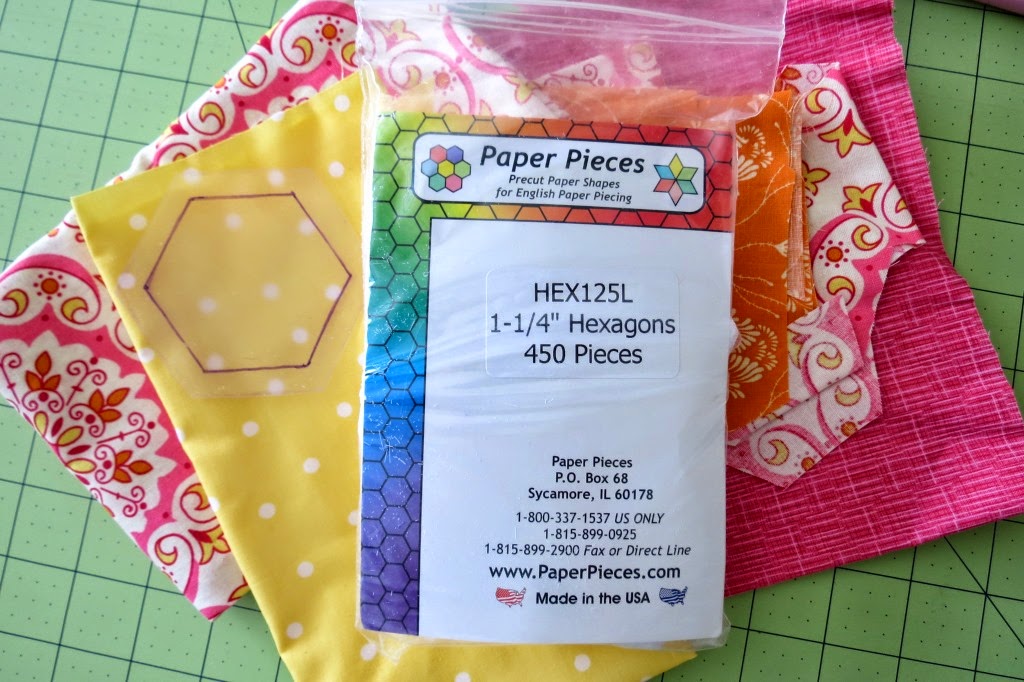 My original plan was to have essentially one giant hexie flower, but when I went to lay things out I realized they weren't going to line up just the way I wanted, so I went with a new plan (which I'm getting very good at). I've got a central 'hub' in one color, and then six fussy-cut 'flowers' that will surround it. 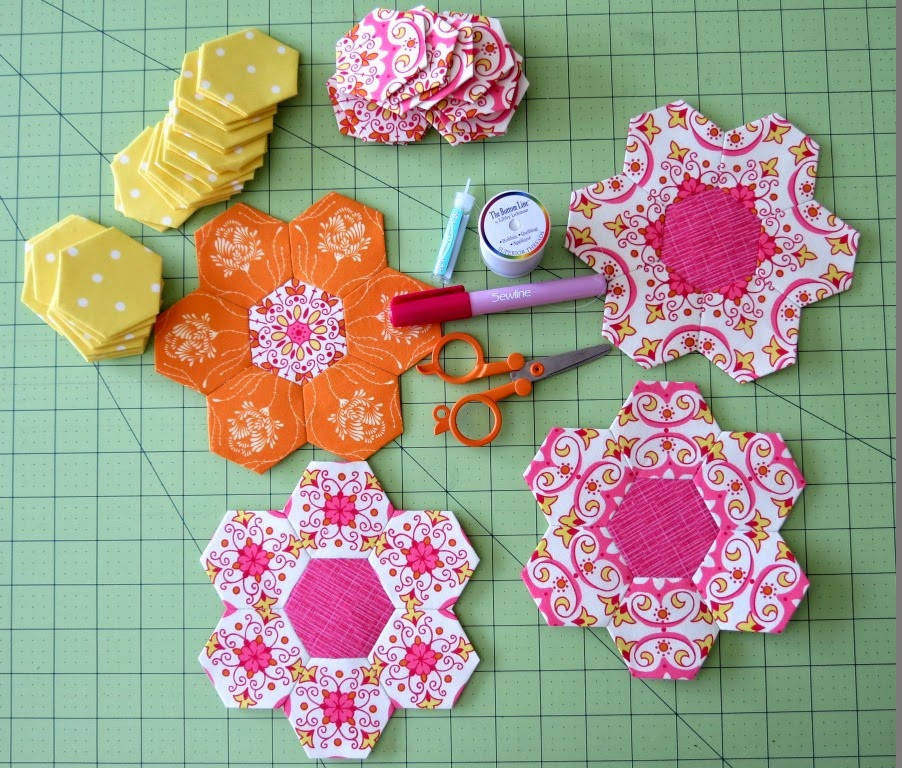 The fabric is a little more doodley than it looks, which I noticed once I started trying to match up my template on the same sections across the fabric. Some of the sections are not exactly the same, which I didn't pick up on right away and so tried to force things a little bit. As such, the matching is a little less precise than I'd like, but only close-up and if you're really looking for it. I'm considering this a practice piece anyway, and the point of practicing is working out the mistakes and the hiccups for when it's time to get serious (if one can consider gluing fabric to paper and sewing it together 'serious'). 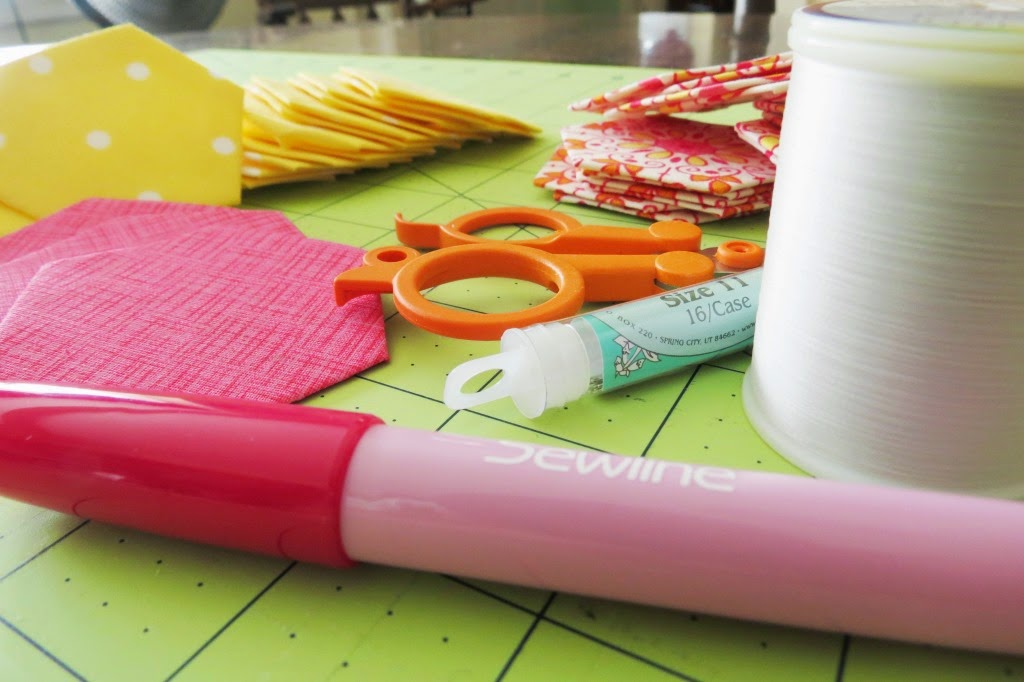 So what say we do a little bit of a giveaway? I've got a large pack of hexagons, and the template that goes with them, as well as one fun little miniature sewing kit to give to one of you. 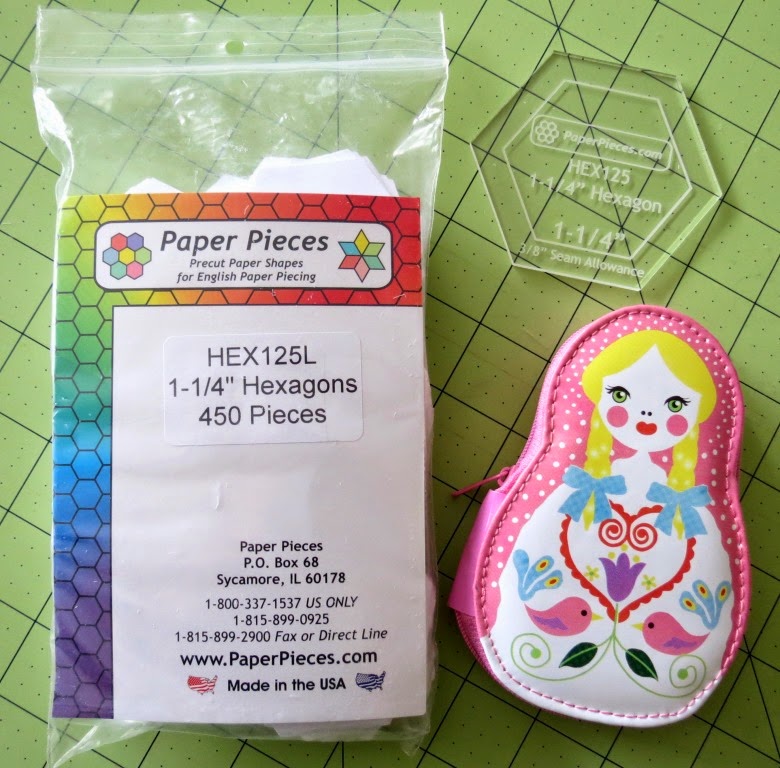 I love the template as it's got the outline ready-made for fussy cutting and a generous seam allowance. The little sewing kit is actually a nice little kit inside-- 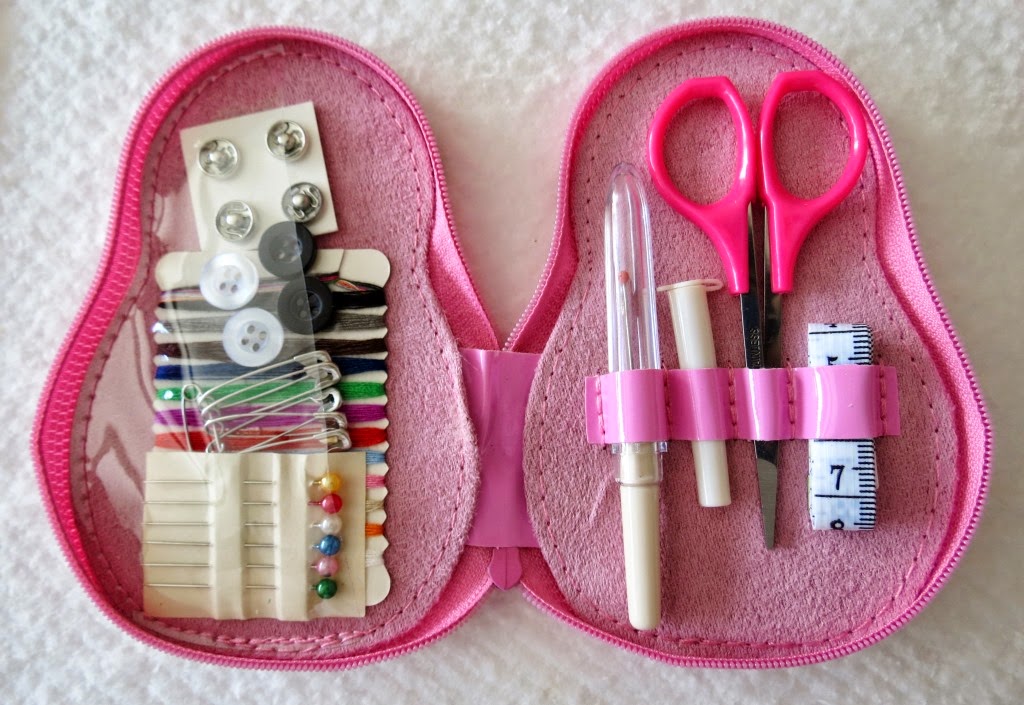 Everything you need for a quick repair is in there (the needles are in that cute little case near the seam ripper) and those scissors are quality for something so teeny. I don't even need to point out how cute the outside is, do I? I will, but I don't need to, harharhar. If you're interested I've got some in my shop you can score for yourself (or for others--who doesn't need something like this for torn hems and popped buttons?). 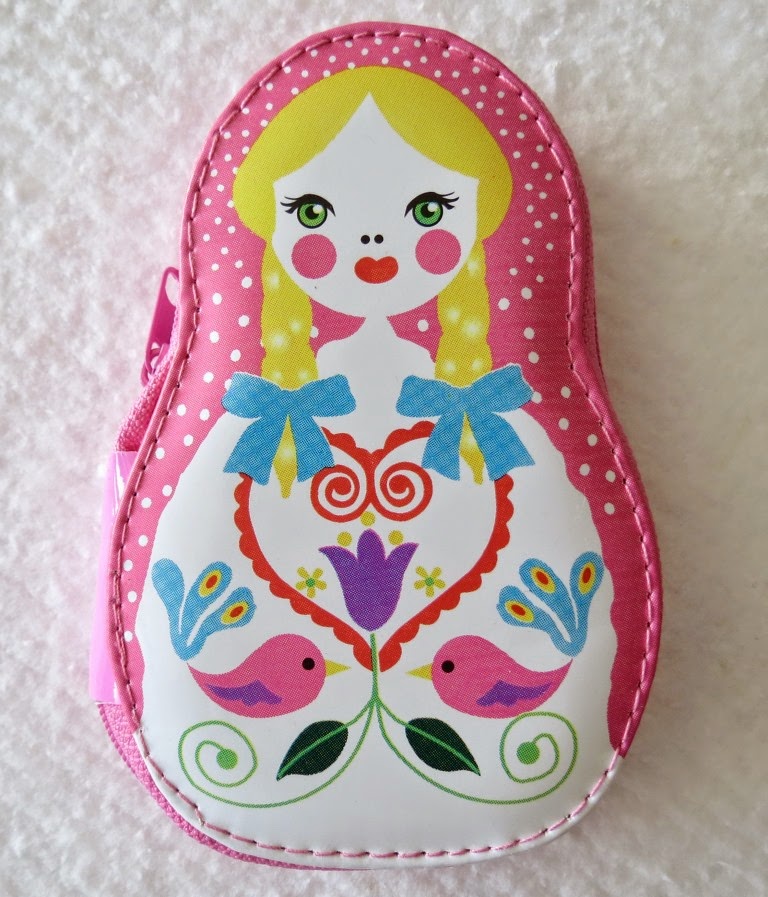 To enter the drawing for the hexie papers, the template, and the sewing kit, simply leave a comment on this post telling me the most recent thing you've made. You've got until next Friday, July 11, at 11:59 EDT to enter. I'll pick a winner the next day-ish. I'll ship anywhere, so everyone is free to enter. Good luck!
From the convoluted brain of Bethany at 5:27 PM

New comments are not allowed.