Things I Drew on Black Paper

I know I say it quite a bit that I'm a twelve year old girl at heart, but I feel my love and affection for gel pens and black paper makes that super true (as does over-use of the word super). Actually, I've always loved stationery in a very weird sort of way. Like...I'm a legit grown-up and I love that I get to order the stationery at work so I can buy sticky-notes in fun colors. And if someone has a nifty looking pen I look at it lustily and ask if I can write my name with it to see if I want to steal it. Ahem...anyway...I found this pack of black card stock on clearance, and it wanted to live with me, and I have a lot of gel pens, and I've been making them play together.

First up is a mandala I drew. I follow a few artsy Instagram accounts, and the mandalas they show are just so good, and symmetrical, and impossible looking. Mine is ok, and not entirely even, and definitely possible. But I still like it anyway. 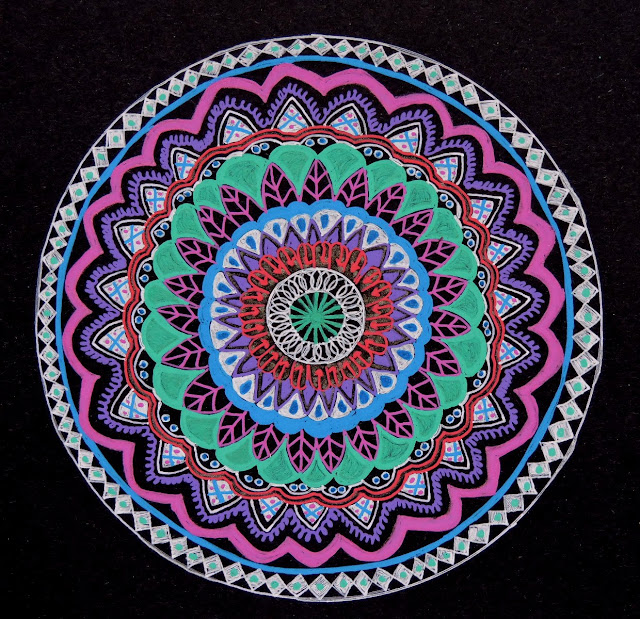 I started off by drawing two circles: one is in the center so I'd have a true circle to work outwards from, the other is the final outer circle that I planned on using as a checkpoint to make sure that things were even before continuing, but decided to stop. It's not the easiest thing to come up with different little doodly bits for each round, but it's a fabulous brain stretching exercise. 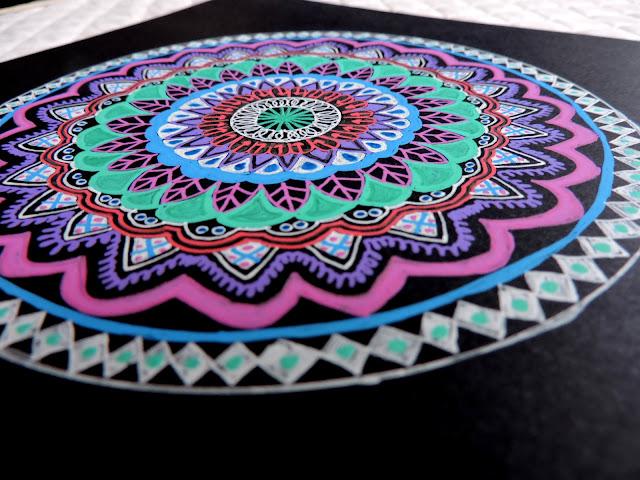 I used these gel pens (and a white one) for the main part, and I used some of these to try to add some sparkle that you cannot see at all in the photo (except for a little bit of it on the green bits). The pens have a bit of a paint texture to them, so it's not as smooth as a regular marker might be, but it's worth it for the contrast with the black paper. 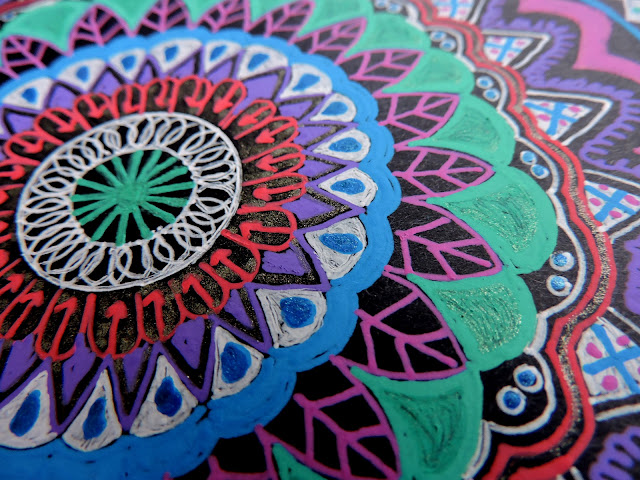 Next I played around with some neon gel pens in a starburst pattern. Starburst? Fireworks? One of those. 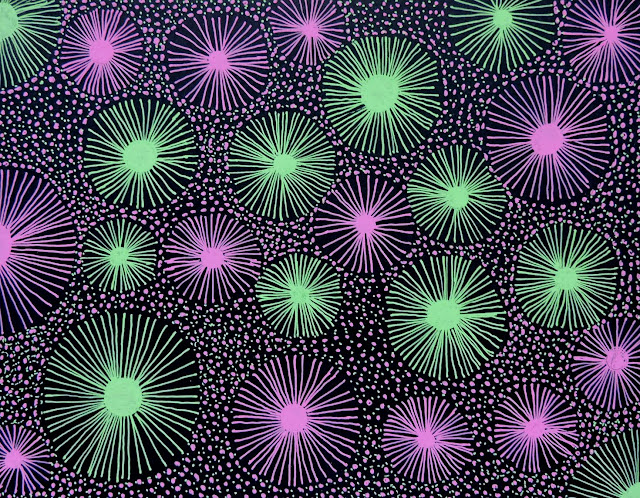 This one is a bit dizzying to the eye, but is probably the easiest thing ever. Other than all those filler dots. Oy. 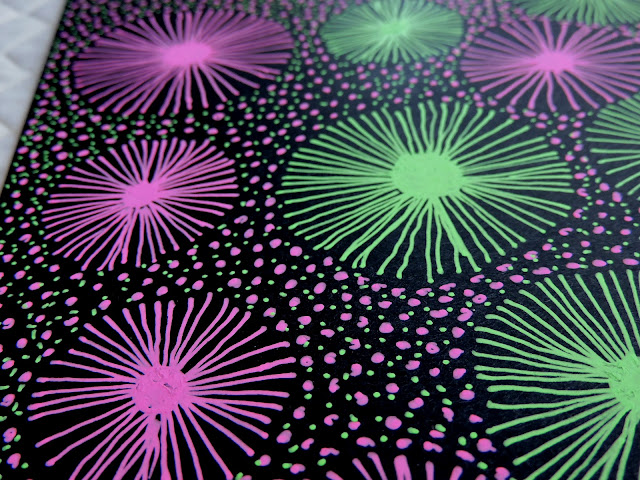 And last is a drawing done as part of a Creativebug class, with the inspiration being a Japanese wave pattern. The demo included a white moon 'shining' over a paper of waves, but I left that part out (didn't have the paint) and just did waves. 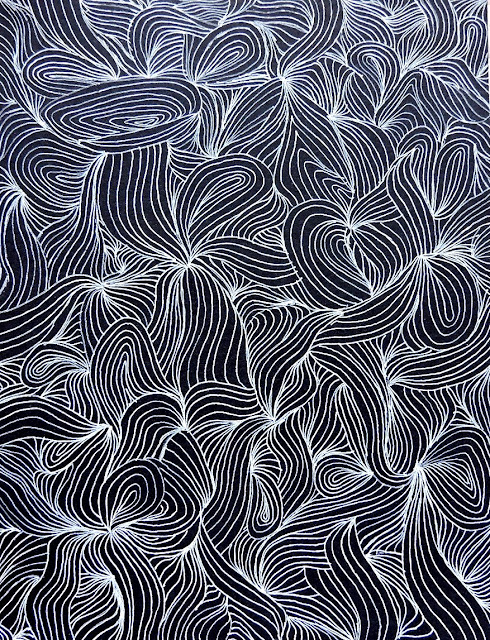 This felt quite weird at first, in that "OK, now where do I go? And what do I do when I get there?" sense, but once you get going you can feel your brain relax a little bit more. It definitely creates a very cool pattern, and the white on black is just so nifty looking. 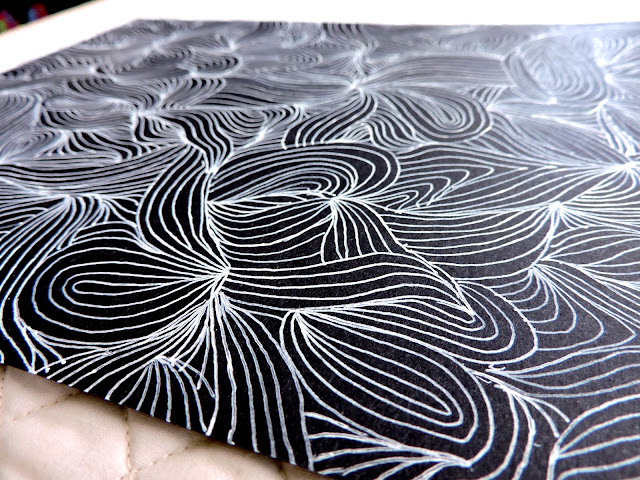 I'll tell you this--practicing the piano was nowhere near as fun as practice doodling.
From the convoluted brain of Bethany at 11:23 PM