What Little Kids Do

When you ask A-train why he does something, he'll often respond with "That's what little kids do." For example: "Why are your shoes on the wrong feet? Why did you wipe ice cream all over your shirt? How did you get mud in your hair?" Because that's what little kids do. Obviously. I love spending time with him at this age (almost four) because he's curious, and interested in everything. I like following him around outside, and just having a slow sort of time as he points out things he sees at his little eye level. 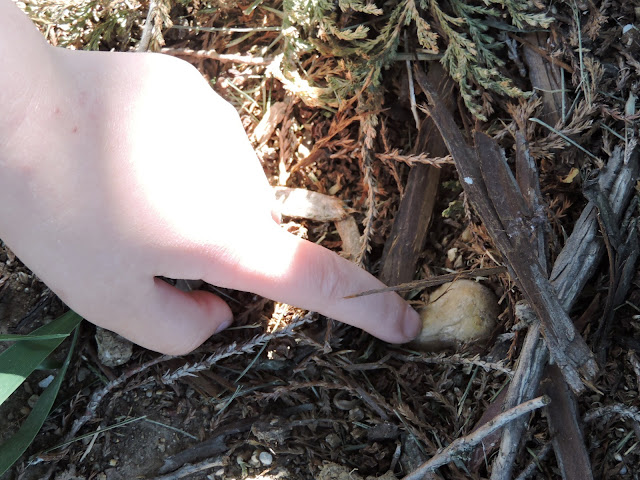 "Aunt Bee, oh my goodness, take a picture of this little rock that was buried! I'll point at it so you can see it." 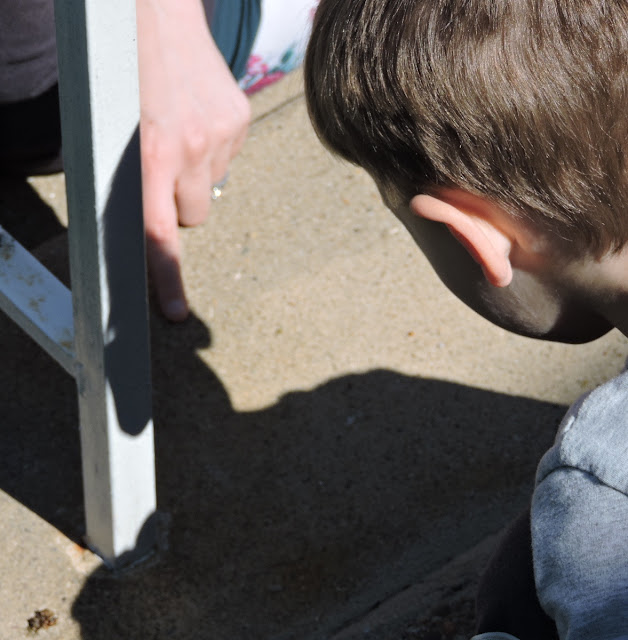 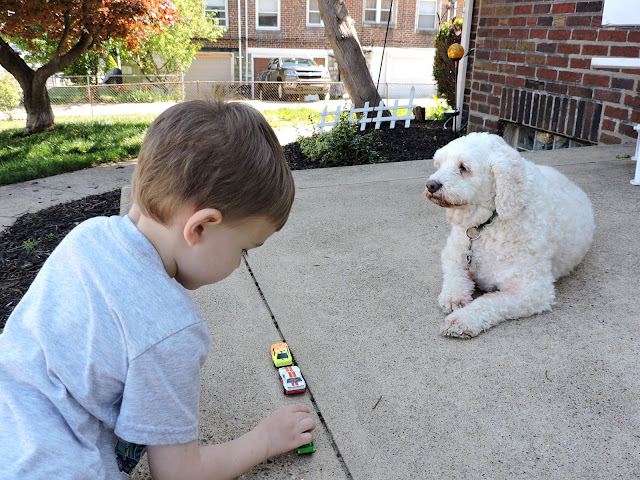 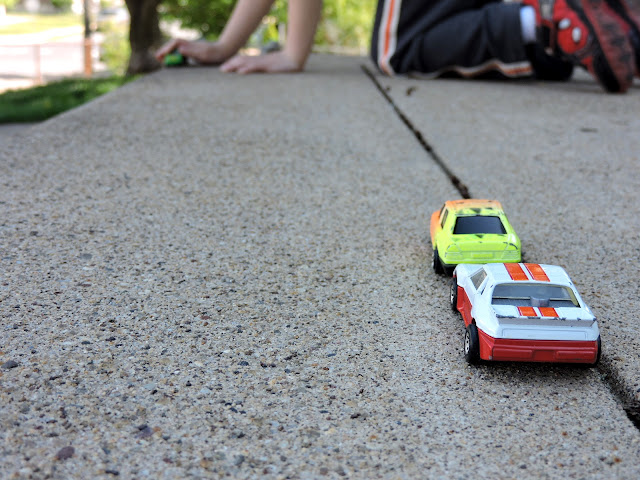 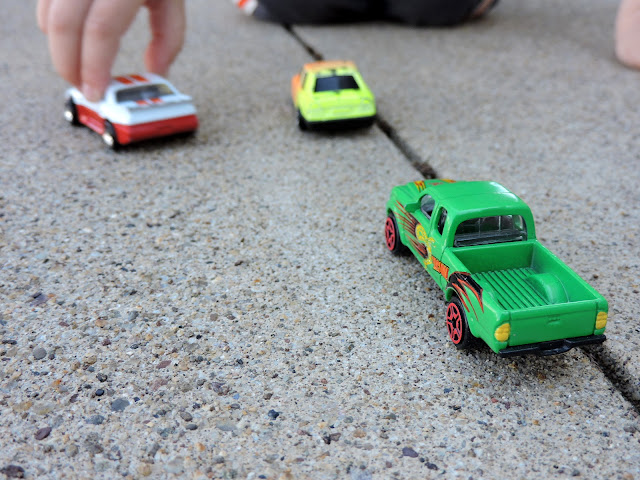 "Do you want to watch me drive my cars? It's fun!" Sure, bud. I'll sit here and watch you play. 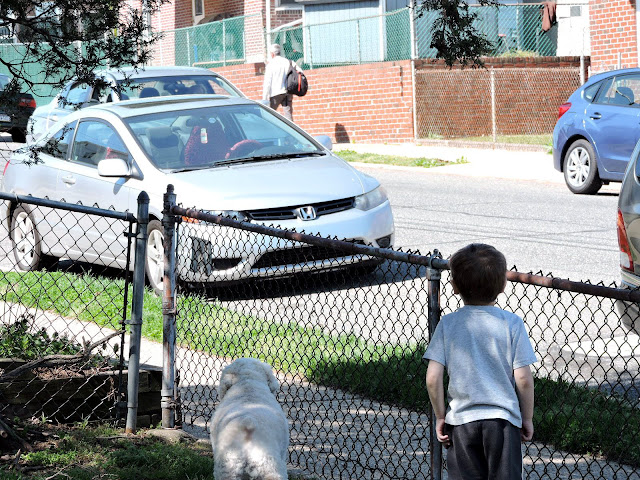 See the guy across the street? These two are barking at him. 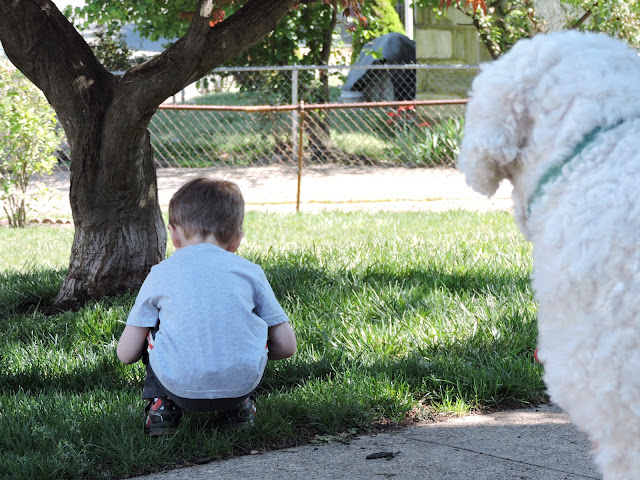 Normally Charlie wants less than nothing to do with Aiden. Unless he has snacks. 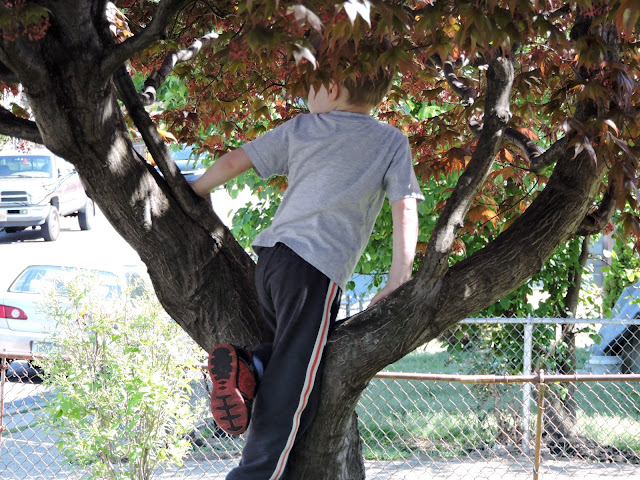 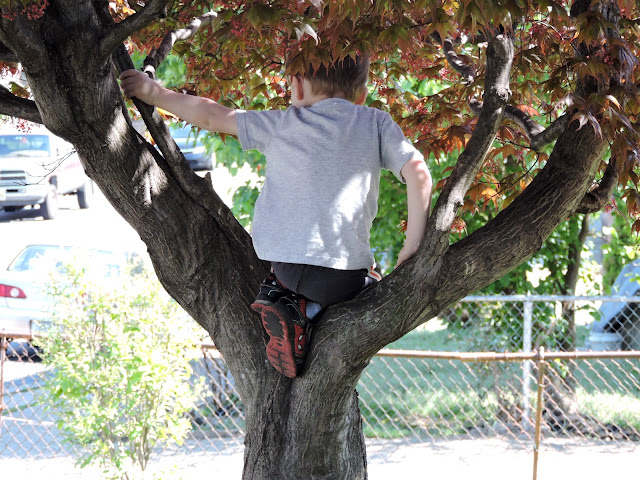 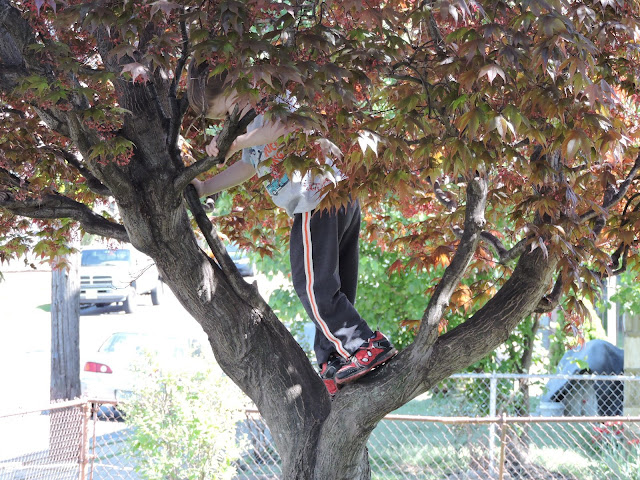 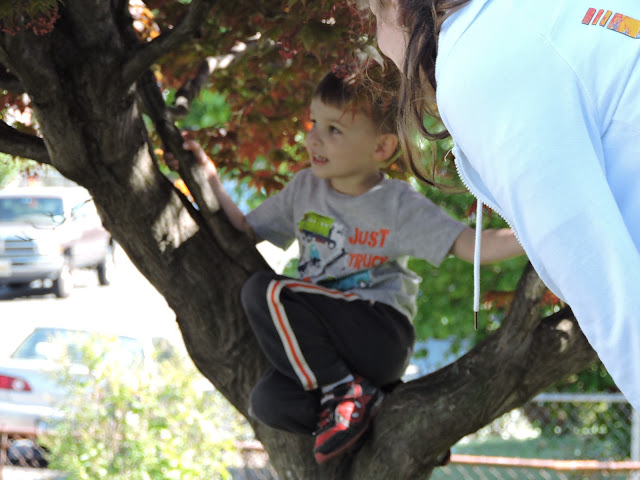 This tree is a dwarf Japanese maple. It has the perfect crook for sitting in, but only if you're wee. When I was younger I wished so hard that we could have trees with good sitting-and-reading branches, but ours were always too high and not strong enough yet (my grandpa planted them when I was a kid). 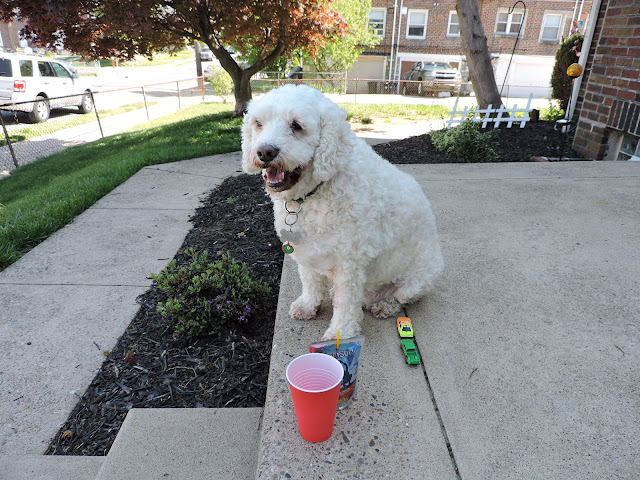 This one cracks me up because it's like Charlie is sitting there keeping his eye on the snacks and toys. I think I took this when A-train was looking at a bug, and Charlie was watching him.

Do you ever spend that kind of time with a kid, where you just toddle along with them, and don't think about the usual things, or look at your phone every few minutes, or any of that nonsense? It's actually very soothing to take a step back and be a part of their little world. It's what grown-ups never do.
From the convoluted brain of Bethany at 9:41 PM