You've probably noticed I haven't been sewing much lately. I don't have an aversion to it, as once I'm going I'm wondering why I've slowed down with it as I love every last tactile bit of it. It's just one of those weird things, or a lack of inspiration, or a case of "how many more of those do I need?"

But anyway, my mom's little wristlet I had made her a couple years ago was looking a little worse for wear, so I made her a new one. She dug through my wee stash, made her choices, and I spent the afternoon sewing and not touching my seam ripper even once. I made a cutting miscalculation (which should surprise no one) so it ended up a touch smaller than I would have liked, but not by much. 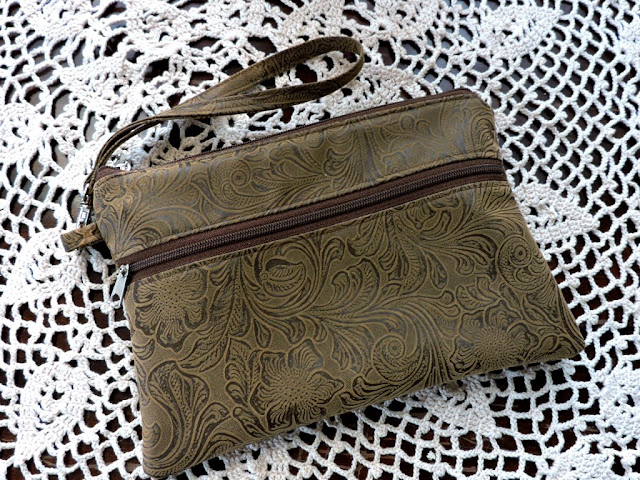 I have had that fabric for such a long time. It's kind of like a faux leather, but soft like fabric and backed with a thin woven layer. It feels soft and supple and doesn't smell like plastic. When I started to sew about ten years ago I used to buy all of my fabric at Walmart because Joann's was such a hike. This was a remnant they had. I used a chunk of it to make a purse for my (now) sister-in-law Ashley, and a bit for this (I have a small amount left still). I would definitely use this for a handbag (if I could find it again)--it has a really nice feel to it. 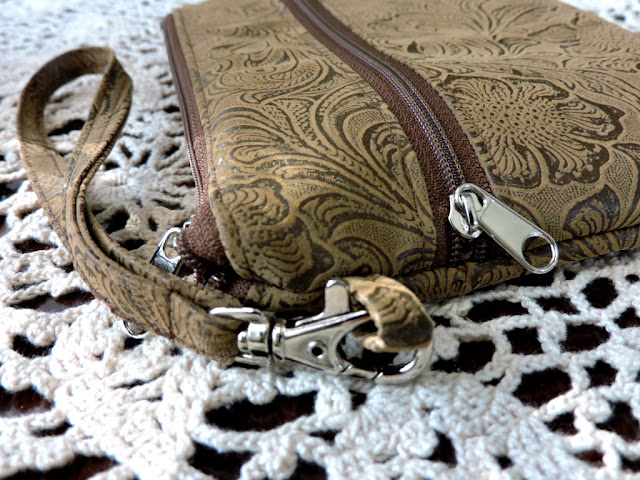 I had a really long zipper, so I cut it in half and attached two silver pulls. It ended up being just the right length. I had sold off all of my hardware stock (I thought I had saved some but I guess not) but I managed to find a silver clip (my natural instinct would have been bronze). I'm glad I only had silver--I really like the way it looks. I think it gives it a western vibe--saddles and leather and bolo ties and whatnot. 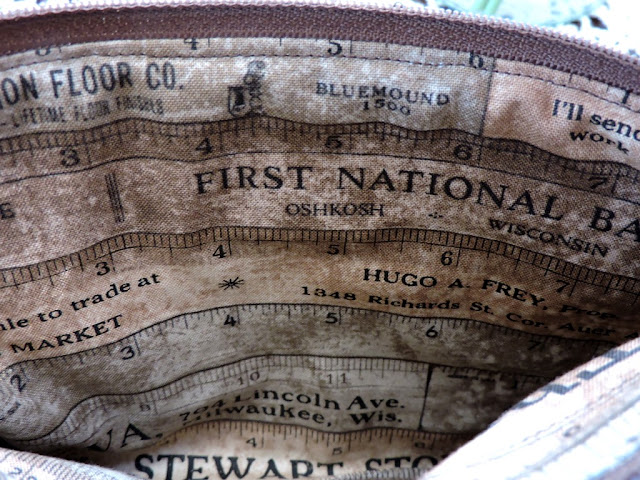 I used the ruler fabric as the lining on this purse, too. I remember being little and at my grandma's house, and she had rulers and yard sticks with business names on them. I thought that was such a nifty idea. I don't recall seeing those things at home, and as she lived in a tiny western Pennsylvania town I must have thought it was something only small businesses in small towns did. You definitely don't see anything like this anymore. Except as fabric, obviously. 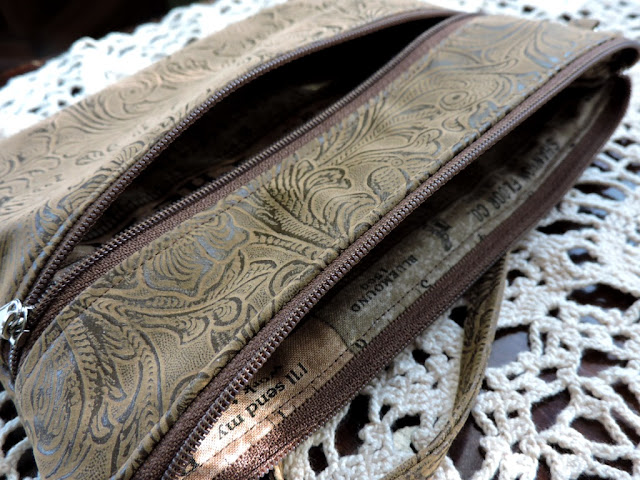 My mom is pleased as punch with her new purse, and I'm pleased with how it turned out. If you'd like to make one I've got a tutorial for it here. It only took maybe two hours to put together, so it's a nice afternoon project.
From the convoluted brain of Bethany at 7:27 PM