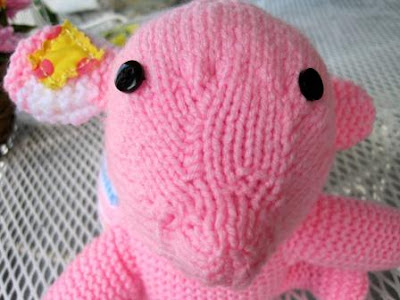 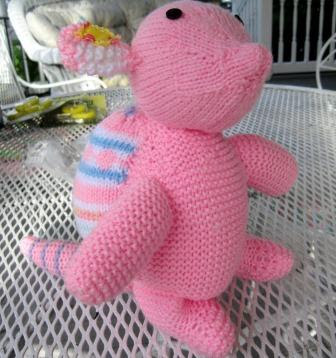 "Did you ever see a pink armadillo before?" 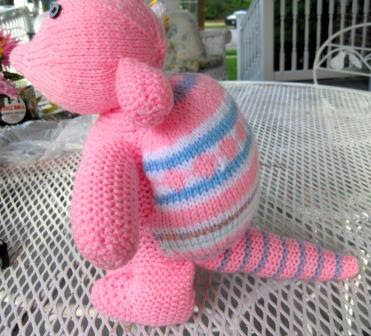 "What do you think of my fancy tail and my pretty shell? None of the other armadillos have a shell that looks like a sweater! Want to see it closer?" 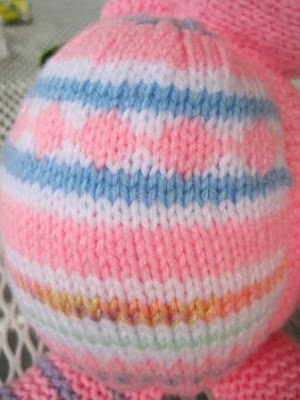 "Nope, you're not going to see an armadillo like me in Texas, that's for sure!" 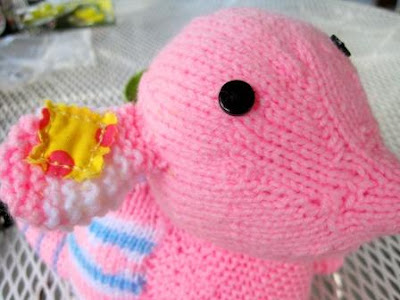 "I even LOVE my ear patch. It matches!" 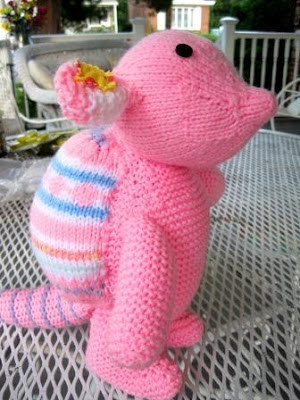 "Well, it was really nice meeting you. I have to go be loved now." 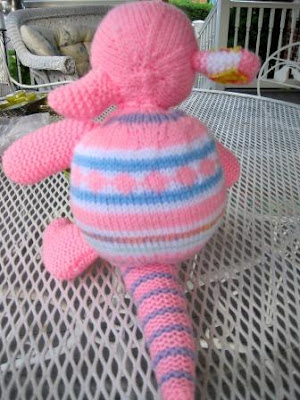 A few months ago, my cousin and her granddaughter asked if I could pretty please knit a Milo since I'm "the best knitter" - that's an actual quote, but it's not an actual fact. What's a Milo, you may ask? I didn't know either. He's the main fella in this book:

In a nutshell, a little girl named Tallulah wants a knitted pink bunny, but none are to be had. Her Grandma knits her one, but things get out of hand and the pink bunny is actually an armadillo. Tallulah isn't really thrilled with him, and doesn't give him much love. Milo's feelings are hurt, and he runs away. When Tallulah realizes he's gone, she gets very upset and realizes just how much she loves him. It's really a very sweet story. Of course I said I'd do it; I figured if anything I could just try to knit a rabbit because it would probably look like an armadillo anyway, hahahahaha. Luckily, my mumsy went digging and discovered that there was a companion pattern. Boo-ya! I know...I can't really pull off the boo-ya....

Anyway, it took me a while to get started with this project - it's been so hot and I just couldn't imagine working with yarn until it was cooler. A few weeks ago I realized I'd better get moving. After a few trials with different needles and trying to remember how a few things are done, I was off and on my way. I was quite pleased with my color work on the back, as with my knitting I tend to do one-color things, and one skein if I can swing it (I HATE finishing off the ends). Sewing it together wasn't much fun, but everything is nice and snug and secure. There are a few slight differences, but overall, it's a Milo, down to the wonky ears (it pained me to sew them on crooked, but the pattern said so, as Milo's ears are wonky--I couldn't give in to the OCD and deliver a less-than-Milo armadillo).

He was delivered yesterday morning. I can't even describe to you the phone call I received. Such gratitude, such happiness. I guess that's what it sounds like when the one thing you want most in the world appears before you. I wish you all such a level of joy in your Monday!

I'm linking up here this week: