I don't like not popping in to say hi, even when I don't have much craftiness to share. So...hi! I was working on a cute little Halloween project this week, but now I'm not. It has been redirected to landfill at the nephew's suggestion. I was trying to crochet these cute little ghosts I had seen that held up crocheted letters that said Boo! I tried 4 different ghost patterns (because the one in the pattern was less than satisfactory) and none of them looked good. According to the nephew, they looked like snowmen, weird fruit, nothing real, and white poop. Not ghosts. Not even when I told him that's what they were supposed to be. He said "No, I would never think ghosts." I hated to agree, but I had to agree. Except I was thinking dinner bell, whipped cream dollop, and WTF is that? All agreed I should move on. So I will. But I had to share. Kid honesty is the best. I'm hoping the project I just stocked up on yarn for will turn out much better...

In other Zach-isms, he said to me the other day "Aunt Bee--can I have one of your smiley face cookies?" I said "How come you're asking me instead of Mom-mom?" (I am always very interested in a kid's thought processes, so I always ask weird and unnecessary questions--plus he usually asks my mom for whatever he wants). He gave me a "really?" look and said "They just look like something you would have." Does that kid know me or what? And finally, I told him the other day that this weekend we were all going to drive around and take pictures of us planking. Nobody knew what that was (and I had to look it up myself when I first heard of it--I thought it was this) so I explained it to him. I was informed "That's probably the dumbest thing ever." Agreed. We were playing a card game when I told him this, and a little while later when the adults were arguing over points this loud little voice pipes up that says "Hellooo!! I'm planking over here!" And indeed he was. I love that kid! And no, we're not driving around planking this weekend.

The interwebs are full of autumn and Halloween fun, but I haven't had much time to join in (other than my pillow from the other day). In the event that I just don't get anything new done this year, here are a couple tutorials I posted last year in case you want a few easy projects: 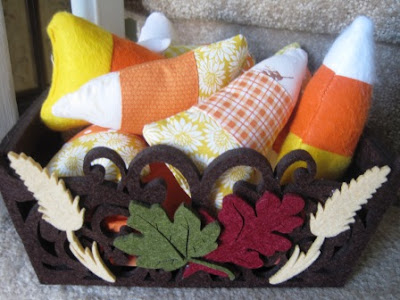 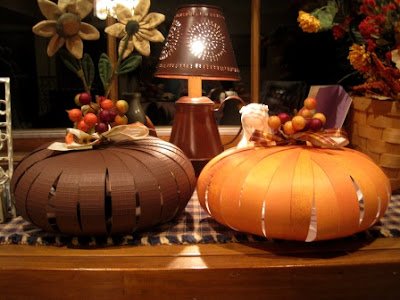 I am almost finished with this week's quilt block. I guess I could technically be already finished, but it's going to irk me if I don't change something about it. It's going against my "just go with it" quilting philosophy, but when something is on my mind overnight I know I have to fix the situation. See you soon!﻿
From the convoluted brain of Bethany at 11:52 AM