...or at least that's how it felt. I am infinitely happy that my last big project has been scratched off the list with a vengeance. Months ago (maybe December? But definitely January) my ol' pal Lisa asked me for a few runners for her living room. One would be 10 feet and the other about 6. Sure, no problem, I said. Oy. If I only knew.

Now I don't really know what my whole problem was with these things. Maybe because I started off with the longer one, and had to crawl around on the floor for a night pinning and lining everything up. Maybe because I didn't want to write on the fabric with an actual marker (sometimes the marks don't want to come out for me) so I taped out the lines individually. Maybe because it was ten flippin' feet long! Maybe all of the above.

The first one took me months to do. Literally. To be honest I was very busy in-between with bag orders, but it still took me a crazy long time to quilt in a grid. And then a few weeks ago, when I was on Amazon and needed $4.22 to get free shipping, I saw "you may also like..." and there was a Clover hera marker. I head-slapped myself and muttered "You moron!" Into the basket it went. And it was the best money I've spent in a long time for this, a wee piece of plastic: 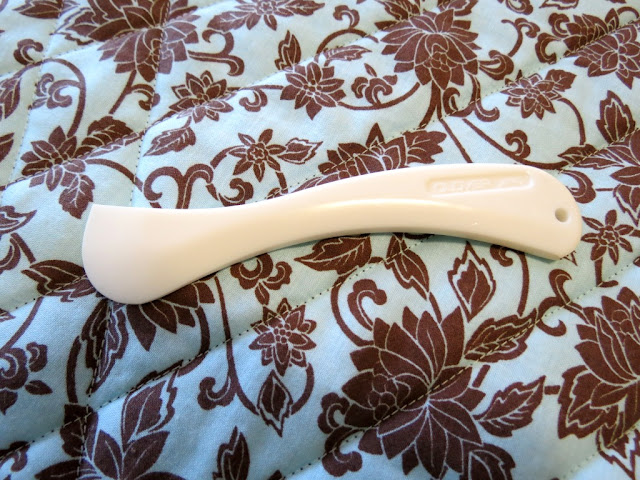 A hera marker adds a very slight crease to your fabric, marking the stitching lines without leaving a trace. It's hard to see unless it's right under the machine needle, but I tried to get you an ok pic: 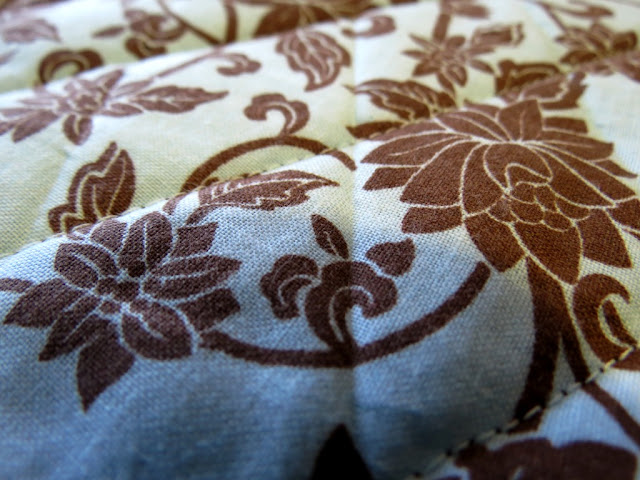 It looks like nothing, but it meant the world to me. No more trying to line up a shifty ruler with a piece of tape that only wanted to stick to everything else. No more having to stitch sloooooowly so I wouldn't go through the tape and have another mess. No more sewing through the tape and having to try to pick it from the stitches. Just a quick line (and 5 at a time instead of 1!) and then whoosh through the machine. I finished the second half of the looong one in an evening (yes it took me months to not even finish one!) and cut, pinned, and stitched the shorter one on Saturday. ONE Saturday. I couldn't believe it.

So enough of the yakkety-yak--here's my latest, already packaged to head to work with me tomorrow: 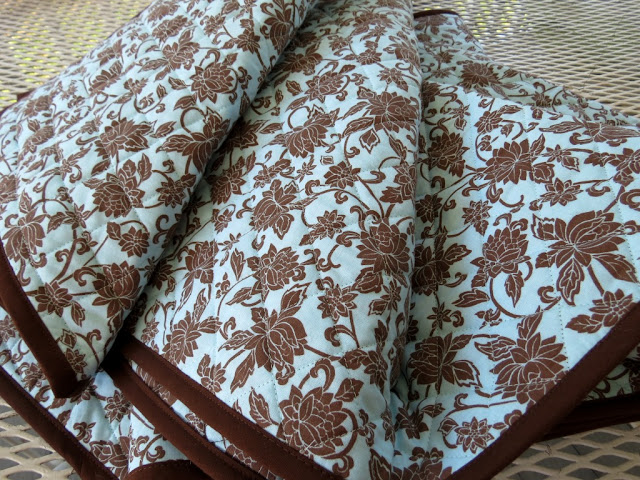 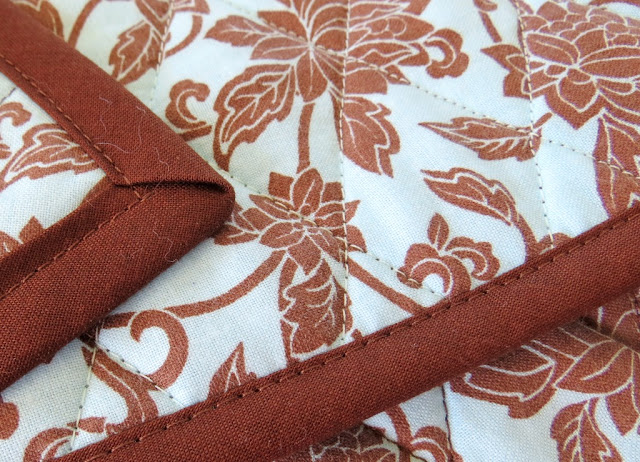 Even the binding went quickly. I thought I wouldn't have enough, but I have a ton extra for a fall project I have in mind (yes, I know, it's May, but just like in retail one must plan ahead :) Instead of pinning the binding and hoping for the best, I folded it towards the back and pressed the bejeesus out of it. It stayed in place really nice while I was sewing it down (the only hiccups are slight and where the seams are, so next time I'll know). Doing it this way definitely beats pinning in my opinion. 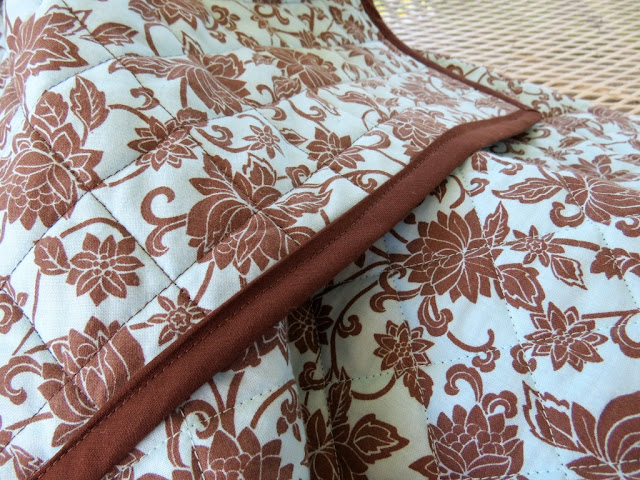 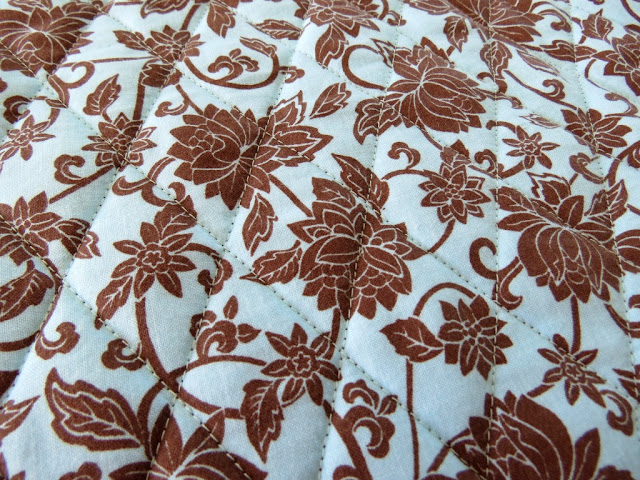 And just to give you an idea of how much longer one is than the other: 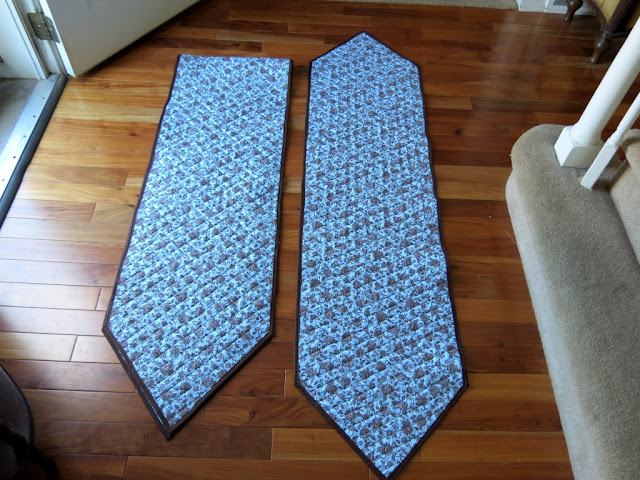 The one on the left is folded in half--I wouldn't have been able to get it all in the photo. I wonder how long it would have taken with the hera marker in hand--definitely not as long as my measure-and-tape method, that's darn tootin' :)

I've already got another list going, but they're for fairly simple bags in fun summery colors--can't wait to show you as I turn them out :)