Hellooo!!!! Here we are at the end of another week. How does that happen? Not that I begrudge the weekend, but September is a week old already and that just seems entirely unacceptable (not that I begrudge the coming of cooler weather, either). I was feeling a little off this week, not sick but decidely...womanly...for lack of a better cryptic phrase. I didn't feel like doing much of anything that involved anything other than sitting, so not a whole lot got done. But after last week's marathon sewing to churn out this bag I feel I deserved a break anyway. Here are a few photos so you can see some of what's been up. 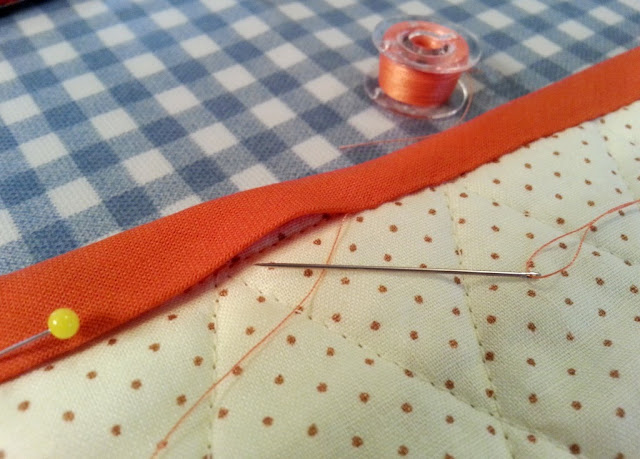 Lots of hand-stitching. I tacked the bindings onto three fall table runners (hopefully I'll have them in the shop this weekend if you'd like to snag one). I didn't think it would take me so long to do, but the simple motion of hand stitching was actually quite soothing. Just have three left for Christmas. If you're wondering why I don't machine sew them, it's because I'm still in the practice stages of getting a neat finish, and if I'm going to sell something it must have a neat finish (especially something like this). 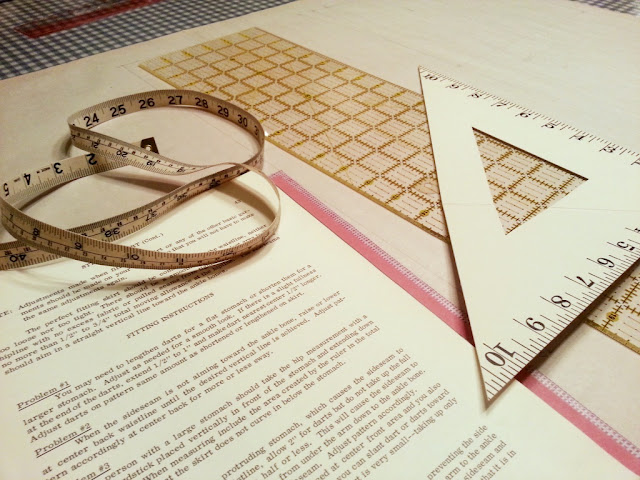 Wednesday night sewing with my sister has resumed. This week? We drafted our own skirt pattern, with a little help from an old-school pattern-making book. It looks like an actual pattern, with darts and curves and everything! We're going simple with the design this time, and as soon as it's done I'll do a show-and-tell with the book and the skirt. 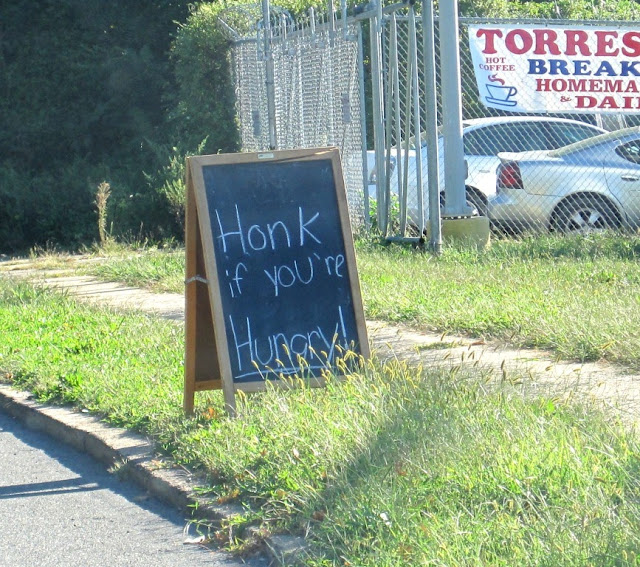 This brought literal joy to my heart this week. After MONTHS of enduring the incorrect usage of 'your,' this sign finally reads as it should. Many was the time I felt compelled to pull over and tell the guy to fix his sign, but then it became a game of "I wonder how long it will take for him to realize..." Of course, someone else may have said something. But I don't care--I don't shake my fist and say "Come on!" almost every morning on the way to work anymore.
So there you have it. I'm doing a bit of shopping and sewing this weekend, as well as reading--I'm almost finished with a really good read that I'll tell you all about. Do you have any fun plans?

Happy Friday!﻿
﻿
From the convoluted brain of Bethany at 12:37 PM