Wow, I can't believe I haven't posted anything all week. Granted, things have been hectic and busy, and I didn't feel like anyone would want to read about dusting and vacuuming, or that I organized my books or anything humdrum like that. I haven't done any sewing, and I haven't really felt motivated to. I'm at the trough of a crafty wave, and just need to find that perfect project to get back into the swing of things. Throw in a killer migraine at the beginning of the week and that should suffice as my excuse note. Not that you really need one for a blog.

Anyway, this week was pretty whirlwind so I didn't have much time to stop and smell the roses so I only have two pictures to share with you. Hopefully that will change soon as the weather is turning, and I'll feel obligated to show you pictures of leaves changing colors as though you've never seen those before. 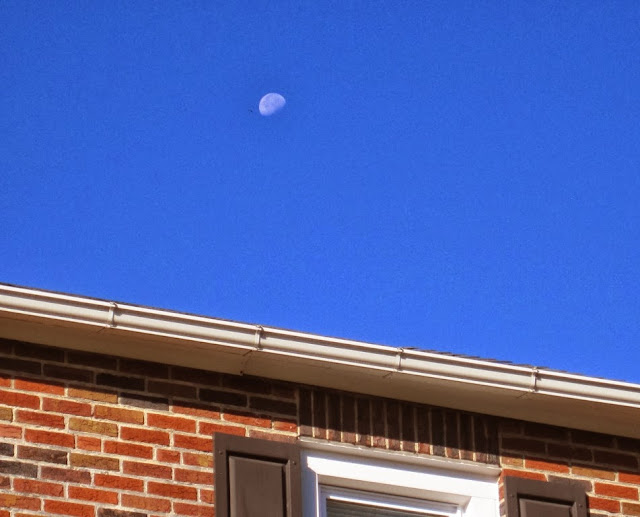 Moon in the morning. I know when you see the moon in the afternoon it's about the time in its cycle it's going to be a full moon, so I guess when you see it in the AM it's the new moon and you won't see it at night? I forget the technical term for that... 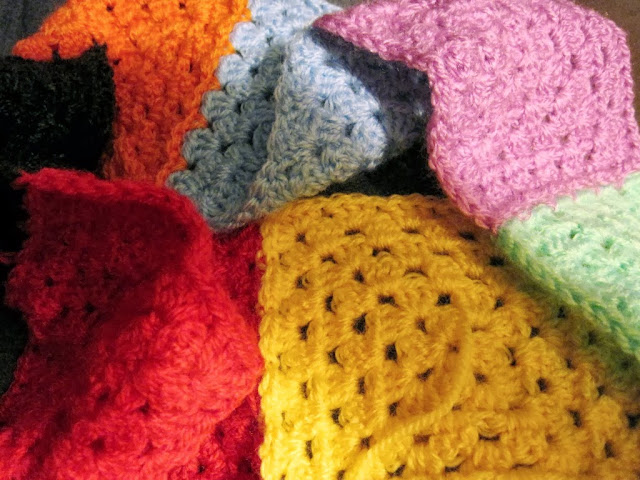 You may look at this pic and think this is an odd sort of color arrangement for a blanket for an eleven year old boy. But it's one of those gestalt theory sort of projects where the whole is more than the sum of its parts. It's all going to come down to the arrangement, and since I don't have a full row yet it won't make sense yet. I'm excited about this one so I hope it turns out well.
So that's that for now. I've got a few projects I'm hoping to get cracking on soon, but life has gotten a little bit busy lately so who knows... Posts might be a wee bit sparse until I get my rear in gear, but I'm not going anywhere so stick around, will ya?
Have a great weekend, everybody!﻿
﻿
From the convoluted brain of Bethany at 11:37 AM