Sing Soft Kitty to Me

I feel like it has been forever and a day since I've been behind my sewing machine. It's really only been about a week, but it was a hectic week that seemed much longer. I was able to steal a few moments over the weekend to put together an order I've had on tap for a while. It was the perfect project for when you need a bit of stress relief--it was easy and came together quickly, and ended up being very cute. Plus I was given the pattern and fabric, so I barely had to do anything but press the pedal and go. 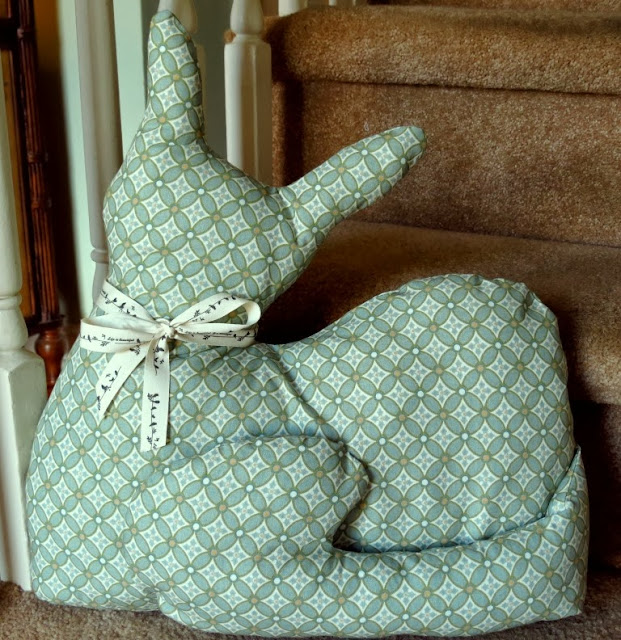 This was a free project from Better Homes and Gardens. It just has to be enlarged and you're good to go. This thing was quite the curvy project (especially those ears!), but I took my time and clipped my curves and everything was fine. You sew and stuff the tail before everything else, so it kept getting in the way but I was very careful not to overstuff so I could move it out of the way without trouble. 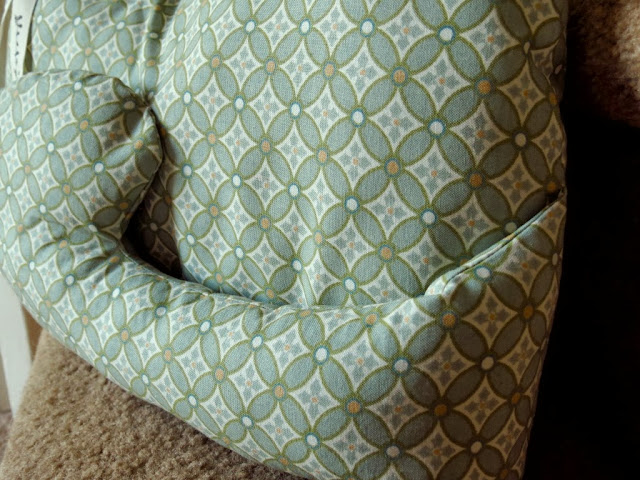 I tacked the tail down in a few spots to hold it in place. I also found the perfect piece of ribbon to tie around its neck-- 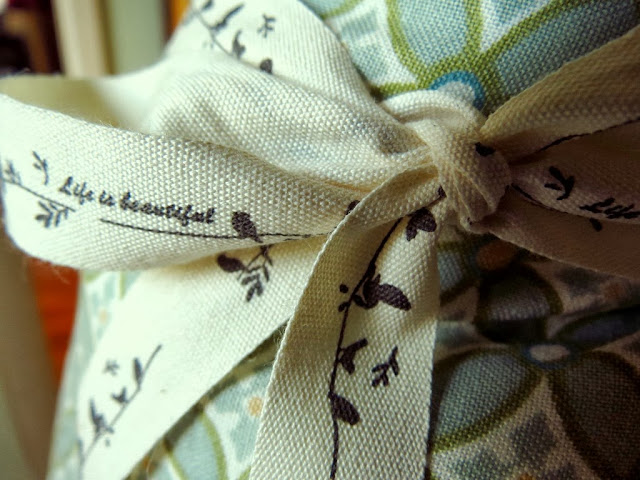 It reads 'Life is beautiful' and has wee little birdies on it, which is a very cat-like sentiment, dontcha think? I really like the shape of the finished product--especially the little tilt to the cat's head (though the butt doesn't look like it would be that big from the front)-- 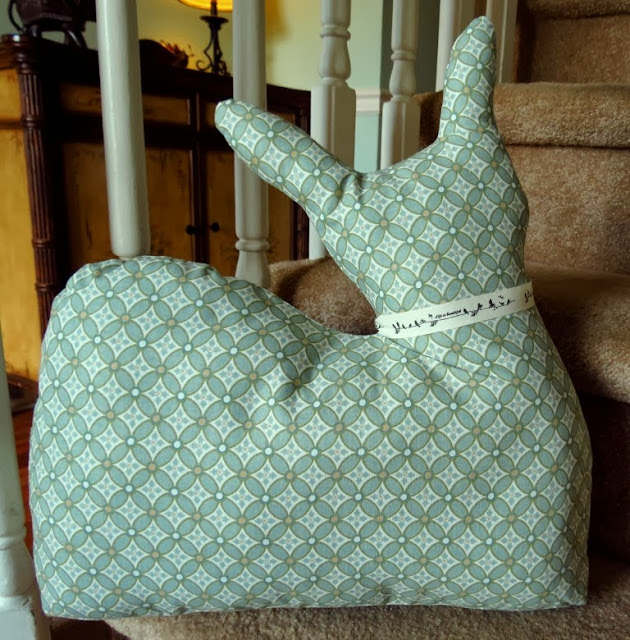 It has a decidedly country look about it, and would look cute on a sofa or on a shelf. I have a tendency to make things look like other things than what they are when it comes to stuffing them, but this one kept its shape nicely. The only fiddly part is the gusset that goes across the bottom. They provided no directions on how to do it, so I sewed the cat part, then inserted the gusset like I would a bag bottom. It was way long, and took a few trims to get it to sit right, but once the measurement was right it went in just fine. 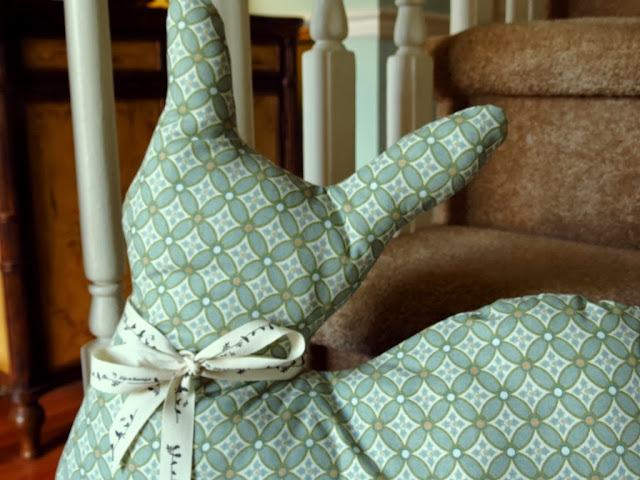 Now this is my kind of cat. The kind you can't be allergic to. Which is why I'm a dog person in the first place. So that's one more thing off my list. My next project is also cat-oriented (but the fabric, not the project itself). I'm hoping to finish that one up this week, too. See you kids later! Like in October. Because that's tomorrow, believe it or not. I, for one, do not.
From the convoluted brain of Bethany at 10:53 PM