It seems like a million years ago that I wrote this post. And at the same time I can't believe the benefit for my sister has come and gone. I also can't believe that I'm still tired (or else it's the onset of a cold I fought off last week only to feel it trying to creep in yesterday). Last week started with lots of driving to pick up last-minute donations and drop off tickets and things like that. That led to hours of wrapping and sign-making and ticket sorting and list-ticking off. And it ended with a snow storm. Would you stinkin' believe it? How many weeks have I been saying I want a great big pile of snow, and gotten nil? Well, Saturday we had quickly accumulating snow all afternoon. There were questions of "Should we cancel?" (no, we can't) and "Do you think people will come?" (heavens, I hope so!).

We were able to get into the event site a few hours early to make sure everything was just right. We were overly organized (thanks to my sister and her amazing list-making skills) and had an hour to pace the floor and stare at each other. We kept checking Facebook, and worrying that people would stay away (after a few cancellations from some long-haulers). But there was no need to worry. The magic hour arrived, and so did loads of folks. And the frenzy never stopped. It was absolutely amazing. 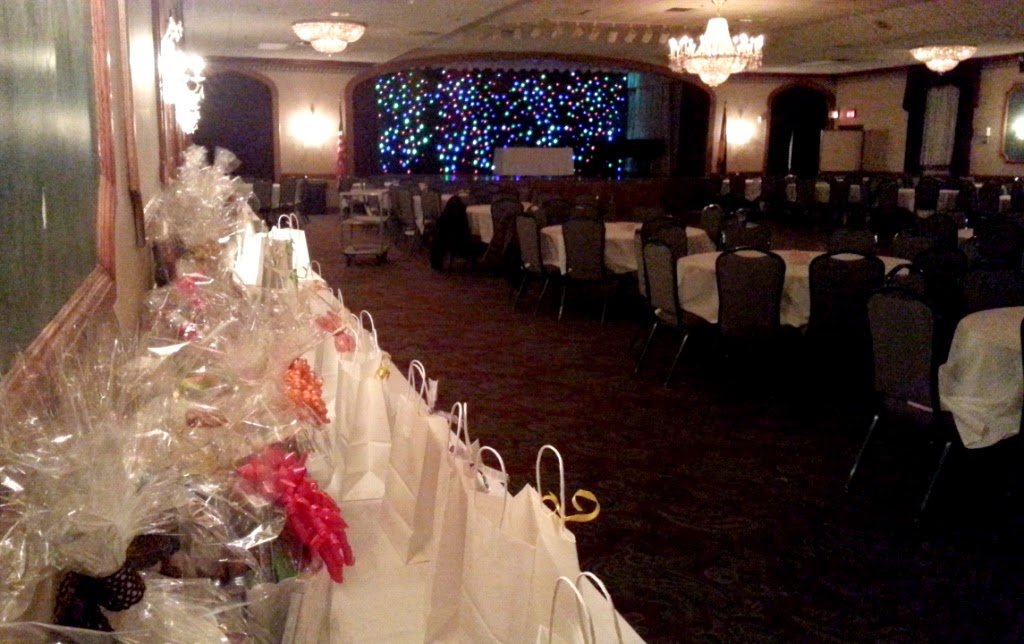 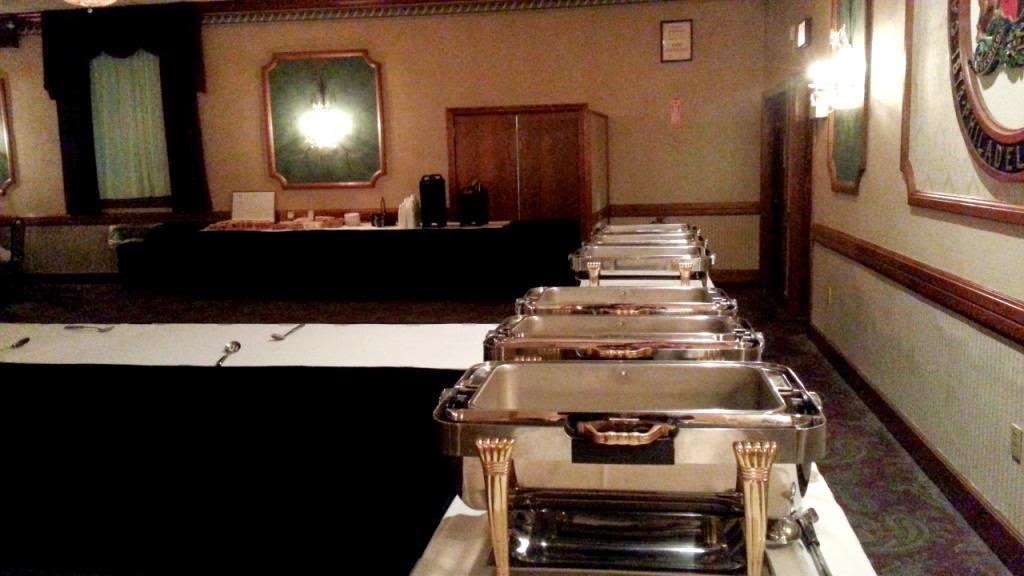 The calm before the storm. I love just being still in the moments leading up to an event, whether it's something like this or our annual Christmas party. It's like the room knows what is about to happen and is just waiting, with an almost palpable excitement bouncing off of the walls.

I only took a few pics toward the beginning as we were here, there and everywhere as the night wore on. I think we had about fifty fewer people than anticipated due to the weather, but we still an amazing turnout.

My friend Megan (we've known each other since third grade) made the cake based on the flyer we sent out. Doesn't it look great? And it didn't taste too bad either, lemme tellya. 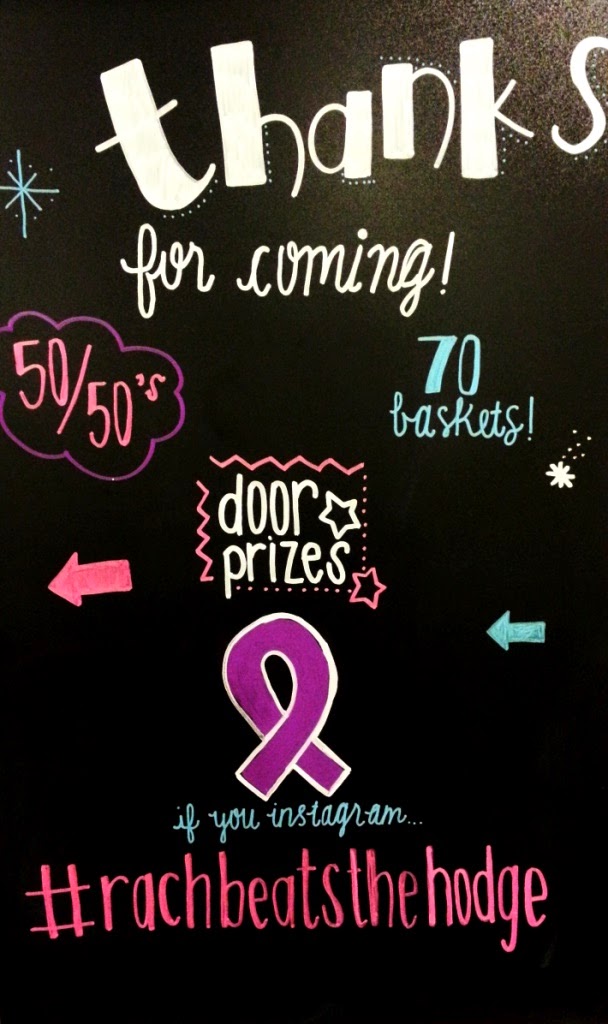 We had this in the hallway so folks would hopefully tag any event photos so we could find them easily. These are chalkboard markers on a blackboard. If those kinds of markers had existed when I was younger I would have covered my bedroom walls in blackboard paint and never left the room except to buy more markers.

I know, the photos aren't exactly inspiring, but the evening was amazing. People I haven't seen in years came out to show their support. Some came from quite a distance, braving some quite serious elements. Others walked from not that far away. There were hugs everywhere, desserts that were amazing (and that I may have eaten as breakfast and lunch yesterday as we could take them home), dancing, laughing, and that level of excitement and warmth and love that you could almost reach out and touch. The comments we received from folks who came were lovely--ranging from "I've never been to something quite like it!" to "Damn! You guys are a FAMily!" (which was my favorite as that one word 'family' conveys so much). Yes, we are quite a family, friends included.

And most importantly, I suppose, we brought in enough money that the worry of those medical bills has receded. Which, when I think back to the level of love in that room on Saturday night, seems like a nifty side effect instead of the main purpose of the whole affair.

Now that all of that craziness is part of history, hopefully this blog will return to regularly scheduled programming.
From the convoluted brain of Bethany at 7:51 PM