On my "to-make" list for some time have been these gathered clutches from Anna over at Noodlehead. They're cute and easy, and don't take much fabric or time to put together. They're essentially an amped-up version of the classic zippered pouch, so if you've made one of those you can easily make these.

I had bought a roll of fat-eighths at Joann's months and months ago; they were perfect for this project as they were already coordinated and would match no matter which I chose to use. Otherwise you need about 2 fat quarters (but you have plenty left over--that's why I think it's a great scrap project). Anyway, here's the first one I came up with (and it's pink so yay!): 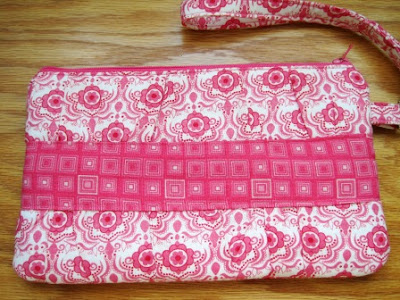 The busy fabric conceals the gathers a little bit so here's a major close-up: 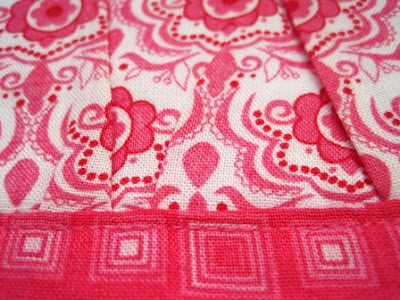 And here's the inside: 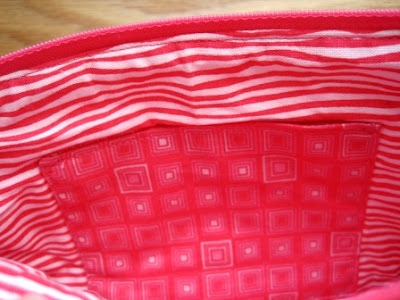 I think it took me longer to cut everything out than it did to sew this together. It would be a great thing to make for a gift in a pinch, and if you buy the pattern instead of using the tutorial you get a few extra tips and a limited commercial license to sell (and the price was so reasonable I couldn't not do it. I know, double negative. I'm tired. Forgive me.)
So then I decided to do the flip version of this and make the background flat and ruffle the strip (so I could use my ruffler of course. It was the idea I had that I mentioned at the end of this post--very creative, I know. I hope I didn't blow your mind with that one). I don't think I'm pleased with the results. I love the main fabric I used, but I don't think it's a fabric issue. I can't quite put my finger on it. I'm not sure if I should have gone for a looser ruffle, or a less dominating color than red, or what exactly it is. Look: 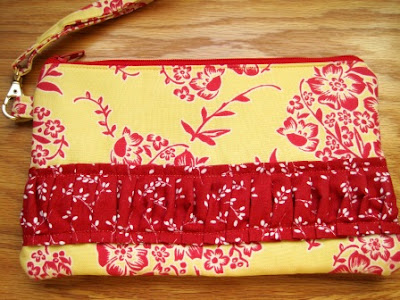 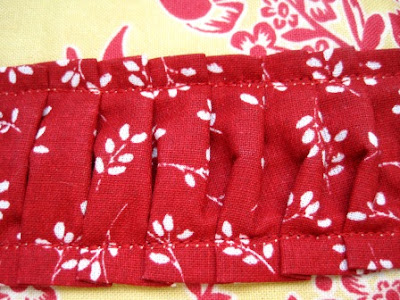 See what I mean? It's cute and there's not a thing wrong with it, but there's an...offness to it. I love the yellow and red fabric, but I think my flip-it version falls a little short on the cuteness scale.
If you could leave me a comment with some raw honesty I would much appreciate your thoughts on this one. For easy comparison here's one final shot: 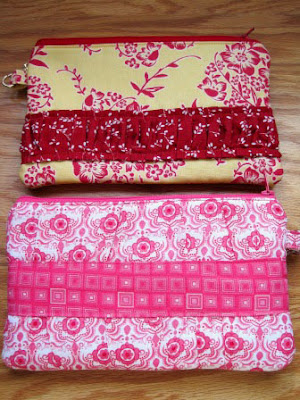 Thanks, lovelies! Have a good Monday (as though my saying it is going to make it happen, right? Ugh. I hate Mondays). Ta for now!
From the convoluted brain of Bethany at 11:04 PM