I do love making frame purses. At a certain point, the bad language commences because they can be fiddly, but at the end I always think "Ahhh, yes. How I love making these." They're one of those things that don't take much to make, but can have a big impact. I usually make them with a six-inch frame, or with the sunglasses frame. But the last time I placed my order I tossed in a few smaller change purse-sized frames (they're three inches wide). They've been sitting for a while, but this week I puttered about and figured out a good pattern.

Now, I had ordered a kit previously for this size, but put the directions aside and made an iPod holder. The frames I had now were (unintentionally) the same size, so I figured I'd use the pattern this time. That was promptly put aside again. I've never seen instructions for constructing a purse this way - the lining and outside are sewn together in the most difficult of ways, and I sat there muttering to myself the entire time. I kept going with it thinking there'd be some incredible revelation and purse magic would happen. I didn't even finish it, I was so displeased with it. Plus it was so tiny and weird I couldn't sew the gap in the lining shut - I wasn't wasting a frame on this one. Here you can see how tiny and shapeless it is: 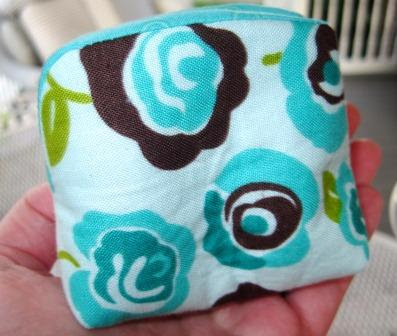 I reworked the pattern a little bit, but ended up making it way too large for the frame - I tried to make it work, but it would have looked terrible forced into the frame. 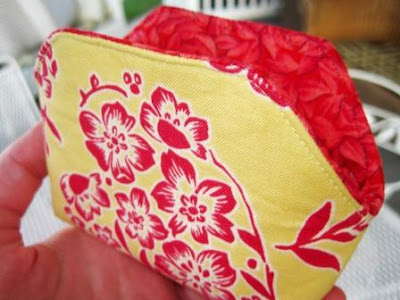 Aren't those fabrics cute? But that piece that angles off the top is way too long. Back to the drawing board. And this time I met with enough success that I popped that baby into the frame. It needs to be a slight bit smaller on the side, which I'll do in the future, but for a sample it's still perfectly fine. It's essentially my own pattern now, which I should have just sketched out from the beginning and saved time and fabric. 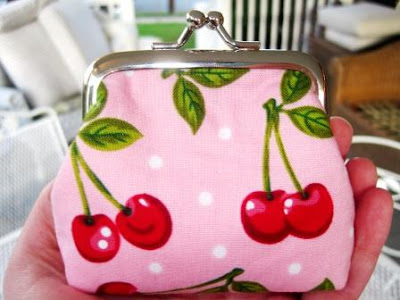 Isn't that cute? Look how wee it is! And note that I have small hands, so it being the same size as my hand doesn't mean what it does for normal-sized handed people. I blame my lack of success at the piano on my short fingers, NOT on lack of practice, by the way. 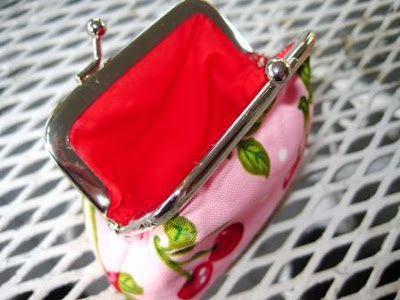 I love this fabric combo, so if you're thinking that you've seen it before you're absolutely correct. I used it in my sew-in frame tutorial here.

Look how little it is compared to the larger ones I make (even though those are considered medium-sized): 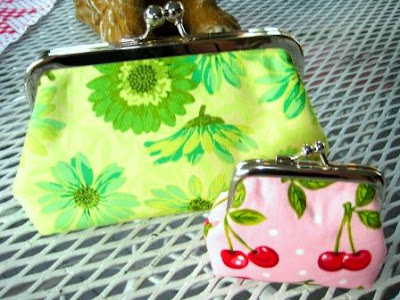 I do love the shape it came out, so I'm glad I just went off on my own and didn't follow the pattern. And one can smuggle the other inside it - I don't know where one purse would be smuggling another into, but at least in theory it is now possible should such a thing need to occur: 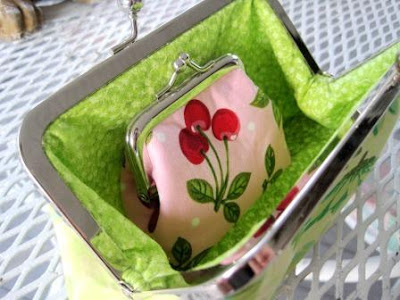 I'm off to enjoy the rest of my day with Grandma and the girls (i.e. my mom and sisters) and then head home. I didn't get much knitting done, but some is better than none. Besides, I was talking and eating. How am I supposed to stitch when I've got cheese-filled cake in my hand? Seriously, guys. Think about it. See you soon!