Stripes and checks? Check and check!

Apparently there was a 'make a baby' party at some point that I was NOT invited to, because when I tell you everyone in the world seems to be having a baby I really don't feel that I am exaggerating. Much. It's just that a LOT of people seem to be pregnant, so I can only assume my invitation to said party was lost in the mail...

I gave you fair warning you'd be seeing a few diaper bags sooner rather than later, and I've got another one for you this week. It was my first after writing down my actual pattern and details, and it came out quite well. The original order was for something with owls on it in baby blue and green. I had no luck finding something that wasn't garish and wouldn't have the tot end up in therapy singing "I always feel like...somebody's WATching meeeee...." I hunted and hunted for a decent sized applique or patch to use on this, but had no such luck. It ended up being a very basic, but very soft and pretty, boyish diaper bag. 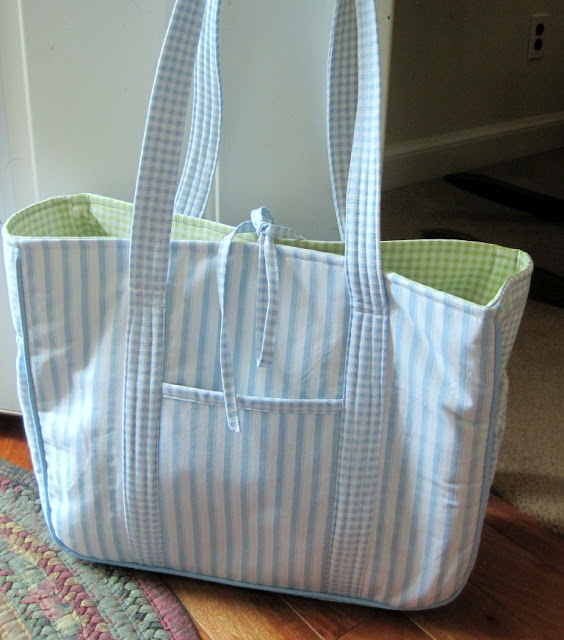 After the owl search was fruitless, I was told a blue stripe would be fine and a green inside. I took a little bit of creative license with the patterns, and had such fun seeing this one come together. I know I say that a lot, but it's only when I sew for other people. I'm always very intrigued by how their selections will appear after I've stitched them. I thought the stripe might end up being a little too bland even with the solid piping, so I added in a matching check. 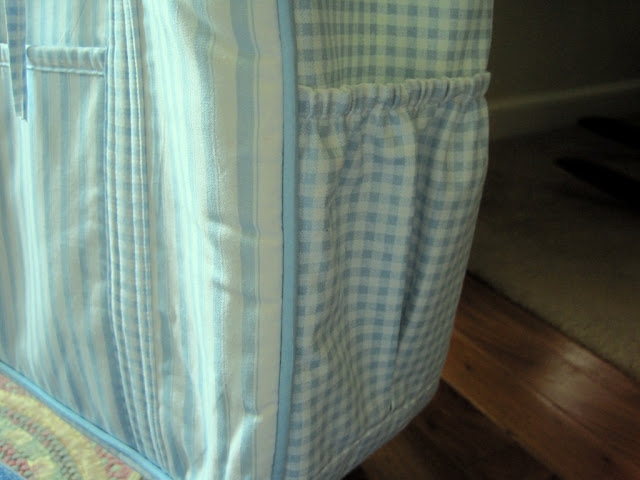 It's subtle so the contrast doesn't hit you in the face, but it's just different enough to make a difference (that's some great writing there, doncha think?). 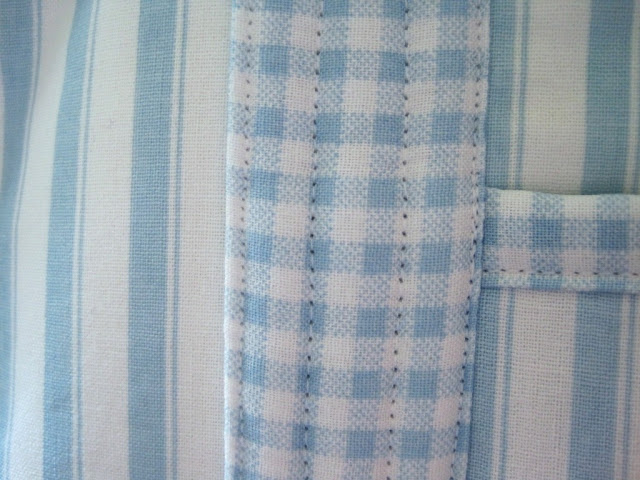 The fabrics are from the same line of nursery prints at Joann's so I didn't worry about them matching too much. The green I used for the inside is also the same line, so even that was the same tone, blending well with the blues. I thought my last bag had ties that were a little too wide, so I skinnied these up a bit. I think they need to be a touch wider (even though they already look kind of fat). 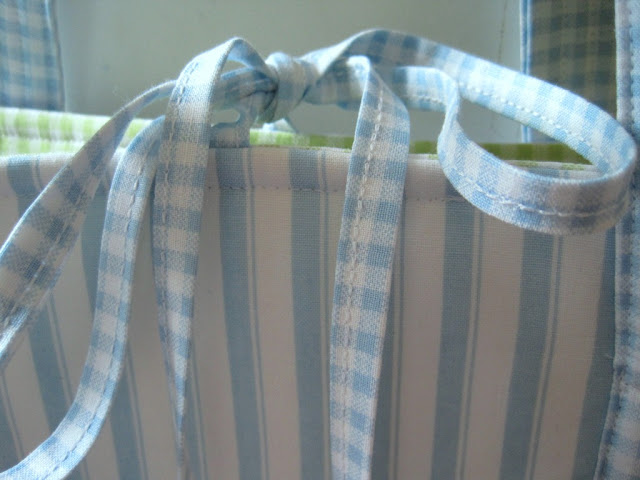 I triple-stitched them to hopefully hold up to the wear and tear. We'll see. I always get nervous when I haven't made too many of something before--I worry that I'll send one out into the world and it'll fall apart. Does anybody else ever concern themselves with such thoughts? 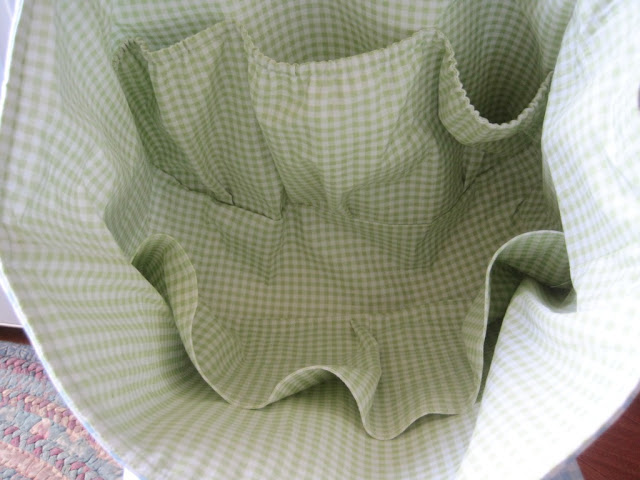 I did the same pocket setup too. The elasticized pockets seem just right but the others seem a mite small. The next one I do I might try larger pockets. We'll see (if I remember). 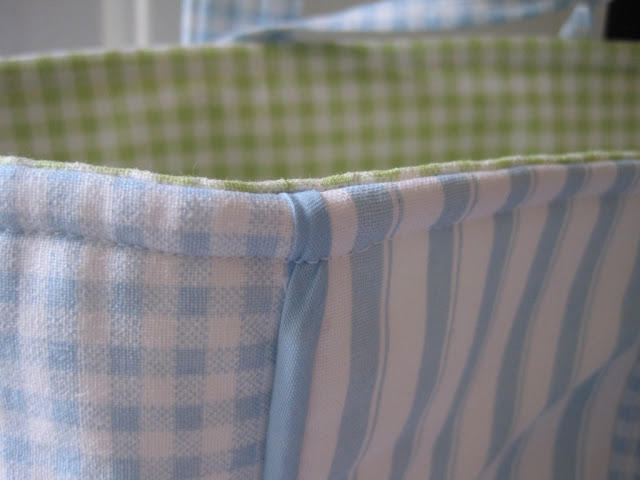 This is a better shot of the actual shade of the green. It's nice and springy looking. I'm trying to figure out ways to cut down on some of the bulk at the top. I only ran the piping cord to about an inch from the edge (but it could probably be a touch closer), but it's still a little bulky. On the next one I'll trim some of the fleece a bit shorter at the top. It's the only spot where the bulk is a little bit of a hindrance to the old presser foot.

They also sell these colors in a polka dot print. I'm thinking if I did the stripes, checks and dots I might keel over from the sweetness. I'm hoping someone has a girl soon and asks me for one because I'm seeing one in pinks with a cute eyelet ruffle around it. I might do that anyway for my neglected little shop (at least that would be my excuse).

Right now I have that overwhelmed feeling I'm prone to of having too much to do. So today, I prepped a bunch of projects in readiness for stitching. Only rarely do I find myself enjoying the process of cutting fabrics and interfacing, so I decided to hack into a few things and just sew through the week. I have high hopes for myself to finish two bags this week (another diaper bag for which I'm waiting for the cording to be delivered, and a tote for my cousin) so that next weekend I can whip up my mother's table runner I started a million years ago on Persephone.

Here's to a productive week for all of us!