Hey there hi there ho there! Is anyone else in a mild state of shock that we are almost into April? At work I overheard "first quarter reports are due blah blah blah" and had to look at the calendar to make sure it wasn't some big fat liar with his pants on fire talking. Sincerely--where in the heck did all the time go? I don't like it, guys. Too fast.

Anyhoodle, we're still on the wonky blocks in the QAL, and this one I dig man, ya know? I think the checks might be overkill and I should have chosen a more subtle background, but eh. I'm not going to start therapy over it. I would like to make a properly pieced fan block at some point--it can't be that much different than a dresden plate block cut in quarters, can it? And I bought a dresden ruler for when I had high hopes of free time, so maybe I'll give it a shot. 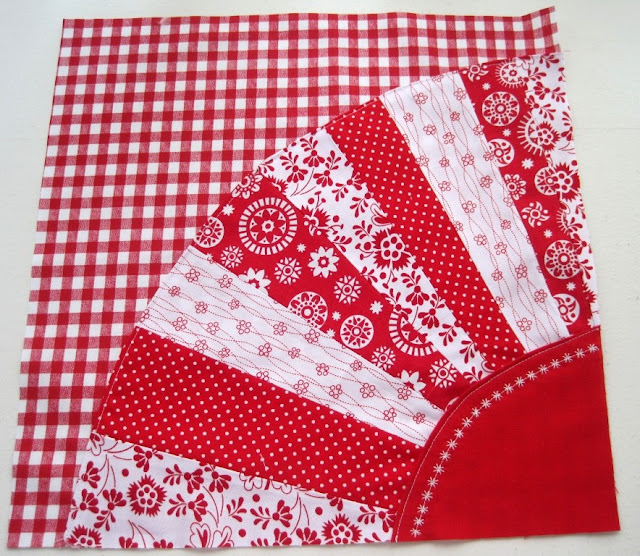 I don't think it's as obviously crooked as I would have liked for it to be... What's the deal with that? When I'm supposed to sew straight it's a mess, when I have the freedom to wonk things behave themselves. At least the "handle" part of the fan is absolutely ginormous. OMG, ginormous is a word recognized by spell-check. I expected the red squiggly, but nope--it's a word. 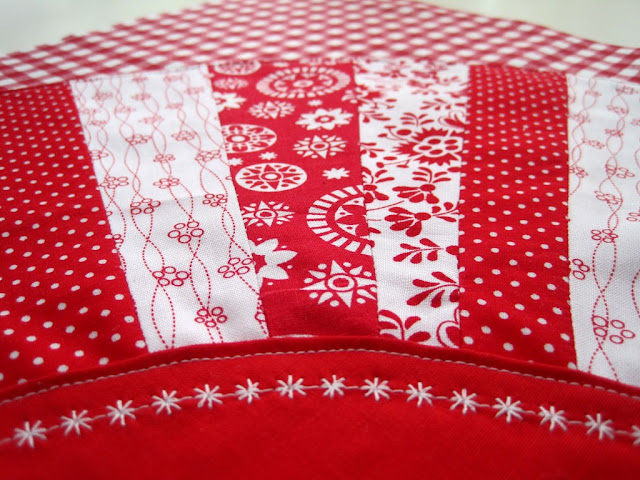 The red was a little too empty, so I slapped favorite decorative stitch on it. Wanna hear about a tragedy? I'm out of red and white polka dots. GASP! I know, I know, that will be rectified immediately. It's like when I don't have a spare spool of white thread beyond the one I'm using. I think the effect is called 'palpitations.' 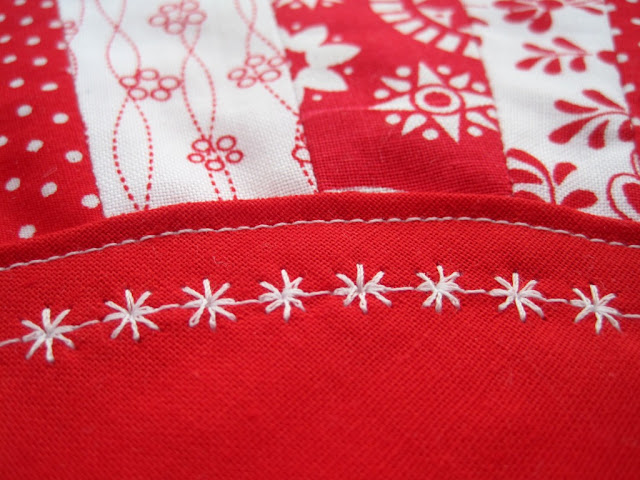 I think that's all I've got to say about that. Happy Friday!
From the convoluted brain of Bethany at 11:49 PM