Yeah, that says 'pumpykins' up there. That "word" snuck into my head somewhere and has been beastly to get out. So I'm sharing it with you. I hope it annoys you as much as it does me. Well...not really...that would be mean. But misery loves company so I hope you'll join me :)

OK, onward....the weather finally took a bit of a chill pill and it has been--dare I say--lovely outside? There is a hint of fall in the air, and as soon as I sense that tiny wisp of autumn it may as well be Halloween because I'm done with summer and heat and humidity. I felt like making something quick and crafty and fallish this weekend, so I decided I would make some yo-yo pumpkins. I had thought of them a few weeks ago, but making the stems on such things always boggles me a bit. When I went searching for a how-to, I saw that someone had already made exactly what I wanted. Instead of reinventing the wheel (I almost wrote 'reinventing the horse' - where did THAT come from?) I just followed this tutorial, in case you're interested in making your own.

After an afternoon spent with tea, fabric and twine, I had half a dozen different sized pumpkins ready to go: 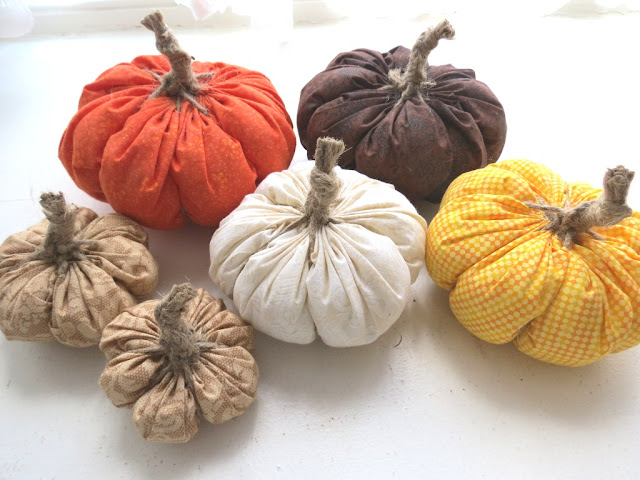 I made these from a small stack of fat quarters and some hand-quilting thread (it's very strong). And twine. And fiberfill. It's practically a no-sew project, but the sewing required is super easy giant gathering stitches. I found that doubling up my thread and gathering as I went made the thread less likely to snap. It took me a few cursing incidents to get my act together. 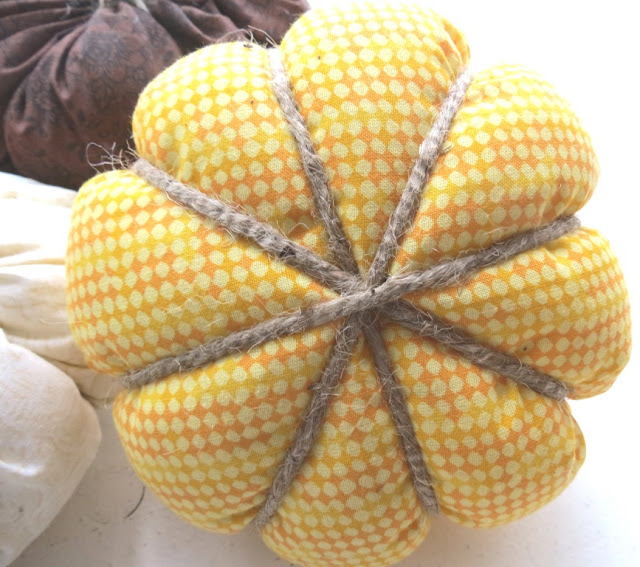 For the larger ones I used four pieces of twine to make eight wedges. My twine was very thick, so if you can find thinner stuff I would go with that. For the smaller ones I used three pieces for six wedges-- 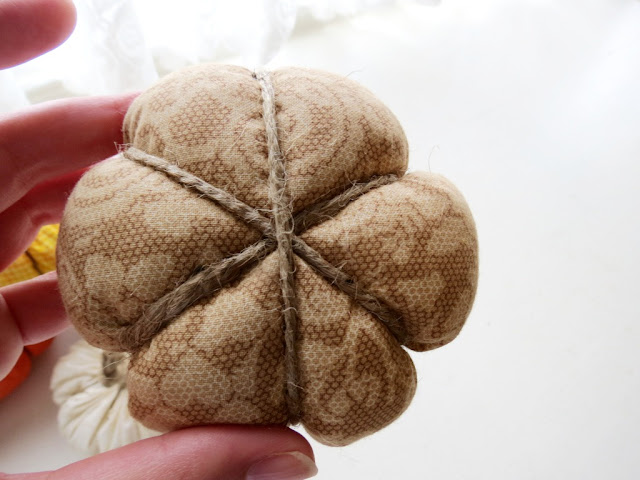 Using the twine to make the stem gives it a quite realistic look. My hands are nice and exfoliated, too, from working with the rough stuff. 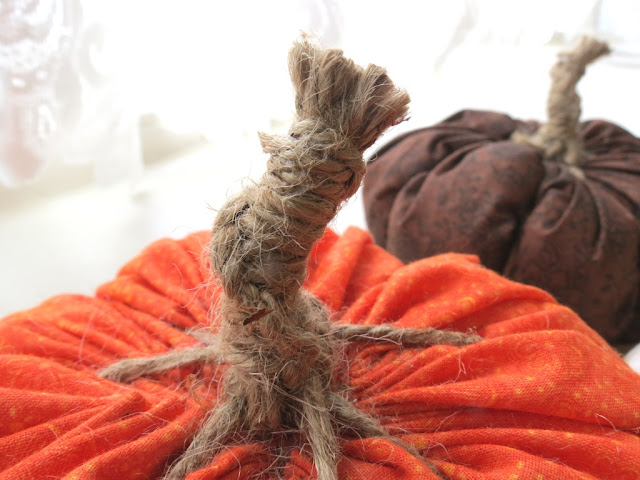 And since the twine knots and the stem sit right over the yo-yo gathering hole I didn't feel the need to be super neat and precise about closing the hole off. The little ones are my favorite. 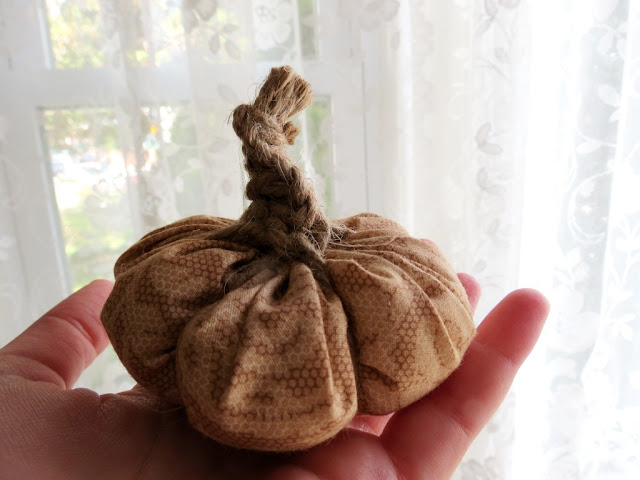 The best part, though, is the devil-may-care freedom you can employ in your stuffing technique. One of my least favorite tasks is stuffing a pillow. I have such a time getting the lumpy-bumpies under control for a smooth finish. With this they didn't need to be stuffed firmly so it went pretty quick.

I cut the biggest circle I could out of a fat quarter, and that gave me a pumpkin about 8 inches big. I didn't have a full yard of fall fabric on hand to try a huge one, but it would probably be quite cute. I practically live at the fabric store, so I won't be out of opportunities to give it a shot. For now I like seeing them on the windowsill when I come downstairs in the morning, chilling in the sunbeams, waiting for the fall decorations to go up.

Don't you just looooooove this time of year?!?!?!?!?!?! Have you been doing any seasonal making yet?

From the convoluted brain of Bethany at 8:09 PM