'Allo! Can I just say that I am LOVING your comments in the last post? It seems that the consensus is that we all love designer fabrics but few of us can really justify the expense of just using those (but Katy's right in her comment--if you're a sleuth about it you can score some great deals online). I adore designer fabrics, don't get me wrong. I often pimp some out here on my blog. But I don't view them as a 'must' or a 'should,' but more of a 'wishful thinking' sort of thing. I guess what it comes down to is that no one wants to be judged for something as superficial as a fabric choice, especially when we're all in it for the same thing--the calming motion of needle and thread, piecing together tiny parts into a big beautiful whole whether it cost a small fortune or was bought on a budget.

OK, I'm climbing down off my soapbox now as I feel I'm about to cross the line into judging people who DO love and use designer fabrics exclusively as though that's wrong. It's not. It's just that no one should feel bad about something that is kind of silly in the grand scheme of this crazy crazy world. OK, NOW I'm climbing down and sharing some pics :) 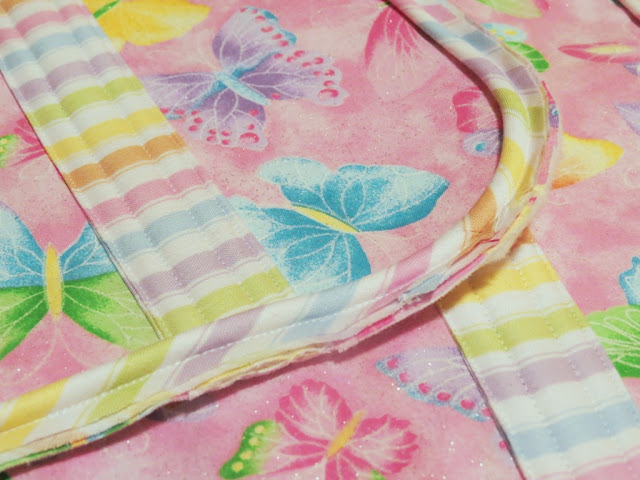 This was on the cutting table this week. I'll never tire of that striped piping. I also hemmed and mended a couple pairs of pants but who wants a pic of that? 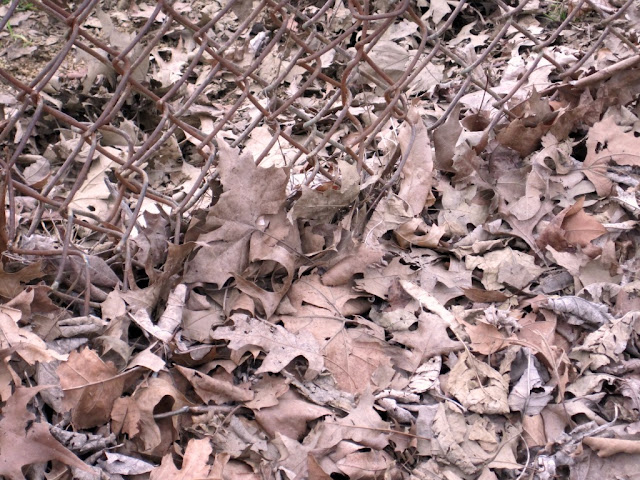 Not quite sure what the hell, but it feels more like winter is on the way instead of spring being here. 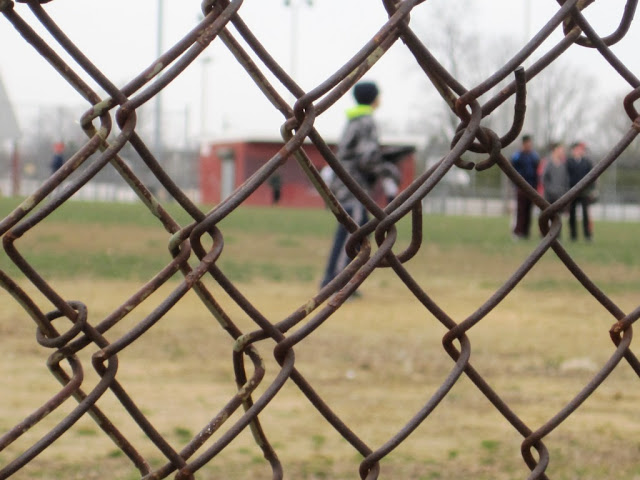 I took Z-man to baseball practice tonight. He reminds me more and more of my brother as time marches on. He dwarfs some of the kids on his team, and I fear it won't be long until I'm looking up into his gray eyes instead of down into them. It was stinkin' cold!!! I felt like I was shoveling snow instead of sitting at a practice field. 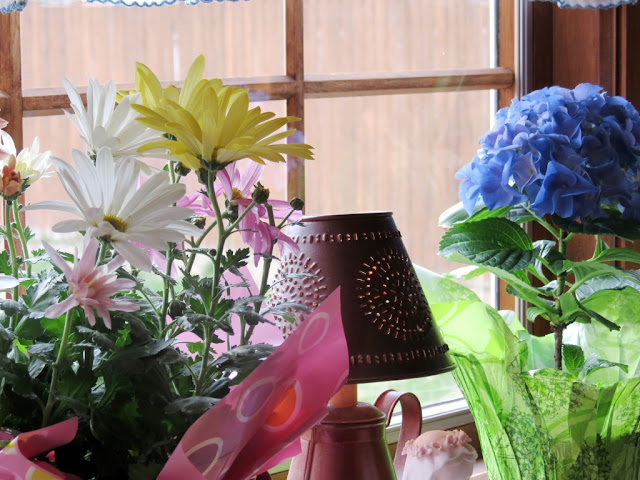 There are no green things to be found unless you look indoors for the store-bought variety. I've seen a few crocuses, but that's it. Usually by now the trees are budding and everything is just beautiful. It still looks like the bleak midwinter outside. 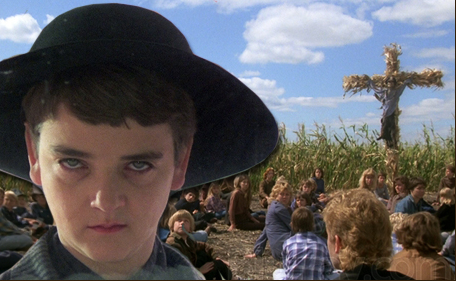 We hid this picture in my sister's bed last week. She gets freaked out by weird stuff like this, and Isaac from 'Children of the Corn' is definitely weird.

Z-man is spending the night tonight and his main goal was to scare the crap out of Alicia. We convinced her he wasn't here, he hid himself in her room, and then she spent the night on the sofa. He eventually got bored and crept into the living room and scared her there. Gee...I wonder where he gets it from :)
From the convoluted brain of Bethany at 11:22 PM