Hey guys? You know those big cans of mixed nuts that Planters sells? Just so you know--they're manufactured on equipment that processes nuts. Who'da thunk it? I wonder who proofreads some of the labels that are on products. I sure would like to know the reason behind the "do not use hair dryer in the shower" warning because I would really like to believe that's a big typo instead of an actual person dumb enough to have done that and sued for such a warning... Anyway, pictures. I've got some crappy ones this week as they're all from my phone and I'm the only person alive who still can't take a decent picture on my phone... 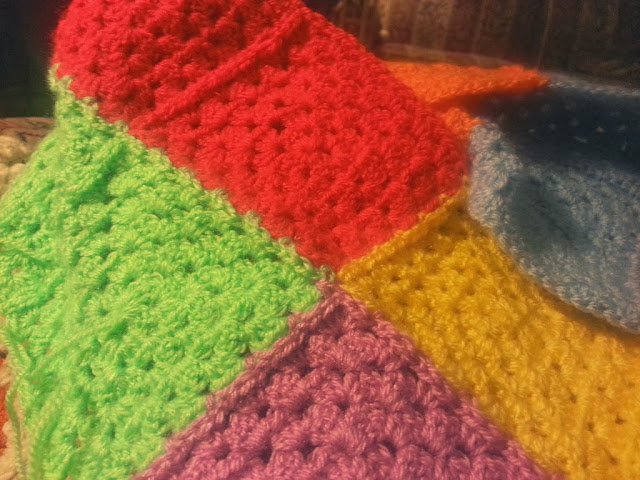 Making progress on Z-man's afghan. I know, the purple might be making you think "What the...?" but it needs to be there. I've finished twenty squares out of 150. But two ends per square to weave in? Easy peasy. 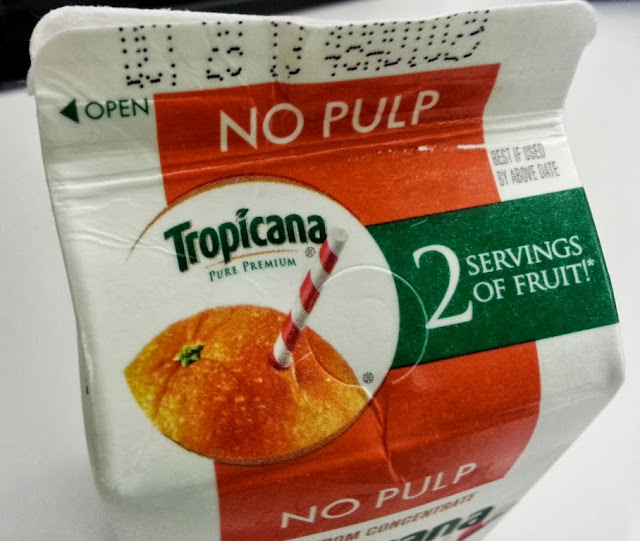 I've been fighting off a cold all week so I've been loading up on OJ. I do see the straw hole there, but I couldn't get the stupid thing to poke through so I had to open it like a milk container. See at the top left where it says 'Open?' 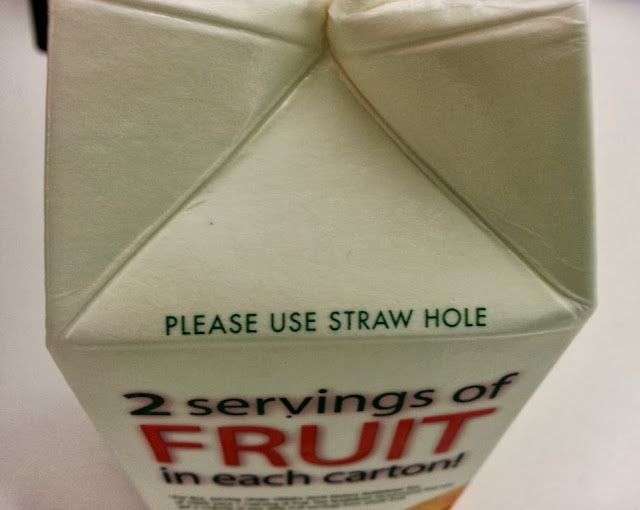 Once you start to open it you see the above direction. By the time I see this I've already got the container open. Again, with the label-checking. 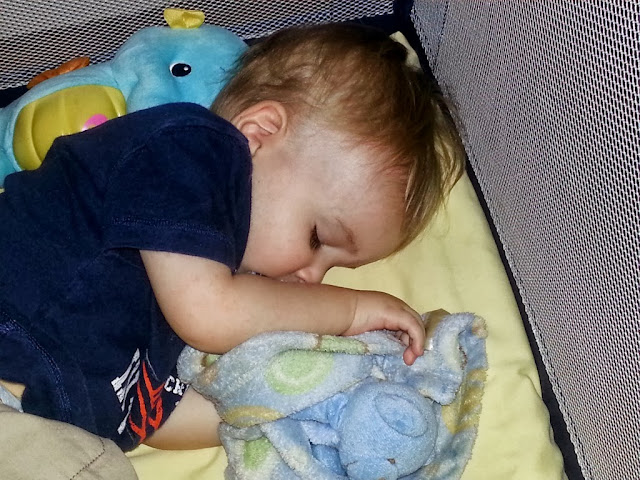 "Aiden, wanna take a nap?"
"Pwease."
I almost felt my heart liquify as it melted.

We're having a spell of Indian summer here, as the temps have jumped up again. I've been jonesin' for sweater weather for two months now, so I'm not pleased. But I suppose it can hang on a little longer if it needs to as I still haven't sewn up those tops for myself that I've been planning on making... They're going to carve "When I get a minute..." on my tombstone.
From the convoluted brain of Bethany at 11:15 PM