I had a bunch of small sewing odd jobs this past week that I finished up and have ready to move on out the door. I feel quite accomplished. When I was cleaning up my sewing area afterwards, I came across the box that my second Brit Kit came in and immediately set to (read about the first here).

This month's (or I should say last month's) box was for a set of clay-covered candle holders. I've never been a sculptor--my Play Doh exploits include snakes, balls, spaghetti, and boulders. That's about it. But these were actually really easy. Here is the box of supplies I received-- 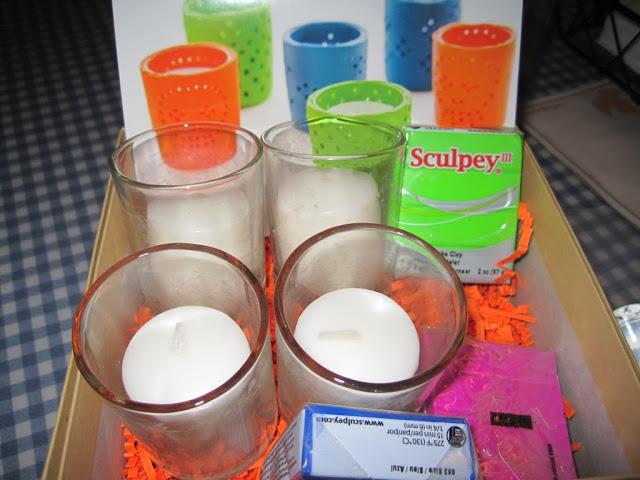 I actually received three candles, but in the initial delivery two of them were broken. I contacted the company and they shipped new ones, so I had four to play with. I don't know that I would have chosen the colors, but I wasn't about to buy more. So what you do is lump your clay into a...lump, and then roll it out smooth and even. During my Pluffy misadventures a few years ago I had bought a roller for clay, so I used that and it was marvelous. Once it's rolled out, you roll your votive holder in it-- 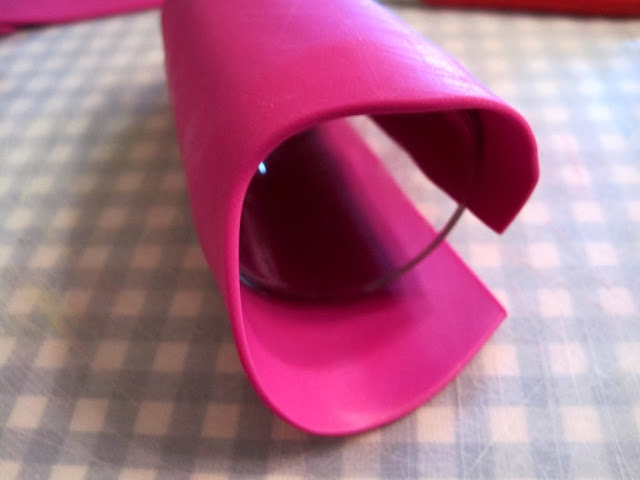 --and then trim to fit. You roll it around a few times to smooth out the seam, and that's about it for that. 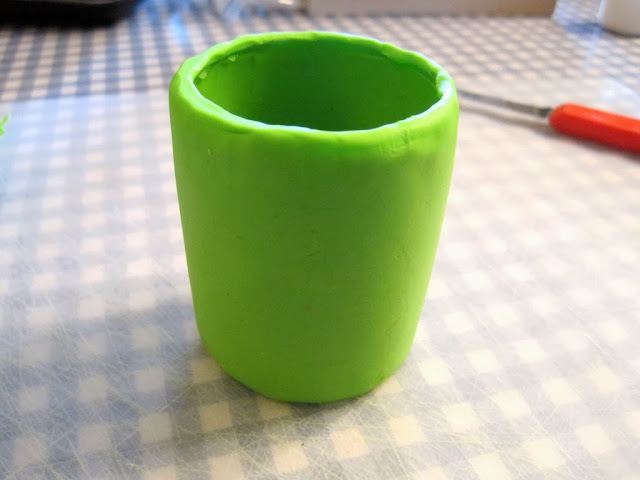 Included in the kit was a lollipop stick for making designs. I should have had my sister help with this part as she is a fantastic doodler and I am NOT, but I didn't and just poked away. The first one is all-over polka dots-- 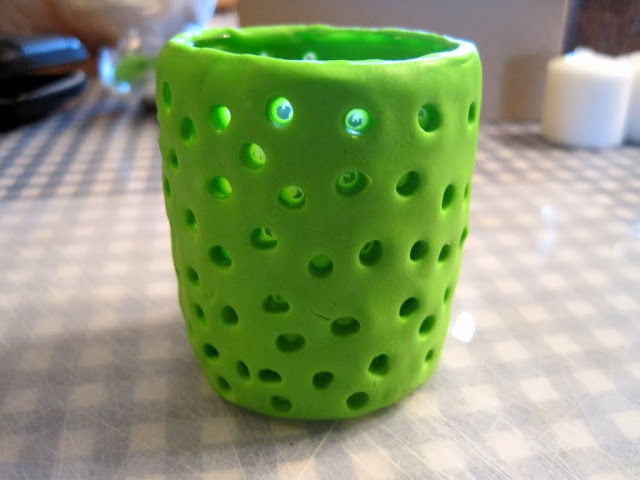 --and the others are random shapes. The extra one I cut out some little confetti bits from the leftovers and stuck those on to see if that could work out. After the holes are all poked through (or shapes stuck on), you preheat the oven to 275 and pop these in for about ten minutes. 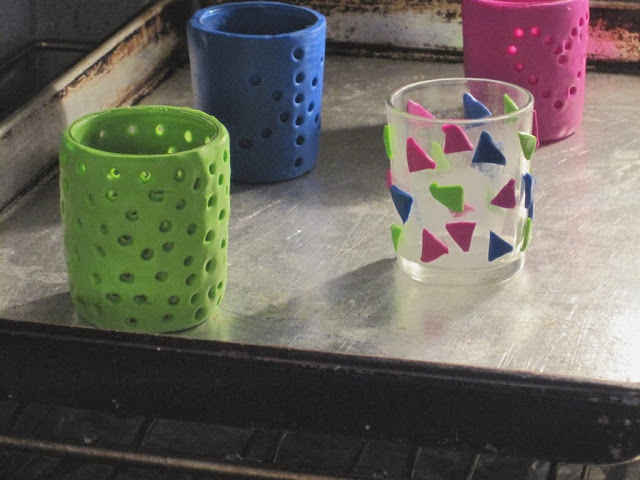 Take them out, and let them cool. Then put your candles in and light 'em up. 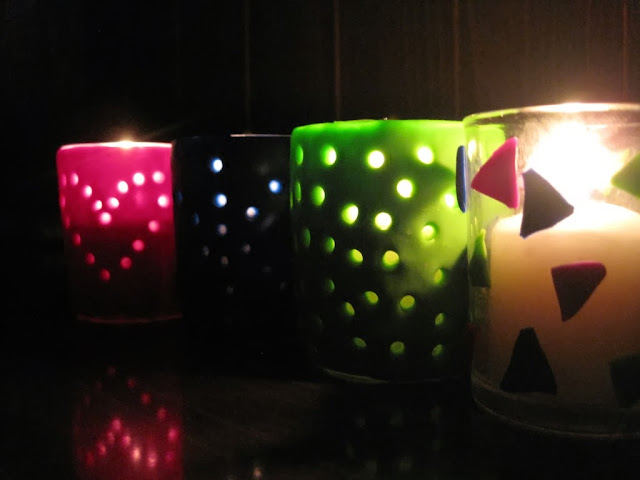 I thought I was going to hate doing this, but did it since I had paid for it. BUT once I was working on them I found myself enjoying it quite a bit. Basically you need some glass candle holders (these weren't super thin so I didn't worry about smashing them when I was wrapping them and squeezing them), and some clay that you can bake on. And some sort of poker. That's it. These things are all actually fairly inexpensive at any craft store, and would thus be a cute little gift for a child to make (with some adult supervision for the trimming and the baking). Christmas colors with cute shapes, white to look like snowflakes, red with hearts for Valentine's Day, and so on could all be really adorable. In the pic just above, see how that heart reflects nicely? Wouldn't some of these grouped on a silvered or mirrored tray twinkle just perfectly? 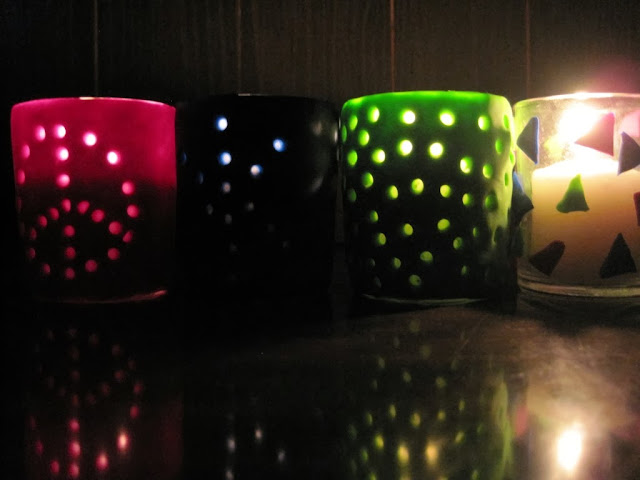 If you do give these a shot, keep in mind that the thinner you roll the clay the more the holder will glow in whatever color you rolled it, while a thicker clay wrap will mostly just show the lights through the holes.

I was absolutely pleasantly surprised with this kit. My initial thought was "Oh. Clay." But as I said before, once I got going I found it to be quite engaging. I'm working like the dickens to have most of my sewing tasks done by the end of the month so that I can be free and clear to do whatever I want, and I'm thinking I may just want to do more of these...