This Is Not My Skirt

Whose skirt is it? My sister Alicia's. As you may know I've been teaching my sister to sew here and there (we both work full-time and things have been pretty busy around here so lately we haven't been doing much) but this is her most recent creation (see her first here). She is very simple in her tastes--she likes simple and tailored and prefers a good fit and a few accessories over wild patterns and crazy details. We could have bought a pattern for a skirt, but we decided to draft our own. I had found a book on eBay from 1971 that shows you how to draft your own clothing to fit your specific measurements and achieve a good fit. 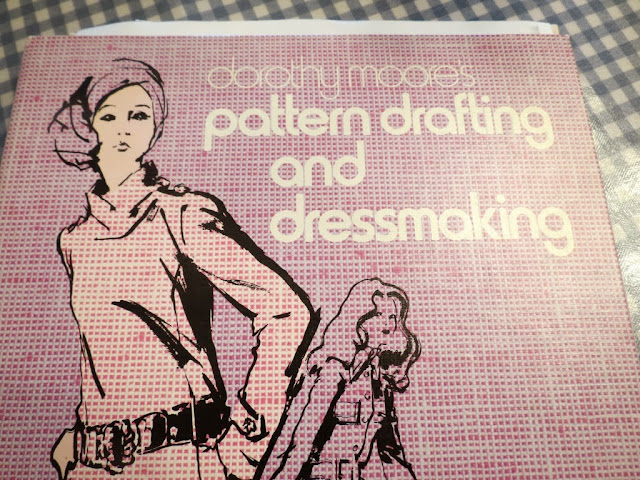 The 'original' title amuses me in its datedness -- 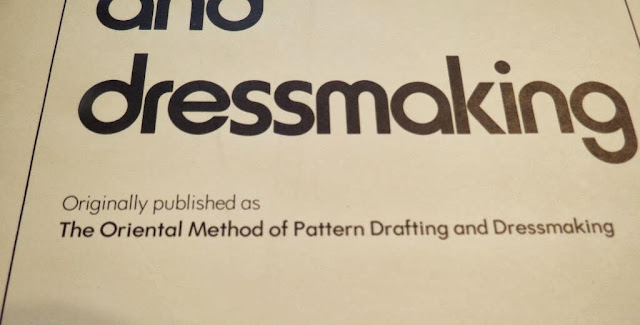 Basically you take a bunch of measurements (more than I'd ever have thought you'd need) and the book shows you what to do with them, and provides extra tips for fit. 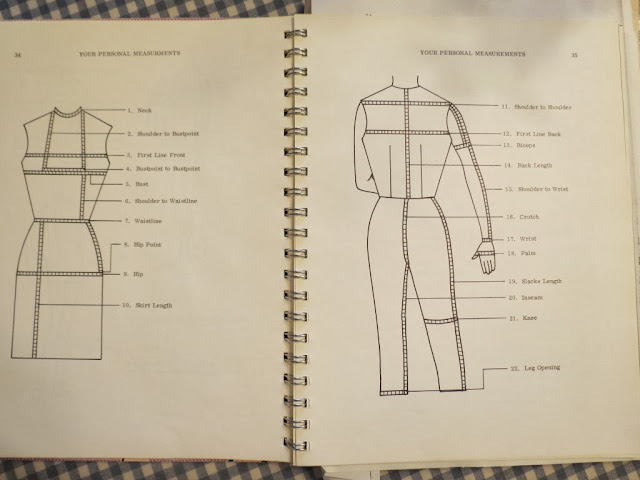 The first lesson in the book is making a straight skirt, which we easily adapted to be slightly a-line. We were instructed to add a generous amount in the bum, which my sister doesn't need (but her sister might, hehehe), which we then had to remove by resewing the side seams. We tinkered with the fit, put in the darts, tinkered some more, and finally achieved a skirt that fits her perfectly. We took notes on any changes so the next time she makes one she can just sew straight through. Anyway--here it is: 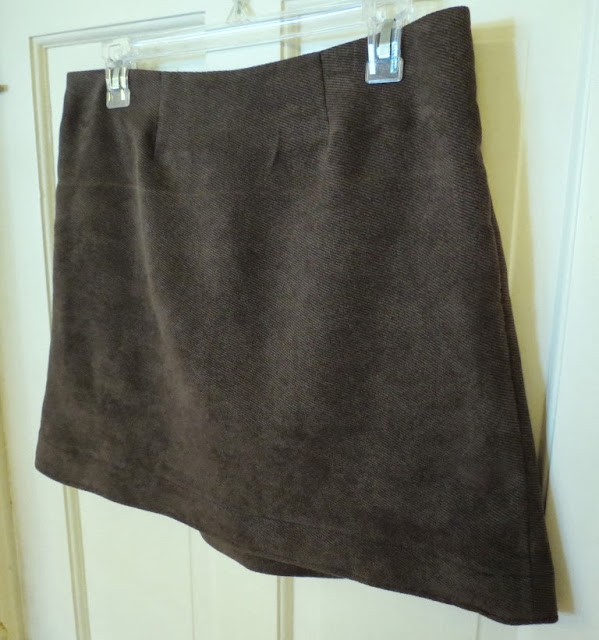 It doesn't look like much, but once it's on it really looks nice (especially with tights, boots, and a cute sweater). 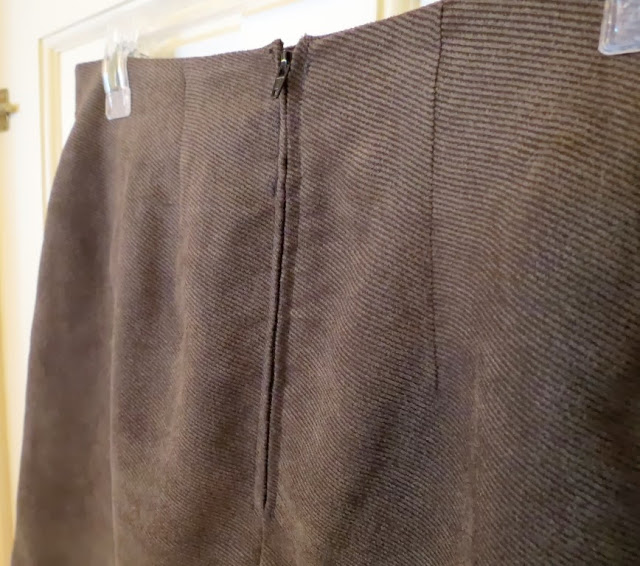 She put this zipper in with zero trouble. Down one side, across the bottom, and up the other. We couldn't find a zipper that matched, so we used black. You can barely see it, but even if you could it works much better than a poorly matching green. You can also see the rear dart action up there. 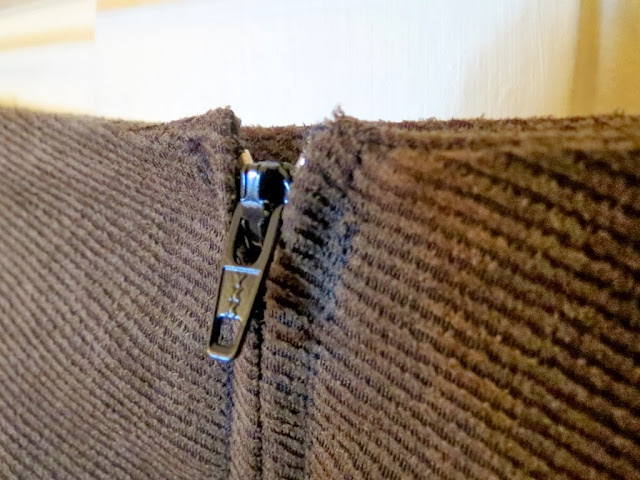 The fabric is corduroy microfiber in a dark olive green that also wants to look brownish at times. We tried very hard to get the zipper stops at the top so we wouldn't need to fuss with hooks and eyes that would be a pain to close. The textured fabric hides any stitching oopsies (if there were any). 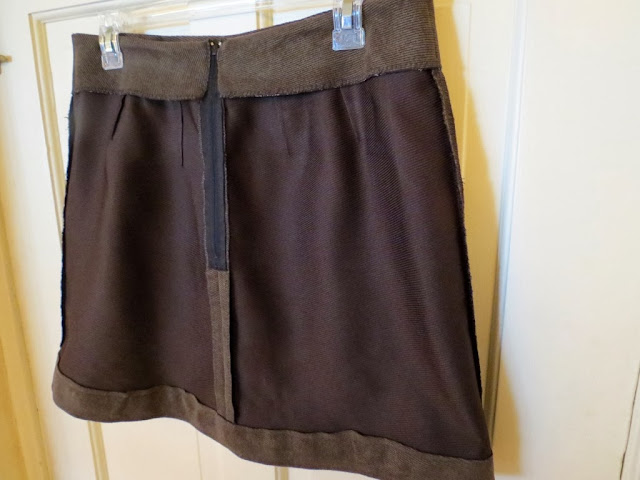 Everything looks just as neat and tidy on the inside (we're both sticklers for details but I'm better at letting things slide than she is, hahaha).

Our original plan was to make a waistband but we realized that where we measured and where she wanted the skirt to sit was going to be too high for comfort with an added band, so we went with a facing for structure and support in the tummy area. We actually could have made it work, in retrospect, since we had to take so much in at the sides. Next time... 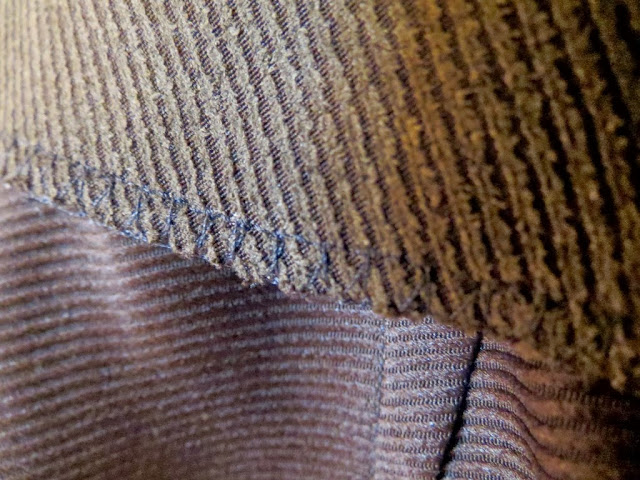 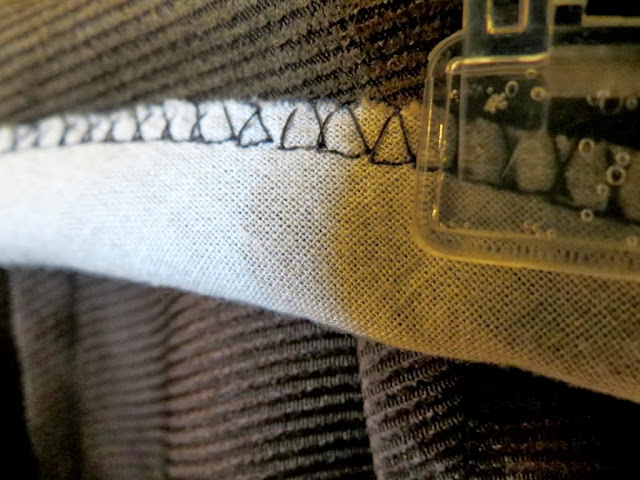 I didn't feel like getting my serger out, so I read my machine manual and found a stitch that finishes the raw edge with a look similar to a serger. Each edge is finished like so. However, it uses a lot of thread. Like a freakin' ton of thread. When we resewed the side seams she looked at me and said "Do I have to do the edge again?" She did. Not without complaint, but again--stickler for detail, sooo..... It also takes a long time to do. Like read write a novel long time. I will be getting out the serger for her next project. 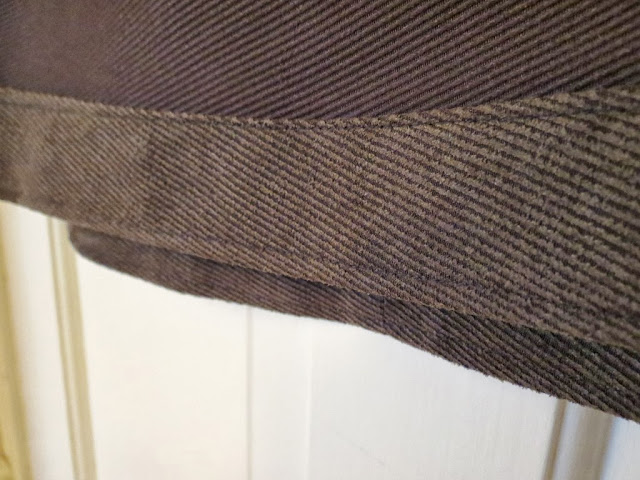 She wanted a deep hem on this, and one thing I hadn't considered was how much extra fabric would be created from folding up a wider hem to a narrower point on the skirt. Pressing didn't help much, neither did coaxing with a tailor's awl. I didn't feel like doing the whole gathering stitch method, so I introduced her to the glory that is a walking foot. I blather on about things but a walking foot is one of those things that have to be experienced to be appreciated. She had not a lick of trouble once we attached it.

One other note--you see how that hem is uneven looking? That's intentional. I used to hem skirts straight across, and then I'd wonder why they were shorter in the back (it's cause your bum hitches them up a bit). So now I hem skirts like my grandma taught my mom--one person wears it, the other measures up from the floor to wherever the hem is going to fall. This way, your hem is parallel to the floor, which is what looks nicest (unless you want an asymmetrical hem). If you haven't got a person to help with this step, they sell a nifty little gadget called a hem marker that marks your hemline while you stand still--rotate slightly--stand still--rotate slightly, etc.

So that's that. It's a skirt of much simpler construction than the red one, but the pattern drafting and fitting are where the lessons were learned with this particular endeavor. I don't know what's in store for me next with these lessons, but I have seen the fabric and it is delightful.
From the convoluted brain of Bethany at 10:04 PM