I've been in a bit of a funk for a few weeks. No motivation, no excitement. Just blah. For no reason. Usually I have a rough time in January when the excitement of Christmas is over and the winter stretches ahead (usually without the prospect of snow), but this year it's hit me in March at the end of a long snowy winter. Very unusual. Which is why a big package going plop on the doorstep last week made me so very happy.

Esther, from Happy in Red (please have a poke around--her blog is delightful) got in touch to let me know I won a giveaway she had held in December. She's quite the busy lady so it took a while for her to post it to me, but it arrived last week. It was like Christmas in March. Interesting fact: it zipped here from the Netherlands in no time at all, whereas my package took two months to travel within the same country.

This package was so full of such fun goodies it immediately lifted my spirits. Take a look! Oh, sorry for the ick photos. I took them last week in bad light. If you want to see good photos of what I won, check out Esther's giveaway post here. 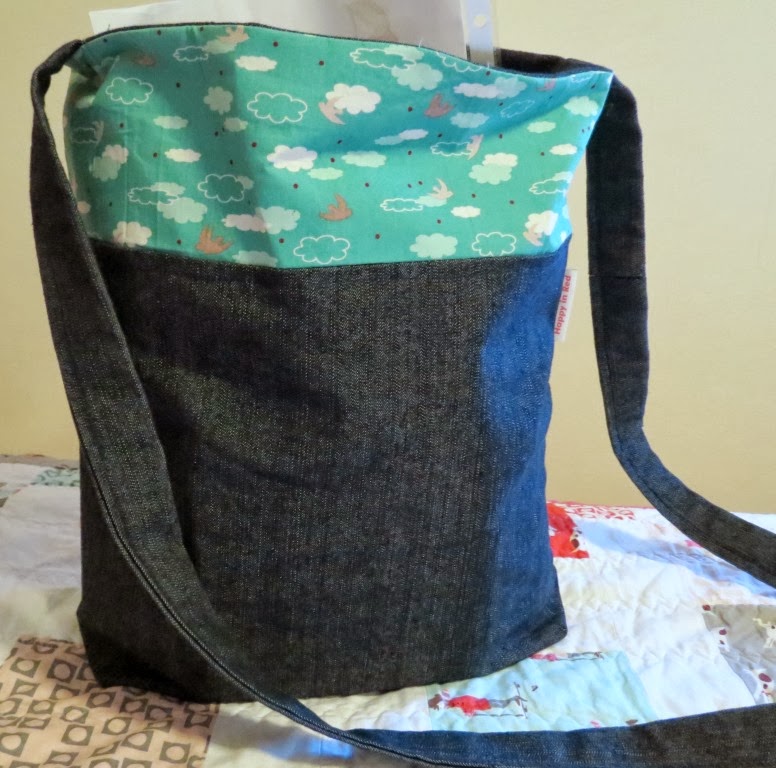 First, everything was in this totebag that she made. I rarely make bags for myself so it's fun to receive one, especially one that's handmade. This thing was crammed full of stuff. 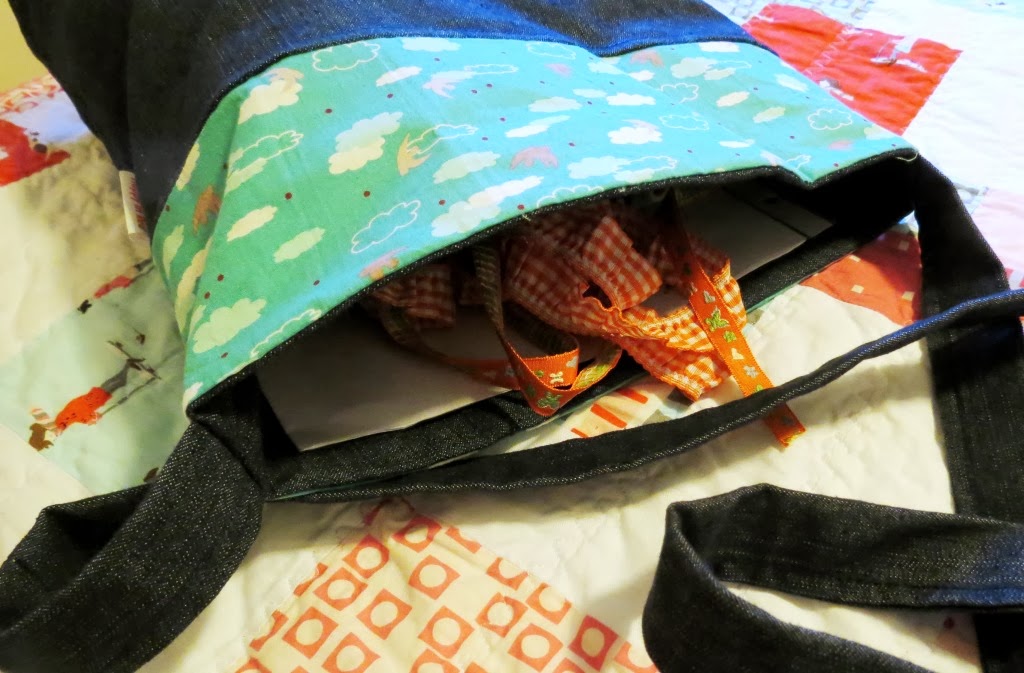 Let's dump it out, shall we? And then arrange it neatly, of course. 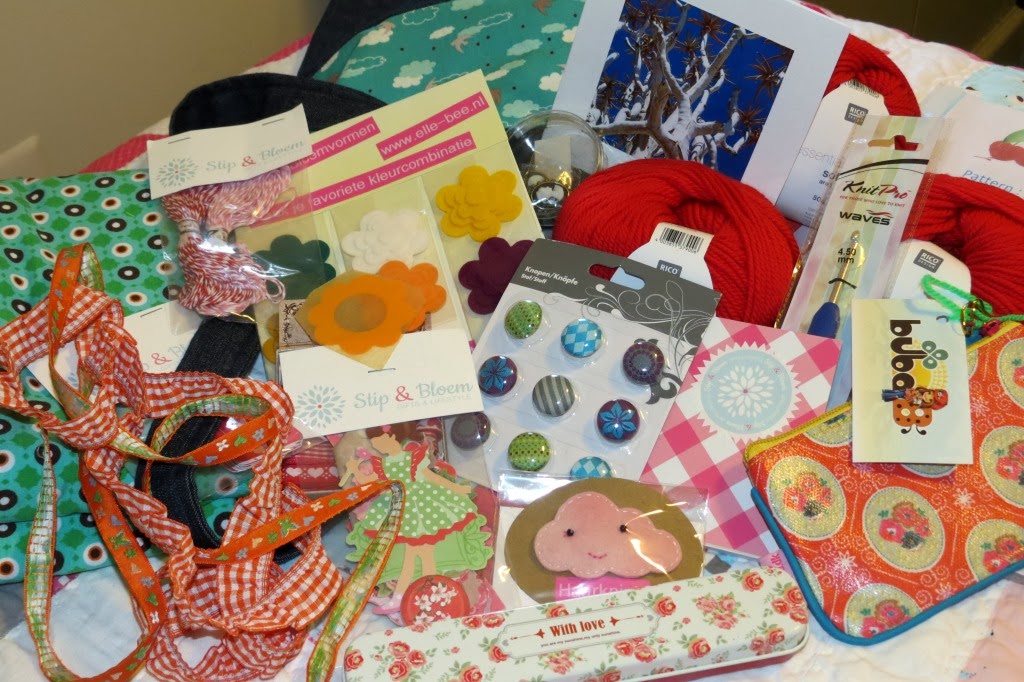 Such fun stuff! Some knit fabric (on the left), and some ribbons and trims to match. A few balls of some of the softest yarn I've ever touched (in my favorite color--woot!) and a crochet hook and pattern to go with it. A cute change purse, some fun paper goodies, buttons and trims, I don't even know what else. 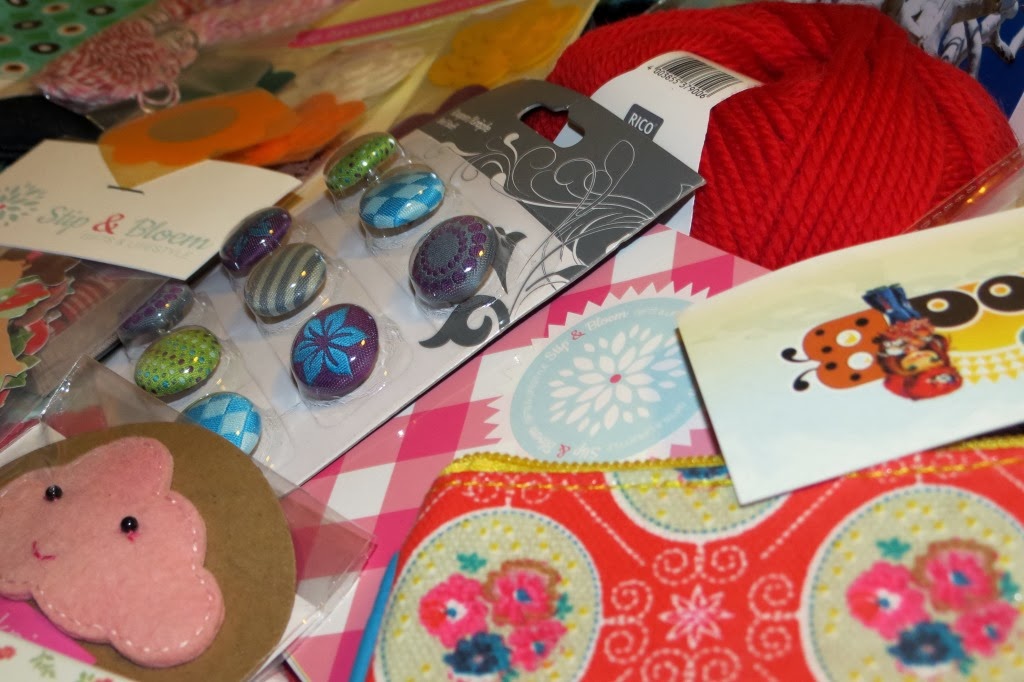 OH! There was baker's twine, a package of ribbons, that delightful pink cloud brooch, a cute pink notebook--all kinds of stuff that was right up my alley. 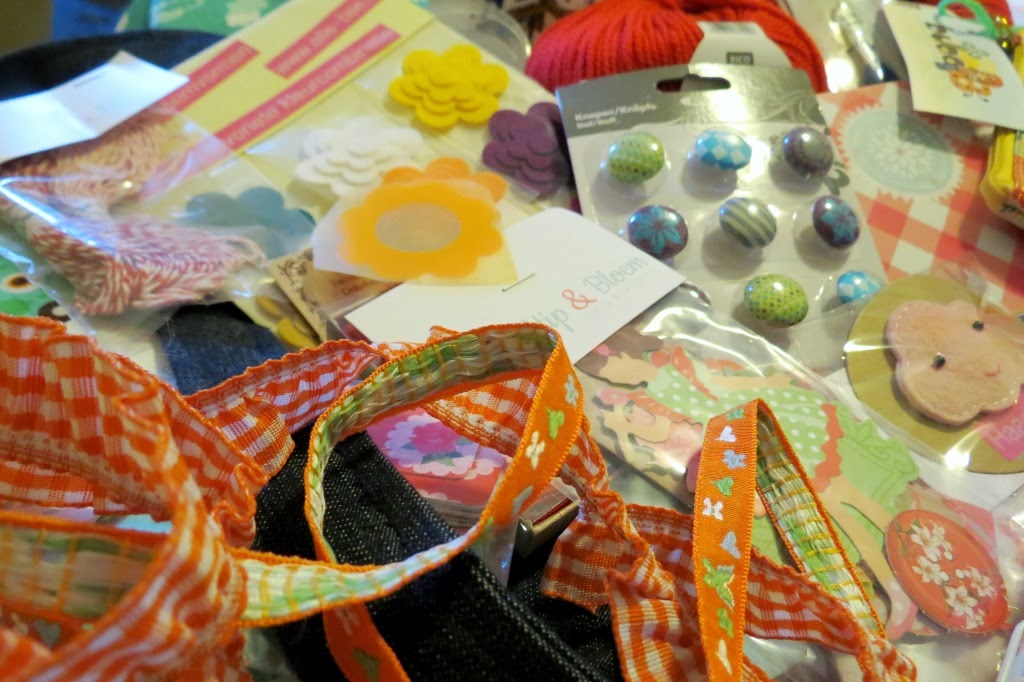 Why does it always seem that OTHer countries have all the awesome stuff? It seems that I can search high and low, and all I come up with is big box stuff. But it seems like Europe and Japan have tons of unique, kitschy products to choose from. I dunno, maybe they feel the same way about THEIR stuff, but I don't know how--it's so super fun. 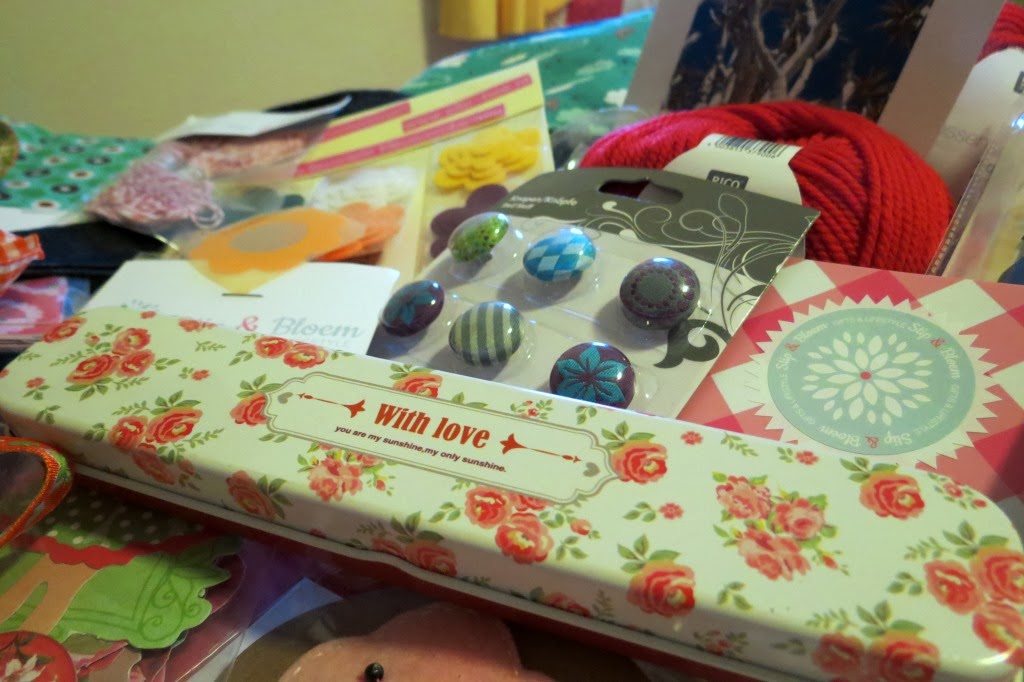 One of my favorite things was this pencil tin (or hook tin, or whatever kind of tin). When I was younger there was a Korean girl in a lot of my classes, and she always had the most interesting stuff. I'd ask her where she got it, and she would always say her aunt sent it to her from Korea. I was so jealous as I've always been a fan of trinkets and junks (as my mom calls them). I'd have a felt a little less so if I had this pretty little box for my pencils then.

I sat with everything spread around me, grinning at it all like a kid on Christmas who just emptied his stocking and doesn't know where to start. A Christmas in March is just what I needed.
From the convoluted brain of Bethany at 10:11 PM