Months ago I bought a crepe paper poppy kit. It was on clearance at Joann's for just a few dollars, but it's the exact same as this set on Amazon. I was overtaken by a sudden whim to put them together, in that Shia LaBeouf sort of way. So I did. And now I have nine gigantic poppies. I should have ten, but some of the papers stuck together and I didn't realize it until the end and then felt kind of "Eh whatevs." So nine. 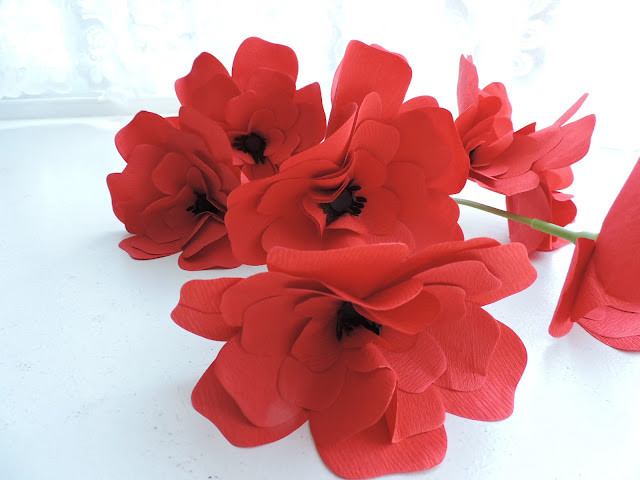 I need to fluff them up a little bit more, but they sure do add a nice pop of color. 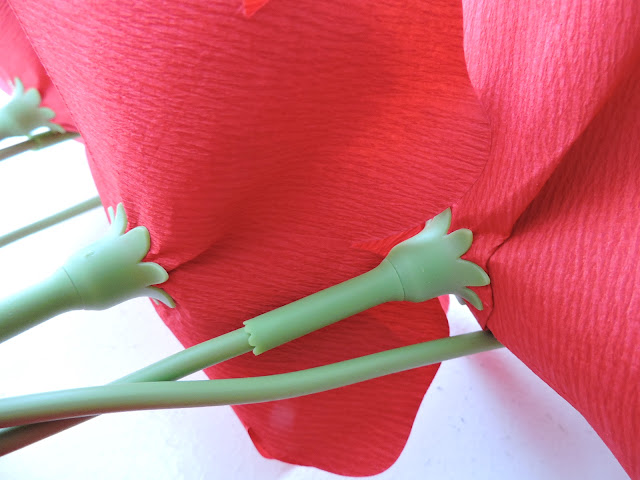 I think it took me about ten minutes to make them all. You layer up the papers, poke a screw down through the top, which screws into that green petal looking thing, which pops onto the stem. Finito. 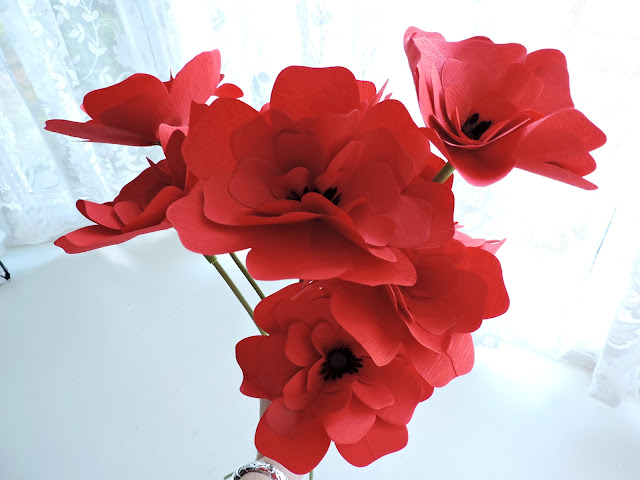 Poppies have become a symbol of remembrance for soldiers who have died during wartime (In Flanders Fields). Last year, in the moat surrounding the Tower of London, was the beautifully sad (in the most poetic way) art installation of Blood Swept Lands and Seas of Red in commemoration of the centennial of the start of World War I. Here in the States poppies are probably most popular for putting Dorothy and her friends to sleep in The Wizard of Oz, unless you've seen the 'Buddy Poppies' made by veterans for fundraising purposes: 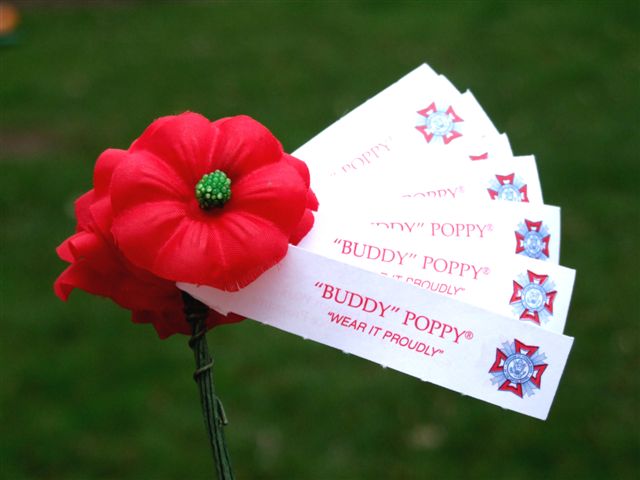 I remember seeing these when I was younger and not knowing what they were for (but had adults who certainly knew to explain it to me). I'm pretty sure that kids today would have absolutely no clue the meaning behind this simple flower, and I wonder if their parents would either... As Veterans' Day nears I'm going to look a little more pointedly to see if I notice these anywhere.
From the convoluted brain of Bethany at 7:30 PM